“Blank”, the feature film directorial debut from Natalie Kennedy, is a smart indie thriller that delves deeper than expected. 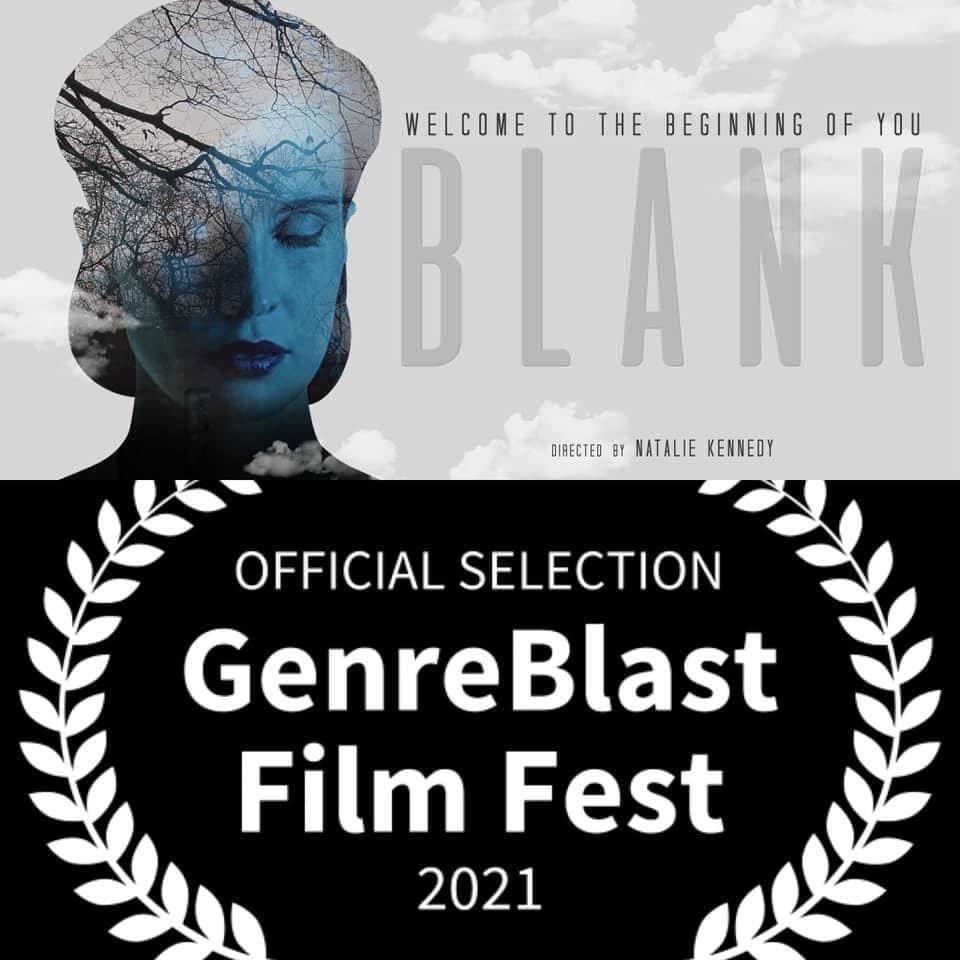 How much of creative writing is talent (natural or otherwise) and cool ideas, and how much of it is just old-fashioned hard work? It’s a question I ponder quite often, though I have yet to come up with a valid answer. I suppose, like most things, it really depends on the writer’s state of mind.

All of the great ideas in the world mean nothing if they are never properly written down and explored. Conversely, putting in the hours and mastering the rules of written language does not necessarily equate to being able to craft an enjoyable read.

While reviews themselves rarely pose a challenge (the topic is already set, all I have to do is add some flourishes to my opinions), in my personal creative writing, the battle between the two tends to rear its ugly head quite frequently. Talent or effort? Skill or perseverance?

And though “Blank” may not be asking those same questions directly, they do float around in the background. In spirit and in subtext.

This little “indie film that could” is honestly the only movie I can think of to genuinely broach some of the lesser-seen aspects of writing.

Even if it does so in a roundabout fashion.

The mere fact that I was pondering work vs. talent after watching the movie tells me that Blank is more than just entertainment. The film actually has something to say.

Work vs. talent aside, Blank is actually much more of a rumination on the nature of writer’s block. On the ways in which it can figuratively trap a writer (and literally as well, in the case of this particular film). In fact, I wasn’t quite prepared for just how effectively Blank manages to capture the frustration of said topic. Maybe it’s because it hits very close to home.

The film itself feels like a feature-length episode of Black Mirror. As that is one of my favorite streaming shows of all time, the comparison is high praise indeed.

Much like most of the BM episodes, Blank is partly a cautionary tale about the dangers of technology. In this case, a smart home where every function is controlled and monitored by a dedicated artificial intelligence.

The plot synopsis reads as follows: A desperate writer signs up for a fully A.I. operated retreat to cure her writer’s block, but when an unforeseen software glitch occurs, she gets trapped inside her unit with an unstable android and no communication with the outside world.

And yes, on the surface that is exactly the film we get.

But director Natalie Kennedy, working from a script by Stephen Herman, imbues Blank with several undercurrents. 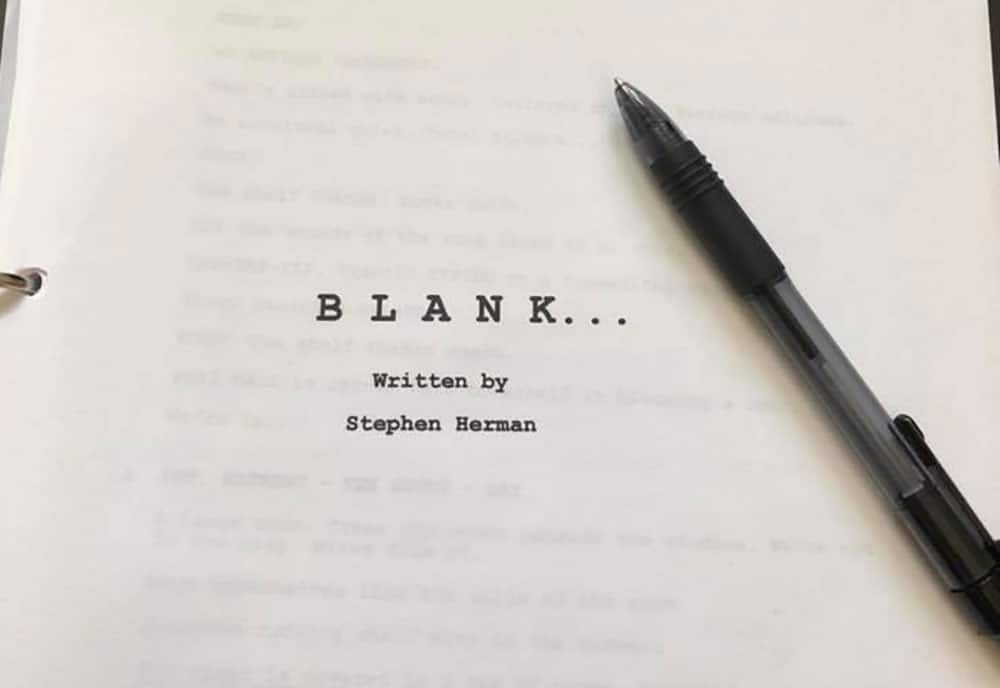 Writer’s block is one. The question of forced creativity is another. Can an artist, if pressed and pressured, forcibly create something worth creating? Or must they be allowed freedom? Without the constraints of a deadline?

Blank also throws one or two curveballs into the mix.

Most notably of which is the frequent asides that take place while the main character Claire is working on her story; asides that include a young woman living with a dangerously unstable mother.

Are they flashbacks? Visualizations in Claire’s head as she creates? Something else entirely? In the interest of avoiding spoilers, I will keep disclosures to a minimum. Suffice to say that what is taking place may not entirely be what viewers expect. And while none of the revelations that take place in Blank are particularly surprising, they do fit well within the confines of the narrative.

Actress Rachel Shelley brings a mixture of vulnerability and aggression to the role of Claire, the film’s protagonist, and our proxy into the events that take place. 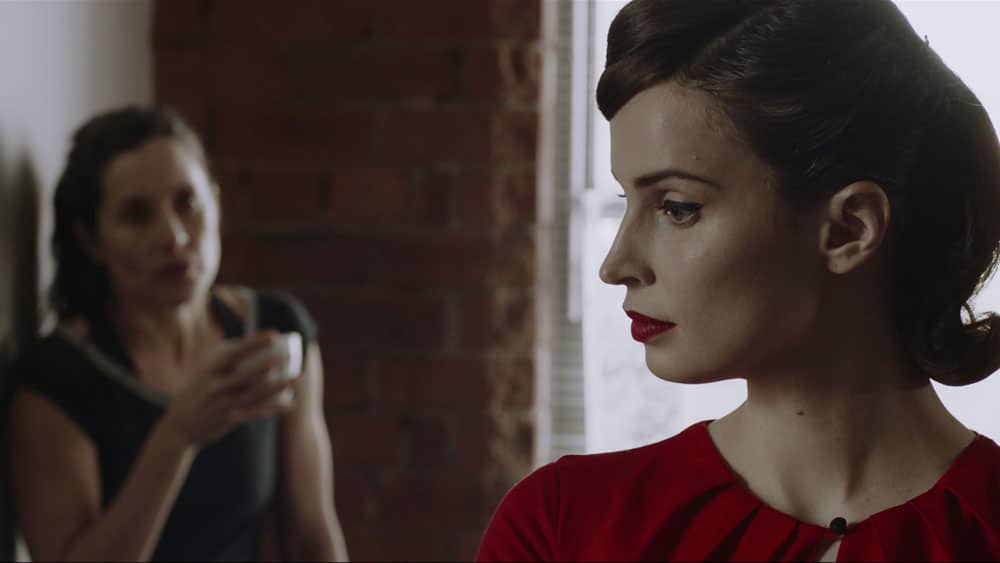 Given the fact that she is in nearly every single scene, Claire has to be someone that the audience can root for. Ms. Shelley manages to give Claire a somewhat cold and introverted vibe, but never to the point where she’s callous or haughty. It had to be a difficult tightrope to walk, but the actress proves more than up for the task.

Outside of all that, however, Claire does come across as slightly lost or befuddled. As if she’s in over her head. It was a performance that didn’t sit well with me at first. But once certain story beats were uncovered, the choices for her character’s behavior became obvious. And from that point on I was sold.

The android Rita is played capably by actress Heida Reed.

I always have a quiet sort of respect when a performer is required to limit their emotional output in order to play a robotic character. Some manage it. Others don’t. But Ms. Reed absolutely nails the little mannerisms and odd motions that a synthetic person would possess. Especially the artificial grace in which she goes about her daily routines.