This month on the Guilty Pleasures podcast, a few special guests join us to get Troma-tized with the totally non-PC film “Poultrygeist”.

EPISODE SUMMARY
We ran a poll on social media platforms to see which film we would look at in our Troma edition of the series between Citizen Toxie: The Toxic Avenger IV and Poultrygeist: Night of the Chicken Dead. And by a fine margin, you demanded Troma’s ultra gross-out sendup of musicals, capitalism, activism, and zombie films. 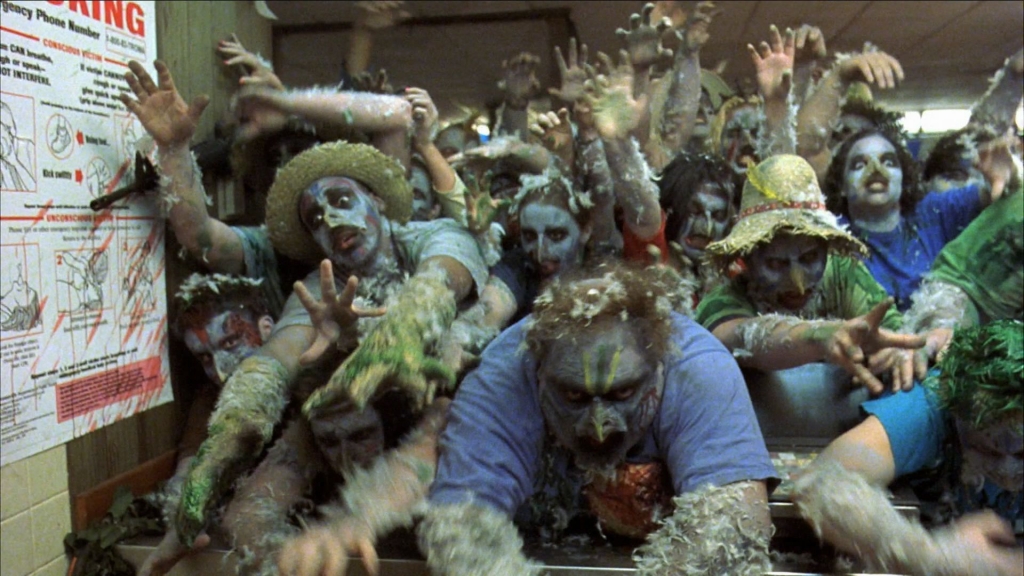 Alongside NHE host Scott Murphy, we have some great former guests joining to dive into this bucket of extra crispy carnage.

Tune in to hear Murphy and his guests, Mutant Blast (produced by Troma) director Fernando Alle and They’re Outside co-directors Airell Anthony Hayles and Sam Casserly, attempt to decipher all the usual Troma-level madness. The four marvel at all the various inventive kills in the film and note that our protagonist, Arbie, comes across a lot less likable now than he maybe did back in 2006.

You’ll also get some great behind-the-scenes Troma information from Fernando (who worked on Return to Nuke ‘Em High), while learning about this movie’s troubled production. The four also discuss how the direction of a joke matters in comedy. 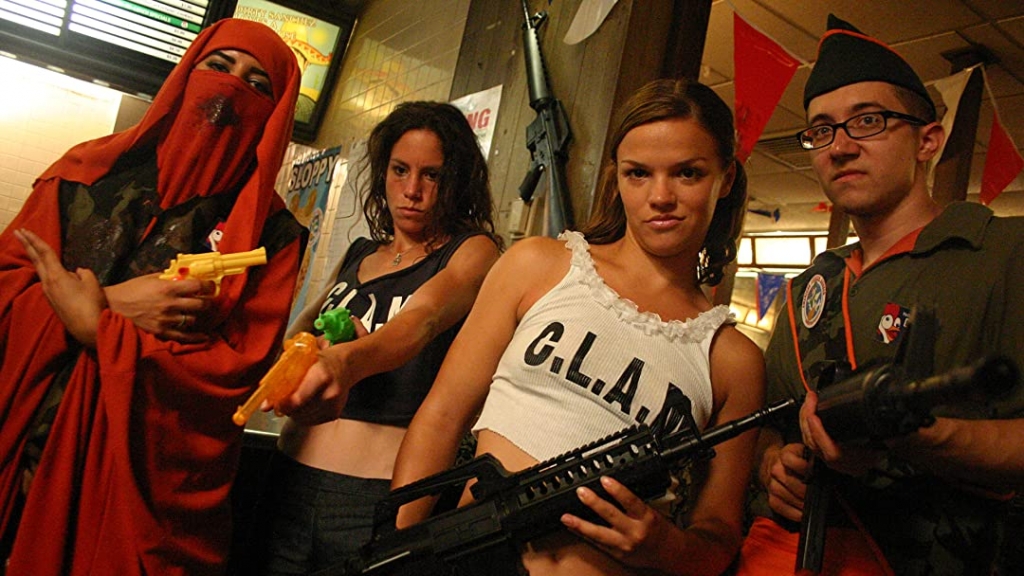 Plus, for the die-hard Troma fans, you’ll love the detour through Troma history — with a discussion about Citizen Toxie: The Toxic Avenger IV, The Toxic Avenger, Class of Nuke ‘Em High, Sgt Kabukiman, Surf Nazis Must Die, Combat Shock, and others.

You can watch the trailer for Poultrygeist here. You can buy or rent the film on Apple iTunes, Google Play Movies, Vudu, or YouTube.

Listen to Fernando’s previous appearance on the show here.

Listen to Airell and Sam’s previous appearance on the show here.