Horror reflects our collective fears and uncertainty in a profound way, and IHSFF 2021 showcased this with a remarkable slate of programming.

After seventeen industrious years, the International Horror and Sci-Fi Film Festival (IHSFF) continues to do what it does best. Like music conductors, its programmers strategically blend the diverse themes of each year’s films into a finite balance while setting the tone of what is to come for Horror.

We spoke with the festival’s director, Monte Yazzie, and asked him what made 2021 unique from the past years’ programming line-ups?

“I feel the films this year are tapping into the anxieties we’ve felt over the last two years: the changing times, the isolation, the fear of the unknown, opening up and exploring the subject matters at hand with greater introspection.”

For ten glorious and splattered days, we attended the crowd-pleasing IHSFF to give you the scoop on the year’s most impressive must-see genre offerings.

THE PAST WILL BITE! 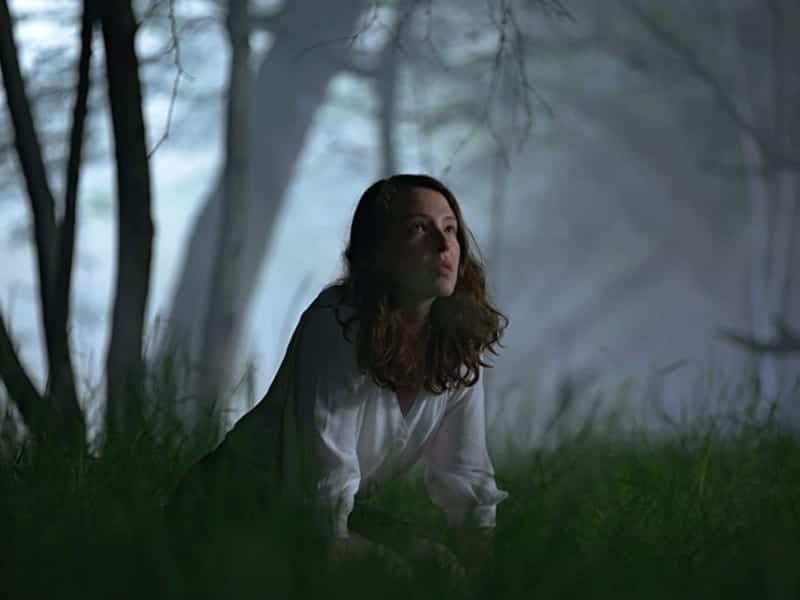 Annes Elwy from The Feast

Given the state of the world, it’s not surprising that psychological horror titles dominated the fest, along with many films about taking chances. In the end, the last act is what you make it. And in times that feel apocalyptic, this resonates in a big way. It also seems that this year is all about having a point of view — and not being afraid to own it.

Synopsis: A family (Lenny Thomas, DeShawn White, and Oghenero Gbaje) shows up at their parent’s cabin to find them dead from a mass shooting. While capturing the shooter (Nick Damici), he indicates a demonic force is to blame. They fight to survive the night while testing the realms of good vs evil lurking all around them.

Covell is smart at playing on our intuition and senses through editing, transitions, and camera work. Beliefs hold power, and the narrative of Blood Conscious allows the audience to explore demon vs human nature in today’s cultural and historical climate.

Synopsis: An elaborate dinner party in rural Wales brings the arrival of a young server, Cadi (Annes Elwy) who is to help with preparations. As plans proceed for the evening, so does a string of events both unhinging and distressing just in time for the feast.

Filmed in Wales, subtitled, and spoken in Welsh, The Feast is a visually stunning experience and I LOVED it!  Williams draws you into the atmosphere throughout the whole film, whether in the countryside or within the house. Through the different camera angles, there is a feeling of “being watched” allowing you to feel a sinister presence. The buildup of the plot, controlled sound, and quietness are characters themselves.

Elwy’s performance as Cadi in each frame of the film is bewitching.

ISOLATION, YEARNING, AND THE SLOW BURN 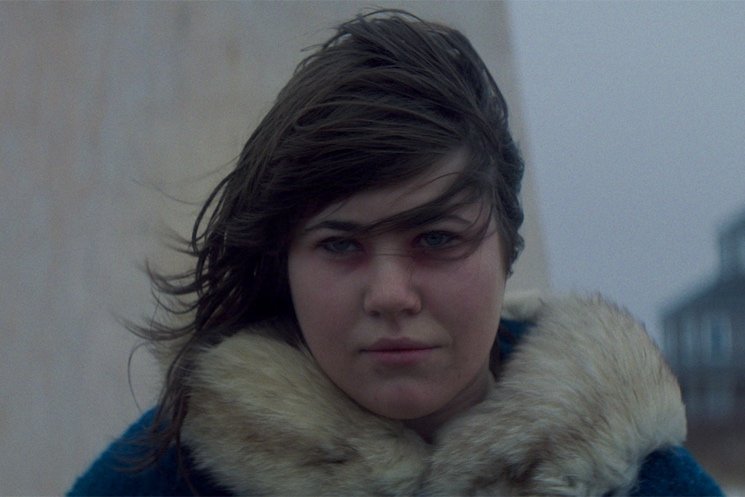 Teagan Johnston from The Strings

Through the lens of isolation and yearning, we often develop a sharper image of who we are and what we want. There is hope in the void of loss and loneliness — the chance for new beginnings and emotional growth. But there is also a darkness that threatens to consume us when these emotions take hold and devours the light. At the intersection of possibility and futility, there is horror.

Synopsis: In the desolate winter near the beach, a musician arrives at a vacationing home to do solo work on her album, but a menacing figure begins to play on her senses and isolation.

Catherine played by the remarkable Canadian singer and musician Teagan Johnston paints the screen with isolation and questioning. Glover’s direction and breathtaking camera work take in the photographic moments of stillness. You can see his stylistic approach in many of Johnston’s music videos, such as Dig Up My Grave and Witness, and how he brings an unearthed and dark matter to human emotions.

This film has been on my mind quite a bit. I’m still haunted by it. I enjoy visually hypnotic films like Jonathan Glazer’s Under the Skin, and The Strings played on my senses.

For me, there is a need for the film to be more cohesive at the very end, and I wanted some more reactions from Johnston, but I’m also mesmerized by her performance. Perhaps Glover intended that the reactions be mostly saved for the audience.

Can the aspects of music, silence, sound effects, and a landscape be characters in a movie? Absolutely! The Strings quietly lures you in before really ramping up the tension. My heart was beating rapidly in the last half of the film while I held onto my jacket for dear life.

Synopsis: Kyoka (Ayaka Nakagouchi) purchases a humanoid named KAI (Kosei Kudo) and over the next twelve months, they form a relationship that draws the lines of boundaries and intimacy to an unexpected event between human and droid.

12 Months of KAI is a strong and original storyline showing Kameyama’s precise talents in capturing the environment of these two characters naturally without a heavy musical score. Eighty-five minutes for this type of stylistic film was exactly what was needed, and Kameyama understands how to perfectly pace a story. 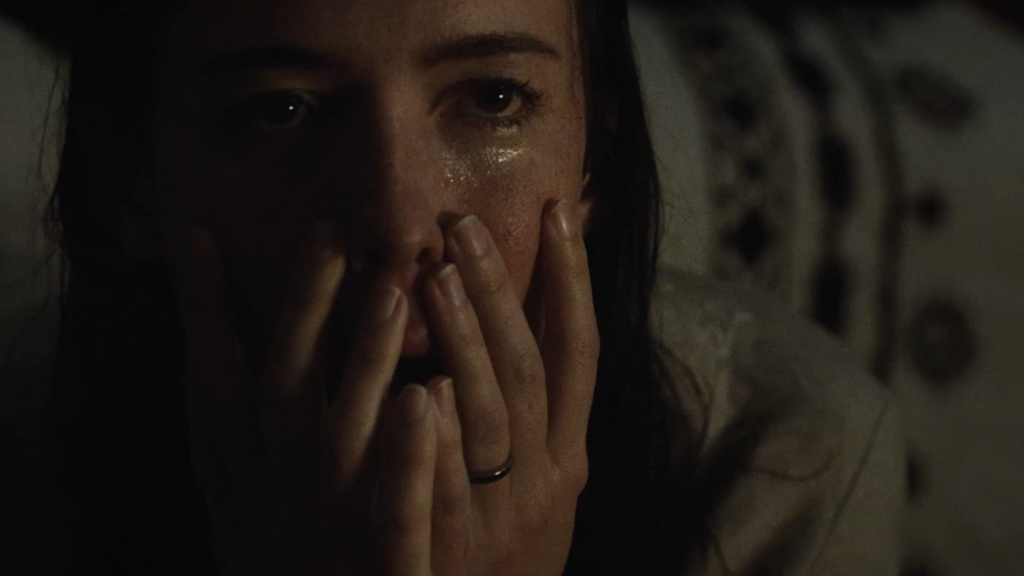 Rebecca Hall from The Night House

Festival standouts included films that dealt with powerful subjects of grief, loss, and the deeply affecting way that trauma haunts us long after the initial blow.

Beth (Rebecca Hall) starts to dig through her deceased husband’s belongings after encountering a ghost-like presence at the lake house he built for her. Hall’s performance in The Night House is one of the best of the year, and the film lingers on long after it ends for the viewer thanks to the unexpected turn of events.

Take Back the Night – Director by Gia Elliot

Jane (Emma Fitzpatrick), a social media influencer is attacked by a monster at night after leaving a party. Her past is thrown against her while authorities and family question the reality of her trauma, she fights to prove her innocence and the truth about her assault.

Fitzpatrick is a magnificent and consuming talent that brings me in easily to her predicament. The director, Gia Elliot, I feel has a strong intellectual talent for capturing the human experience. What is even more admirable about Take Back the Night is that it is co-written by Elliot and Fitzpatrick, showcasing a true collaboration between actor and director.

WE NEED TO LAUGH AGAIN!