Nightmares Film Fest: What Happens Next Will Scare You

“What Happens Next Will Scare You” is an extremely clever, wickedly fun Halloween treat for fans of found footage, anthologies, and horror comedies. 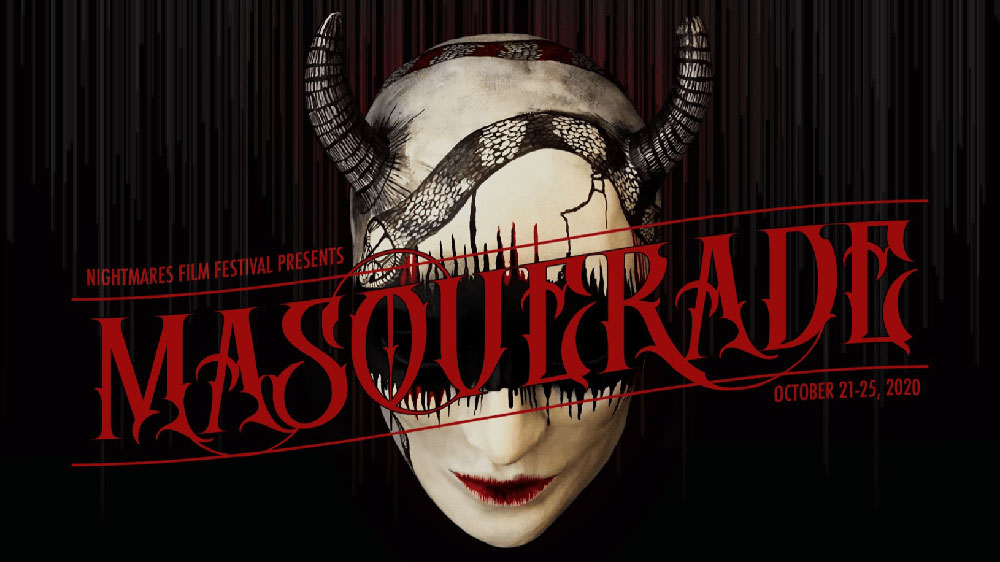 The virtual Nightmares Film Festival: Masquerade kicked off today (October 21st), bringing horror fans an immersive five-day digital showcase. For night one of the fest, I tuned in for the world premiere of the highly anticipated new horror anthology, What Happens Next Will Scare You. Described as “clickbait horror satire,” the film is the latest from Writer/Director/Producer Chris LaMartina and Writer/Producer Jimmy George, the duo behind the nostalgia-fueled, modern cult classic WNUF Halloween Special.

It’s almost Halloween, and a group of overworked clickbait writers for a struggling website are forced to stay late and pitch their ideas for a new listicle on the top thirteen scariest viral videos. Their no-nonsense boss, June (Kalima Young), is especially grumpy because she’s been tasked with laying off part of her staff. Thus, she uses this pitch as an opportunity to determine the dead weight on her team. Only her editor, Rachel (Melissa LaMartina), is aware of the dire situation. Everyone else is just annoyed they are stuck at work on a Friday night, forced to write garbage content.

In an extremely clever setup, the four members of June’s staff take turns going around the table and sharing the clips they’ve compiled for the article. Each of them has 15 seconds to set up their clips before trying to impress their boss with what they’ve found. The rules are simple. June wants the weird stuff, not the real life horror: no terrorist beheadings, no police brutality. She’s looking for ghosts, UFOs, and things that make people squirm.

Through the clips they have chosen, more about each writer’s personality is revealed. Rachel is the more seasoned, “serious” journalist of the bunch. She longs for the days when Click Clique published respectable, award-winning investigative journalism. But June reminds her that hard hitting content doesn’t pay the bills. Rachel’s clips are more researched and grounded in reality. For her, it’s more the story behind the clips — including a dead girl who disrupts a child’s birthday party and a serial-killing clown — that she finds terrifying.

In contrast, the analog-loving entertainment reporter Eugene (Johnny Marra) has a taste for urban legends and truly believes in the veracity of clips featuring the likes of Bigfoot-like creature and a demonic possession.

Meanwhile, the snarky fashion writer Vanessa (Kathy Carson) shares a four-part video of an obnoxious, teen vlogger who died under mysterious circumstances. And music writer Lester (Troy Jennings) kicks things off by sharing a video he made of him playing a record he bought on eBay, which he claims is an extremely rare audio recording of a native American death song. Legend has it that the record can bring back not only the souls of the deceased but also evil spirits — and whoever listens will be cursed.

As the group continues to go around the table sharing a variety of increasingly strange internet clips, they are oblivious to the strange events happening right outside the conference room doors.

It seems that cursed record may be more real than anyone suspected. And intern Myra (Rachel D. Wilson), Chuck the security guard (John Bennett), and the socially awkward janitor are forced to deal with the repercussions.

Like WNUF Halloween Special, the filmmakers make brilliant use of an extremely low budget with a clever twist on found footage and a wonderful nostalgic charm. 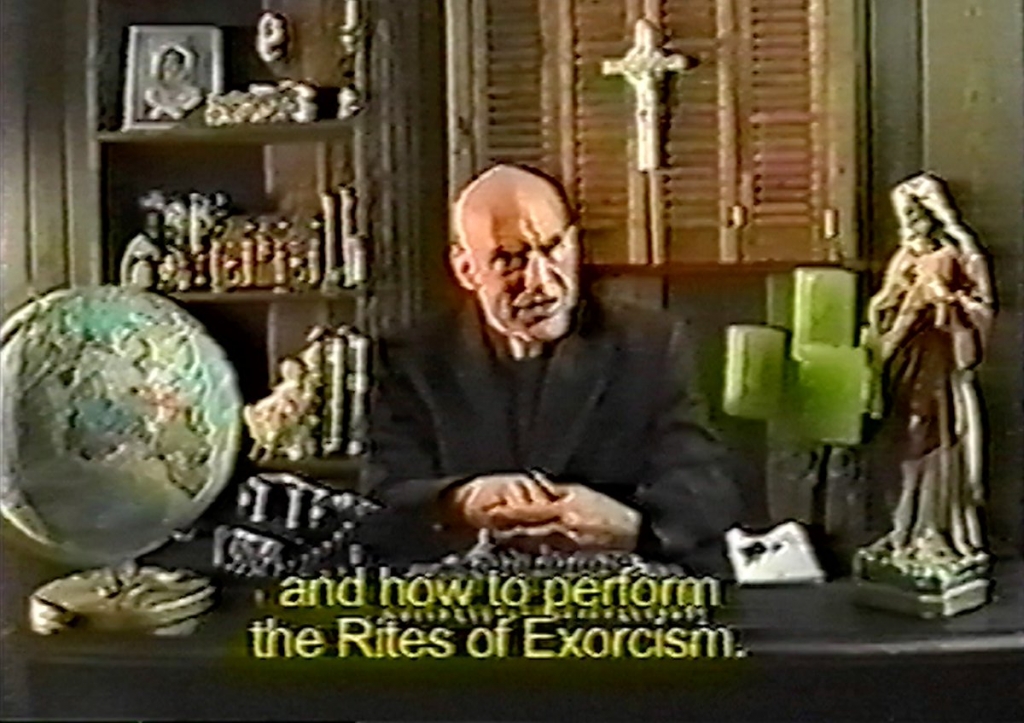 It moves at a quick pace and keeps things interesting and engaging by showcasing a variety of weird clips, all very different in style and tone. And at only a little over an hour, it’s a fun, fast-paced watch that never has time to drag or wear out its welcome. While none of the clips are actually scary, a fact that June herself bemoans in the film, it’s still entertaining to see what will happen next. It also works exceedingly well as a commentary on click-bait itself, as the videos shown consistently fail to live up to their promise, as set up by each of the writers.

A horror comedy, this is a film far more focused on the comedy than the horror. And most of it works quite well. There’s plenty of humor at the expense of click-bait websites and hipsters, including when the fashion blogger asks for help finding pictures of ‘sexy holocaust survivors’. There are also some really creative and amusing death scenes that I won’t ruin here. The gore is more comical and over-the-top than anything, but it works perfectly with the overall tone and endearing silliness of the film.

In addition to lambasting internet culture, What Happens Next Will Scare You skewers a slew of genre tropes, films ranging from The Exorcist to The Conjuring, and old television shows like Unsolved Mysteries. It’s all done with an obvious affection for the material being parodied, while the “real” horror seems to be the death of journalistic integrity.

What Happens Next Will Scare You is the perfect Halloween party film. 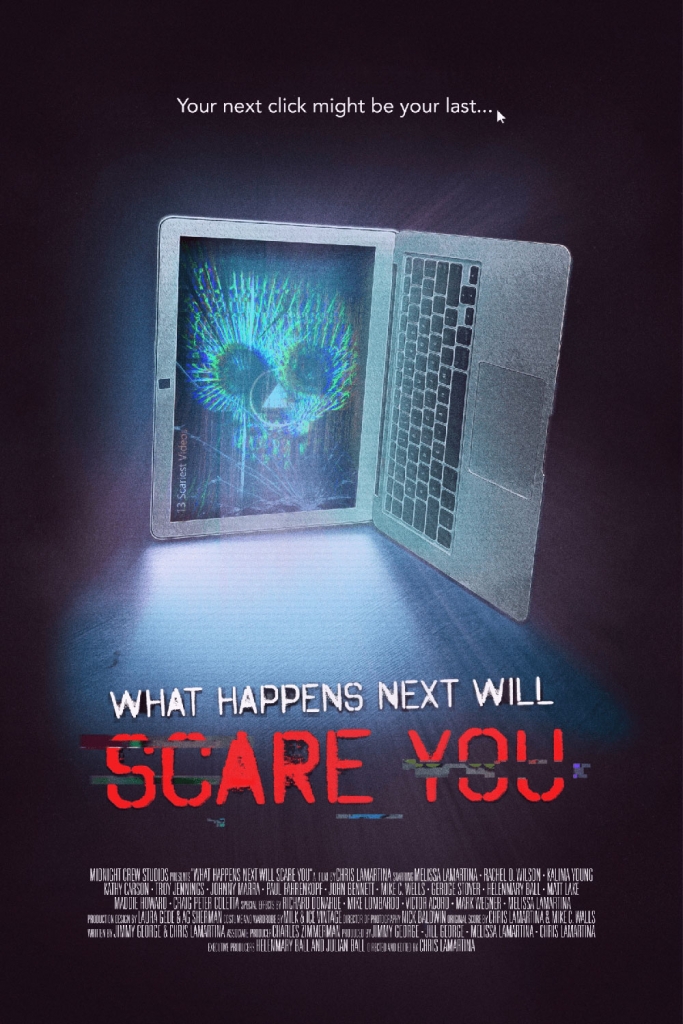 I strongly encourage you not to miss it as it streams now through October 25th at the virtual fest. Tickets can be purchased for $15. The film is also nominated for “Best Horror Comedy” and “Best Writing”, and I can’t wait to see how it fares during the fest’s live awards ceremony.

Head over to Eventive to unlock the stream right now.

While you’re at it, you should also check out WNUF Halloween Special, now streaming on Shudder.

Nightmare Film Festival: Masquerade is happening Oct 21st and ends Oct 25th. Experience 150 of the best genre films in the world, available on demand, and 18 extraordinary live experiences — all for one price and from the comfort of home.