Headlines and Horror: The Masque of the Red Death (1964)

WHAT HAPPENED THIS WEEK?
The United States surpassed 13 million confirmed coronavirus cases Friday. Overall, the U.S. has recorded more than 3.8 million new cases in November, by far the highest of any month since the pandemic began. Experts have advised that indoor home gatherings are the primary places where coronavirus is spreading. In spite of that, millions of Americans defied CDC guidelines and traveled for the Thanksgiving holiday, which many health experts warn could become a massive super spreader event.

“And Darkness and Decay and the Red Death held illimitable dominion over all.” – Edgar Allan Poe

Another fictional take on a pandemic? Yes. But Poe’s most famous tale eerily anticipated some of our dismissive attitudes about the dangerous spread of disease, either as a result of willful ignorance or crass indifference.

Poe’s story is set several months after the outbreak of a plague, known as the “Red Death”. The boorish Prince Prospero (Vincent Price) has holed up in one of his luxurious abbeys to wait out the threat, along with 1,000 invited guests from among the kingdom’s elite. With half the population dead from disease, Prospero holds an extravagant costume ball for his friends. 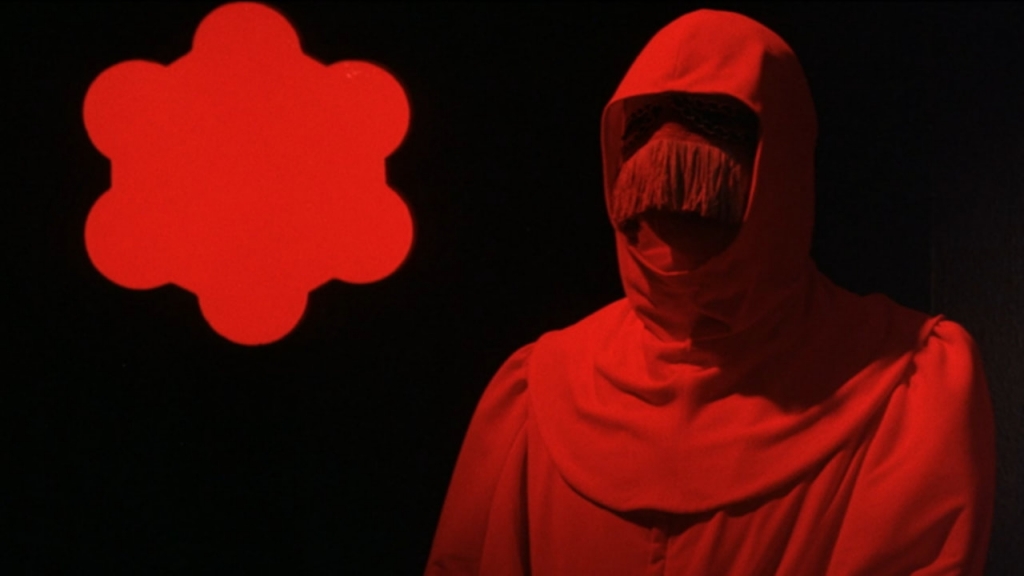 Walled up behind iron gates, and well provisioned with all the trappings of aristocratic indulgence, Prospero and his guests feel entirely insulated from the pestilence that has devastated the country. To them, the plague is the problem of the poor.

The COVID pandemic has highlighted the fact that the ability to deny or downplay the threat of the disease is a matter of privilege. Prince Prospero had the means to isolate himself and his friends for months. Similarly, many of us are able to isolate for the sake of our own health. We may be able to work from home without financial risk. If we’re young and healthy, we may feel confident in our advantaged state of health. But outside our doors, millions are not so lucky.

For months, conservatives have tried to diminish the virus, despite a shocking death toll. The President himself scoffed at precautions like masks and social distancing. He held parties at the White House with members of his inner circle. Despite the known risks, they thought they were safe, protected by wealth and privilege and power. Now, the White House is a castle haunted by disease.

Because, as Poe shrewdly cautions in The Masque of the Red Death, it may be the poor who get hit first and hardest —  but the plague does not discriminate. And hubris only leads to “darkness and decay”. 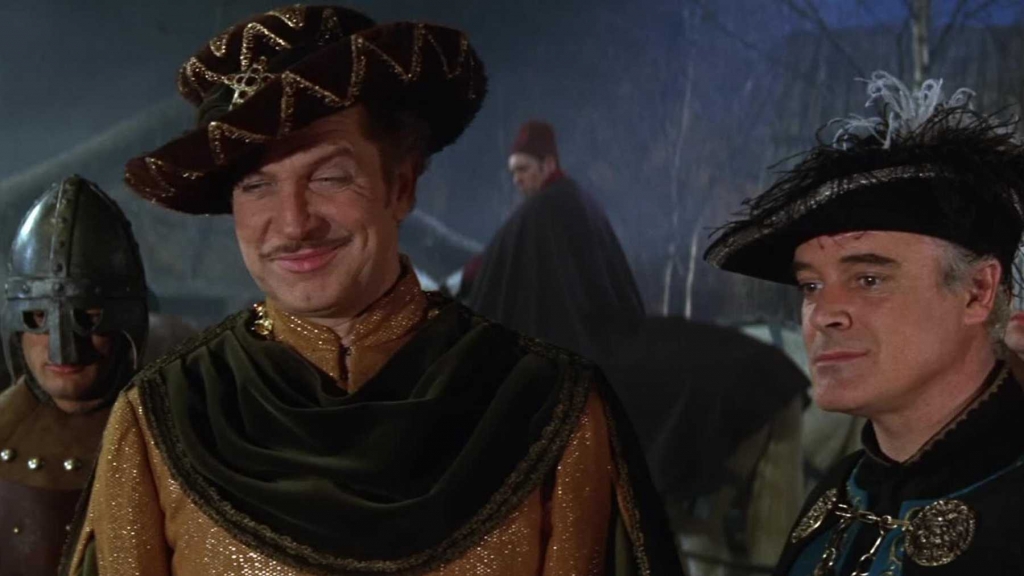 Prince Prospero visits one of the villages he rules over, turning a blind eye to the the poverty and starvation. When he discovers the Red Death has arrived, he orders the village be burned down to prevent the spread of the disease. He then sends out invitations to members of the local nobility, offering refuge in his castle. When the surviving villagers arrive at Prospero’s castle to beg for sanctuary, they are turned away. When they plead with him that they will die unless he helps them, Prospero orders his soldiers to shoot them down.

In Poe’s story, a giant ebony clock in the Black Room rings out each hour. The loud and unusual chime causes the orchestra and the dancers to pause temporarily, momentarily meditating on the passage of time. But the moment quickly passes, and the revelers return to their orgiastic celebration. They have been reminded but ignore what the bell tolls.

Corman reimagines the ebony clock in a much more brutal and visceral way, momentarily breaking up the revelry with a gruesome display of torture and murder, only to immediately return the briefly horrified guests to their state of blissful detachment.

As the story drives to its inevitable and unforgettable conclusion (the last 20 minutes of the film are among the most memorable in all of cinema), the licentious celebration of life devolves into a danse macabre — an allegory on the universality of death. No matter what one’s station in life, the Danse Macabre unites us all. The warning bells ring out, yet those behind fortified walls feel safe and secure, never worrying about for whom the bells toll.

However, as English Poet John Donne cautioned in his Devotions Upon Emergent Occasions, Meditation XVII, “never send to know for whom the bell tolls; it tolls for thee.”

In The Masque of the Red Death, the poor are sacrificed to disease so the rich can keep