Headlines and Horror: She Dies Tomorrow (2020)

In a week where dangerous ideas are spreading just as fast as a deadly disease, the movie of the week (November 8-14, 2020) is “She Dies Tomorrow”.

WHAT HAPPENED THIS WEEK?
Joe Biden may have handily won the Presidential Election, buoyed by record voter turnout, but a defeated President Trump refused to concede — choosing instead to launch a massive disinformation campaign, with unfounded allegations of Democrat interference and illegal manipulation of the ballots. Fueled by the internet battle cry, “Stop the Steal”, the dangerous rhetoric has swept across social media and inboxes like an out-of-control virus. Meanwhile, another very real virus continued to ravage America, with a surge in coronovirus infections bringing new threats of widespread shutdowns, and new fears over our failure to stop the massive spread. 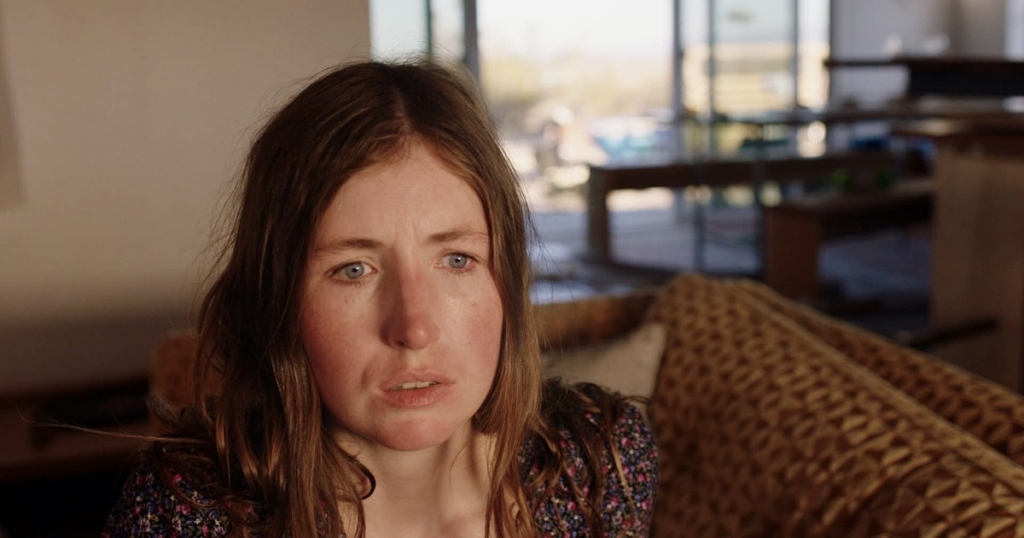 “What is the most resilient parasite? An idea. Resilient… highly contagious. Once an idea has taken hold of the brain, it’s almost impossible to eradicate.” (INCEPTION, Christopher Nolan)

She Dies Tomorrow is a terrifyingly relevant film about a critical contagion. Only, the toxic parasite in this film isn’t a bacteria or a virus; it’s a dangerous idea. And the infection is a sense of hopelessness and anxiety — a depressed state of mind and a fatalistic outlook.

Amy knows she’s going to die tomorrow. She doesn’t know how she knows… she just knows. And that knowledge has given rise to an all-consuming fear that infects everyone around her. Whether or not the threat of actual death is real or not is left intentionally ambiguous. But one thing is certain: the effects of the contagion are catastrophic. The destruction of life is real, even if those infected find their hearts still beating tomorrow.

In the midst of the deadliest viral outbreak since the Spanish Flu of 1918, the most dangerous threat to humanity may be the rise of fear, hate, and desperation. Social distancing can help slow the spread of a virus, but it does little to curb the rampant dispersion of despair. 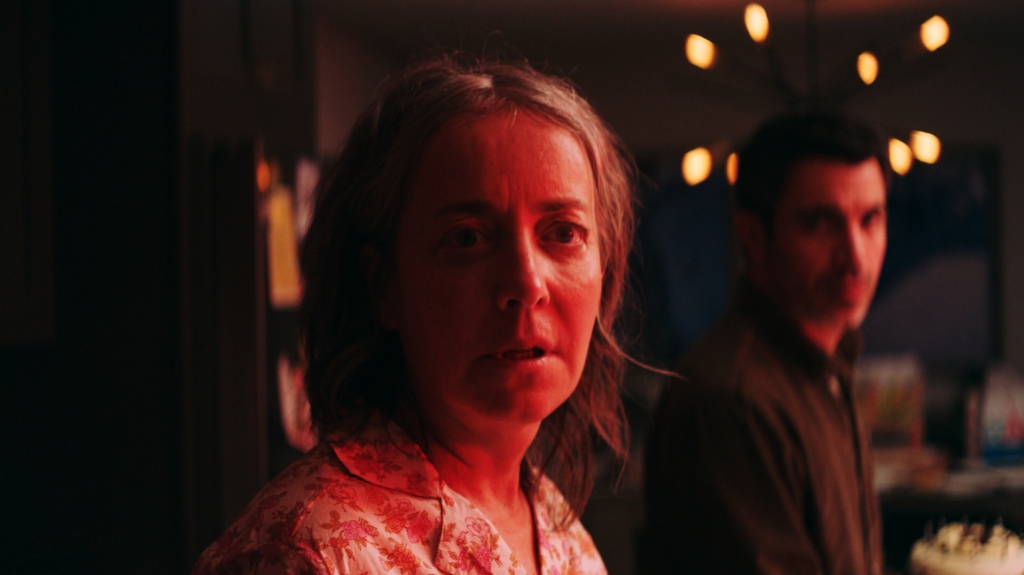 Amy (Kate Lyn Shell) has just moved into a beautiful new house, but there’s no hint of joy or excitement. She shuffles from room to room like a ghost, moving from apathy to despair, playing a vinyl recording of Mozart’s “Requiem” on repeat. (Interestingly, Mozart wrote his final piece, “Requiem” in a state of despair, having said to have been aware of his impending death at the age of 35). She talks to her friend and AA sponsor Jane (Jane Adams) on the phone. Jane asks if she’s ok, and Amy replies, “Not really.”

But the confession is met with exasperation rather than empathy — a common reaction from the well-meaning but frustrated friends and loved ones of chronic depression sufferers. Later, when Jane stops by for a visit, Amy confesses she believes she will die tomorrow, as she relapses with a bottle of wine.

Jane gets up to leave, telling Amy, “I refuse to be held hostage.” But shortly after returning home, Jane realizes she has in fact been imprisoned by the idea of impending death.

Now overtaken by the fear she, too, will not live to see tomorrow, she ventures out in her pajamas and heads to the home of her brother Jason (Chris Messina). He’s celebrating the birthday of his wife Susan (Katie Aselton), along with another couple. Tilly and Brian (Jennifer Kim and Tunde Adebipme). Jane shares her fatalistic outlook with the two couples, who at first scoff at her but later become convinced of their own demise. 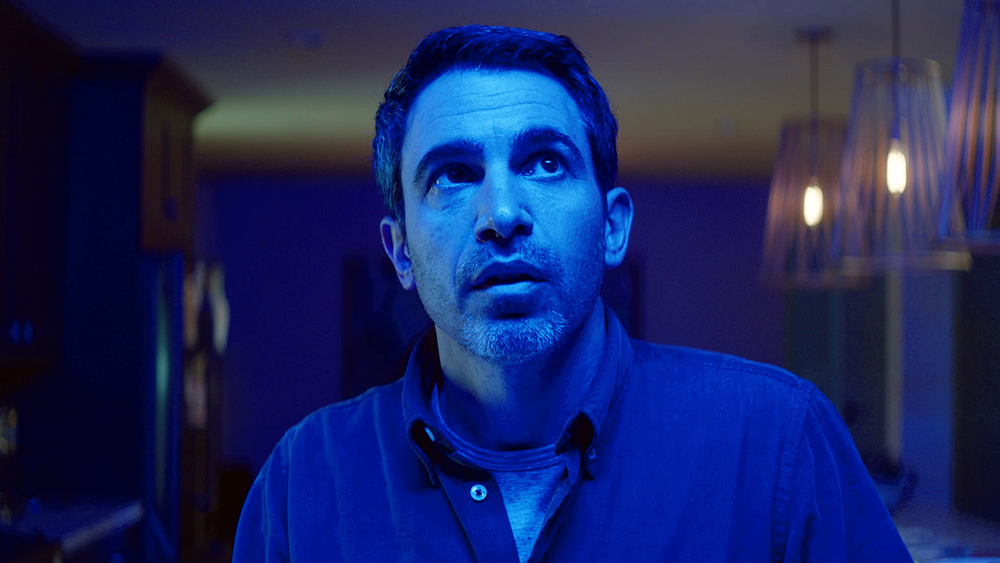 And so it goes, on and on as the word-of-mouth contagion begins to infect an ever widening circle of victims, with everyone who hears it becoming painfully aware of their own inescapable mortality — and acting accordingly.

The characters react in different ways to the knowledge of their death, delivered as a moment of horrible realization by way of flashing, colored lights. Amy struggles to find meaning in music, nature, and reckless abandon. Jane tries desperately to connect with those around her. Jason and Susan try to make the most of their final hours together, while saying goodbye to their only child. Brian removes his father from life support, and Tilly confesses she stopped loving Brian months ago but didn’t have the courage to leave.

In a time of widespread fear and loss, She Dies Tomorrow reminds us that there’s no one-size-fits all approach to grief and suffering; no right or wrong way to deal with the horrors all around us. It also reminds us that death is not a collective experience. In an unsettling resonance with current events, contagion brings isolation. When you face death, you face it alone. In spite of this inherent detachment, however, our connection to others through the nature of our humanity is inescapable. 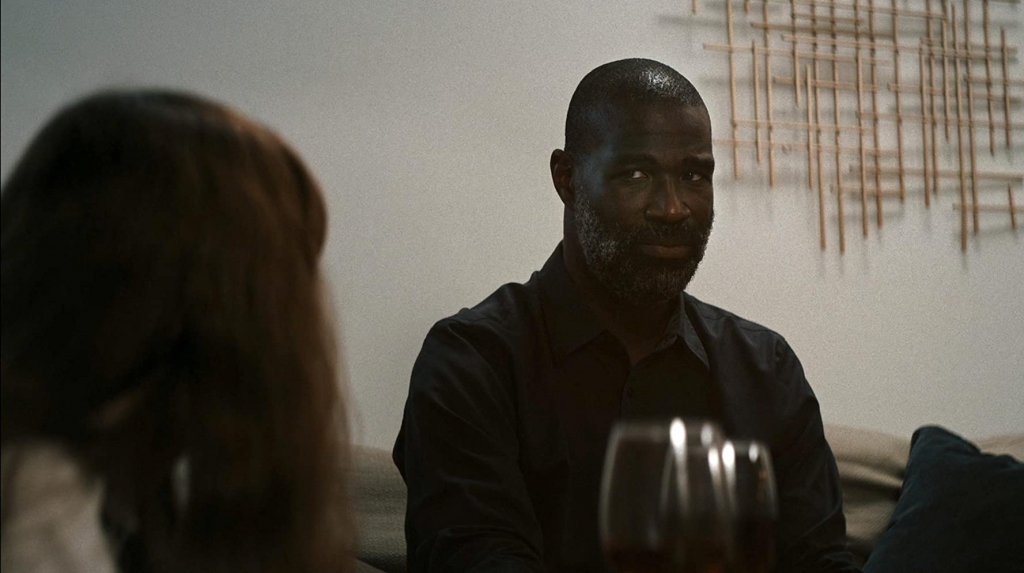 Writer/director Amy Seimetz was inspired to pen She Dies Tomorrow after watching the news and feeling overcome with anxiety. With the virulent spread of political ideology, she realized ideas had become more important than anything real or tangible. Of course, the film was conceived and shot long before the current pandemic took hold, so Seimetz had no way of knowing how relatable her deeply affecting contagion thriller would become at this moment in human history.

She effectively captures the sense of impending dread that haunts us all, lurking just beneath the surface of our subconsciousness. It’s a dread fueled by our collective fear of death and the unknown that is quieted — though never entirely silenced — by the constant cacophony of our daily routine. However, in the midst of COVID-19, the illusion of normalcy has been shattered, and many outlets of escapism have closed.

In their wake is left a growing sense that nothing is real, and the bleak realization that the future is built on the shakiest of grounds. Our lives have become provisional, and making plans for tomorrow seems futile and foolish. In a very real sense, we understand exactly how Amy feels when she laments, “For me, there is no tomorrow.”

But She Dies Tomorrow isn’t actually about the spread of disease.

It’s about how the fear spreads even where the actual disease does not. It’s not just COVID we’re afraid of; we’re afraid of each other. We’re afraid of connecting with others because it’s not safe, but we’re equally afraid of being isolated and alone. We’re afraid of misinformation from our government and our media, unsure who to trust and where to turn for answers. Most importantly, we’re afraid of tomorrow because, for the first time, we don’t know what it will bring. And that uncertainty is unbearable.

In one scene, Jane, a woman obsessed with microbiology, muses, “Humans are the only creatures who pretend to to be what we’re not.” And that’s the crux of the film’s examination of human psychology. Man is the only creature inescapably aware of his own mortality. And while, most of the time, we are able to compartmentalize that ugly reality — burying it under layers of denial and faith-based repudiation — there are times when that truth becomes frighteningly unavoidable.

In these times of emotional turmoil and extreme anxiety, we tell ourselves we’re ok. But the truth is, we’re not ok. And the even greater truth, the truth She Dies Tomorrow meets head on, is this: it’s ok to not be ok. 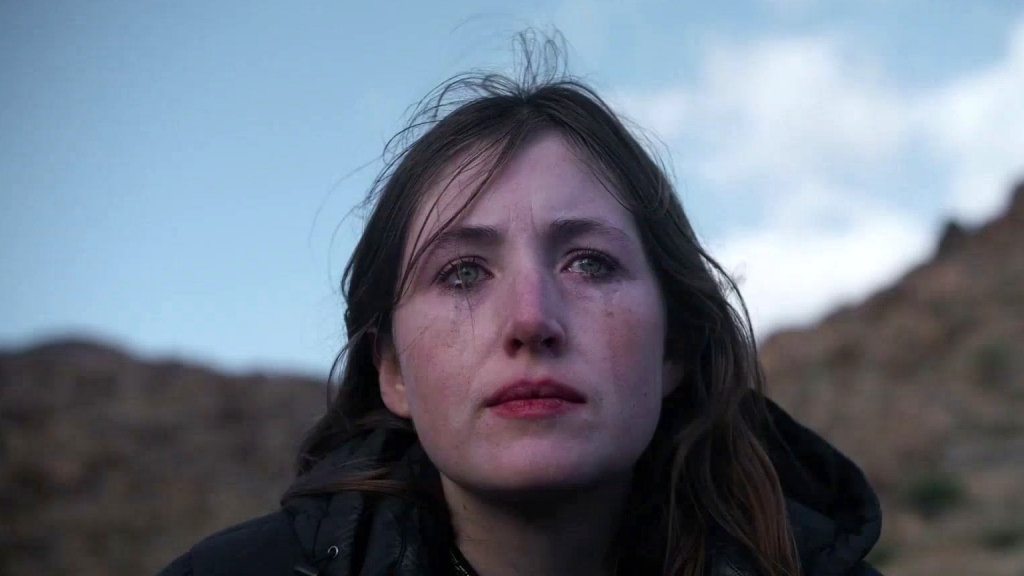 A surreal, fractured fever-dream of a film, She Dies Tomorrow eschews exposition in favor of a more experiential journey. It’s a both a sharp satire about the confusing and chaotic times we find ourselves in, as well as a powerful examination of existential dread and collective hysteria. Though darkly funny at times, it’s also deeply unsettling and far from reassuring.

Like a virus itself, it seeps under the skin and infects you with an overwhelming sense of despondence. But it’s also brilliant in its dissection of universal truths and the common threads that unite us. Achingly relevant and exquisite in its execution, Seimetz has crafted a difficult but important work of psychological horror.

If She Dies Tomorrow were a song, it would be heralded as an anthem for 2020, playing like a modern day “Requiem” for a future we can no longer envision.

She Dies Tomorrow recently played at Chattanooga Film Festival’s “Frightening Ass Film Fest”. It is now available to rent or buy on Amazon, Vudu, Apple TV/iTunes, Google Play, YouTube, and Fandango Now. Watch it for free with a Spectrum subscription.