Holiday Horror: All Through the House (2016)

Killer Santa movies may be plentiful, but “All Through the House” elevates itself above the crowd with all the chills and brutal kills on your wish list.

25 DAYS OF HOLIDAY HORROR (DECEMBER 23): ALL THROUGH THE HOUSE

Figuratively speaking, you could close your eyes, throw a stone, and be assured of hitting a killer Santa horror movie. As with any sub-genre of horror, the quality of killer Santa movies range from mind-breakingly awful to decent to great. For Morbidly Beautiful’s 25 Days of Holiday Horror, I’m taking a look at a more recent killer Santa movie, 2016’s ALL THROUGH THE HOUSE.

On the night that Rachel (Ashley Mary Nunes) returns home to visit her grandmother and friends, a killer Santa is loose in town. Santa is slashing and stabbing his way to the neighborhood’s most notorious home. Widower and Christmas decoration fanatic Mrs. Garrett (Melynda Kiring) is the sole inhabitant of the house. Mrs. Garrett asks Rachel and her two friends to help her with some last minute Christmas set up while she goes on a non-romantic date. 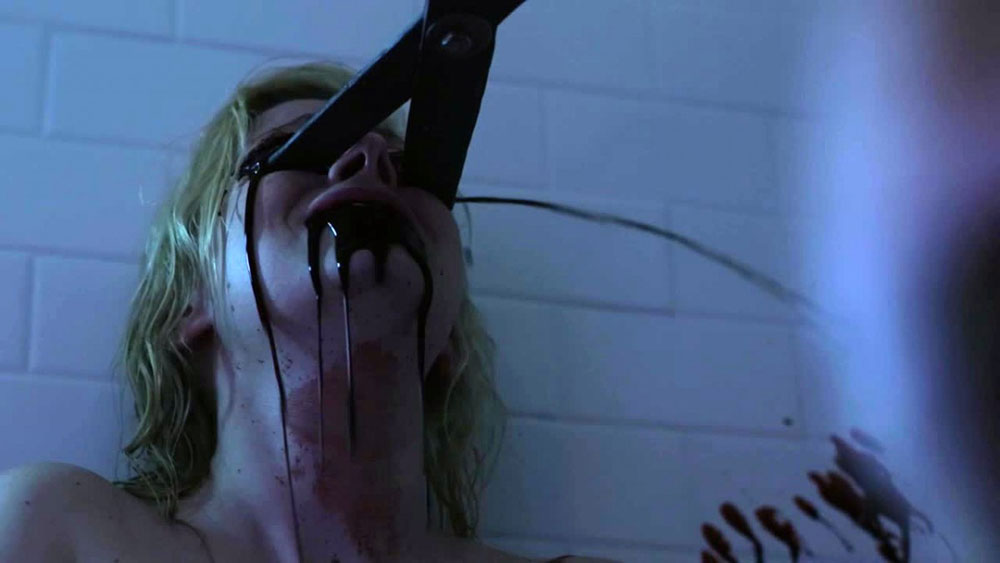 Eventually, Santa makes his way to the Garrett home, ready to dish out some bloody violence on the unexpected friends inside the house.

Writer/Director Todd Nunes based ALL THROUGH THE HOUSE on his short film HERE COMES SANTA (2011). Nunes expands a 13 minute film to a 90 minute feature, expanding the characters’ backgrounds in attempt to deepen the motivations beyond a standard slasher flick. For the most part, the longer film works. There’s a story and motivation for killer Santa that is revealed in the last act of the movie. Mrs. Garrett hints at a past marked with violence and sexual assault, but these plot points are not really expanded on.

But I know horror fans aren’t watching a slasher film for their deep psychological plot lines and family drama; we fans are here for the blood!  And Nunes does not disappoint. 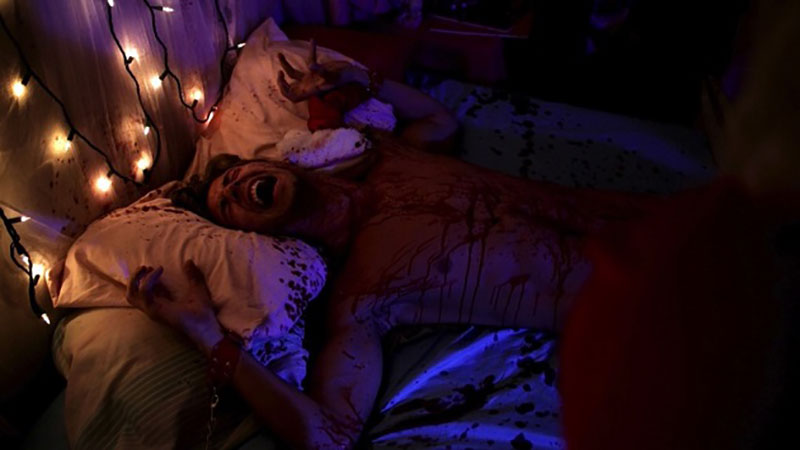 The blood is plentiful, and the kills are well staged. Killer Santa takes trophies from each kill.  His targets and trophies don’t make much sense through the movie, but your patience in waiting for an answer will be well rewarded.

The standout of ALL THROUGH THE HOUSE, the cherry on top of this slasher sundae so to speak, is the mask design for this Santa. The mask is creepy, and brings the chills when on screen.

There are plenty of killer Santa movies to choose from, but ALL THROUGH THE HOUSE stands out as being among the better movies — and will be a welcome addition to your Christmas horror watchlist.