You’ll Float Too After This Terrifying ‘IT’ Trailer

The film directed by Andy Muschetti opens September 8th. It will star Finn Wolfhard, Sophia Lillis, Nicholas Hamilton, Javier Botet and Bill Skarsgård as Pennywise The Dancing Clown. All social media for the film is up and running now on Facebook, Twitter and Instagram (see links at the end of this article).

Yesterday, we got our first look at the official movie poster, along with an enticing teaser for the first official trailer. Today, horror fans got a real taste of what’s in store for them with this highly anticipated, much buzzed about new take on one of Stephen King’s terrifying tale. Check out the new trailer below.

Now, let’s talk about that trailer for a minute..and, WOW, what a kick ass trailer it was!

Horror fans should have a lot to be excited about as this movie looks like it won’t fail to bring the scares. I definitely got a Stranger Things/Stand By Me vibe from the footage, and that’s not a bad thing at all. Coming of age, facing your fears and the loss of innocence were always the main themes in King’s story, and it appears those themes carried over to this film.

I love that they chose to have clips from the film’s opening as it sets the tone for what’s to come later, for those who maybe didn’t read the book or see the 1990 miniseries.

The child actors all seem to embody their characters perfectly, and I’m curious to see how Stranger Thing‘s Finn Wolfhard brings my favorite of the Losers to life, Richie “Trashmouth” Tozier. Hopefully there’s a few “Beep Beep, Richie” lines in the movie. 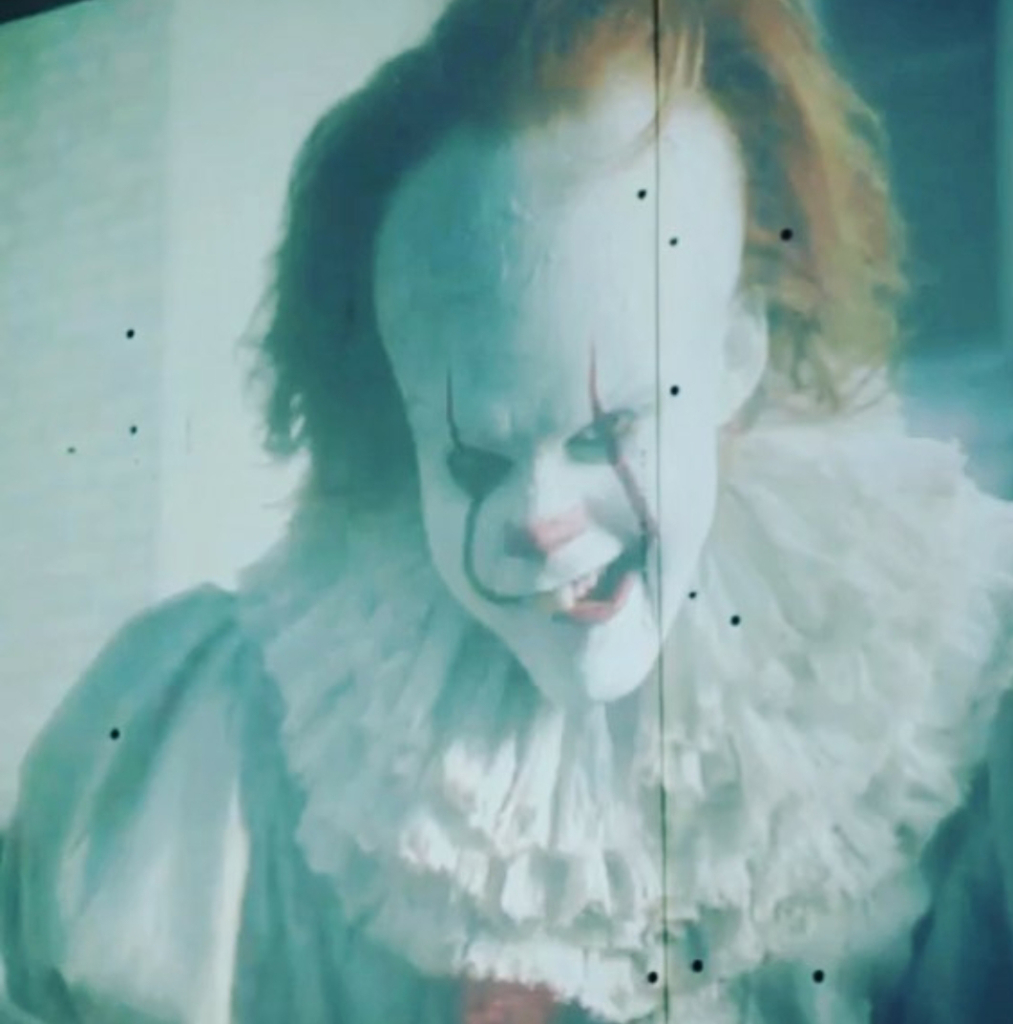 Of course, I would be remiss if I didn’t mention Pennywise. This is definitely a different take than what the iconic Tim Curry brought to the table as the evil clown. Curry’s performance is beloved by all genre fans, and thanks to that Pennywise has been named one of the scariest clowns in pop culture. Many have speculated whether any actor could fill Curry’s very large clown shoes. But the casting department seems to have nailed it, as Bill Skarsgård seems perfectly fitted for the creepy clown of nightmares. Judging from the footage above, his Pennywise looks to be unnervingly menacing and absolutely terrifying. I get a slight Heath Ledger’s Joker vibe from this incarnation of the villainous entity. They wisely give us just enough of the character to whet our appetites.

I have a feeling this will be one of the better horror films of this year. One side note, for a while the film was being called IT-PART 1: THE LOSERS’ CLUB, and it appears that for the time being, they have ditched that and are simply calling the film IT. There has been no word on when the 2nd chapter of the story will start filming, but we will keep you posted.

I must confess that I really haven’t been this excited for a theatrical horror movie to be released since Freddy vs Jason back in 2003. Don’t get me wrong, I love horror, and I love getting the chance to see new horror movies. However, nothing has really got me as excited as this. Kudos to the marketing team…so far, so good!