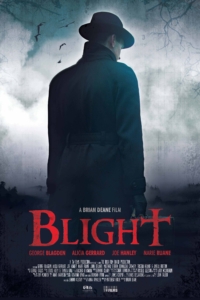 Award winning in the UK and US, Blight is a spectacular short horror film that leaves you satisfied, but wanting more. Set on a remote island off the West Coast of Ireland, during the 1950s, Blight is a dark psychological horror. Enter the handsome young priest who is summoned to the island to rescue a young girl who appears to be tormented by an evil entity. But things might not be what they seem…

A short film of any genre has the goal to try to get you hooked, take you on a wild ride and leave you feeling as satisfied as you would watching a full length film. Blight manages to do that in just 15 minutes! This horror thriller is its own story, but has some definite nods to classic films such as The Exorcist and Rosemary’s Baby. Director Brian Deane and writer Matthew Roche are both fans of 60s/70s horror movies and thought it would be cool to make something that was in that old-school style. 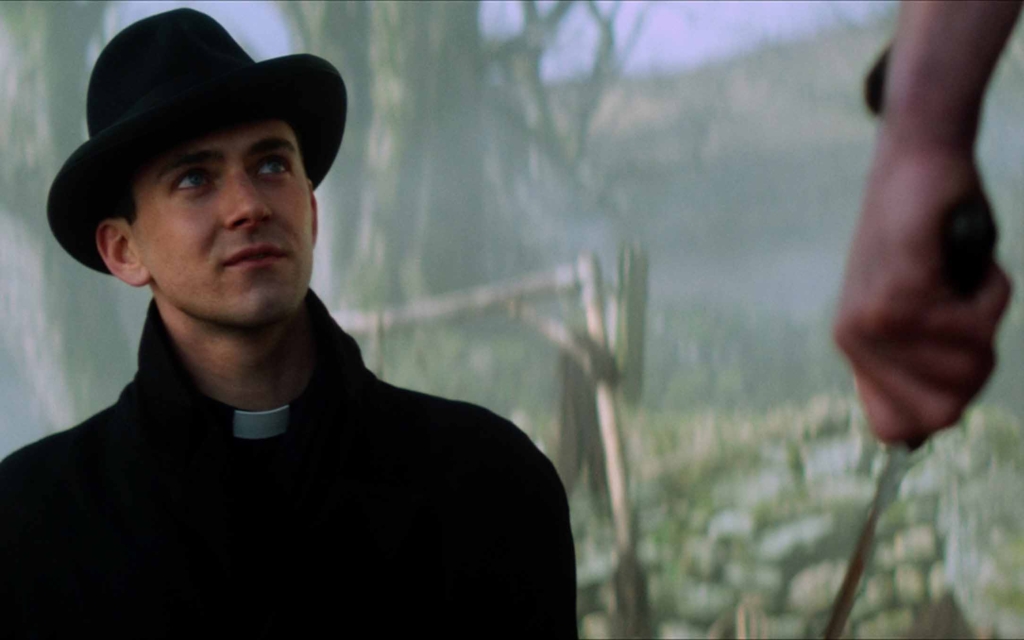 This film makes you feel like you have gone back in time. I loved the cinematography, it was truly beautiful. The feeling that something wasn’t right, from the very beginning, hung heavily in each scene. At first it seemed to be a run of the mill exorcist type movie, but it became clear it was much more. The pacing was incredible — there was no wasted time. All the acting was perfectly cast and well executed. Luckily it wasn’t a standard exorcism movie, and the twist at the end was truly surprising.

The making of Blight was a huge undertaking as far as shorts go, taking over a year to make. They had 70 crew members, boats, water sequences, a very large Rottweiler, VFX, SFX, fog, old anamorphic lenses, first time ever set building, prosthetics, 50 liters of blood, more fog, 9 cast members and (I haven’t heard the story about this) one dead badger. The results really show how hard everyone worked on this incredible short.

Having set out to make one short film, they soon realized that there is more to the story to explore and, if things go well, are planning to develop it into a feature film in the future.

Blight is only screening at film festivals at this point. Be sure to follow the short film on Facebook to find a screening near you and stay up-to-date on the latest news and developments. If you get a chance to see this soon, don’t miss out!