We interview indie filmmaker Larry Fessenden about his remarkable new film “Depraved”, a unique and unforgettable adaptation of Frankenstein.

I have always loved the Frankenstein mythos and have been heartbroken time and again by what happens to the poor soul, usually known as The Creature. At the Portland Horror Film Festival, I got a chance to screen the latest adaptation of the classic tale from indie movie rock star Larry Fessenden. Depraved is a fantastic film! It is soulful, disturbing, unique in its modern setting, and I adored it. We watch the entire film through the eyes of the creature, who in this film is given a name: Adam. (Read my full review here.)

Larry Fessenden is a leader at the forefront of independent film making. He is an actor, producer, director, writer and has done just about every job you can do involved in the making of a film! He has mentored some great filmmakers and taught them how to make a movie with a small budget, and yet not lose sight of their creative dreams. The movies he has been a part of are too many to list, but Habit, Wendigo and The Ranger are favorites of mine. I am also looking forward to seeing him in The Dead Don’t Die!

I had the honor to catch up with this busy guy and ask him a few questions about Depraved and what he is up to next. I hope you enjoy the interview. Look for this film to be out in select theaters starting September 13th, 2019. 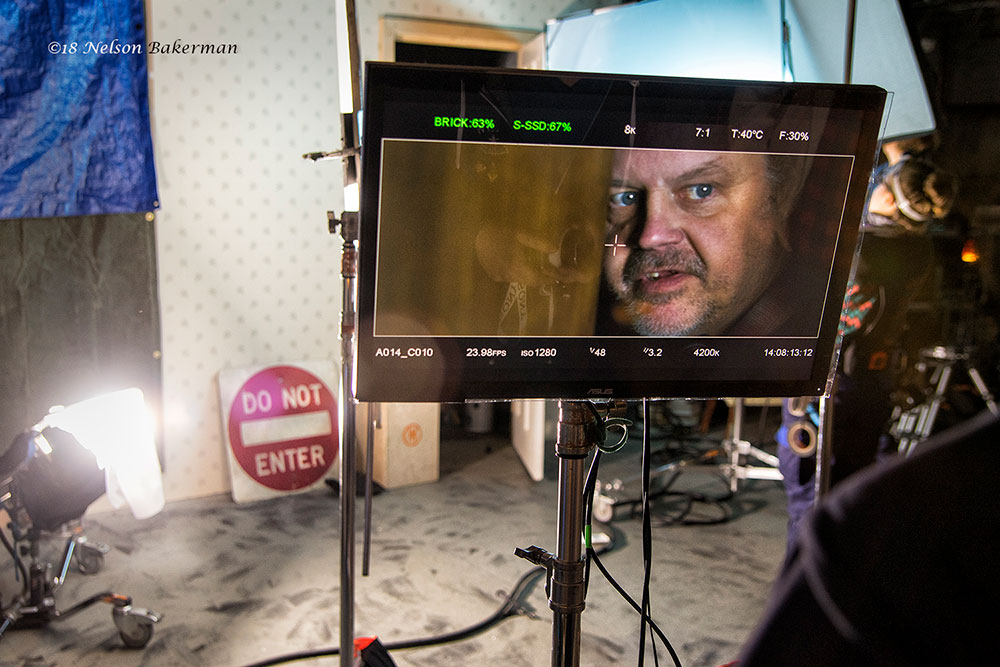 Los Angeles Zombie Girl: Thanks so much for talking to me Larry. I loved Depraved! What made you decide to make yet another reimagining of Frankenstein?

Larry Fessenden: I have always loved the Frankenstein story and was deeply affected by all the old Universal movies that feature the monster. But I also wanted to tell a version that was more personal, from the monster’s point of view in a contemporary setting.

LAZG: Why do you think that the Frankenstein story has been such a classic all these years and continues to fascinate audiences?

LF: The story hits on four basic enduring themes: The human hubris of a scientist-defying God; The fear of losing control over something you have created; The fear of the “other,” be it deformed or brutish and; The loneliness of being a monster.

LAZG: Why did you decide to make the film from the monster’s point of view? (That was brilliant, BTW)

LF: I am very interested in subjectivity, how every individual has a unique experience. I approach horror tropes with the question. “What would it really be like?” I had read a book called “My Stroke of Insight” (Jill Bolte Taylor) about a woman who had had a stroke. And it got me thinking about the brain as the source of our identity. All these influences converged in my approach to the classic tale.

LAZG: At the film fest, I heard quite a few people refer to Adam as the “hottest” Frankenstein monster they had ever seen! Did you make a conscious decision to make the monster an attractive person who could walk the streets and not have people immediately run away from him?

LF: Yes, I asked Alex Breaux the actor to work out in order to articulate his physic. I wanted to draw attention to basic idea inherent in the story of a man made out of body parts by showing him nude and svelte like an alien creature. I wanted a repulsion / attraction from the audience. I cannot define any one thing I was going for, but I was after several aspects at once in the monster. 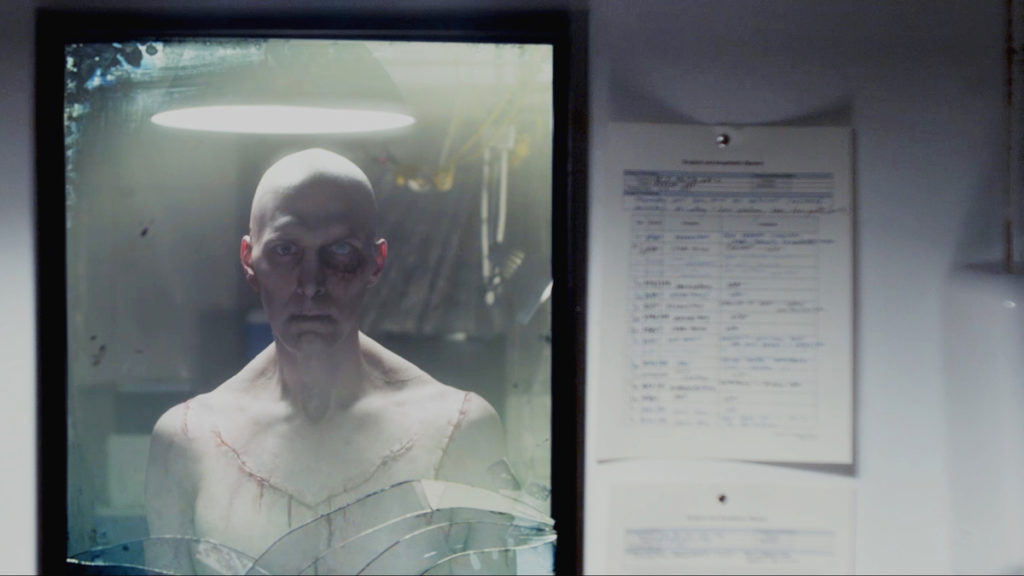 LAZG: I know that Depraved was truly a low-budget indie film. But when watching it, it certainly doesn’t look low budget! How were you able to get the film to look so high quality?

LF: I believe that with careful planning and the assembling of a smart, like-minded team, you can produce results beyond the budget. That is the mantra at Glass Eye Pix.

LAZG: How long did you take to shoot it? Were you in New York?

LF: I think we shot 24 days. We shot the film in New York, mostly in a walk-up studio on the second floor in Gowanus, Brooklyn.

LAZG: This film is about loneliness, relationships, alienation, and what we learn from other people for starters, correct? Can you talk about that? Is there another theme in it I didn’t mention?

LF: Those are the themes for sure. And the theme of parenting is in there. And how we treat our vets. And how capitalism corrupts, and how cynicism is toxic. And it’s about the brain and memory. There are a lot of ideas in there, along with the main themes.

LAZG: Adam starts out so innocent, but just like a toddler, wants what others around him have. Is this a case of Nature vs Nurture? Henry refers to himself at one point, as a bad parent.

LF: It’s about Nature vs Nurture in the sense that it asks what is innate in a person and what comes about from the influence of others. Because we know who Adam was before he was created, we are aware that traits like being good at racket sports and scratching your head when you are nervous translate to the next body. That’s “Nature”. But Adam’s corruption comes from the vibes he’s getting from those who are “nurturing” him. Anyway, that’s how it plays in the film. A lofty topic like Nature Nurture cannot be settled in a fiction film; the idea is to raise these themes and stimulate further thought.

LAZG: You showed us the bad side, or the depravity as it were, and the good side of humanity. I think most viewers will empathize with both Henry and Adam, and that’s pretty cool. How did you accomplish that?

LF: I mostly just thought about what would make a person make a man out of body parts in a Brooklyn loft. And I thought about a surgeon from all the unjust wars we’ve been fighting in the Mideast. And I thought that might be where a Mad Doctor might come from nowadays. I felt like Henry was a victim of sorts, trying to do the right thing, but very deluded. And then his asshole friend takes advantage of his brilliance and vulnerability and poisons the impulse for good in this misguided experiment.

LAZG: The colors that showed thoughts and emotions were amazing. It’s the kind of thing you see when you close your eyes at night. What did you want the audience to understand from that?

LF: I like that you mention that. I’m just like a kid. When I close my eyes, I try to see what those shapes and colors are. I felt like you never see that in movies. In fact, no one ever talks about that. They are called Phosphenes. It was fun researching all that stuff, stuff about the brain and perception. It’s not all in the film literally. But it influenced my thinking and the imagery that resulted.

LAZG: If Henry had such bad PTSD, why would he want to bring something so wrong into the world? Was it because of what he did while in the military? It’s obvious he came back a different and damaged person after the war.

LF: I think if you have PTSD, you aren’t seeing the world correctly anymore. Henry is making bad choices;