Fessenden’s contemporary take on Frankenstein is a heartwarming, humanizing, and heartbreaking coming-of-age creature tale led by a brilliant performance. 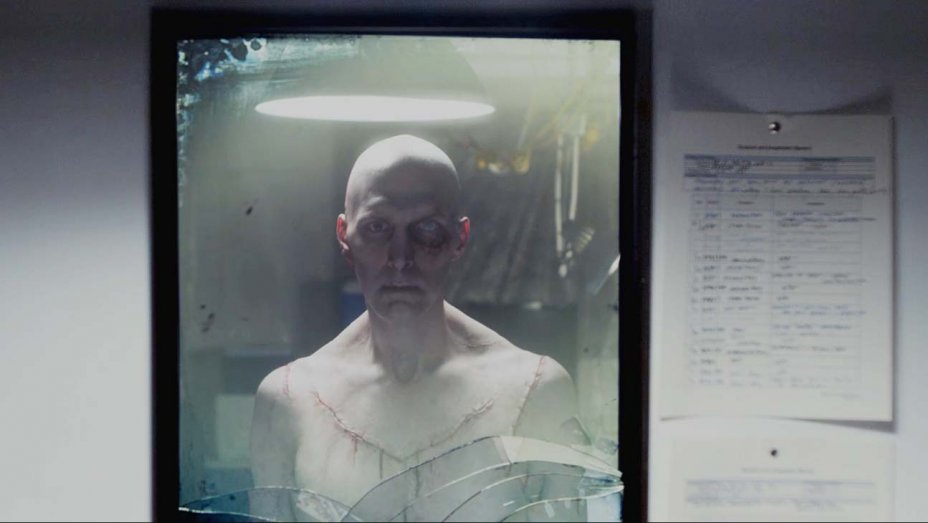 “You brought the war home with you, Henry!”

Few horror tropes date back quite as far as the mad scientist. From Mary Shelly’s Frankenstein to Re-Animator and The Fly, historically, there has never been a shortage of brainiacs dying horrific deaths at the hands of their creations. Given this lengthy and experimental history of film, the question begs to be asked: are there still mad scientist stories worth telling?

With a contemporary take on Frankenstein, writer and director Larry Fessenden proves there are with Depraved.

Relationships are tough. They require work, patience, and compromise, all things that Alex (Owen Campbell) and Lucy (Chloë Levine) struggle with. So, to make matters worse, Alex is viciously murdered while leaving Lucy’s apartment. Seemingly dead, Alex suddenly awakes in a strange, makeshift lab. Upon gazing into a mirror, the reflection he sees is both strange and confusing to him. He doesn’t recognize his new surgical scar covered, stapled together body. On top of everything else, Alex doesn’t even remember who he is, having awoken to a literal nightmare.

But in Alex’s death, Adam (Alex Breaux) is born.

We’re quickly introduced to Henry (David Call), a former combat medic suffering from severe PTSD developed during his time overseas. For lack of a better word, Henry birthed Adam’s new body, which he has christened as Adam. Serving as Adam’s father, Henry undertakes the lengthy process of re-teaching Adam’s basic motor and cognitive functions. While Henry initially revels in his success of bringing the dead back to life, this second lease on life quickly reveals more sinister ulterior motives.

By now, the parallels to Mary Shelley’s Frankenstein should be blatantly obvious. And, while the concept is familiar, the length to which Fessenden humanizes the relationship between “Frankenstein” and his “Monster” is surprisingly moving. Seeing the empathetic father/son relationship grow only to be shattered by the constant reminder that man is the truest evil of them all is the definition of tragic.

This wouldn’t be nearly as impactful if it weren’t for Breaux’s sobering and melancholy performance, where even in his darkest moments, the audience cannot help but feel for him. We feel his frustration and anger at the realization that his existence is solely to be manipulated by his creator. Despite his actions, I couldn’t have been rooting louder for Adam to enact his revenge.

Adam’s beleaguered, bruised, and stitched together corpse is hauntingly sickening. The artistic make-up and effects powerhouse team of Adelina Atashi, Peter Gernet, and Brian Spears have crafted a memorable contemporary update of a classic horror icon. This modern-day monster is a smorgasbord of mismatched, discolored joints and stapled together skin that seals surgical scars and fuels Depraved‘s consistent aesthetic of grotesque discomfort.

It’s easy to feel the confusion and unease of Adam re-learning the world around him. The audience sees how other characters behave toward him and tries to understand their potential alternative motives. One scene in particular utilizes camcorder footage that makes the viewer feel as if they’ve accidentally stumbled upon a dark corner of the web. 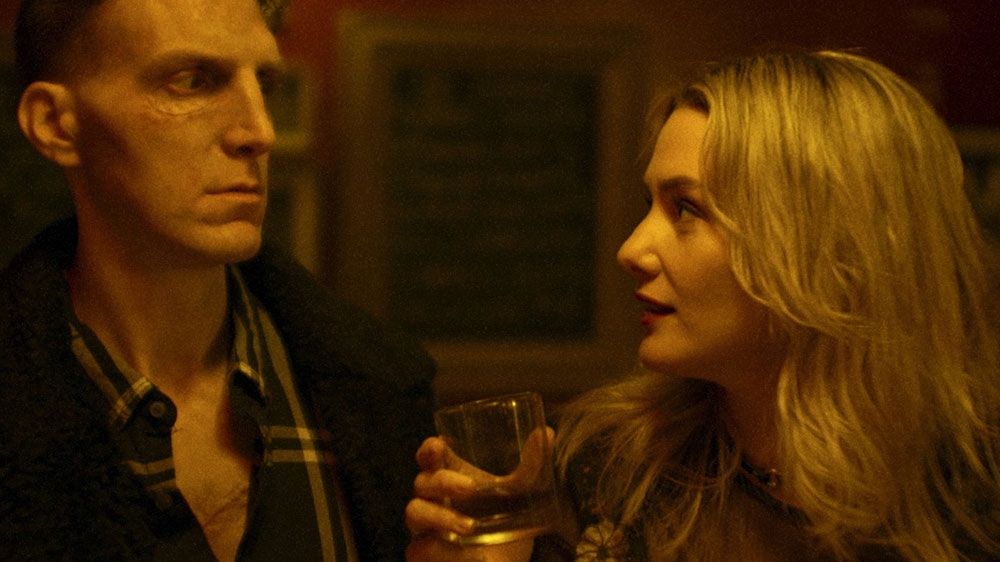 The film is consistently disturbing without every relying on jump scares or scenes of overt gore.

My qualms with Depraved stem from the film’s third act, which feels a bit muddled due to a reliance on characters other than Adam and Henry.

The inclusion of these other characters largely detracts from Adam and Henry’s relationship, which is the most interesting aspect of the film. Furthermore, Depraved never explores its underlying intriguing themes with more than surface level examination. Themes such as trauma and PTSD are broached, but never feel unpacked to the level that could have made characters such as Henry somewhat sympathetic.

Instead, we have a character-heavy third act that feels far longer than it needs to be.

The film takes the core of a classic and updates both the circumstances and appearance that its monster is birthed into. The examination and expanding of the monster’s humanity deliver a far more heartwarming and heartbreaking coming-of-age tale.

While the third act feels jumbled, and more scares are always appreciated, this is a smart, but somber take on the mad scientist formula.