Down the Video Aisle: January 2019

It’s the beginning of a new year, and I’d like to propose a challenge: every month this year, seek out one (just one!) new indie horror release that you haven’t heard much about and watch it. I started this monthly article because I wanted to bring whatever attention I could to a handful of indie horror films each month that might get lost in the shuffle. And that’s easy to do with so much new content every month!

But all of this content also provides opportunity and that brings me back to my proposed challenge. This month offers several great possibilities: a new Nicolas Cage movie, Debbie Rochon in a fantastic new role, a kick-ass punk rock laced slasher, and much more! With the proposed challenge in mind, let’s start our January walk down the video aisle and pick out a film or two…or three. 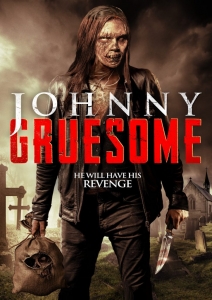 (Available now on digital and DVD as of January 1st)

“Rebellious high school senior Johnny Grissom is murdered while on a drunken joyride. Soon, Johnny’s classmates turn up dead, murdered by an unknown assailant. Johnny’s best friend Eric begins to suspect Johnny has returned from the grave to wreak havoc on those who wronged him.” 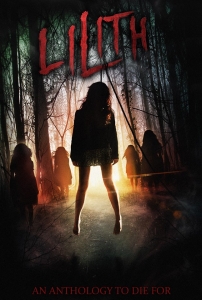 Lilith is a female powered horror anthology starring Felissa Rose, Vernon Wells, Devanny Pinn, and many others. What I really dug about this film is how different and character driven each segment was. Solid practical effects are on display throughout, including a wonderfully sadistic and very Fright Night looking Felissa Rose in the final segment. Jennifer Nangle and Vernon Wells have great chemistry and an intriguing back and forth in what I found to be the best story in the anthology, and a little later on it’s Devanny Pinn who steals the show with a devilishly fun performance. I thought Lilith was very entertaining and I recommend it!

“A horror anthology that follows the Demon Lilith who punishes men for their indiscretions against women. Lilith is a figure in Jewish mythology, developed earliest in the Babylonian Talmud (3rd to 5th centuries). Lilith is a dangerous demon of the night and who is sexually wanton.” 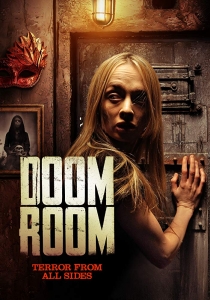 A twisted fun house-like set design and dedicated performance from Johanna Stanton (rightfully looking more bewildered than frightened), anchors this demented puzzle of a movie. Populated with deranged and damaged characters that enter and exit the story at unexpected beats, Doom Room slithers quickly to an unforeseen conclusion. It’s a meandering maze and ultimately heartbreaking film that demonstrates great restraint and thankfully never delves into irresponsible torture porn territory. The high point of Doom Room is an outstanding performance from indie horror legend Debbie Rochon as Wife. Her makeup and costume design are fantastic and it’s one of the most focused and strongest performances I’ve seen from Rochon in many years.

“A woman wakes up locked in a small room with no memory of how she arrived there. Unable to escape, and tormented by a series of paranormal entities, she must uncover the riddle of who she is and how she got here.” 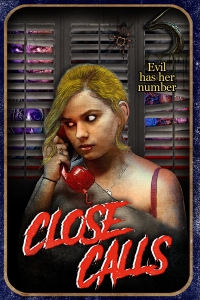 Close Calls is loaded with striking visuals and moody lighting. The film is colorful yet muted, surreal and lived in. The film features a slightly grainy, dream like atmosphere. It’s a nice technique that blurs what’s real, what is possibly imagined, and what is feared. Jordan Phipps is absolutely stunning and has an undeniably strong screen presence. Phipps has a carefree, relaxed attitude that both displays her troubled character and elicits sympathy. A tricky feat for any actress, and Phipps nails it. Close Calls moves like a shark and is an all out awesome Gothic/suburban horror ghost story filled with quirky and outrageous characters, unforeseen plot twists, and a deadly mystery at its center.

“Morgan, a troubled, drug-addled teen, must deal with her crazy grandma and a psycho caller when her father leaves her home alone. As the calls keep coming in, a paranoid Morgan is forced to face some of her worst fears and inner demons when she believes everyone she knows is either plotting against her — or trying to kill her.” 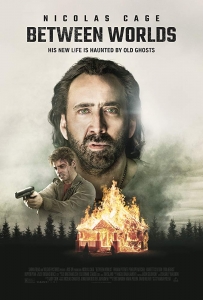 I love the presence of Nicolas Cage in the horror genre, and this supernatural thriller looks stylish and intriguing enough to give it a watch. Plus we get Franka Potente — and a trademark Nic Cage freak out moment is all but guaranteed.

“Joe meets a mother who can contact spirits when suffocating. Her daughter is dying when Joe helps the mother spiritually contact the daughter and save her. Unfortunately, the spirit in the daughter’s body is now that of Joe’s dead wife.” 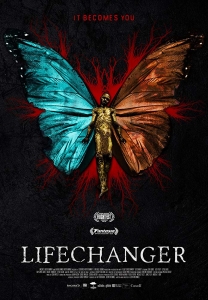 “A murderous shapeshifter sets out on a blood-soaked mission to make things right with the woman he loves.” 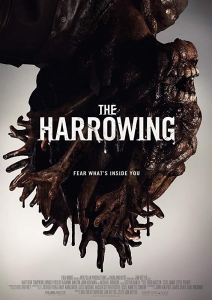 Part detective story, part psychological thriller, The Harrowing looks like it might have a few good scares up its sleeve. I’m also really liking the gritty look of the film, it has a nice 1970’s aesthetic to it.

“Haunted by the ritualistic killing of his best friend, a vice detective determined to discover the truth goes undercover into a forensic hospital and is plunged into his own personal Hell where demons might be real.” 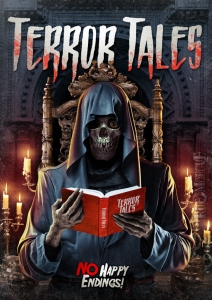 (Available now on digital as of January 8th)

Boasting a large cast of familiar horror face like Felissa Rose, Yan Birch, Ari Lehman, Lynn Lowry and more, Terror Tales looks like an ultra fun late night watch. And based on the trailer, this anthology promises a crazy and unpredictable ride!

“When abducted by a psychopath, a husband is taken on a ride from hell where he is subjected to three horrific tales of terror while his family is held captive in an attached cargo trailer.” 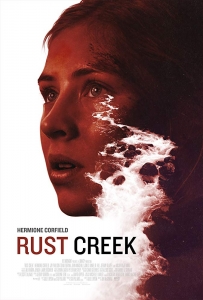 This film has the feel of a low-key, character driven thriller that will linger in the mind and possibly sneak its way onto some year end best of lists. The gritty and intense looking performance from Hermione Corfield makes Rust Creek all the more interesting.

“An overachieving college student gets lost on her way to a job interview. A wrong turn leaves her stranded deep in the Kentucky forest. The woman must defend herself against the harsh elements and a band of ruthless outlaws. She is forced into an uneasy alliance with a strange loner who has unknown intentions.” 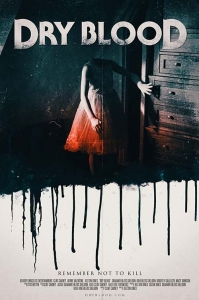 This movie looks like it has a little bit of everything! The startling and crazy images in the trailer and the main character’s apparent descent into madness looks like a ton of gory spooky fun.

“In a rural mountain town, an unstable drug addict must unravel a surreal murder mystery as he’s terrorized by malevolent ghosts, a deranged sheriff, and the frightening hallucinations from his withdrawal.” 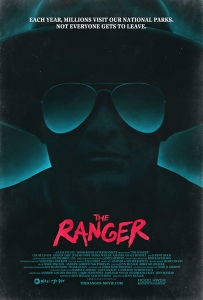 (Available now on digital; available on DVD/Blu-ray on January 22nd)

The tongue-in-cheek beginning and ending to the trailer with the sudden burst of heavy metal and quick cut chaos sandwiched in the middle gives me confidence that the filmmakers knew what they were doing with this irresistible looking slasher. (Full review here)

“Teen punks, on the run from the cops and hiding out in the woods, come up against the local authority – an unhinged park ranger with an axe to grind.”