Despite decent effects, all-star cameos, and a clear love of the genre, “Terror Tales” is an unpolished horror anthology that struggles to truly deliver.

Within the first few minutes of Terror Tales, director Jimmy Lee Combs’ feature-length tribute to the horror anthology genre, a family is kidnapped by a cocksure psychopath (Christopher Showerman) who has more than murder on his mind.

After subduing the wife and children, the handsome kidnapper explains to the father that he has a series of stories to tell, and that the father must listen to them if he wants to keep his poor family alive.

This flimsy and inexplicable framing device sets the stage for a film that is lackluster in just about every department, especially the awkward dialogue and theatrical performances.

The first tale, “By Proxy,” tells the disturbing story of a mother (Lynn Lowry) who poisons her young son and drives him to suicide. Echoing Charles Dickens’ A Christmas Carol, a demon  leads the traumatized woman through scenes from her past, forcing her to confront the terrible decisions she has made. 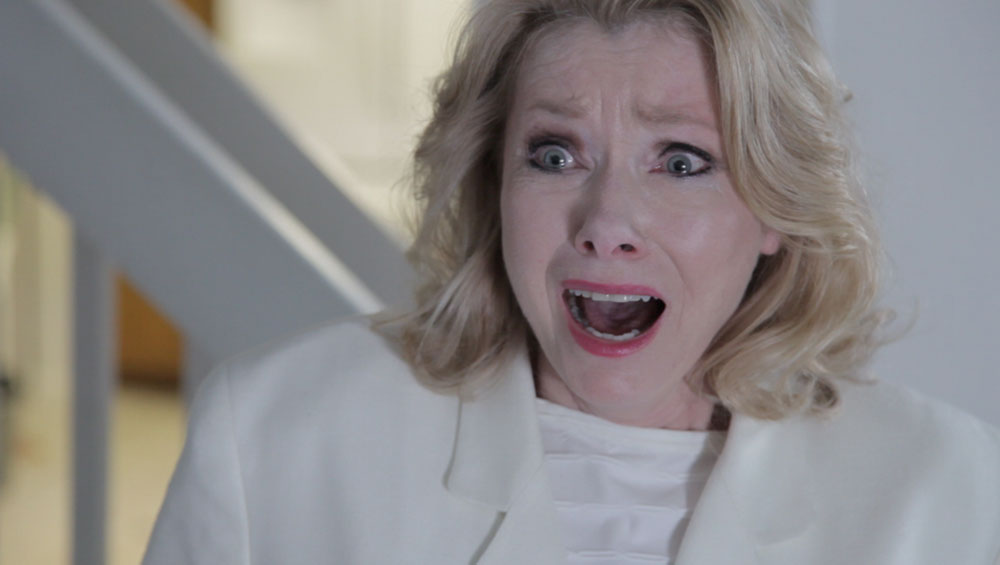 Although the dialogue is poor and some of the acting over-the-top, “By Proxy” is a decent start to the trilogy. The familiar plot works well within the limited budget, and Lowry upholds the tragic tone of the segment.

For kids of the 1980s, the next story, “Radical Video,” might resonate in a playful way. This segment tells the fairly ridiculous story of a sledgehammer-wielding serial killer who stalks and kills the patrons of a video-rental store. The set and costume designers went overboard with the 80s iconography and overall vibe, but the tale is still fun to watch. 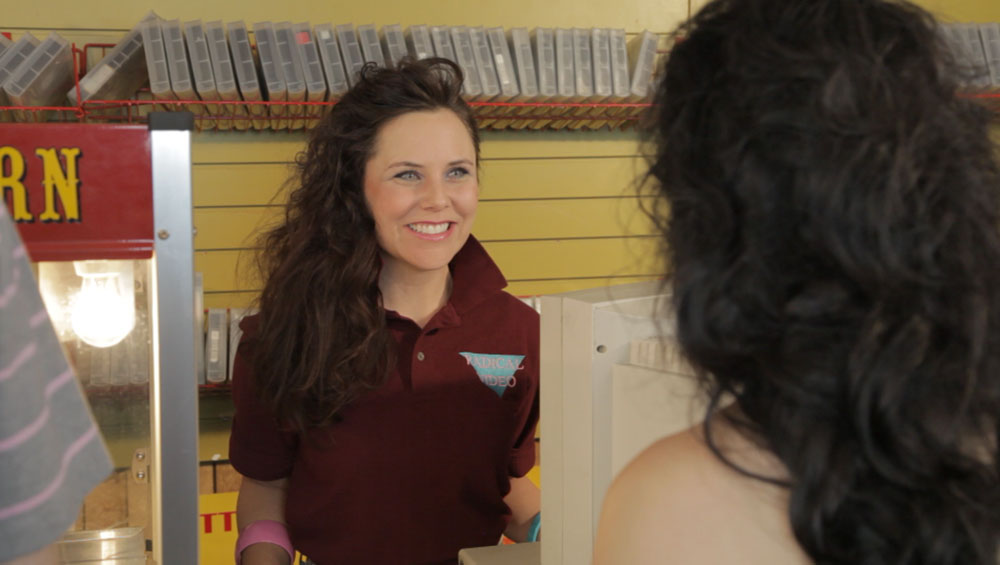 Again, however, the quality of the writing and the cliched characterization hinder the piece (especially the detective in charge of tracking down the killer). Campy parodies, if performed and written well, can work successfully on both a nostalgic and modern level, but Terror Tales never reaches such a pinnacle.

By the time the wraparound story leads audiences into the final segment, “Epidemic,” the movie becomes overlong and trite.

The third story involves body-jumping, demonic possession, and the Salem Witchcraft Trials of 1692, but suffers from much of the same problems that appeared in the earlier segments. And at two hours long, the film fails to sustain its early energy and uniqueness. 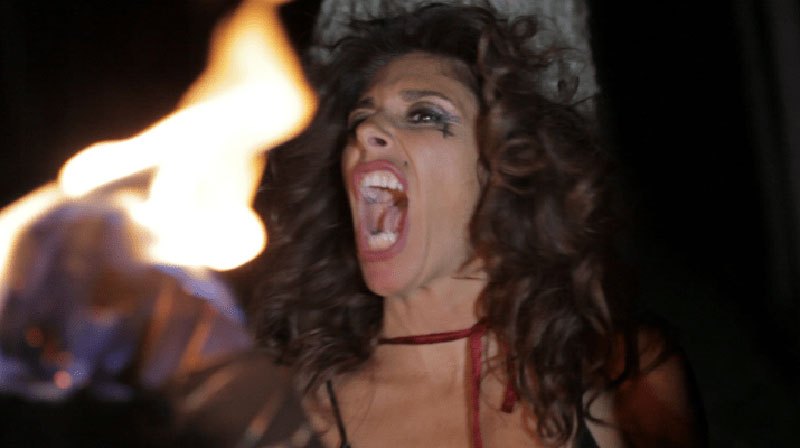 Terror Tales is packed with horror all-star cameos (including Ari Lehman of Friday the 13th fame and Felissa Rose of Sleepaway Camp), and I have no doubt that the director and entire production team have a devoted love for the genre.

But these attributes don’t necessarily equate to a well-made film. Tipping your hat to much more impressive horror anthologies or films (such as Creepshow, Evil Dead, and The Exorcist, for example) doesn’t disguise choppy editing, forced dialogue, and strained performances.