Can you believe we’re at the halfway point of the year already? There have been many great indie horror releases so far and I’d like to take a moment to look back at some of my favorite movies that have been featured in this article. Think of this as a quick catch up guide before you get to this months movies.

Book of Monsters is a practical effects horror fun house, Close Calls is a dizzying trip with a star making performance from Jordan Phipps, and Starfish is an achingly beautiful and unique experience. Those are my top 3 of 2019 at this point. I would also highly recommend Scary Stories, Body at Brighton Rock, The Wind, Crossbreed, Lords of Chaos, Piercing, and Vox Lux.

Now that we’re all caught up, let’s take a look at this month’s releases as we take our monthly stroll down the video aisle! 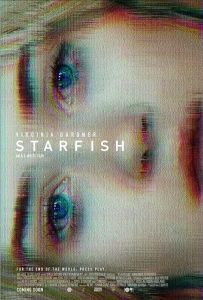 Starfish is an intensely emotional film that focuses on small moments to indicate larger themes such as grief, loss and friendship. As Aubrey wanders her recently deceased friends apartment, we see her looking at the common things her friend owned, taking a shower in her bathroom, laying on her couch, and even sleeping in her bed. Virginia Gardner as Aubrey shines in these moments, she gives a sincere and heartfelt performance that had me feeling the pain she was experiencing.

This is why I view Starfish is not merely as a film but an experience that washes over the viewer. Mixed into the bereavement are recently unleashed monsters that threaten all of humanity. Although jarringly different, these two story lines work remarkably well together as the monsters are smartly underplayed and Aubrey’s relationship with her deceased friend connects to the apocalyptic happenings in surprising and touching ways.

Beautifully shot and acted, Starfish wonderfully strums the heartstrings while potentially apocalyptic monsters roam around the world. It’s a unique film indeed, and one well worth experiencing.

“A unique, intimate and honest portrayal of a girl grieving for the loss of her best friend. That just happens to take place on the day the world ends as we know it.” 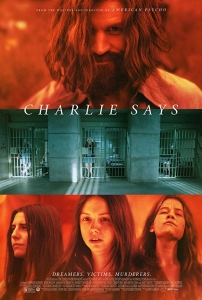 Matt Smith is inspired casting to play Charles Manson. He effortlessly exudes the charismatic confidence needed while also doing great things with his eyes that constantly hint at a hidden darkness. The dynamic between the three imprisoned Manson victims and the teacher of the courses they study while there brilliantly demonstrates the childlike naivete of the women. This dynamic between the women at the prison is the most powerful part of the film that showcases the manipulative evil that Manson possessed. The idyllic setting and soft look of the film contrasts with the unhealthy brainwashing that takes place on the Manson ranch, smartly hinting at the violence the viewer knows is coming. Smartly, the imprisoned Manson women are the true focus of the film and they all give strong performances, especially Sosie Bacon as Patricia. Director Mary Harron has crafted a very well made, and I’d argue important, film that should be seen. Be sure to check this one out.

“The tragic tale of an all-American girl who was transformed into a cold-blooded killer in the summer of 1969.” 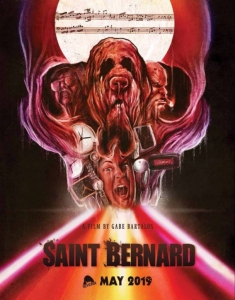 (Available on digital, DVD, and Blu-ray)

The easy comparisons here are David Lynch with some Terry Gilliam mixed in. But make no mistake, director Gabriel Bartalos displays a style all his own. The seemingly absurdist visual style is accompanied by a world of off beat characters framed in awkward, point of view angles and disorienting, sometimes fish eyed, close ups. Bartalos successfully pulls off what Lynch is able to by convincing the viewer there’s a meaning and a deliberate, although maze like, design holding the story of the film together. That’s no small feat for a film that is just as far gone as the insanity its protagonist is spiraling into. There’s a questioning visual in every shot that will make you look harder, a curious sound that will make you listen closer. This is how Saint Bernard tells its story and it’s absolutely glorious. I was told this film was a wild ride and that is the best way to describe it. Saint Bernard is a chaotic visual feast matched by its intense focus on music and sound, a straight up injection of madness. Just sit back and enjoy the ride.

“The film focuses on a classical musical conductor w