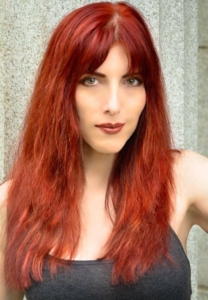 Miss Jessica Felice may be a name and face Horror fans might recognize in the near future. Becoming almost instantly the poster child of Harvest Moon Motion Pictures and Television, Felice has been busy to say the least. Her debut as a leading lady was in 2012 with filmmaker Shawn Anthony‘s SoulMate: True Evil Never Dies, an award-winning film that also resulted in two Best Actress awards for Felice (2013 Hot Media International Film Festival, 2012 World Music and Independent Film Festival). She was also nominated for Best Actress in another Shawn Anthony film, Vampires: Rise of the Fallen.

Since then, the professionally trained and educated actress has seriously stepped up her presence in the genre, appearing in several fear features and shorts. She portrays Lilith Death in Tales of Horror, the seductive storyteller from Harvest Moon’s nostalgic nod to those revered Horror anthology series from years past. Jessica was also the lead in episodes of Copycat Killers and the I Was Possessed series. She even had a part in an episode of one of my favorite True Crime series, Southern Fried Homicide. 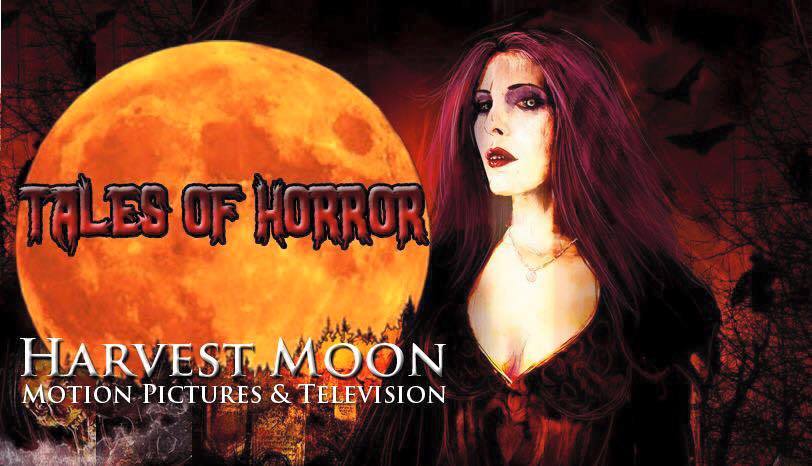 In our continuation of highlighting Harvest Moon, and the upcoming feature film The Possessed, I was pleased to chat at length with Jessica who stars in the Supernatural production written and directed by her good pal Shawn Anthony.

The actress portrays Ruby Blackwood, the quintessential sardonic Private Detective based in the Big Easy who hides a very big secret. She has a Demon which resides within her — one that has decided it no longer wishes to be dormant. The battle to save her soul, as well as the collective well being of mankind, is on the line in The Possessed. After speaking with creator Shawn Anthony, Jessica and supporting cast member Tamara Glynn, I’m genuinely excited for this motion picture. 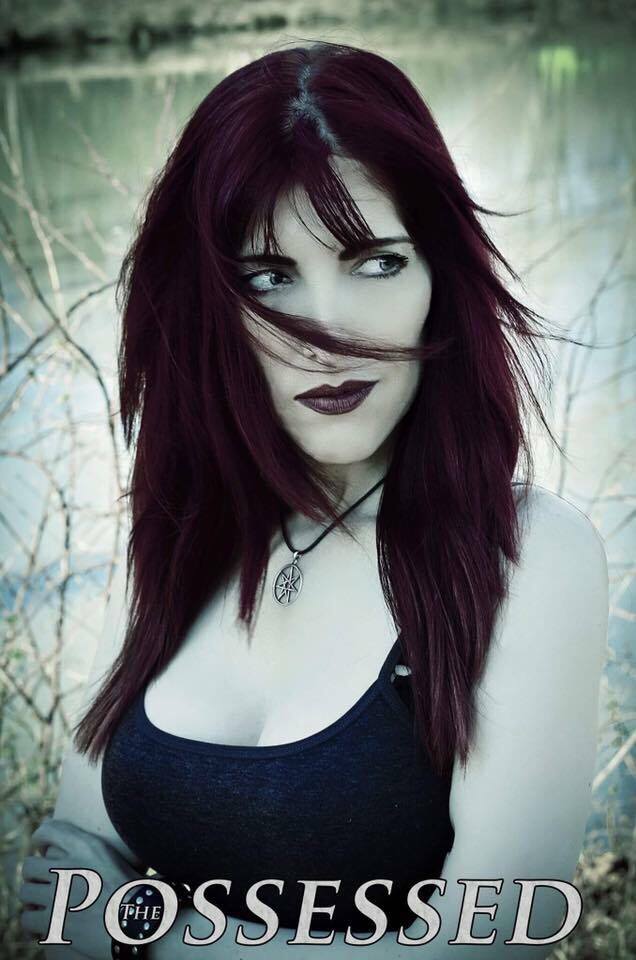 Staying true to her penchant for accepting strong, anti-hero type roles, Jessica admits the character of Ruby Blackwood is not cut and dry, rather very layered and rightfully so. Both Felice and Glynn shared that the writing in this particular film was at times surprisingly humorous and edgy, and the star seems to relish this opportunity to play such a conflicted woman.

This is how she likes it too…a meaty role, a broken human, a character you have to process through.  “It’s boring when there is no substance,” she says. Having been privy to some of Jessica’s work on previous productions such as Jennifer Valdes’ short film ‘Laid To Rest’ (which won Best Horror Short at The Winter Fest film awards) and her lead in ‘SoulMate: True Evil Never Dies’, her kind and soft spoken manner was a far cry from the sometimes sultry presence the actress presents on screen.

Jessica, an East Coast resident, born in Illinois, attended UMBC (University of Maryland Baltimore County) and graduated with a BA in Theatre Arts. It’s overwhelmingly obvious when you speak to Felice how much she loves the craft and how seriously she takes on a role.  “If it’s not perfect, I’m not happy,” she says then infectiously giggles. Felice goes on to say, “I live it, and I become the character.” 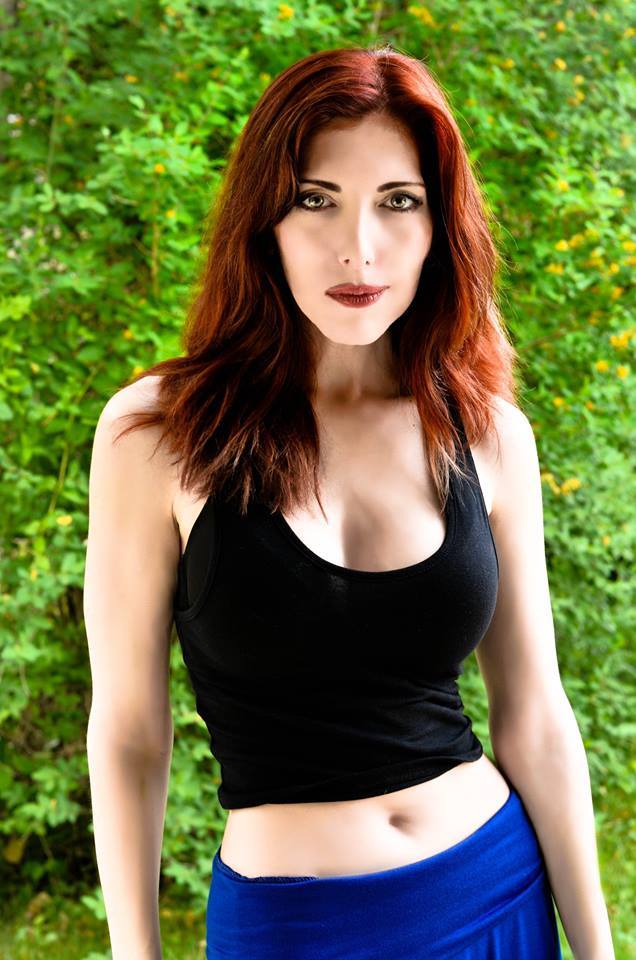 This mentality is very much shared with other trained theatre actors I mention, and she agrees. Her work in several professional touring stage shows and children’s theatre is shining through, so  I ask her how she caught the acting bug initially. She tells me that her father was also a Theatre Arts major (with a double major in Broadcasting) and was incredibly supportive of her endeavors. I note the sincere love and admiration in her voice when she speaks of her father, and I reveal the bond shared between my grandfather and I was also strong due to our shared love of movies. As we reflect fondly, I can tell we are both choking back some emotions.

Jessica surprisingly says that her Dad wasn’t a fan of Horror; he was more a Sci-Fi kinda guy, an avid Star Trek watcher. Luckily for us, this didn’t deter the actress from accepting parts in some terrifying tales and joining a new era of Scream Queens and Women in Horror. I mention this to her, and she comes across so humble, almost shy to assert her presence in this manner. 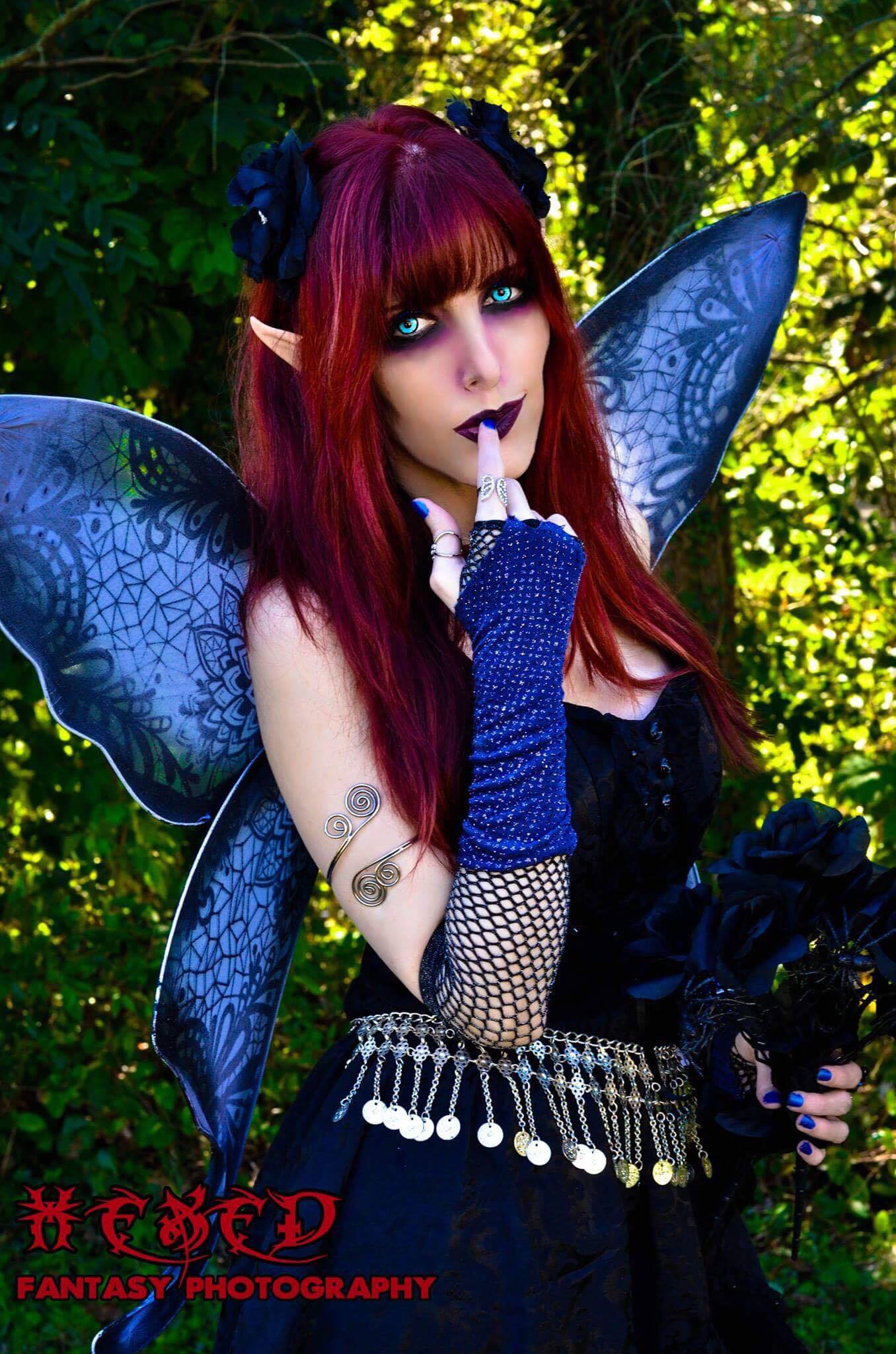 Jessica Felice seems to adore all things creative, with a love of Cosplay (she won a contest for her Vampirella) and stage shows in tow. She also really admires the intricate and detailed workings of puppetry, which began back in college during a workshop, enthusiastically adding, “There’s so much storytelling involved!”  Tim Burton’s films and his visual style are enjoyed almost as much as theater productions to the actress. When I ask her what are some of the plays she likes most, like a kid listing off their favorite toys she states, “Wicked, Rent, Rocky Horror Picture Show…stage equals such freedom!”

Rounding out her talents, Jessica Felice also has worked on video games and animations, lending her voice-over abilities. Her enthusiasm for acting and entertaining is evident in almost everything she shares, and she truly feels blessed. She is a warm-hearted, hard workin