“Scream, Queen!” has a lot on its mind but more on its heart, as the unlikely story of a gay horror icon making peace with nightmares old and ongoing. 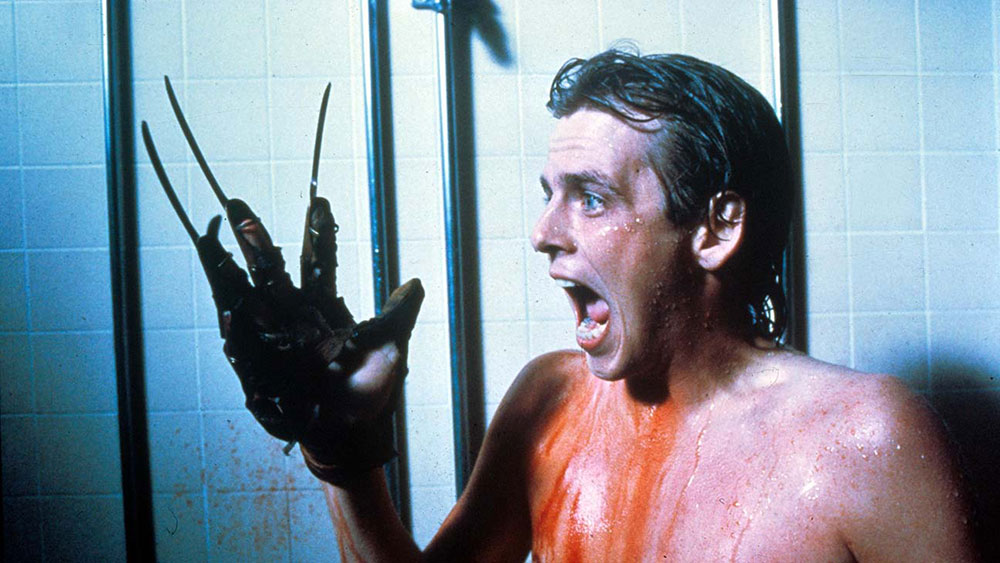 The first time I saw Nightmare on Elm Street 2: Freddy’s Revenge was at the Aut-O-Rama Drive-In. They hid it in the middle of a four-movie marathon the weekend before Halloween. If memory serves, it started with Night of the Living Dead, then the first Nightmare on Elm Street, then Freddy’s Revenge. I don’t remember what came after. Whatever it was stood no chance of making an equivalent impression.

You could hear the reactions from car to car, open window to open window, a hushed breeze of “What?” rolling across the gravel. It sounded like they were as prepared as I was, used to basic cable marathons that sidestepped the sequel entirely, a move made seamless by recurring characters in the Nightmares on either side of it.

I was fascinated. Soon as I got home, I dug up anything I could find on Freddy’s Revenge. According to the clicked-est powers that be, only seven or eight years ago, it was the “wrong” Nightmare. It broke the rules, despite those rules only becoming ironclad in the next movie. It didn’t explore any of Freddy’s past, even if that wouldn’t be the standard until the back nine of the franchise. It messed with sacred horror convention by featuring a Final Boy instead of a Final Girl, though it does chicken out on that in the closing showdown.

And of course, most infamously, Nightmare on Elm Street 2: Freddy’s Revenge was “the gay one.”

Scream, Queen! My Nightmare on Elm Street is about that complicated legacy.

It’s about the arms-length danger of cult objectification, when complex art is written off as Weird by the primarily straight, white, male consensus.

It’s about the willful ignorance and commercial carelessness of filmmakers who only know better when it makes them look better. It’s about the overdue examination of casual homophobia in ‘80s cinema, horror especially. It’s about closed doors in Hollywood and murderous epidemics cheered by the nightly news.

Scream, Queen! is about Mark Patton and his nightmares, which include all of the above.

As he sits down in frame for the first time in the doc, a voice-over interview refers to Patton as the “Greta Garbo of horror.” 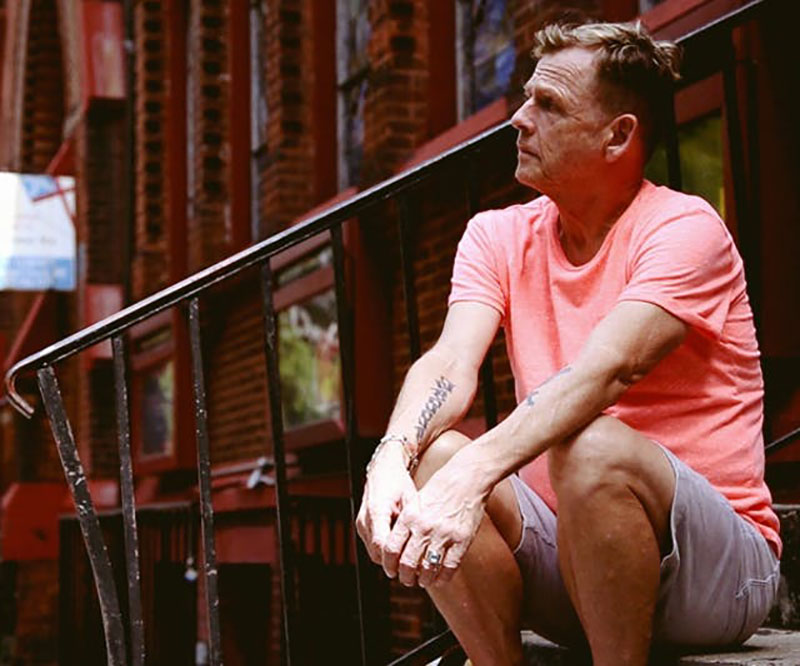 It’s an apt comparison, but Garbo made 31 movies before disappearing. Patton only made three. Then again, had she made a sequel in one of the biggest franchises in horror history, Garbo might’ve earned the convention-long lines that Patton does.

“For most of these people, it’ll be the only time they ever meet you,” he says, on his way to Shock Pop Comic Con in Fort Lauderdale, “and it’s a big deal.”

Mark Patton cares. As anyone who’s been to a con or two knows, that care is not necessarily a given. In defense of the celebrity guests, it can also be tough to muster when you’re treated like a walking standee for days at a time. Just try not to wince when Patton recalls his early days on the circuit: “People would walk up to my table and tell me how much they hated the movie.”

He wouldn’t have known about any of it if Never Sleep Again: The Elm Street Legacy, a double-feature-length documentary also available on Shudder, hadn’t hired a private investigator to find him in 2010. Only then, living in comfortable anonymity off a dirt road in Mexico, did he see what the internet had to say about his most famous performance.

Scream, Queen! is a bit scatterbrained — see the list of ‘Abouts’ above — but it has two central threads: Patton’s First Act all the way through Nightmare 2, and the pursuit of a proper end to his Second Act through this doc.

From a young age he knew he was gay and knew there was nothing wrong with it. 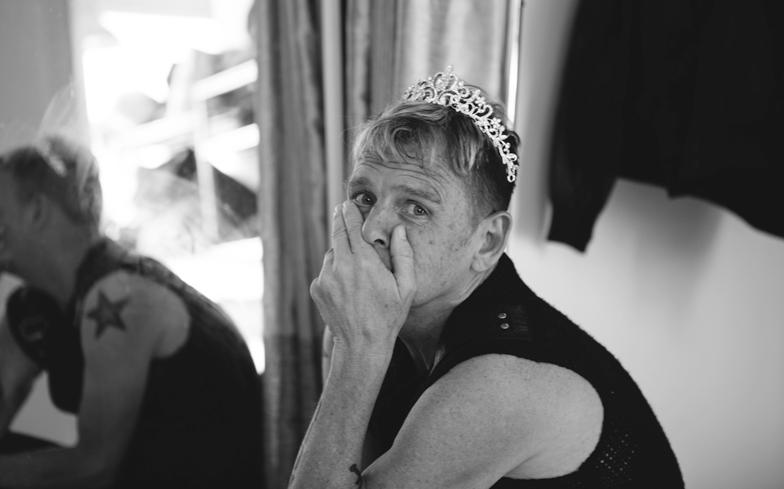 “If God doesn’t love me, there’s something wrong with God.”

Soon as he could, he moved to New York City and almost immediately ended up on Broadway. A Robert Altman movie wasn’t far behind. Not long after he moved again, this time to Hollywood, he got a shot at leading man status.

One of the documentary’s softer tragedies is Mark’s enthusiasm heading into Freddy’s Revenge. He was excited, unconditionally, unlike so many famous faces that got their start in the genre. He didn’t even notice the subtext until cameras started rolling.

Depends on who you ask if Nightmare 2 was supposed to be an allegory for homosexuality. Scream, Queen! asks just about every cast and crew member still doing conventions, and one who’s spent most of his time since 1985 in relative hiding.

Robert Englund, to his credit, seems the most aware both now and then. He’s also the only talking head besides Patton to call out the revisionist memory of the people behind the camera.

There are two scenes in the present-tense that may upset LGBTQIA viewers who have been in similar rooms under similar duress. 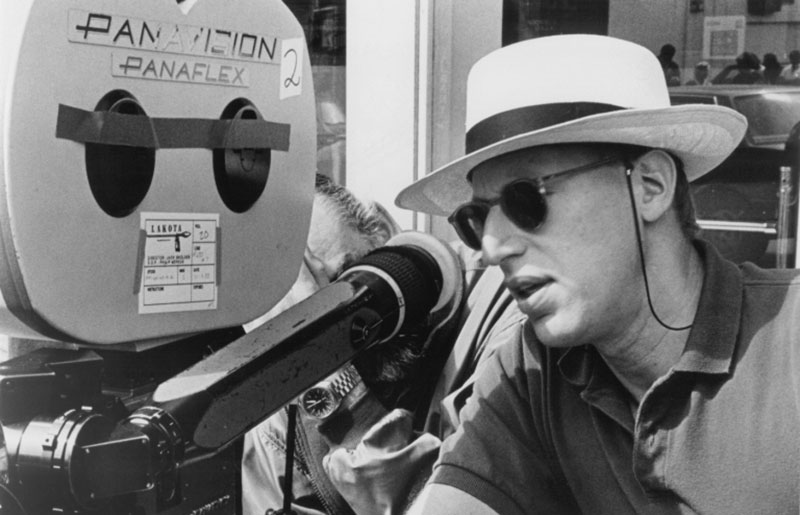 The first is when director Jack Sholder, who maintains complete ignorance to this day, invites Patton to sit down for a chat and promptly tells him to get over it. The internet harassment. His career taking a hit after being outed by a movie that the director himself did not understand. The paint-peeling quotes etched in eternal print by the screenwriter blaming every last gay undertone on Patton’s performance.

When telling Patton about Patton’s career, Sholder says he could’ve continued on as a star, but “chose to not.” Patton keeps his eyes on the floor as the director rewrites thirty years of hate and pain and exile into a conscious choice. When Sholder stops talking, Patton points out that the screenwriter, who only admitted he wrote the movie that way on purpose when the cred became trendy, avoided their reunion specifically so he wouldn’t have to see the living, breathing cost of his grift.

The second upsetting scene comes when Patton does get his chance to talk with that writer, Dave Chaskin, who went on record years earlier that Freddy’s Revenge was “intended to play homophobic rather than homoerotic.” 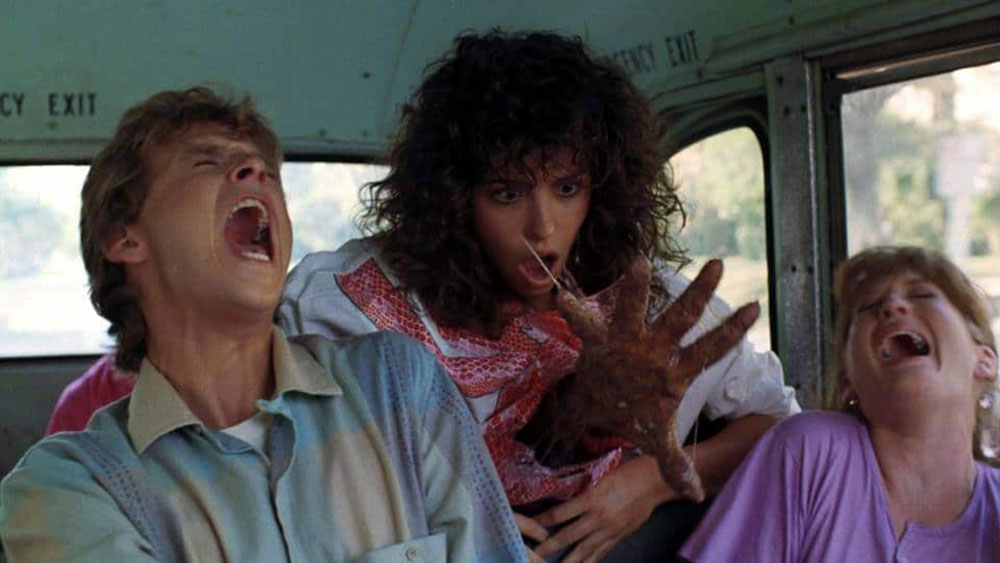 “He has to repress his own desires to survive.”

Patton’s character only makes it out with the love of his best gal. Freddy’s Revenge fits snugly into the anti-queer structure of “Homosexual As Repressed Monster.”

These days, Dave Chaskin can only giggle about it: “You can play with it all you want.”

Over their discussion, the writer admits he didn’t even know any openly gay people in the early ‘80s. He made it an allegory for coming out because that seemed like a creepy idea at the time. When Patton reminds him he wasn’t the face on the poster taking the blame, Chaskin passes the buck back to Jack Sholder, saying, “I never wrote ‘He screams like a woman’.” 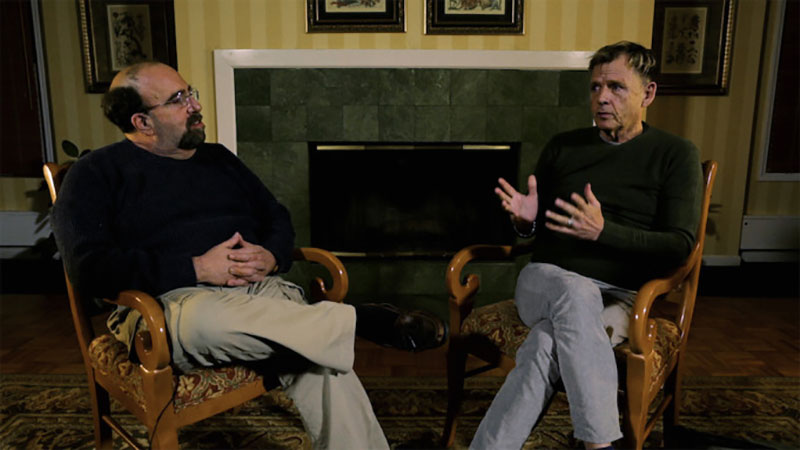 It might even be a catharsis for the audience, if Scream, Queen! hadn’t included mid-‘80s man-on-the-street interviews calling AIDS a welcome act of God or Tiger Beat photoshoots of forcibly closeted actors or Patton’s