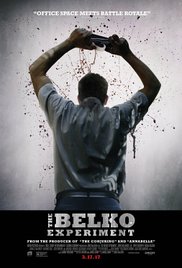 The Belko Experiment is a movie that must have been made for the cynical horror-thriller fan. The movie was written by James Gunn, writer of 2004’s Dawn of the Dead remake and director of Guardians of the Galaxy, and directed by Greg McLean, director of Wolf Creek and Rogue. Based on those credentials, one might expect quite the action-packed horror movie, and The Belko Experiment delivers.

The film takes place in Bogotá, Colombia, where the titular Belko Industries has an office building in a remote part of the city. The audience is quickly introduced to Michael Milch, the office’s resident nice guy, who is portrayed by John Gallagher Jr. (10 Cloverfield Lane). As Milch pulls up to the security gates at work, he notices something isn’t right: there are new security guards checking everyone’s IDs and sending away some of the employees, while letting others go through the gates to the building. 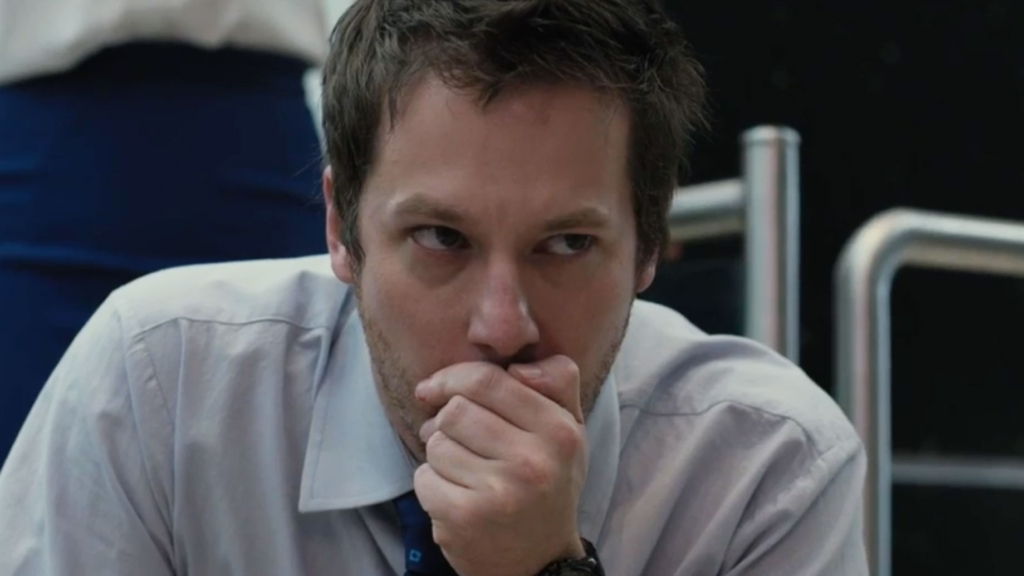 Once inside Belko Industries, we get acquainted with some of the characters, including Milch’s love interest, Leandra (Adria Arjona), the Belko COO Barry Norris (Tony Goldwyn), and the office pervert, John C. McGinley’s Wendell Dukes, who can’t seem to take a hint when Leandra expresses her disgust with him. In visiting the different departments of the company, we see how the workers interact with each other, and even that a number of the employees appear to be friends in addition to coworkers. 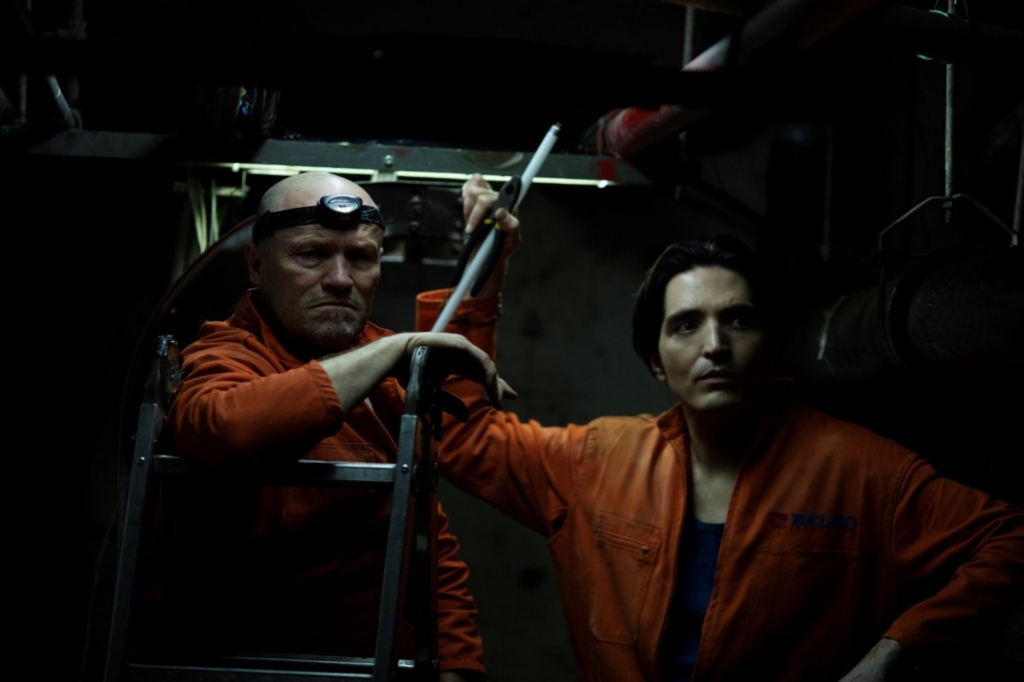 Of course, the typical workday doesn’t last long, and a booming voice announces over the loudspeakers that the workers are going to have to kill three of their own in order to survive as a larger group. If they fail to kill three, six will die at random. The rapid addition of metal sheathing all of the outer windows and doors is more panic-inducing to the employees, who become less and less sure that it’s a harmless prank. Soon enough, people start dying and the gore does not stop once it begins. 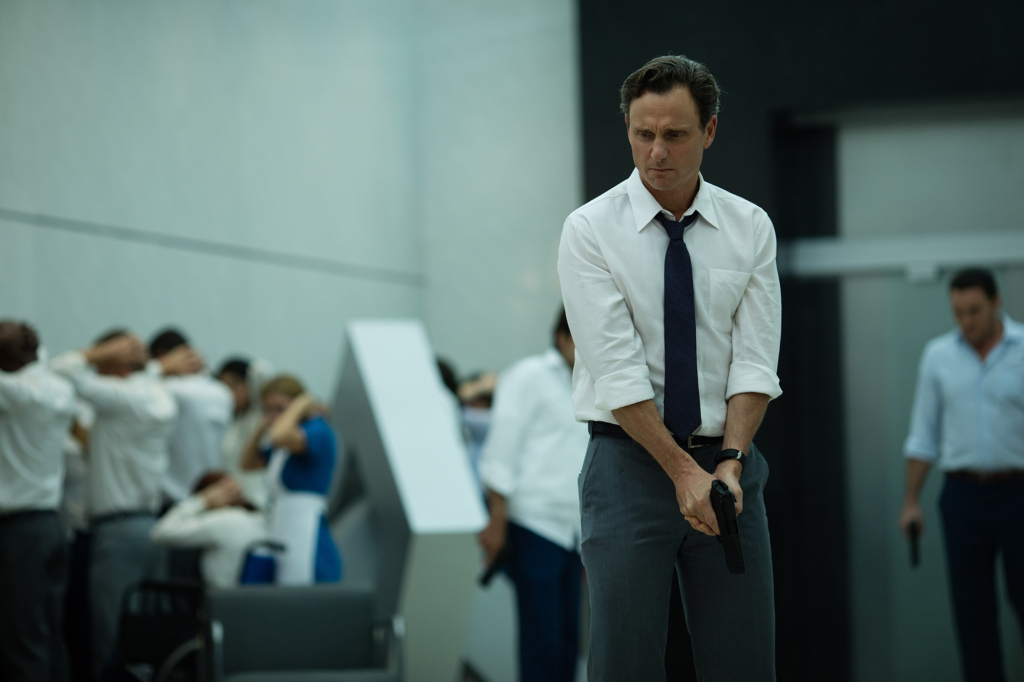 The Belko Experiment has elements from a number of genres and will more than likely remind viewers of other films, including Battle Royale, Circle, Exam, The Hunger Games trilogy, Would You Rather and other thrillers or action movies that act as a statement on humanity or portray a social experiment.

Despite the almost non-stop action and endless blood and gore, there isn’t a lack of humor to the movie. Fans of workplace comedies will see hints of that genre as well, as this movie invokes both the interpersonal relationships and some of the lightheartedness of media such as The Office, The IT Crowd or Office Space, if any of them were brutally violent. 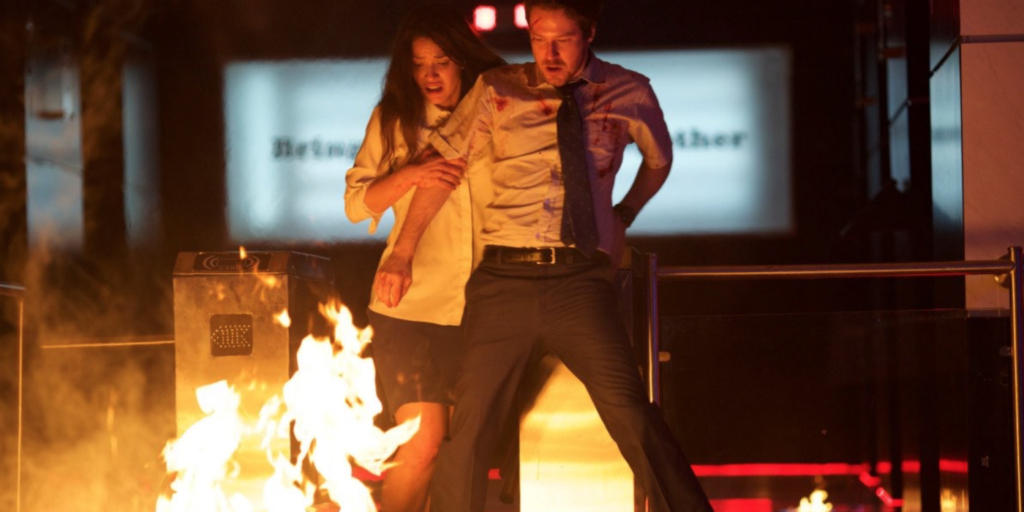 The film excels at shocking the audience in a number of ways, though some might still find the entire plot somewhat predictable. Even in the latter case, the special effects in The Belko Experiment will make viewers cringe, and the myriad ways that office workers and other staff are creatively offed brings a sort of freshness to the “every man for himself” type of movie.

This movie works best, however, as a nihilistic sendup of humanity as a whole, and what others may be capable of in dire circumstances.