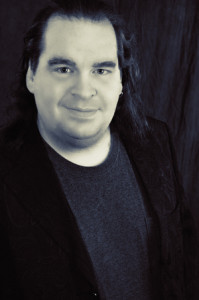 Shawn Anthony is a modern day Renaissance Man — multilingual, polite, musically inclined, and just so well versed in many different arenas. He has worn the hat of everything from Director to Actor, and everything in between on numerous film sets. He’s also a gifted writer. What makes all of this even more impressive is the fact Anthony has pretty much learned all of this ‘on the job’, or sometimes self taught. He didn’t attend a fancy film school, having to survive classes like Film Theory, or the History of Motion Pictures.

It’s as if Shawn was born to entertain and embraced this relatively early on in his life. Before his current role at Harvest Moon Motion Pictures & Television, before directing and writing films, Shawn was a stage magician. Yes, you read that correctly. A very talented stage magician, too. In 2010, at the Houdini Awards, he was named Stage Magician of the Year and won Best Vegas Show for the Las Vegas Magic Underworld Stage Show. Shawn enjoyed his success in magic, but unfortunately he also noted the decline in ticket sales for stage shows. Wanting to continue in Show Business, he remembered what other magicians did — such as comedian Steve Martin — an ambitious switch to the world of film.

But what Shawn Anthony did wasn’t merely magician morphing into film actor. It was much more, with a much needed insight on storytelling to be had. In October of 2015, he learned a friend was going to sell Harvest Moon Motion Pictures and Television, and Shawn jumped on the opportunity. According to the company’s website, “Harvest Moon is a leader in marketing and distribution of feature films with offices in two Countries, releasing films in over 120 International Territories, either directly to theaters or on VOD.” 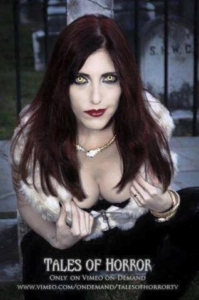 One of the must-see programs available on the Vimeo channel is Tales of Horror, a horror series that seems to have lovingly tried to fill that void left after the conclusions of Tales From The Darkside and Tales From The Crypt, with appearances by legends like Tom Holland (Child’s Play, Fright Night) and Doug Bradley (Hellraiser). Hosted by the very alluring Jessica Felice as Lilith Death, we are transported to her library of Terror as she reads from the Book of Nightmares leading into one terrifying story after another. Season one of this thirteen episode season is well underway.

Not only does Shawn Anthony overlook all of this, he also runs SQ Horror Magazine, which had its inaugural run in March of 2016.  Some of the covers of the magazine feature Bonnie Aarons (The Conjuring 2), Lisa Wilcox (A Nightmare On Elm Street franchise) and the Soska Sisters (American Mary, Hellevator).

If you notice a theme of talented and successful females adorning the magazine covers, you’re not mistaken.  Anthony really champions ladies in the genre, enjoys collaboration with the women of Horror, and absolutely loves to create strong, independent, complex characters for actresses to take on within his own films. 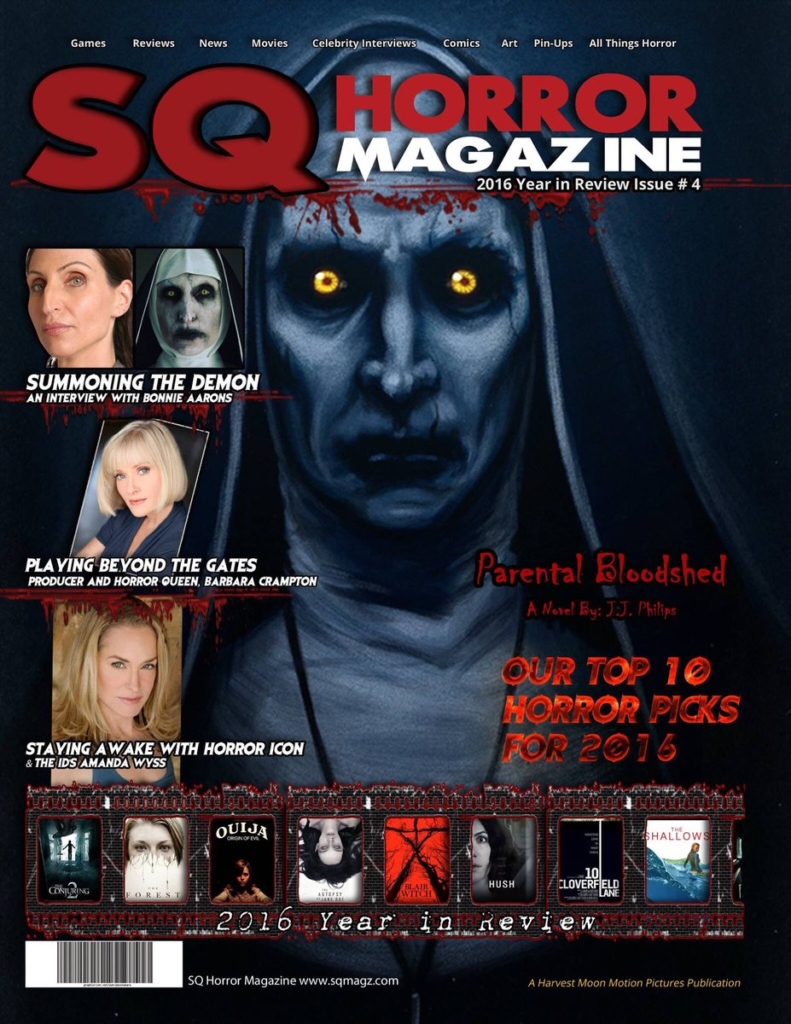 Shawn’s debut film, SoulMate: True Evil Never Dies, took home 7 awards, including Best Director, Best Cinematographer, Best Actress (Jessica Felice), Best Supporting Actress, Best Actor, Best Horror Film, and Best Script. He not only wrote and directed the film, but also did the music, cinematography, and editing. He also caught the attention of many convention and genre film fest goers with the run of the film, which earned himself, leading lady Jessica Felice and Harvest Moon some new fans. It appeared to be an ode to Anthony’s confessed fascination with period pieces, history, and true crime.

In SoulMate, Jack The Ripper appears to be a practitioner of the Dark Arts, seeking immortality by offering human sacrifices in 1888 London. Coming back from the dead, Jack begins terrorizing a small town, leaving police baffled. Desperately looking for answers, they ask for help from a local psychic named Katie. But, as her connection to the case grows stronger, people in her life begin to tragically die. Surprisingly, 11 scenes were cut from this movie, but it still has a running time of over two hours.

Following the success of his debut, he decided to quickly add to his resume with another multiple award-winning feature, Vampires: Rise of the Fallen. And he obtained some well-deserved notoriety after the two fright flicks. 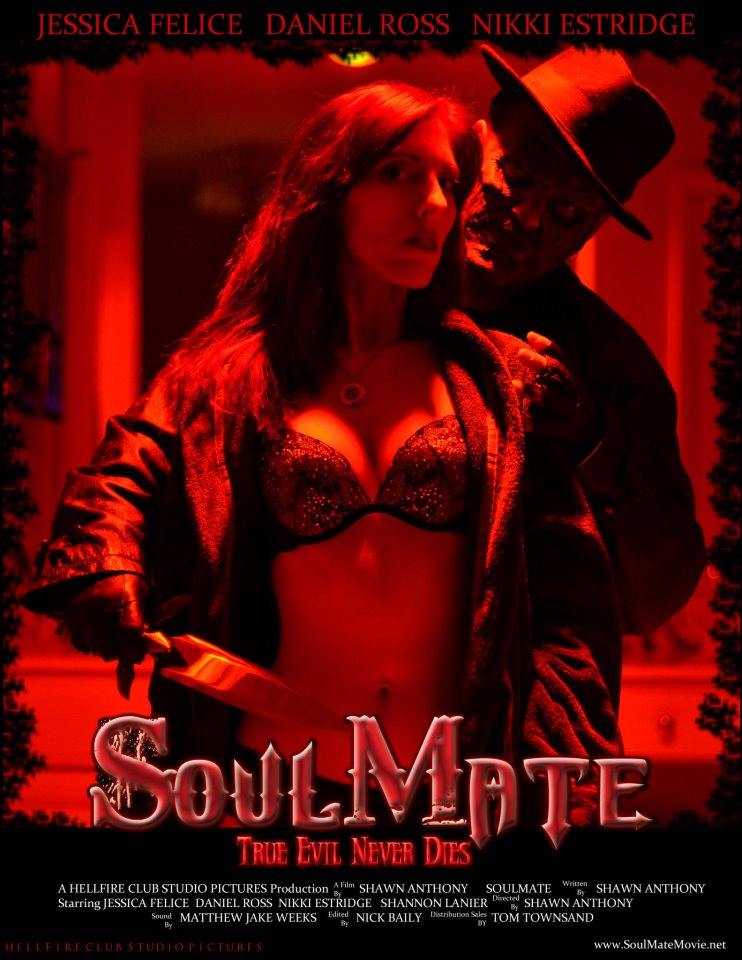 Shawn has worked to earn quite an extensive list of directing, writing, and cinematography credits.  With such a versatile resume, I ask Shawn which of his many creative talents is his favorite. “Writing is my favorite, then directing” he says without a doubt.

Recently, Shawn teamed up with one of his favorite actresses, Jessica Felice, along with filmmaker and gifted editor, Jennifer Valdes, to create the stunning short Laid To Rest. Shawn also served as Director of Photography on the film. I note his many collaborations with females in many different facets of filmmaking and with Harvest Moon itself, not to mention his own creations. “When I was growing up, my best friend was a girl, and it always made me think about the flawed journeys for the ladies within stories. Women’s mysteries are amazing, and the range they possess…,” explains Anthony.