The cult classic “Near Dark” is a standout in the vampire sub genre, with Kathryn Bigelow proving her talent long before she was an Oscar winner. 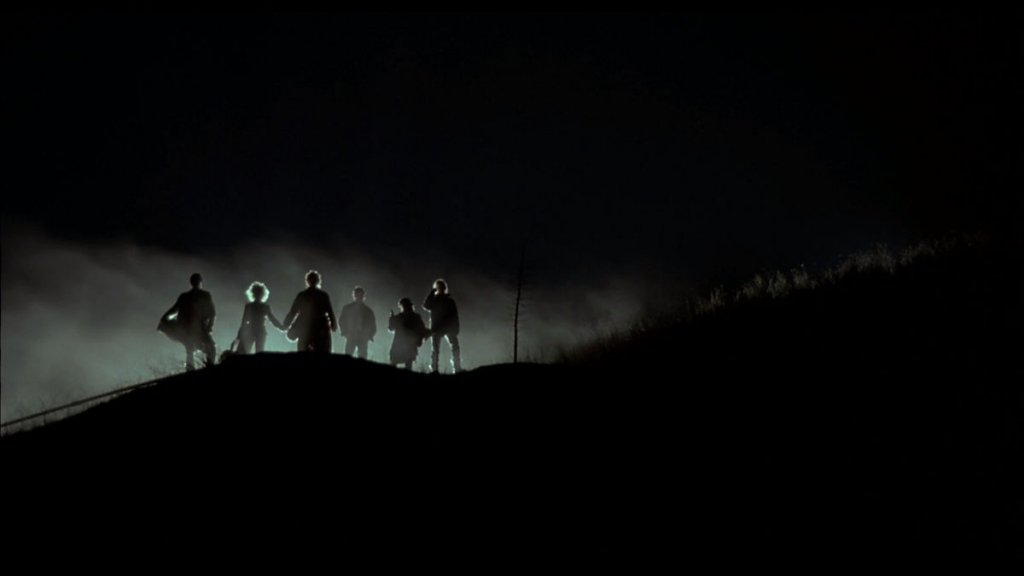 Pretty much every horror fan has seen their fair share of vampire movies over the years. They can also more or less recite the standard list of limitations vampires typically have by heart – they can’t handle crucifixes, don’t like garlic, and so forth. Although there are definitely vampire movies out there that manage to be worth your time despite following the formula to the very letter, it’s the ones that think outside the box in clever ways that really stand the test of time.

Kathryn Bigelow’s 1987 cult flick Near Dark is definitely the latter.

Female horror director Bigelow’s collective body of work covers a wide range of different styles and genres, so if you don’t associate her name with horror, you almost definitely associate it with Oscar-caliber masterpieces like 2008’s The Hurt Locker. Near Dark was only her second feature, but its creativity definitely foreshadows a promising future for the talented director. It features performances by Adrian Pasdar (of 2008’s Home Movie), Jenny Wright (The Lawnmower Man), horror veteran Lance Henriksen (Needlestick, Pumpkinhead), and Bill Paxton (Frailty), among others. 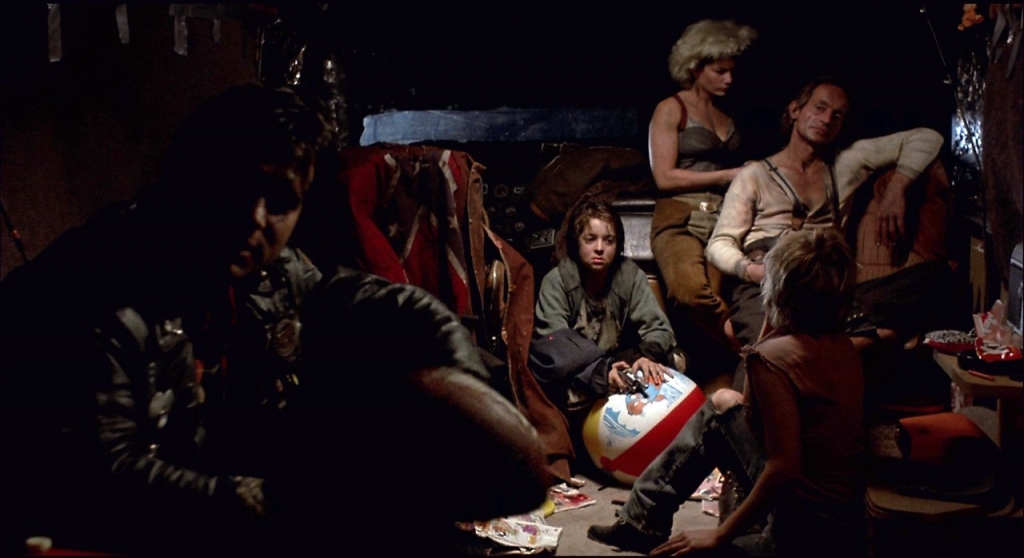 The plotline follows the exploits of Caleb Colton (Pasdar), a young small town man who is bitten one night by a beguiling drifter called Mae (Wright). When the light of the rising sun affects Caleb exactly as you’d expect, he’s rescued by Mae, now in the company of an entire group of nomadic vampires, including Civil War vet, Jesse (Henriksen) and the deliciously unhinged Severen (Paxton).

Somewhat reluctantly, the band of vamps decides to give Caleb a chance to prove he deserves to stay with them. However, Caleb doesn’t exactly take a shine to their lifestyle and is particularly disgusted by the idea of killing to survive.

The vampires at the heart of Near Dark will definitely scan as familiar to those that loved other vampire movies of the era – like The Lost Boys and Fright Night to name just two examples. For instance, they do feed on human blood and can be destroyed by the sun. However, this film does an excellent job of presenting them as fully fleshed out characters, each one interesting and unique. 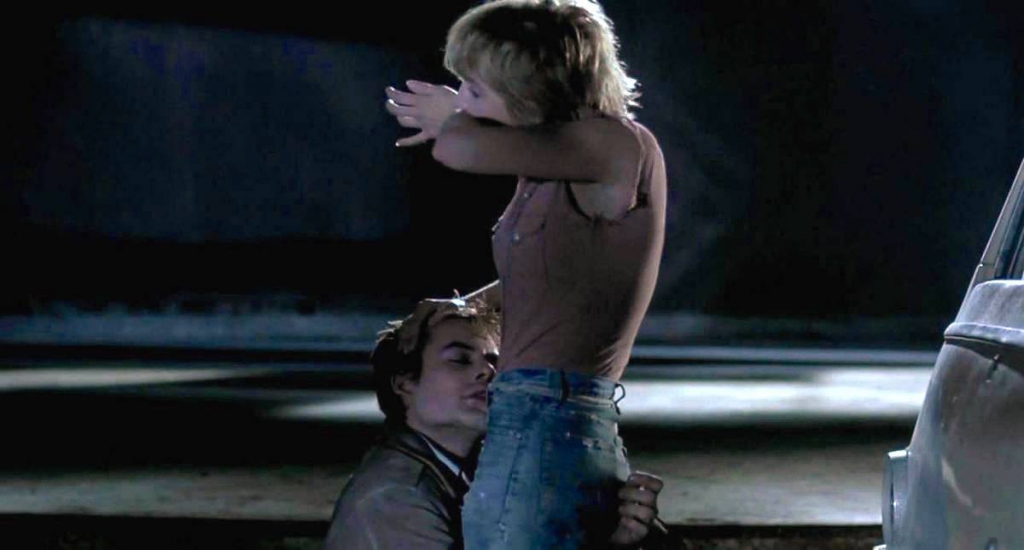 Henriksen in particular really shines as the 200-year-old war veteran, Jesse, as does Joshua John Miller who plays Homer, a fully mature man trapped forever in the body of a 12-year-old.

The complicated relationship between Mae and Caleb is also quite intriguing, as it comes attached to a purity and innocence you don’t necessarily expect in a vampire film. ‘Near Dark’ delivers a rather lovely, eerie atmosphere that warrants appreciation as well, especially as set to the haunting score of Tangerine Dream. And if you’re a gore lover? The film even brings that to the table in a way that showcases Kathryn Bigelow’s keen eye for riveting action sequences. 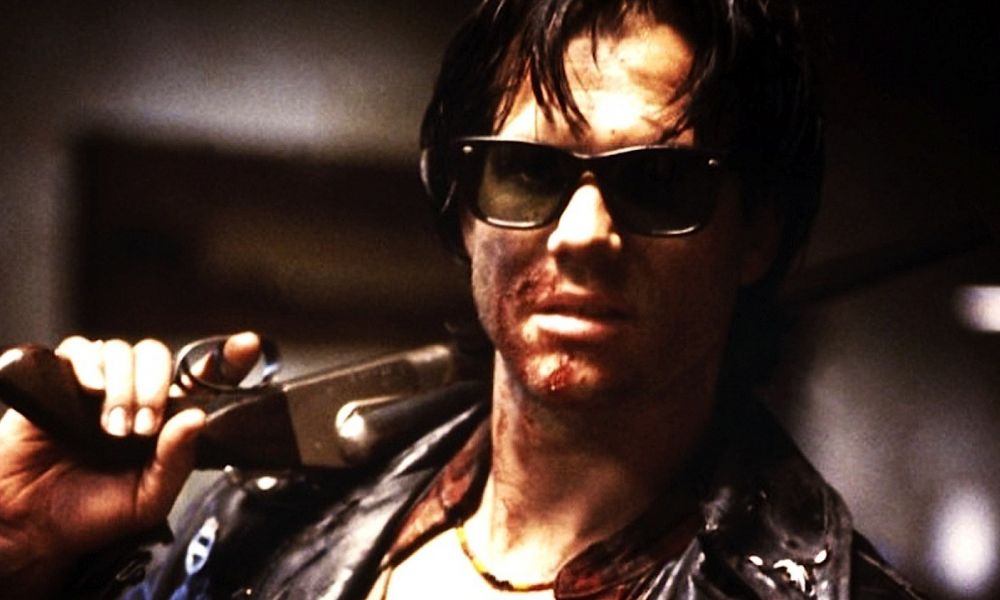 Granted, Near Dark isn’t a perfect film. As is the case with many horror movies from the 80s, you’ll certainly hear your fair share of cheesy dialogue that doesn’t quite sound like real life. Also, some performances are certainly better than others, with standouts Paxton and Henriksen easily outshining lesser developed talents like Pasdar and Wright.

Overall though, this film really works on a level that makes it easy to understand how it’s gained a loyal cult following over the years, despite an initially poor box office performance.

Those that love vampire stories in general will most definitely see the influence Near Dark had on later hits like From Dusk Till Dawn and HBO’s iconic True Blood. The fact that the story is told through the eyes of a young innocent like Caleb gives it a fairy tale quality that takes familiar material and sets it apart from the rest of the pack in some very interesting ways.

Editor’s Note: This article is part of a new ongoing series in collaboration with our incredible friends at All Horror, the ultimate online horror database.