Dances With Films Review: Like A Dirty French Novel (2021)

“Like a Dirty French Novel” is a low-budget labor of love; a bizarre film-noir mashup with interesting ideas beneath a schlocky exterior. 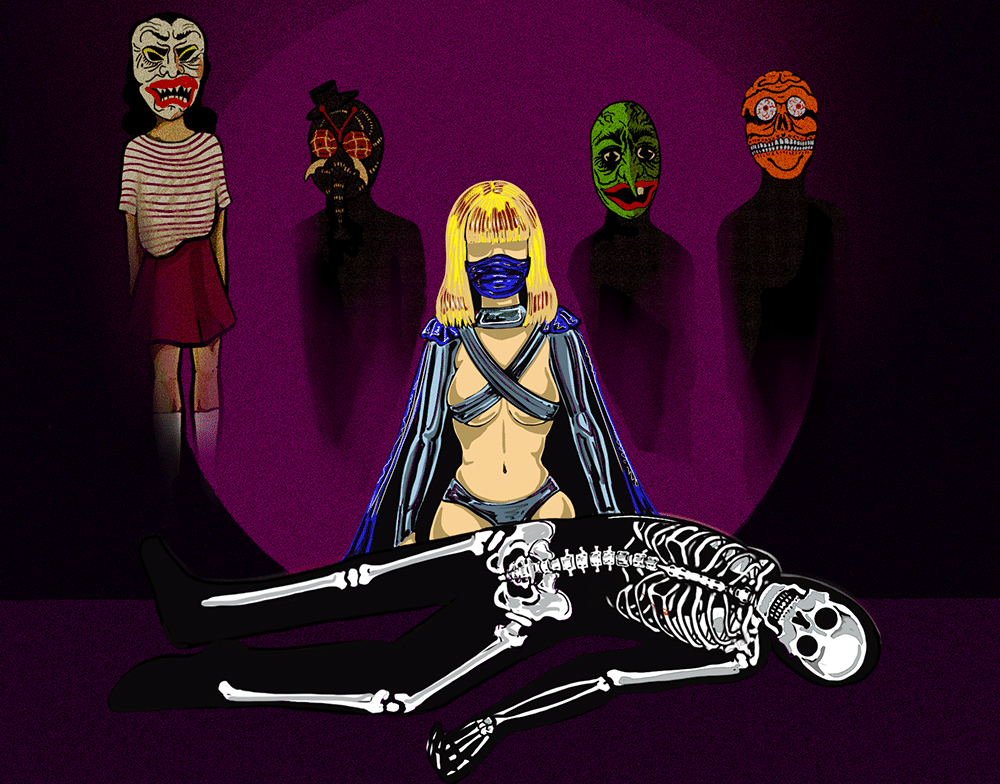 I’m not going to lie…after the unsettling (and not in a good way) intro to Like A Dirty French Novel, from here on out abbreviated to LADFN, I was prepared to be extremely disappointed with the rest of the movie. Like, dead set against enjoying it at all.

Random characters screaming that they are trapped in quicksand while being observed by motionless people in papier-mâché Halloween masks, could certainly be an interesting premise. Or at least as long as the viewer is provided context, that is. But as a cold open, with no real indication of who these people are, or why they are (unconvincingly) sinking into quicksand, it just didn’t set the right tone for me.

Couple that with a disjointed take on storytelling (which ultimately does work in the long run), and I was certain that LADFN was going to be nothing more than a slapdash affair from folks with sudden access to cameras and a very short window of time in which to use them.

And, to be fair, the movie was shot in a very short amount of time. Thankfully, the context that was missing upfront is eventually provided. Well…kinda. And despite my initial reservations and confusion, LADFN actually does have a compelling story to be told. It just happens to be buried under some seriously weird interludes and random shifts in tone.

The film’s synopsis describes it as being a campy pulp-noir tale in the vein of Pulp Fiction and Lost Highway. As an unabashed lover of both of those films, the comparison is a lofty statement indeed. It is also, however, strangely accurate.

LADFN is in the vein of those classics but in a very low-budget and lo-fi sort of way. 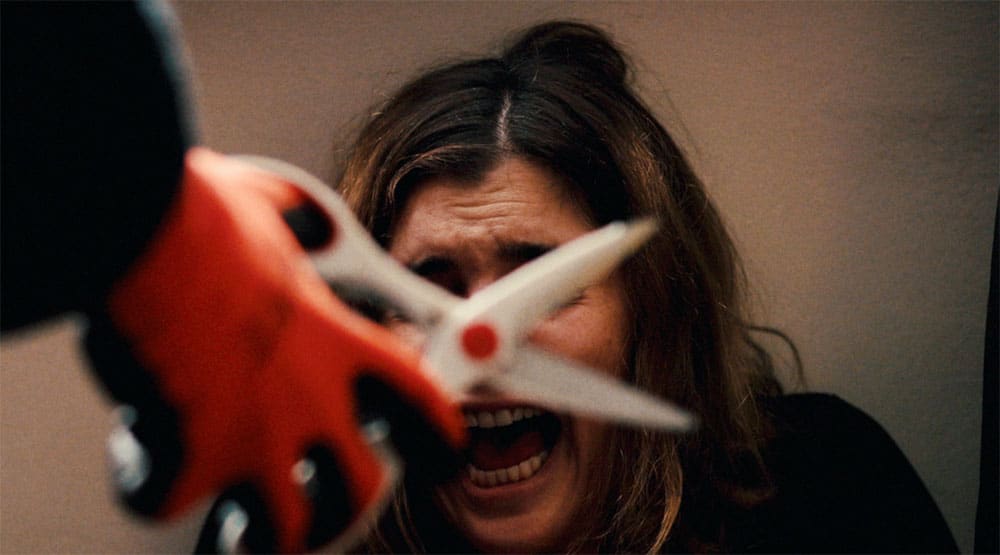 As someone who is currently writing a noir tale, the film being described as such held appeal to me. And though they are randomly inserted, there certainly ARE noir elements. In fact, the times when those moments (strange camera angles, genre-specific dialogue, and hidden motives) come to the fore are when the movie really stands out.

Sadly, they happen so infrequently that they ultimately leave the viewer wanting more.

Again, I was ready to dismiss this movie entirely. I even messaged our editor-in-chief that very night, asking her exactly WTF she had gotten me into. But the fact that I’m still thinking about it a day after watching it means that writer/director Mike Cuenca obviously did something right.

In order to help potential viewers have at least some idea of what they are getting into, I’ll set a few things straight. First, this is not a horror tale in any way, shape, or form. Second, the tone of the movie is where the comparison to Lost Highway comes from, while the out-of-sequence storytelling is straight out of the Pulp Fiction playbook. Third, don’t expect everything to be answered, or even completely spelled out.

In keeping with the noir tradition, some things are intentionally left vague. This works in the movie’s favor, as many of the events that transpire are just campy or silly enough that trying to add additional gravitas or meaning to them would come across as ridiculous.

Honestly, the best way I could describe LADFN would be to say that it’s like the editing and overall vibe from 70’s Hammer Horror films got thrown into a blender with CLERKS, the original BATMAN TV series, PULP FICTION by way of a cheap foreign film knockoff, the entire COVID-19 experience of 2020, lesser-known film noirs from the 1950s, and a few public access how-to videos for filmmaking.

The resulting concoction just is as colorful as it sounds. 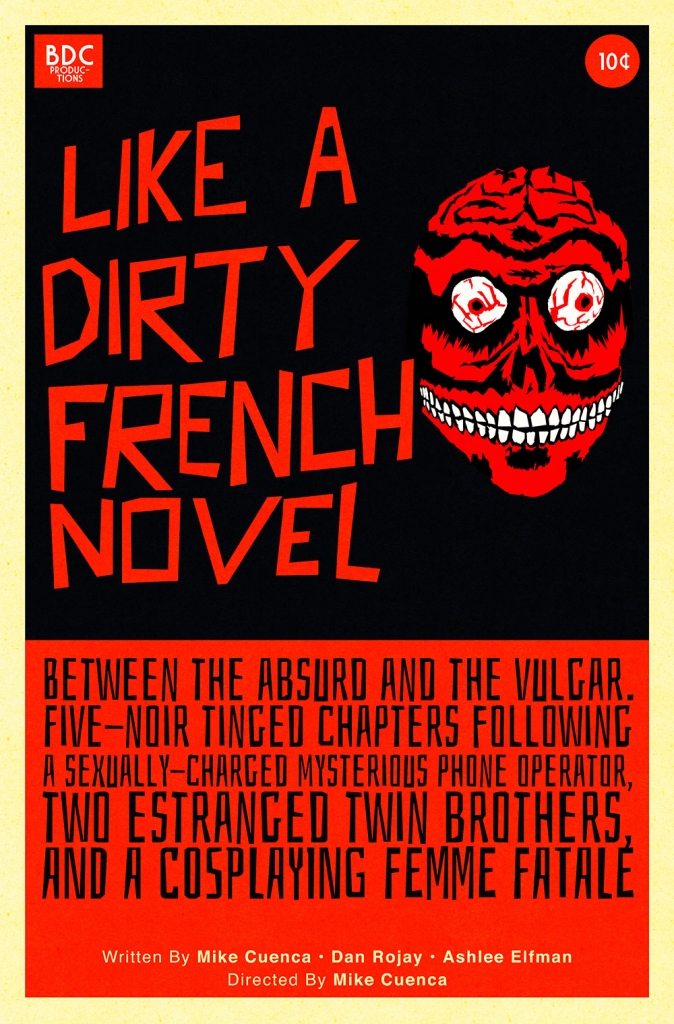 As befitting such a campy film, the acting is a mixed bag. But given the changing tones, what I consider to be questionable emoting may very well be intentional.

Thankfully, the two characters we spend the most time with are reasonably well portrayed by their respective actors.

Actress Jennifer Daley has the lion’s share of screen time, and I was surprised by how many other independent films she has been in. She manages to imbue her femme fatale character, Crystal, with such frail and fractured humanity that we cannot help but feel for her.

As her estranged boyfriend (and occasionally one of our noir-based protagonists), actor Robby Valls gives Humberto a few different sides. From indifferent lover to case-cracking amateur detective, Humberto jumps all over the place, and Robby attempts to bring out Humberto’s disparate sides during those moments.

The rest of the cast runs the gamut between serviceable and awful, though again much of that may be by design. Given that the film was shot in roughly seven days, a few of the roles were likely filled with whoever was available at the time.

So did I mention that the movie is bizarre? 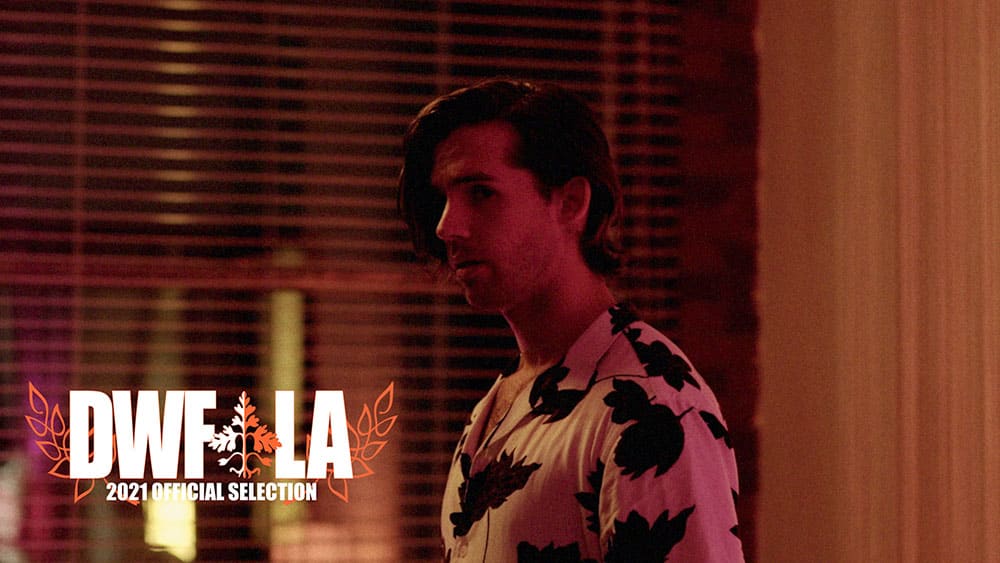 Because boy howdy…it certainly is all over the place.

Broken out into “chapters” that focus on either different characters or different points in an existing character’s timeline, LADFN gives the appearance of taking place outside of chronological order. Though this happens less often than what is initially apparent (but the jumps still effectively add to the mystery).

There are moments of genuine introspection, especially when discussing the impact that a global pandemic can have on the average citizen.

There are noir-ish detective moments, replete with double-crosses and shifting allegiances.

There’s a little bit of softcore Cinemax action happening, a comedic happenstance due to mistaken identity, and even some old-school Batman fisticuffs, replete with screen-filling BAM and POW action cards!

It’s schlocky, it’s pulpy, and it’s more than a little crazy, but LADFN is actually greater than the sum of its parts. 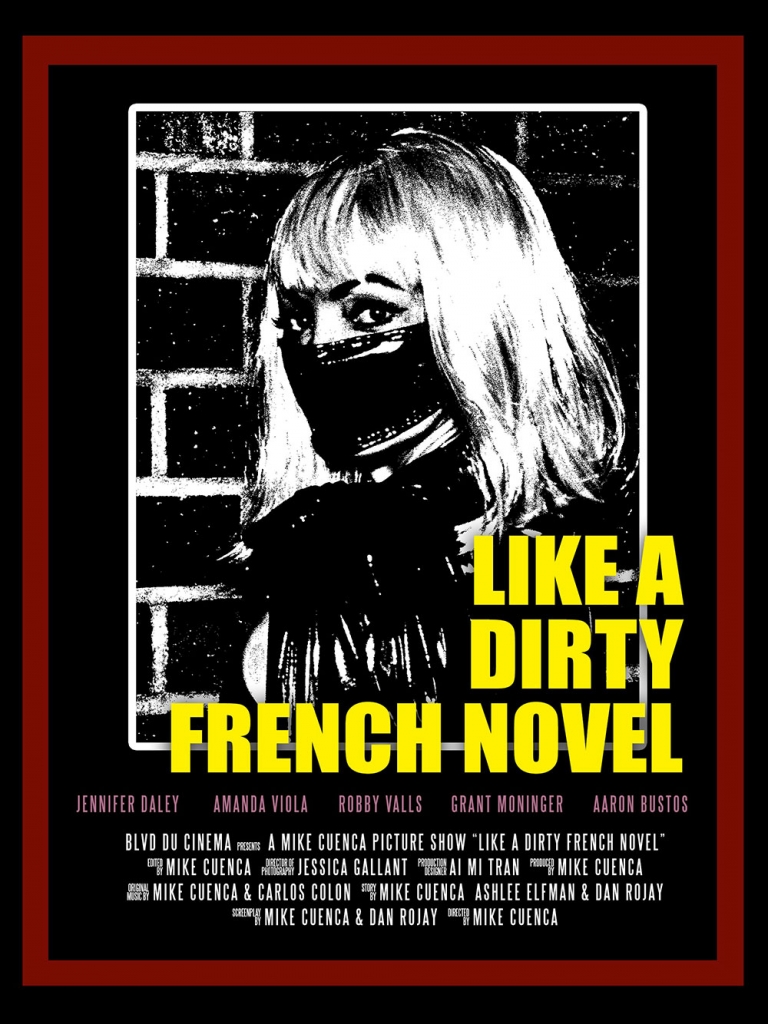 While I can’t say that it’s a great film, I can certainly attest that it is an interesting film. More thought-provoking than one would assume. And I have no doubt that the cast & crew had a great time making it.

On the technical side of things, this is a supremely low-budget affair, and it shows. Every now and again, confused bystanders can be caught in the background of shots, looking on as the crew performs their filming duties. Dialogue isn’t always clear. Lots of slow fades are used instead of the traditional jump cuts. Lighting is too bright in some scenes and too dark in others.

And if I didn’t want to look past those technical limitations, I could easily call LADFN a complete and utter failure.

But knowing that there is a genuine noir story buried underneath it all kept me engaged all the way until the end. And I am always willing to give props for effort.

So if you’re in the mood for a low fidelity Pulp Fiction and film-noir mashup, Like A Dirty French Novel is worth checking out. If low-budget indie flicks aren’t your thing, then I would recommend you steer clear.

Like a Dirty French Novel made its World Premiere at Dance With Films LA 2021.