The de factor leader of the Losers Club is Bill Denbrough, the boy who suffered tragedy, loss, and neglect that fueled his passion for destroying IT. 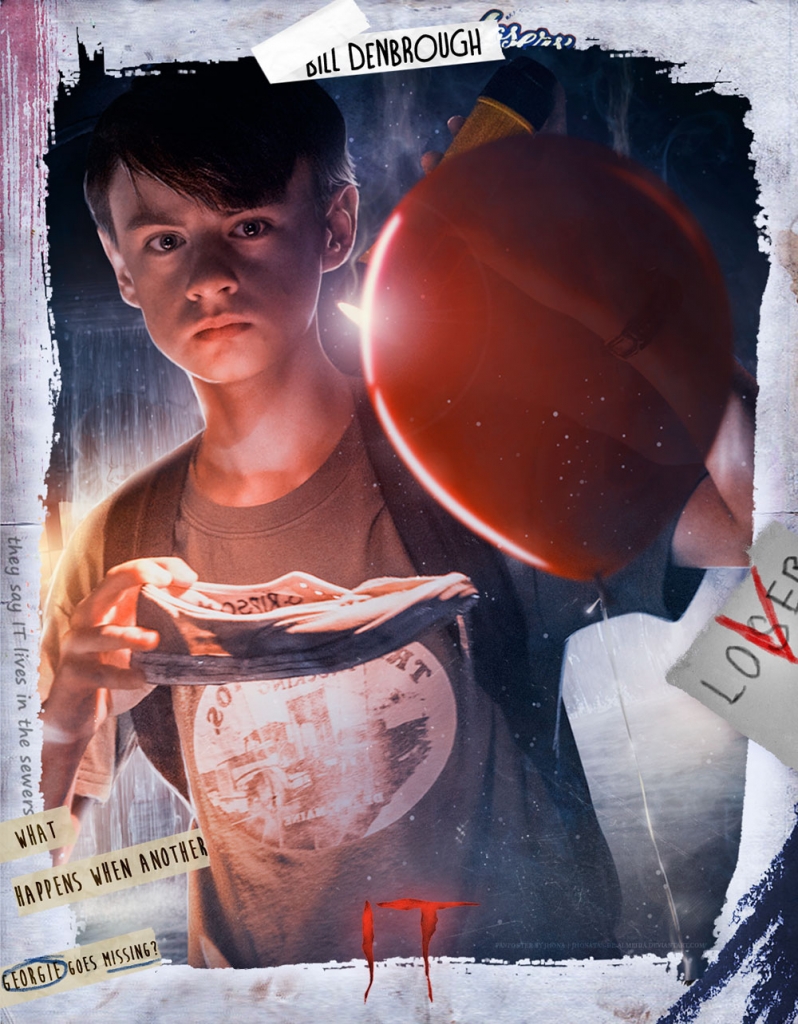 Bill Denbrough is perhaps the most easily recognizable of the Losers Club because he is the elder brother of the ill-fated Georgie. Georgie’s demise at the hands of It places Bill in the prime position to become the de facto leader of the Losers. While his brother’s untimely death puts him in a leadership role, it leaves him as an all but forgotten child in his own home and the subject of parental neglect.

As an adult, he only seems to have put his past behind him when he becomes a prolific horror author and marries the beautiful and talented actress Audra Phillips. Bill’s resulting novels are tinged with the scars of a past that he can only fleetingly remember in his own dreams — until he answers Mike Hanlon’s call to return to Derry to defeat the monster than killed his brother all those years ago.

Before Georgie’s death, the Denbrough family was lively and loving.

After Georgie’s horrific run in with It, Bill becomes the one that is the ghost in his own household. Bill’s parents are nowhere near being the worst in the novel, but they are definitely negligent and aren’t in tune with their living son’s dire needs. King depicts one heartbreaking observation by Bill regarding the family’s changed dynamic writing,

In those days his mom and dad had also been bookends on the couch, but he and George had been the books. Bill had tried to be a book between them while they were watching TV since George’s death, but it was cold work. They sent the cold out from both directions and Bill’s defroster was simply not big enough to cope with it. He had to leave because that kind of cold always froze his cheeks and made his eyes water. (242) 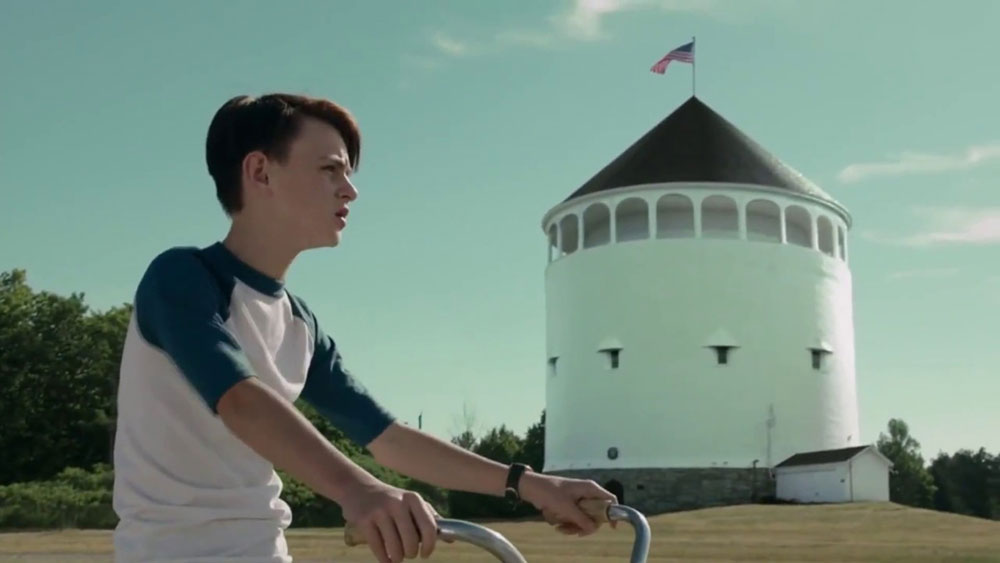 Bill’s parents’ own grief and mourning have overtaken the needs of their son, thus creating an extremely unhealthy environment.

Because of how his parents treat him, Bill becomes obsessed with destroying It. Bill truly believes that if he can somehow defeat the monster that took Georgie from him that his parents will care and love him again like they once did. In adulthood, Bill admits this to the other Losers:

“It would be my fault m-most of all, I guess, because I wuh-wuh-wanted us to go on. Because of Juh-George. Maybe because I thought that if I killed whatever k-killed George my puh-harents would have to luh-luh-luh—” (King 843).

This moment puts Bill’s headstrong determination to kill It into heartbreaking perspective. It shows that his parents’ treatment of him also had bearing on his own mental state and idea of self-worth. 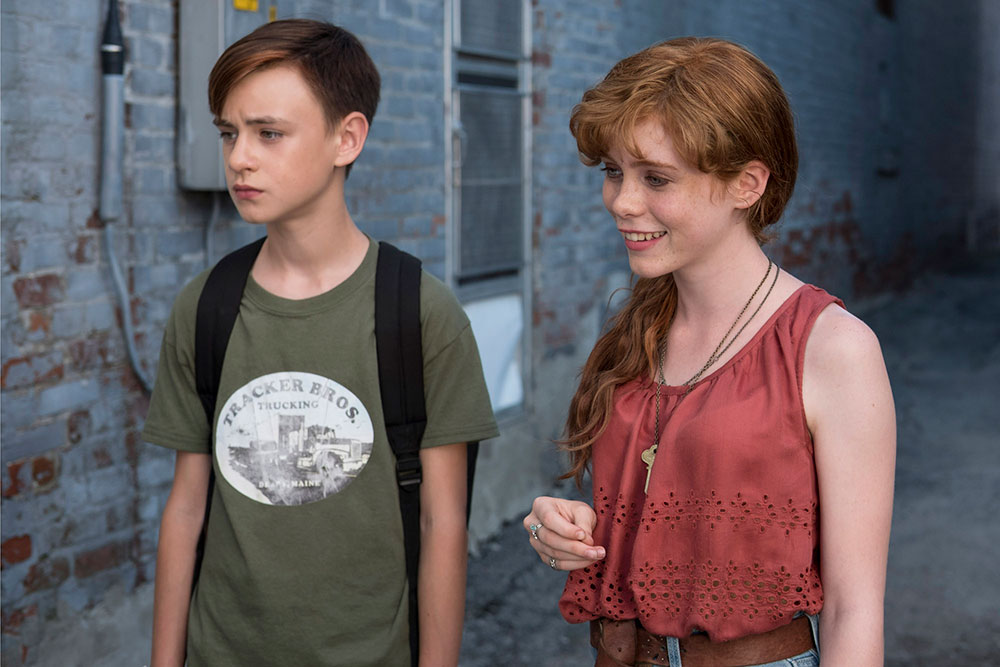 What Bill experiences can be typified as child neglect.

A fact sheet from the Child Welfare Information Gateway, which is provided by the United States Department of Health and Human Services, titled “What is Child Abuse and Neglect? Recognizing Signs and Symptoms” defines child neglect as “…the failure of a parent, guardian, or other caregiver to provide for a child’s basic needs” (3).

Bill may not go hungry or live in poor conditions, but his emotional needs are simply not being met in by his parents. The Child Welfare Information Gateway breaks down different types of child neglect and in doing so lists, “Emotional (e.g., inattention to a child’s emotional needs, failure to provide psychological care, or permitting the child to use alcohol or other drugs)…” (3).

One can safely say that Bill’s parents are neglecting their son’s emotional and psychological needs. Georgie’s death had a profound effect on Bill as well as his parents. But instead of choosing to heal and grieve as a family, Bill’s mother and father leave him to face his sorrows alone.

Bill is subsequently left starved for his mother and father’s attention and affection.

There are many moments in the book that depict Bill wanting his parents to notice him and perhaps give him some much needed love as well. In one part, Bill is discussing the sewers with his father, who tries to shrug his son off. Bill persists and continues the conversation with his father because he wants to have some kind of positive attentive dialogue with him.

After the talk goes on for a while, Bill’s father coldly dismisses him finally. This causes Bill to retreat to his room and think of his equally distant mother. King writes:

He thrusts his fists against the posts and still insists he sees the ghosts. He thought of that more and more since Georgie had died, although his mother had taught him the phrase two years before. It had taken on a talismanic cast in his mind: the day he could walk up to his mother and simply speak that phrase without tripping or stuttering, looking her right in the eye as he spoke it, that coldness would break apart; her eyes would light up and she would hug him and say, “Wonderful, Billy! What a good boy! What a good boy!” (King, It 673)

In Chapter One, director Andy Muschietti went to great lengths to depict Bill’s neglect and strife with his parents. 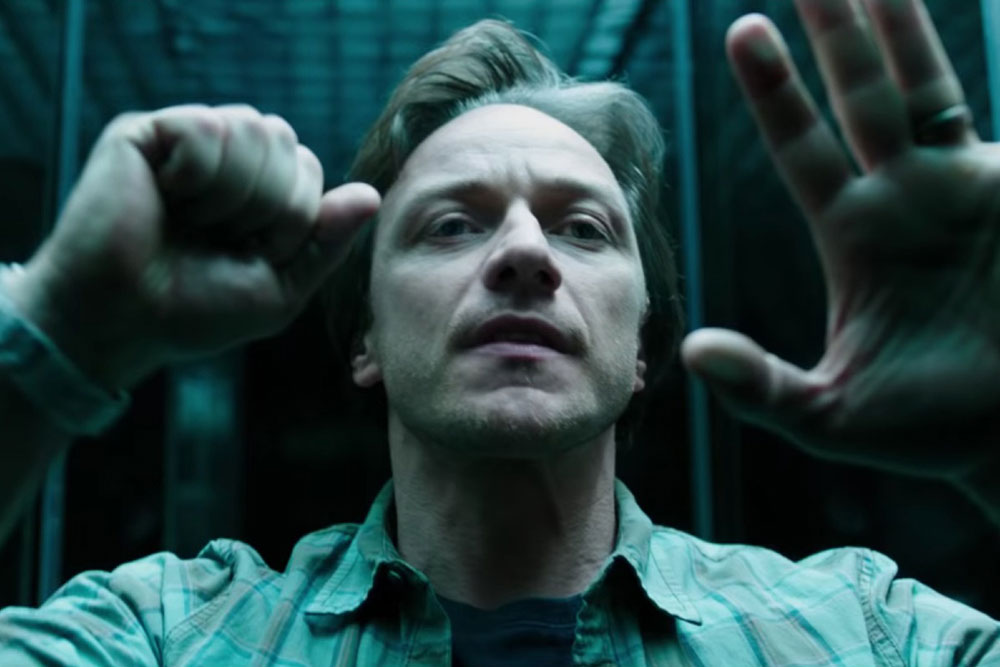 So it is a safe bet that Chapter Two will explore some of his long held trauma from their neglect and from Georgie’s death.

From what is known about the character, he is still relatively faithful to the book version as an adult. He’s a prolific horror author who is married to Audra Phillips. What’s not known at this time is how big of a role that Audra will play in Bill’s story on the big screen. But we at least do know that she will make an appearance in the film.

The trailers tease that Bill and Beverly’s connection they had as children will be rekindled and call back to the end scene where at long last Beverly and Bill finally share a kiss.

I wouldn’t get my hopes up for a grand ending for Bill and Bev in this version, because in the book Bill is very much in love his wife despite having a brief tryst with Beverly.

The sparks may still linger between Bill and Bev, but Bill has grown up and has a good relationship with his wife. There’s much to be said there with the idea of outgrowing a childhood love and growing into an adult one for both characters — because Beverly is implied to come to love Ben in a mature way like Bill loves Audra.

I think the safest bet on Bill’s end will be that he rides Silver to beat the Devil and break Audra’s catatonia, much like in the novel.

Jamie Alvey inherited her love of horror from her mother and has loved all things creepy and cute from the time she was small. She went on to become a writer and attain a bachelors in English and theatre and a master’s in literature. When she’s not writing she can be found cuddling with her pets, which include two dogs named Homer and Tater and a cat named after Herbert West. Read Full
More posts by the Author »