The brilliant minds from Mycho Entertainment have recently announced their latest film “Pandemonium”, marking the ninth addition to their catalog.

Mycho is at it again as they gear up to start pre-production on their latest slasher film, Pandamonium. Trust me, you don’t want to miss this!

I can’t help but be overly excited at what the Mychoverse has in store for us this time around. After dropping Slasher House 2 back in 2016, fans of the Mycho Entertainment Group were all in agreement. We couldn’t stop talking about one thing. The quiet chatter was about the possibility of a certain slasher receiving his own individual film. Well, I’m happy to report that we spoke, and they listened.

And let me tell you, we are in for one bloody good treat.

That’s right, the rumors are true. David Hon Ma Chu will return once again as the infamous serial killer Jacob Jukushi, better known as the giant Panda head-wearing “Stripper Ripper”, in Mycho’s newest slasher film, Pandamonium. The guys on level 6 are throwing an office party with the best booze, top notch drugs and the hottest women money can buy. But these Strippers come with a heavy price.

This film is something the horror universe desperately needs, and we’re excited as fuck. Mycho is once again reinventing the slasher sub genre, giving their fans exactly what they asked for.

Pandamonium is completely original and holds a lot of weight with its untapped potential. There’s bound to be buckets of blood, violent images and bodies stacked to the roof.

Ever since Jacob Jukushi (Chu) hit the screen in Slasher House 2, he’s resided in the back of our minds. There’s just something brilliant and badass about Mycho’s modernized version of Jack the Ripper. Although we’ve already witnessed his death at the hands of the woman who’s tracking down the sinister people behind the Slasher House project, we can’t wait to see what’s in store for the giant panda head-wearing killer in this prequel.

What’s awesome about Mycho Entertainment is that they continue to produce classic and original slashers, unlike anyone who’s come before. They create indelible slasher after slasher, being the first and only company to do so. For everyone looking to extend on the horror icons that came before, such as Freddy, Jason and Myers, Mycho has become the forefront for new content and characters. It’s only a matter of time before the company receives the backing they have earned, giving us die hards a chance to see original and true low budget independent filmmaking on the big screen as it should be.

The company has already gifted the sub genre with slashers Thorn, Cleaver, Hollower, Molly, Red (the infamous female anti-slasher, slasher) and now the Stripper Ripper, aka Jacob Jukushi, played by David Hon Ma Chu. Not only have us Slasher nerds had the pleasure of enjoying these new characters and storylines, but we have other potential greats from Mycho waiting in the wings. Characters like Steven Grey (aka Gravestone), or The Moleman, or even Charlie Corbin (aka the Brain) Surgeon — who they’ve yet to establish despite his numerous appearances within the Mychoverse.

Mycho is continuing to raise the bar and break all the barriers. 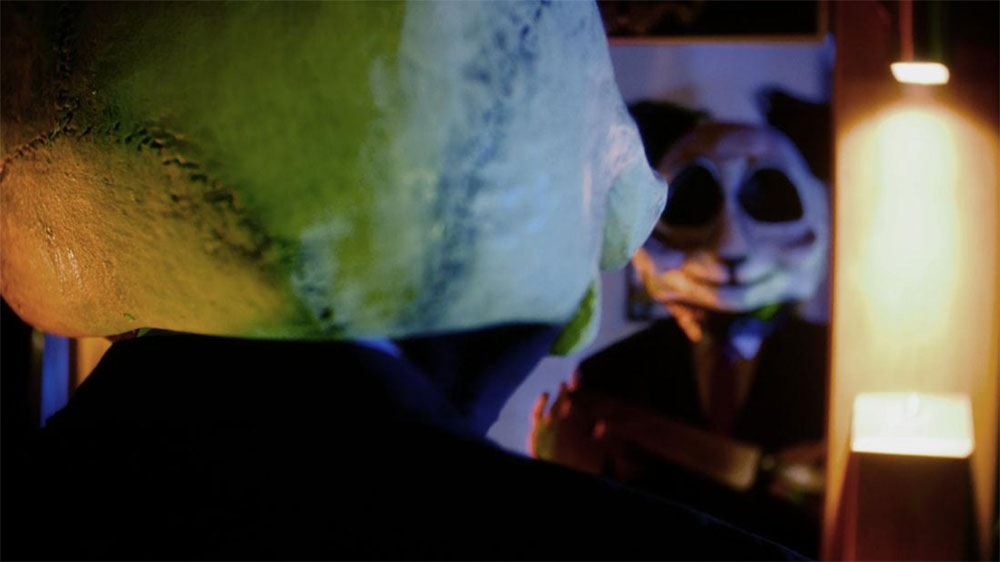 They are a real force to be reckoned with in the horror genre, and we’ve still yet to witness their full potential. There is still so much to come, and I’m personally looking forward to it. They aren’t slowing down, and I don’t plan on hopping off the Mycho train any time soon.

Keep your eyes peeled in the next few months, as they should be releasing their campaign to help fund this new adventure. It’s a great way to help support this amazing company and grab yourself some nice perks in the process. You definitely don’t want to miss out on being a part of this genuine and flourishing group. They are only getting started, and we’ll keeping watch.

It’s a once-in-a-lifetime chance to get yourself in on the ground floor. So, stay tuned as we continue report the company’s progress to satisfy all your inner slasher cravings. Also, be on the lookout for Pandamonium in 2020, as it’s bound to be a huge hit. I can’t wait to see what’s next!