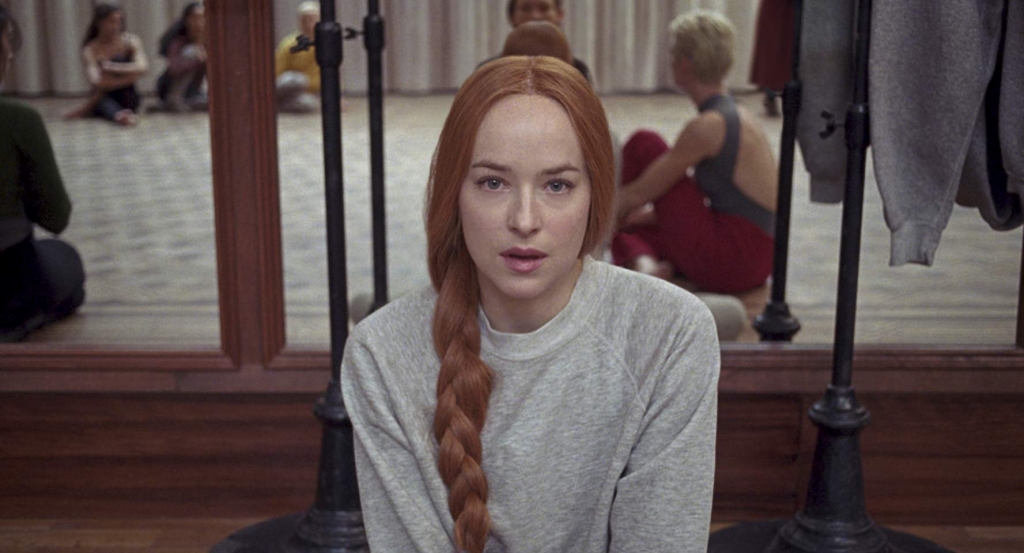 For many genre fans, Dario Argento’s Suspiria (1977) is an incomparable masterpiece of Italian horror. For many, like myself, news of an attempted remake was met with scorn and incredulity. How could anyone possible attempt to recreate such cinematic magic? And why even bother to remake a film that, in the eyes of so many, is beyond reproach?

However, as time went on and more was revealed about the 2018 remake — from the filmmakers involved to the incredibly smart casting choices — my anger subsided and genuine curiosity took over. I was overcome with a compelling need to see what gifted director Luca Guadagnino would do with such beloved source material. 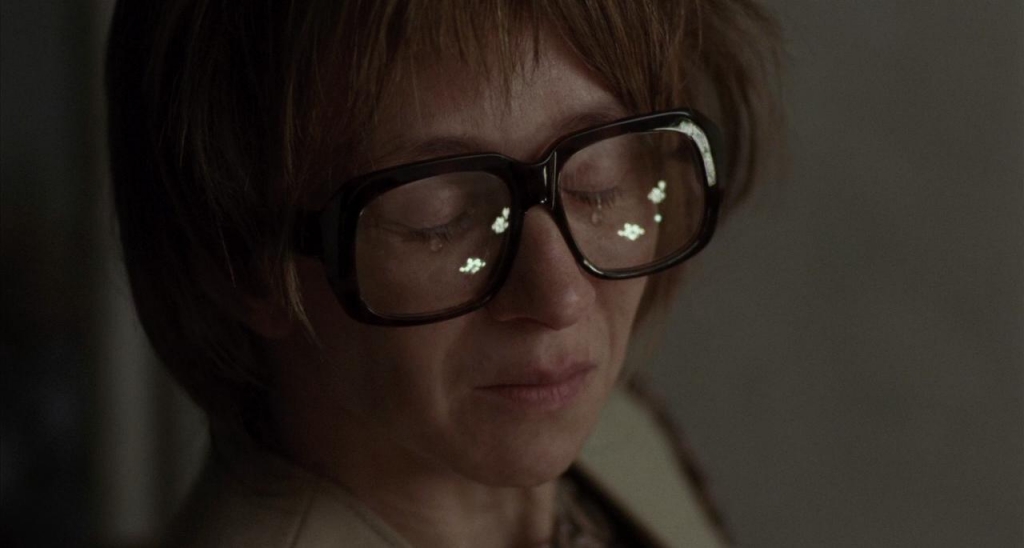 I had the opportunity to screen this film at Fantastic Fest, and I was blown away. You can read my full review here. But as much as this new vision of Suspiria impressed me, I knew it was going to be polarizing. So I asked members of my staff to provide their takes on the film to give you a diverse, balanced perspective. Then be sure to see the film for yourself, because no review can truly prepare you for this experience.

Check out these four very different takes on Suspiria from our writers in a segment we call Morbid Minis. (Angry Princess)

TAKE ONE: SOMETIMES LESS IS MORE 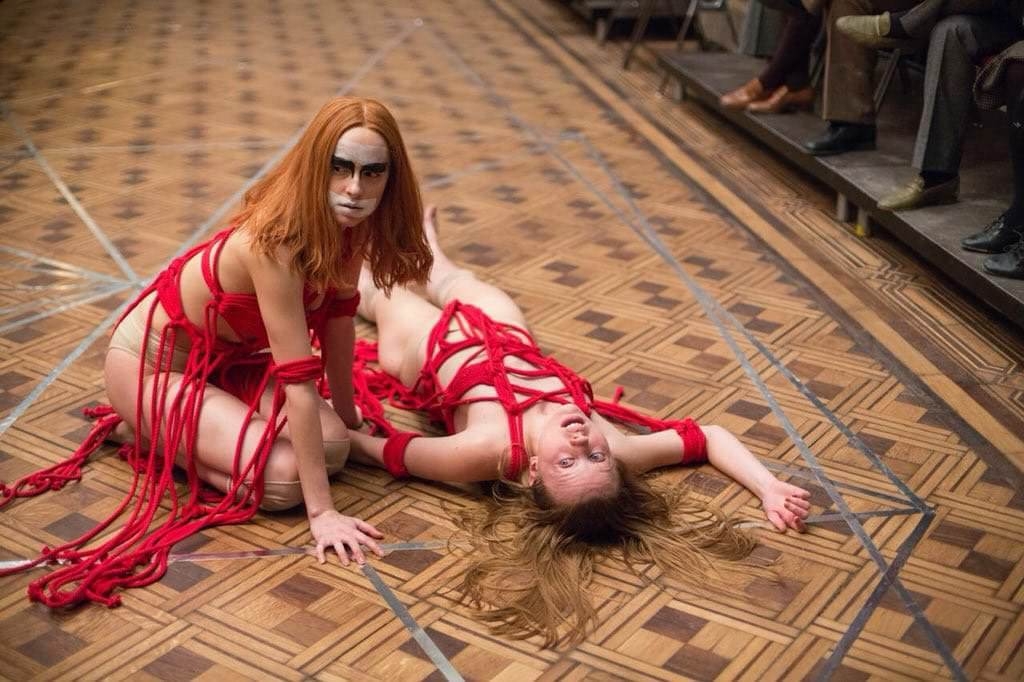 The best adaptations are not straight shot-for-shot remakes. They take the spirit of the original and add something special. Suspiria (2018) takes the storyline of the original, but adds a hefty historical subplot, a bit more narrative, and a couple of doses of macabre humor. Unfortunately, these added elements strip the story of its dreamlike quality, and despite excellent performances all around, you feel every minute of its significant two and a half hour running time.

Tilda Swinton, as always, is an extraordinary artist, playing a being of pure control and power. Dakota Johnson is perfect as the virgin vessel with power of her own. But the film drags whenever we go outside the walls of the dance academy. Even inside, the tone wobbles a bit at times into cartoonish digital horror when a more restrained approach would have fit better with the tone.

If you must, see this one when it’s available for streaming, if only for the performances. Better yet, skip this one altogether and watch the original. (Alli Hartley) 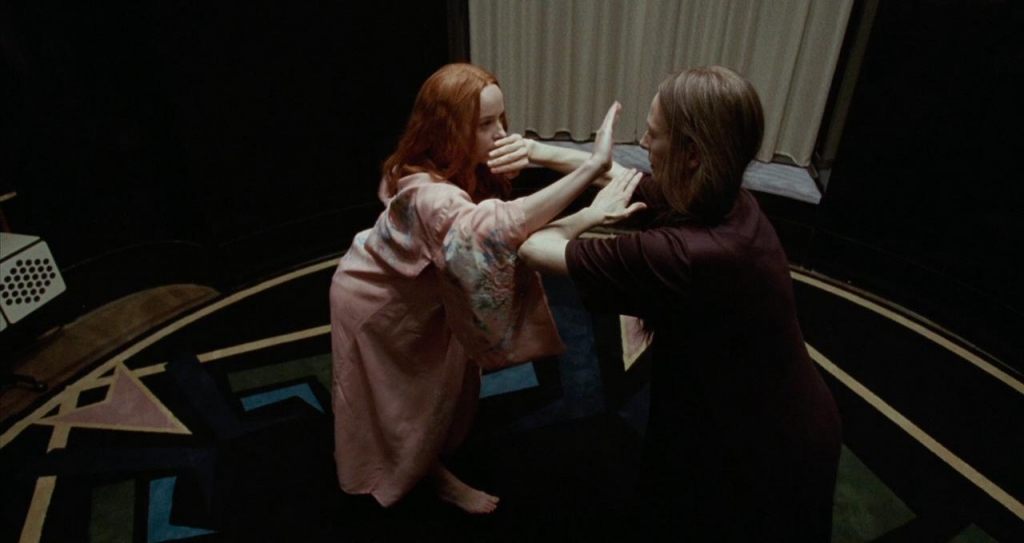 Released in 1977 and directed by Dario Argento, the original Suspiria is a classic giallo horror film. While not one of my favorite movies, I respect Suspiria for what it means to the genre. I admire what Argento accomplished with the movie. It is visually and aurally a feast for the eyes and ears. That being said, the story itself doesn’t make a lot of sense and the acting isn’t anything to write home about. I find the original to be the perfect case of style over substance. I had high hopes that the remake might be something more.

Alas, it is not. If anything, it focused on the worst parts of Suspiria and amplified them, while completely disregarding what at least makes the original Suspiria a classic. The movie is moved to West Berlin during the height of the Cold War (the new film is set in 1977 when the original was released). 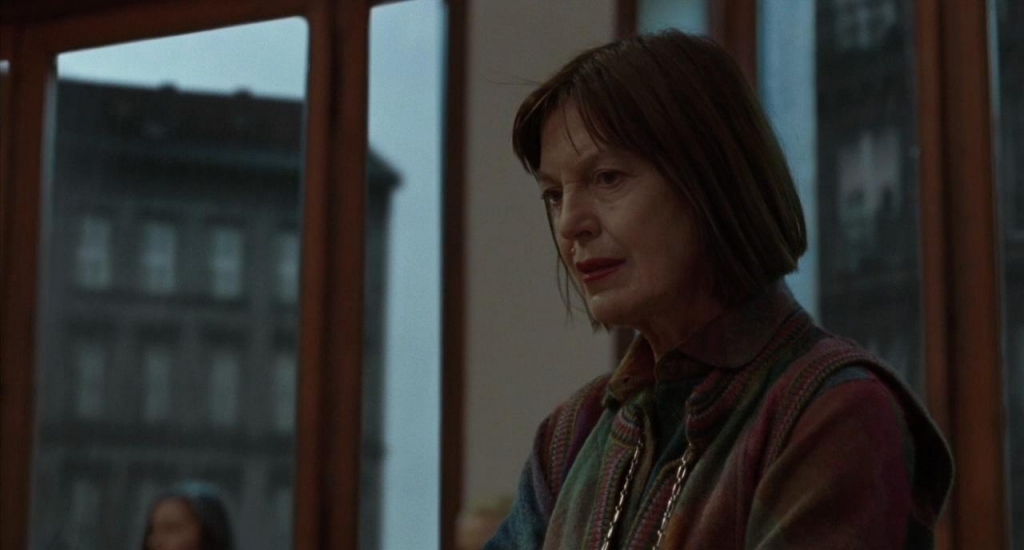 An interesting concept? Yes. But it leeches the color from a movie, which I can only think was an attempt to create a separate identity for the new film. It doesn’t work, and the attempts to work in the political climate of the time falls short and gets lost in the convoluted plot.

Speaking of plot, the new film is a full 60 minutes longer than the original movie. This could have been wonderful if the movie had attempted to fill in some of the holes from the original film. It does not. It just makes a messy plot even messier.

Presented as six acts and an epilogue, they