“Attack of the Unknown” does just about everything wrong and still, miraculously, manages to be damned entertaining in spite of itself. 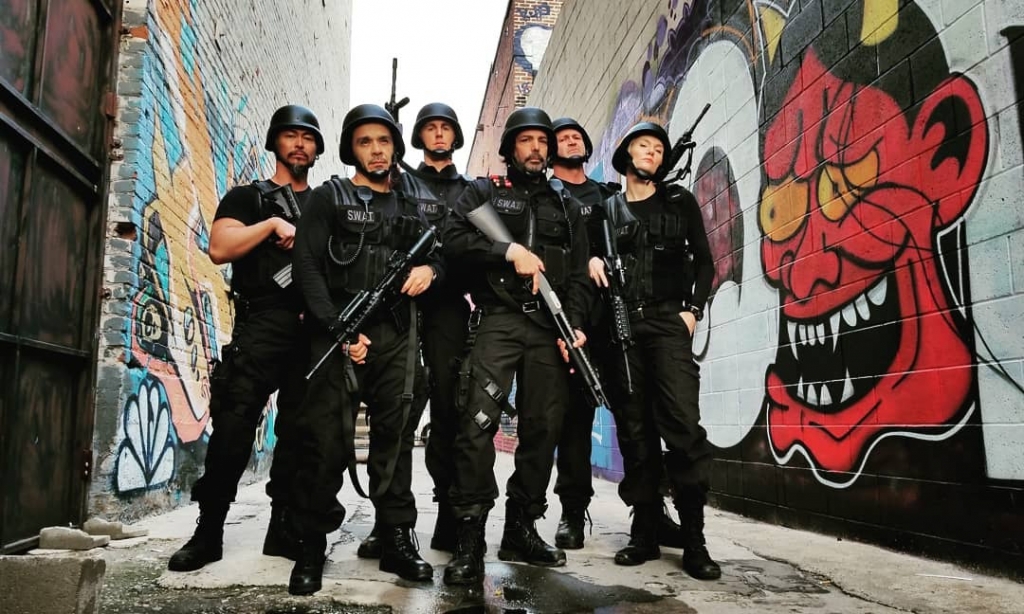 Unsung scream queen Tara Reid does it again in this alien invasion flick. And by it, I mean shows up almost an hour into an hour-and-a-half long movie, despite being one of the top billed actresses on the movie’s credits.

No, Attack of the Unknown is, unfortunately, not about Tara Reid single-handedly fighting off a bloodsucking alien invasion.

Instead, the film follows a SWAT team in Los Angeles (Tara Reid not included), closing in on the whereabouts of a drug kingpin only known as Hades (Robert LaSardo), when the city suddenly finds itself in the nefarious grip of a terrifying new enemy. When the team is cornered at a police station, it’s up to the cops and robbers to stand together, despite their obvious differences, to defeat the evil that has brought humanity to its knees.

At least, that’s what I thought it was about…. before I actually watched the entire movie.

There is no teaming up between the bad guys and the good guys in this, which was a bit of a bummer, considering that’s the direction it seemed like the movie was heading for most of its runtime. There’s no epic final showdown between slum lords and aliens, no law enforcement and civilians learning that they have to fight side-by-side to save the world.

Instead, Attack of the Unknown sits us through twenty-one full minutes of shootouts, weird people in a dingy warehouse smoking PCP, and an entire scene set in a strip-club — bare naked breasts and all. 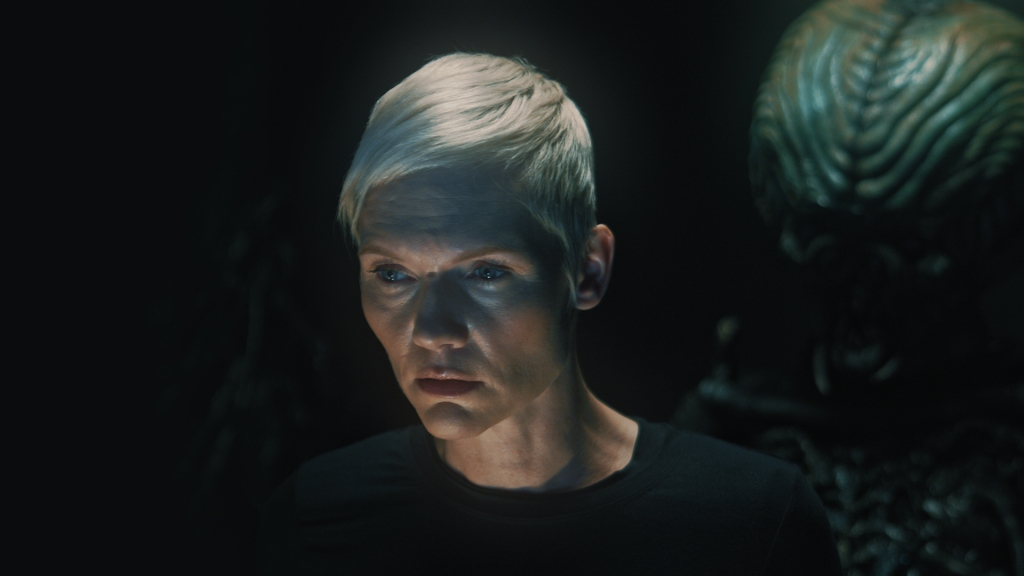 We’re given mere hints, scraps, really, of the true plot. Sprinkled in between the aforementioned scenes, we get glimpses of a boy drawing flying saucers and a news report documenting strange goings-on in the sky. In fact, it’s not until almost thirty minutes into the film that we finally get to the juicy stuff, the alien invasion.

The greatness of any film lies in the buildup — a fact that is doubly true for horror films.  Success comes from the audience waiting, in great anticipation, on the slow building of the plot to crescendo into a well-placed scare and a satisfying payoff.

Unfortunately, ATTACK OF THE UNKNOWN takes quite a while to get to the point. And when we finally get to the point, there's really no point at all. #reelreview #movienight Click To Tweet

It’s almost comical how uninspired the film is when it comes to the literal extraterrestrials.

In a shocking twist, however, much of the film’s great watchability doesn’t come from its out-of-this-world premise.

It’s not from the action scenes, the shootouts, or the alien invasion itself. Rather, it’s from the banter between characters, from the likability of the characters themselves. Most of it feels natural, like the actors were ad-libbing their lines and the filmmakers just decided to keep it in the film for the sake of reaching that ninety-minute mark.

More times than not, the jokes land pretty damn well, and I found myself laughing with the film, instead of at it, a usual response to these kinds of made-for-cheap, passion project horror flicks.

It’s a movie that both takes itself almost too seriously, especially when it throws in plot elements like a cancer diagnosis for one of the SWAT crew members (which is, in its own right, jarring at best and, at its worst, kind of ridiculous), but at the same time not so serious that it can’t crack a few jokes once in a while.

The drug kingpin guy known as Hades is downright hilarious, and has the best performance by far of the film, while trying to be serious and scary.

Sometimes he’s speaking with an accent, other times he hits us with a weak attempt at what he thinks Black people sound like. And when he’s not butchering either of these, he just speaks normally. The second-best performance goes to the podcaster, who stumbles into the bumbling antics of the SWAT team and is swiftly reprimanded by one of the cops because podcasting “isn’t a real fuckin job”. The movie’s words, not my own.

I would be remiss if I didn’t note the bizarre, but not unwanted, homoerotic sub-tones between drug lord Hades and law enforcement member Tobias (Clay Trimble), giving the audience some ‘enemies-to-friends’ fanfic trope vibes — though they don’t actually end up working together (come on team, that was a golden opportunity and you blew it!). I mean, they even admit that they missed each other during one scene, and if that’s not love, clearly I don’t know what is.

Overall, Attack of the Unknown, besides the literal years it takes to get to the point and its gratuitous use of the N-word by someone who clearly isn’t Black (yeah, I’m not letting that one go), is fun, filled with janky alien CGI, and spilling over with goofiness.

This is one I didn’t expect to like so much. But it won me over with its charm, and has won the distinct honor of me (probably) watching it again, just so I can feel something besides anger and terror in these trying times.

Attack of the Unknown is available to watch now for free<a href="https://www.amazon