Terror Tuesday: We Summon the Darkness (2019)

Well-acted, beautifully shot, and entertaining, “We Summon the Darkness” nails the look and feel of the ‘80s remarkably well. 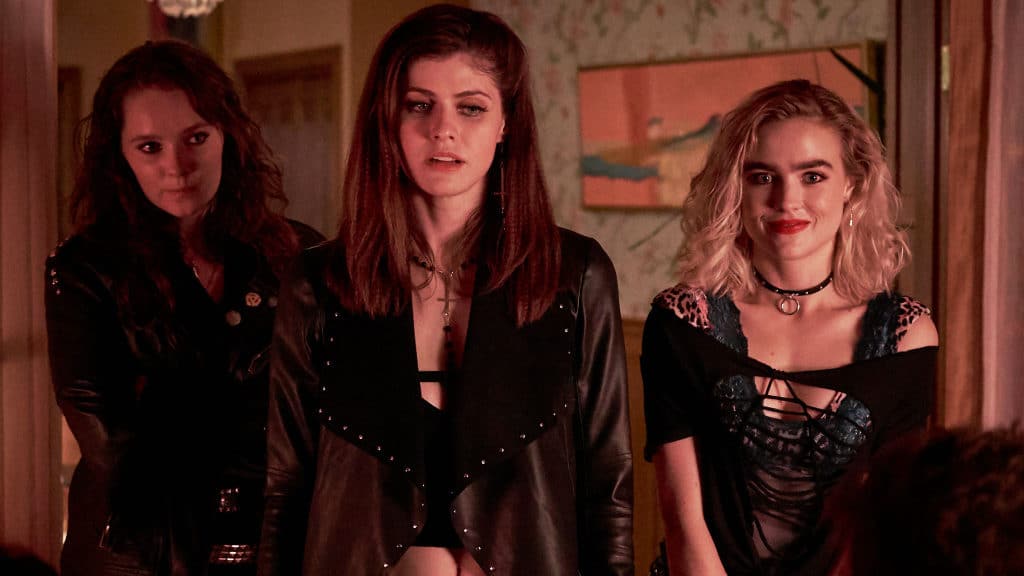 If you’re a fan of the many horror throwbacks to the ‘80s we’ve been seeing from the genre, then the chances are excellent that, if you haven’t seen it yet, 2019’s We Summon the Darkness is somewhere on your watch list.

Directed by Marc Meyers, this would-be love letter to the films of horror’s heyday wants to join the ranks of such celebrated modern throwbacks as 2009’s House of the Devil and 2018’s Summer of ’84. Does it deliver on its promise?

Set in 1988, We Summon the Darkness follows the exploits of a trio of female metalheads on their way to catch a show – ringleader Alexis (Alexandra Daddario), shy Bev (Amy Forsyth), and snarky Val (Maddie Hasson).

On the way, they stop at a convenience store where we’re treated to the sight of a tabloid headline about a group of recently slain local teenagers, thought to be the victims of a killer Satanic cult. On a television in the background, a preacher (ironically played by Johnny Knoxville) speaks on the evils of metal music.

Naturally, the viewer assumes that our trio of young ladies is doomed to become the next set of victims sacrificed to Satan. However, after the girls meet a group of boys at the metal show and invite them back to Alexis’s father’s mansion for a night of partying, it becomes clear that there’s more to the story than meets the eye. The girls are hiding a dark secret, and it’s anyone’s guess how this ominous night will end for the innocent.

We Summon the Darkness is pretty shameless about pulling out the ‘80s tropes and leveraging them for all they’re worth. 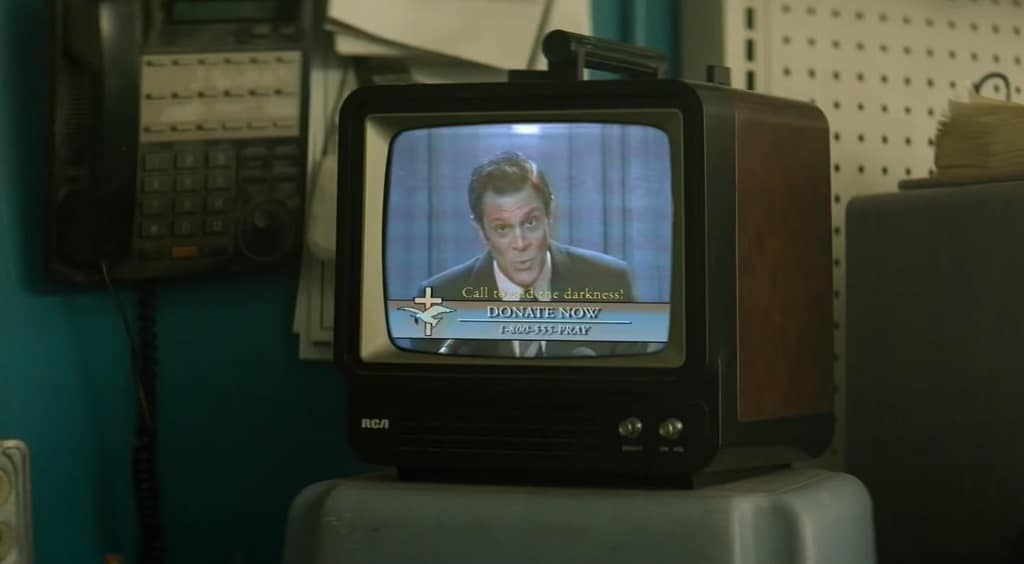 You’ve got the metalheads and plenty of slasher-esque action against the backdrop of the Satanic Panic.

Yes, those themes have been done to death by filmmakers who want to throwback to the “Me Decade”, but it’s clear that Meyers wanted to bring something to the table that’s as fresh as it is familiar.

Some critics have likened WE SUMMON THE DARKNESS to what you’d get if Richard Linklater decided to make a horror film, and that’s a relatively fair assessment. Click To Tweet

Darkness has the splashy, semi-cheesy feel of a copycat slasher film for sure, but there’s a lot to take note of here as well. It’s filled with shots that are extremely well thought out.

There’s plenty of gore and violence to keep die-hard slasher fans dialed in, but very little of it feels unnecessarily gratuitous. 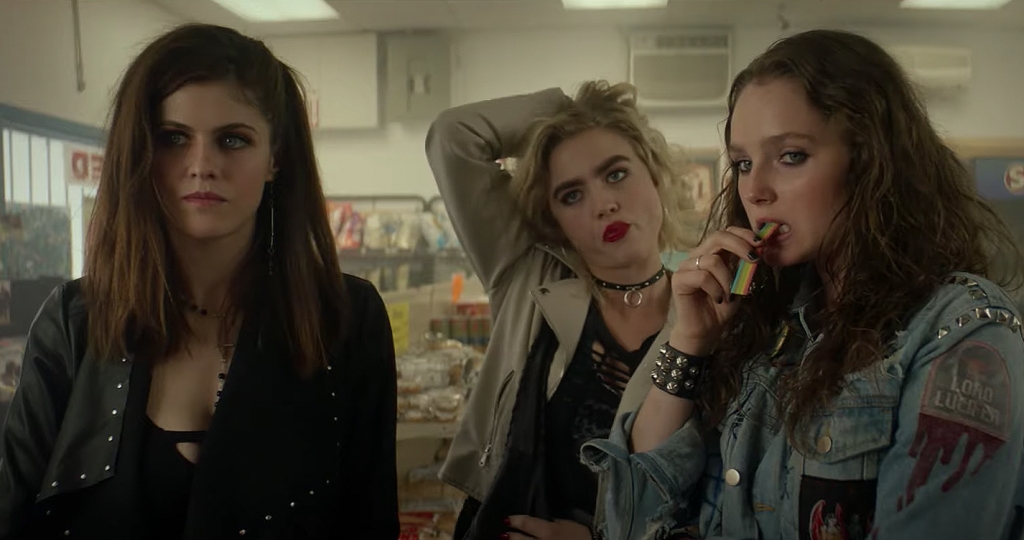 Iconic ‘80s tunes are as well-placed and well-used as one would hope to see in a good throwback.

The “girl power” twist this film puts on what you’d otherwise think is a wholly predictable premise helps keep the film from feeling dated in all the wrong ways.

Whether We Summon the Darkness is as good a throwback film as some of the others that have already gone down in genre history is debatable.

It’s not saying anything entirely new, but that doesn’t mean it isn’t worth watching. At first, it’s unclear what type of horror film Darkness wants to be, but once you realize you’re in for a good “slaughter movie set in a big house” scenario, it manages to be pretty damn enjoyable. The pacing moves right along and there’s a lot here to get excited about.

That said, We Summon the Darkness is well worth watching, especially for Women in Horror Month.

We Summon the Darkness is currently available to stream for free on Netflix.