“Royal Jelly” subverts expectations, delivering arthouse style over creepy-crawly horror; but there’s a lot to like if that’s your honeypot.

Royal Jelly is an art-house-style body horror in which a teenage social outcast is groomed by a new mentor to become the next queen of her hive.

The protagonist of Royal Jelly is a goth high schooler named Aster, who had a love of bees. From the opening of the film, Aster is shown to be an outcast from her classmates and is bullied whilst giving a class presentation sharing her passion for beekeeping.

The film is set up like a dark fairy-tale, with a couple of instantly recognizable fairy-tale tropes such as the wicked stepmother, mean half-sister, and the portrayal of Aster as a Cinderella-type character.

With the introduction of Aster’s family, it becomes apparent that her home life is no better than her school life, with the bullying continuing around the dinner table. Aster’s father is frustratingly useless in defending or caring properly for his daughter and lets the bullying take place in front of him. Aster is then subjected to demeaning punishments around the house, to further express her position as the Cinderella character.

Back at school, a new substitute teacher defends Aster from her bullying half-sister and friends and immediately gains her trust with this act of kindness. The teacher, Tresa, begins to groom Aster. Craving the attention, affection, and validation, Aster gladly lets the relationship progress without seeing the potential danger in this.

From the viewer’s perspective, it is obvious how inappropriate it is, which makes for some uncomfortable viewing.

Time seems to move in a dreamlike manner throughout, which in addition to highlighting the fairy-tale feel of the film also creates lapses in time, making the narrative slightly disjointed.

During the bonding between Aster and Tresa, a harsh act of bullying occurs against Aster. Tresa comes to her aid, taking her away to her home, ultimately cutting her off from her family and the outside world.

Once in the care of Tresa, Aster fully lets her guard down and falls easily into the rhythm of life in this new setting, and her family seemingly doesn’t even try to get her or make sure she’s OK. She befriends Tresa’s son, and she is encouraged by Tresa to start a relationship with him.

As time passes, Aster slowly begins to realize that all is not what it seems and that she made a mistake in trusting Tresa.

Things start to take a violent turn and get stranger and stranger, and it may be too late for Aster to escape.

The score to Royal Jelly, composed by Joe Hodgin, is sinister and melodramatic, setting the mood right from the opening, and carrying a lot of weight throughout.

It plays such an integral role in the film that there are large portions of time without any dialogue at all, with the music helping to convey the on-screen emotions. These frequent musical intervals only add to the dreamlike quality of the film. Because of this, the narrative is minimal and quite abstract.

There are some big concepts that Royal Jelly is trying to get across to the viewer, but because of its art-house style, some of this perhaps gets lost in translation along the way.

It could be that it benefits from repeat viewings, but a wider audience isn’t going to have the patience for that, leaving Royal Jelly with quite a niche demographic.

The film is visually striking. And because of the long pauses in dialogue and minimalist narrative drive, the viewer can take the time to appreciate the cinematography.

The body horror element of the film is not explored very much and only really kicks into high gear in the closing minutes, which admittedly does end the film on a high note.

My thoughts on Royal Jelly are that, although the score and visuals are engaging, it ultimately feels as though it favors style over substance a lot of the time.

I personally would have loved to have seen more of the body horror that ended the film and a heavier leaning into the sinister dark fairy-tale that was apparent during the beginning of the film.

That said, the film is certainly not without merit, as there is a lot of passion that has gone into the production and a strong artistic vision present. Also, another highlight that has to be mentioned is the acting of Sherry Lattanzi who played Tresa, as she expertly creates discomfort with her unhinged performance. 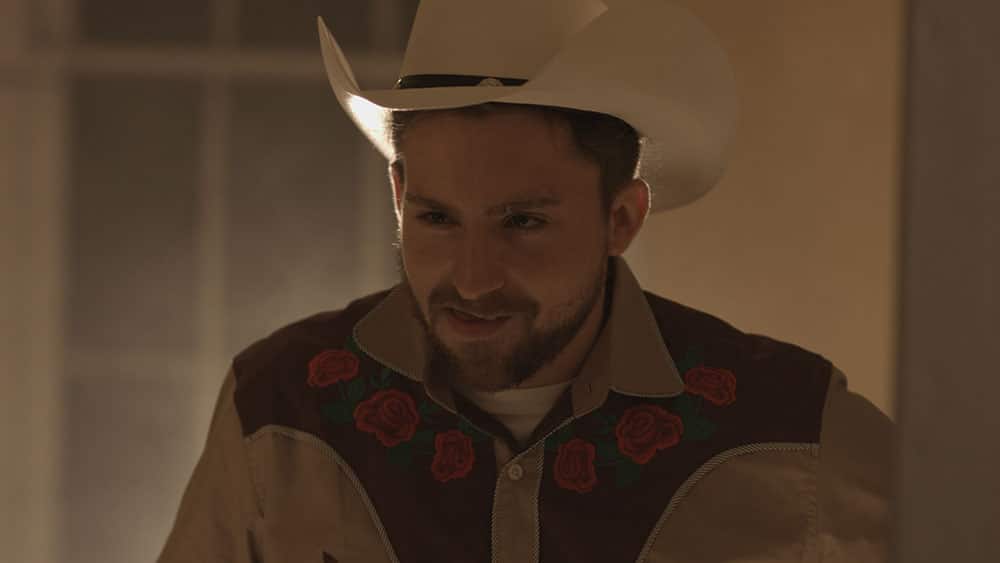