“A Night of Horror: Nightmare Radio” is a horror anthology that brings together a selection of well-made short films from 10 directors around the world.

A Night of Horror: Nightmare Radio is a well-executed horror anthology from brothers Nico and Luciano Onetti, who are responsible for the wraparound story that brings together a selection of short films from 10 different director around the world. The brothers are joined by Sergio Morcillo, Joshua Long, Jason Bognacki, Adam O´Brien, Matt Richards, A.J. Briones, Pablo S. Pastor and Oliver Park.

On a stormy night, late night radio host Rod Wilson invites listeners to call in and share their own paranormal stories. But suddenly, the announcer begins to receive strange calls from a child who desperately asks for help. At first Rod thinks that it is a bad joke, but he soon discovers that’s not the case. What’s worse, the calls seem to hide a dark secret involving the announcer himself.

James Wright is perfectly cast as Rod, whose show is used perfectly to help connect the various shorts in the film. With a calm tone well suited to the radio, James feels at home in his ability to tell a story and keeps you hanging on every word. Even when goaded by disgruntled listeners who are unhappy with his stories, or seemingly prank callers, he remains cool and collected.

The short stories themselves are a bit of a mixed bag, as you would expect with an anthology.

Fortunately, there isn’t a weak film in regard to execution. But some of the stories work better than others.

Post Mortem Mary, The Disappearance of Willie Bingham and Gotas were the outstanding shorts for me.

Despite being so brief, they delivered well-developed stories and unexpected twists. In contrast, atmospheric shorts such as The Smiling Man and Vicious were genuinely creepy. But these films concentrated more on creating a mood and strong visual style, and they weren’t as engaging for me as some of the other films. While I appreciated the variety of shorts and didn’t think any were particularly weak, I do think the film may have been a bit stronger if less stories had been included.

Let’s dive in a bit deeper into each of the 8 shorts included in this anthology.

In the Dark Dark Woods

A woman is so full of darkness that she is invisible, but she goes out in pursuit of the light.

This is a beautifully shot short film, where the on-screen actions are described by a narrator like a child’s story — even though the events that transpire are more consistent in tone with one of the original, unedited Brother Grimm Tales.  The effects are excellent throughout, both in how it depicts the invisible woman and some of the more gruesome effects in the way she makes herself visible.

It is, however, the chilling echoes of music and the haunting sounds of the score which create the biggest emotional impact. Despite the lack of details surrounding the woman’s backstory, you are drawn into the woman’s story, and you naturally begin to empathize with her regardless of the darkness that we know is inside. There is also an element of Frankenstein’s monster here, as the woman acts without knowing any better. 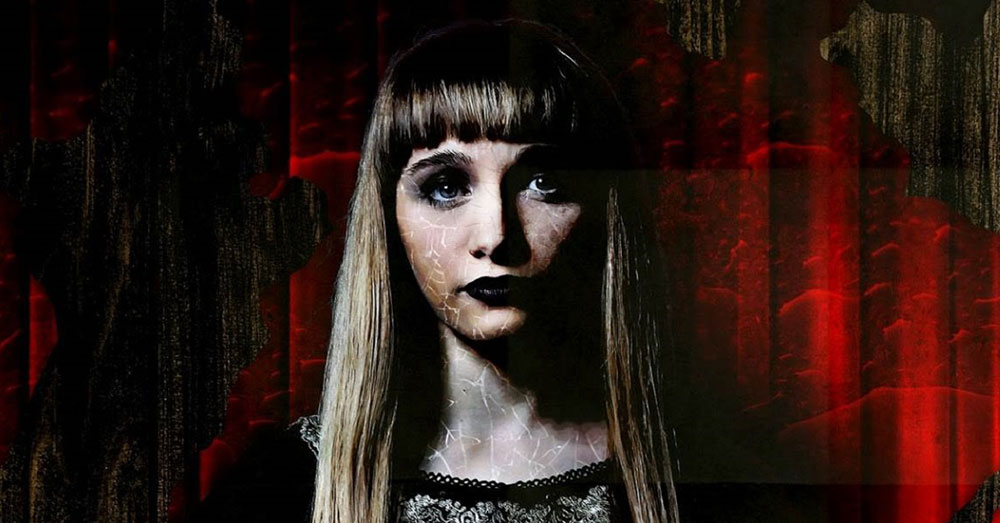 Marta is a teenager whose parents died two years ago. One night, while she is alone at home, she will discover the truth about the pain she feels inside.

This intelligent Spanish short has a brilliantly effective and powerful delivery which takes a unique approach to unravelling the story with the visual execution. Despite having a subtle approach, the underlining details are unknowingly emphasized to the viewer, which is later revealed in the final actions of the film. It is a cleverly executed idea which reveals an unexpected truth in the final moments, creating a powerful impact without the need to explain it in words.

It initially focusses on the psychological torment of teenager Marta, creates a taut tension with the long lingering shots, giallo-style lighting and haunting soundtrack. There is a constant anticipation of a threat, although for the most part we are uncertain what it is. As the action begins to escalate, so does the confusion — which leads to the monster being revealed.  However, as with the rest of the film, not everything is what it initially seems. 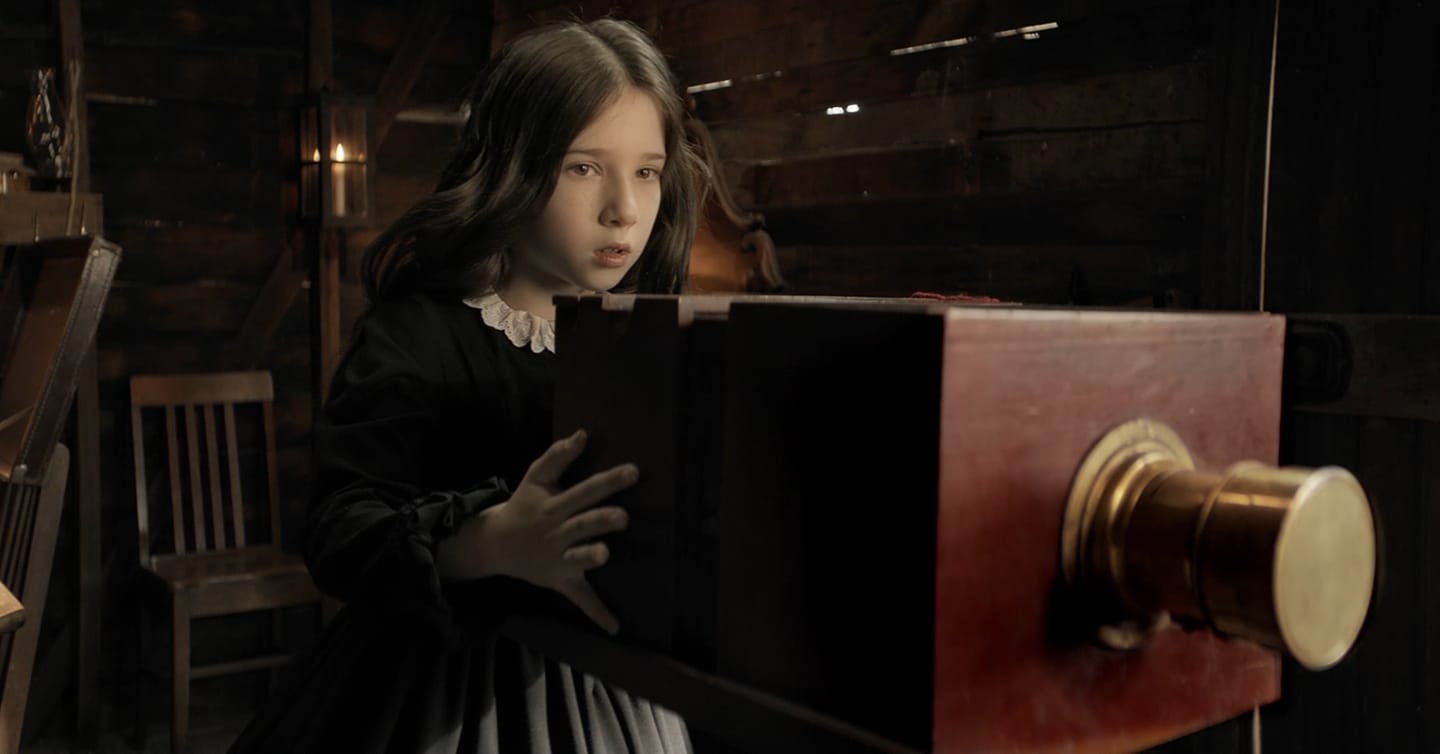 Mary and her mother run a post-mortem photography business in 1840’s Australia. As Mary’s mother comforts the grieving parent, Mary is left alone to confront her phobia. She must do all she can to make the dead look alive.

This is a tense gothic horror short, which uses the traditional practices of the time to create a haunting situation in which Mary is forced to prepare abody for a photo. Building the tension slowly with some familiar paranormal horror tropes, the performance of Stella Charrington as Mary and the unique environment created by photographing the dead keeps the film feeling fresh. Despite taking place during the day, the director creates a disturbing atmosphere by using the lens of the camera to fixate the focus, right up until the final twist.

A Little Off the Top

A hair stylist and his long lost, famous client reunite for a styling session down memory lane with unpleasant consequences for one of them.

Despite the predictability of the short, it is still entertaining thanks to an excellent monologue by David Nermano as the disgruntled hairdresser Sylvio. It isn’t long before the short  delivers its hair-raising climax, which is not only the most darkly funny moment in the anthology but also the most gruesome.

The Disappearance of Willie Bingham 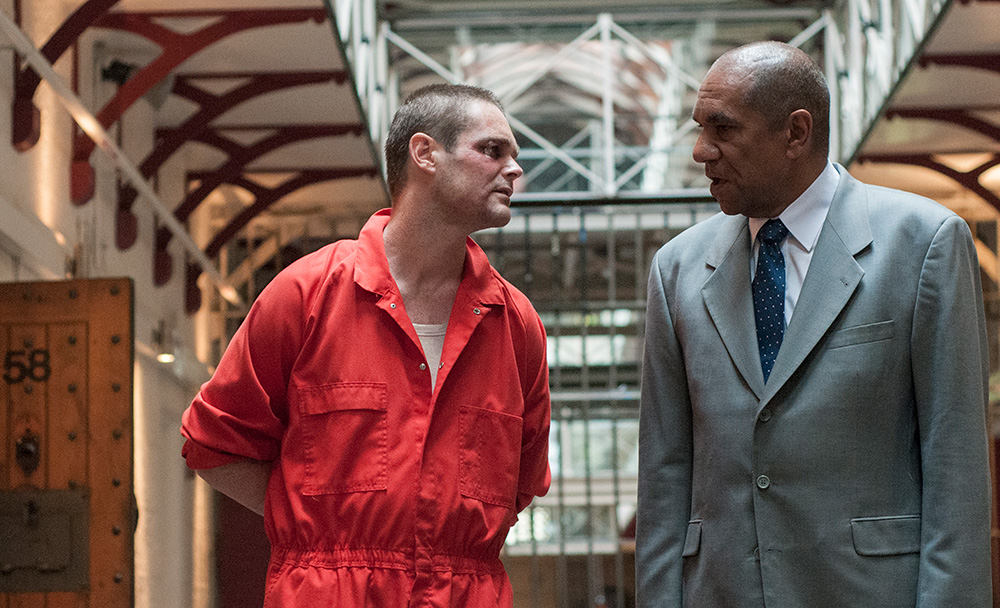 Willie Bingham is the first man to take part in a radical new justice program under the State’s revised stance on capital crime.

The concept of this short is a world where criminal punishment is truly designed to befit the crime itself. In this case, as punishment for butchering and murdering a young girl, Willie is sentenced to a procedure where various parts of his body are surgically removed over a period of time. He’s then paraded around the schools as a warning to others of what could happen if you commit a crime and get caught.

The effects involving the removal of limbs is done in a very convincing way with excellent CGI effects. Although, surprisingly, there is very little gore throughout. The true horrors are captured with the psychological impact on Willie and those making the decisions around him. With each procedure, a piece is taken from Willie. But in time, everyone begins to lose something. 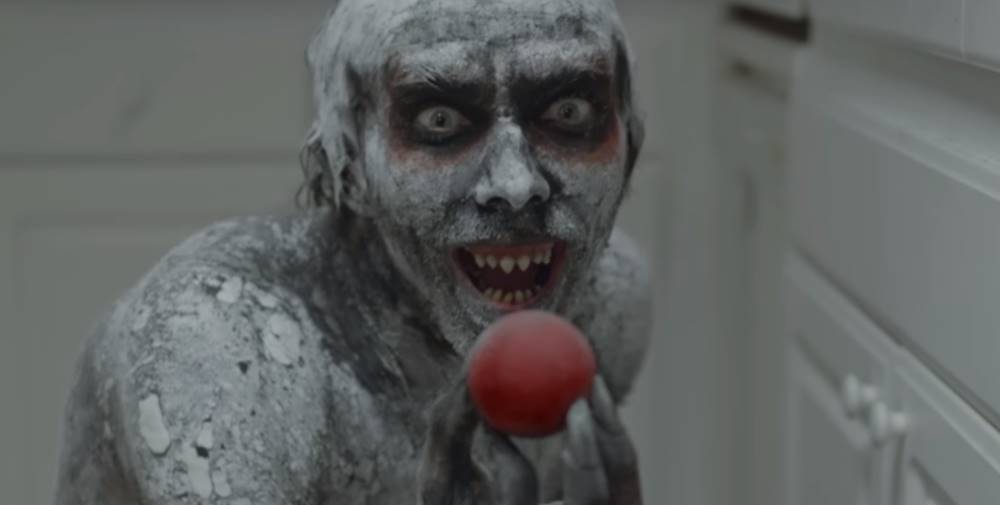 A six-year-old innocent girl is upstairs in her room watching cartoons. She is in her home, cocooned in total safety. However, she is completely unaware of the fact that she is being watched by an intangible, yet constant and insidious menace.

This is a strikingly visual and creepy horror short, which plays on the vulnerability of a young girl who is drawn into a false sense of security by gifts from a sinister looking creature. The atmosphere is extremely tense, developing a darker tone with a series of events that lead up to an impactful ending. However, compared to some of the previous short, it lacks in story development and fails to deliver a dramatic twist, Thus, it doesn’t feel consistent with many of the other shorts. 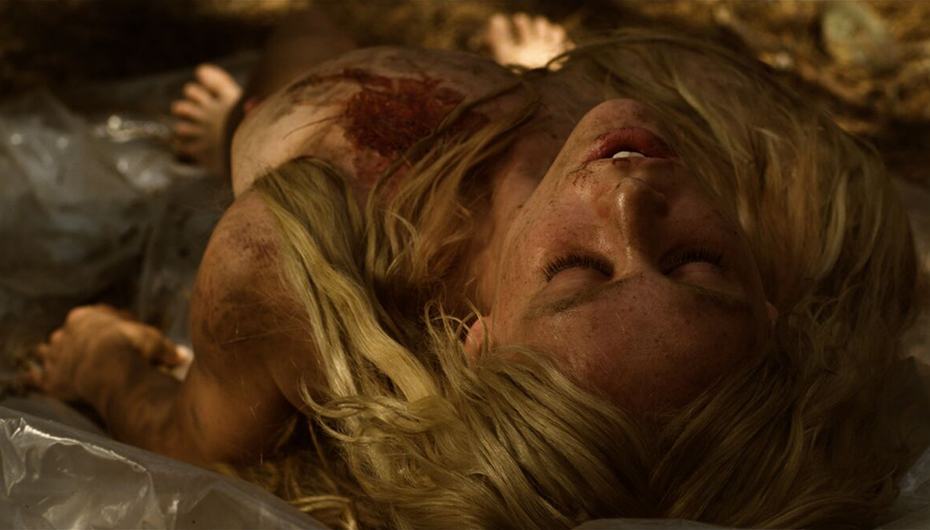 A young woman wakes up naked in the middle of the woods. After the initial confusion and after verifying that she isn’t hurt, she discovers a fisherman and hunter who will not easily let his new prey escape. Let the hunt begin.

This short sets up as a classic cat and mouse horror, and it’s true that the initial premise may not feel entirely original. After waking up, the woman goes on the run and somehow consistently manages to get space between herself and the attacker. What starts off as a rather predictable scenario does pay off with an extremely violent and bloody final twist that’s well worth waiting for. 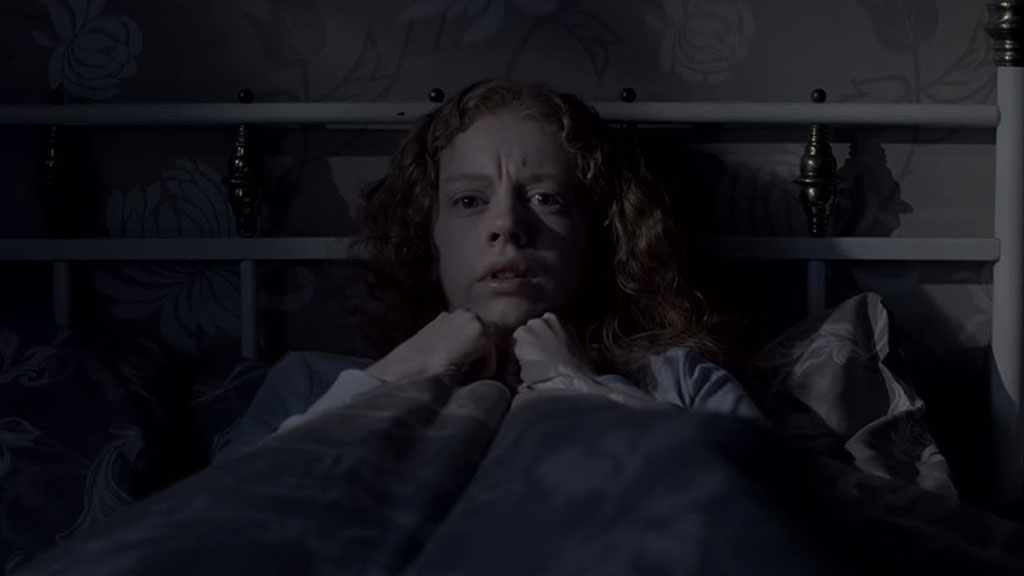 A young woman comes home one night to find her front door unlocked and suspects she might not be alone in the house.

This is a simple but effective jump scare film, which builds up tension. It capitalizes on common fears, such as being alone and defenseless and fearing you see and hear things in the dark. Once again, this short does a great job with the visual execution, especially the creature design. When the creature makes its presence known in the dark, it is extremely effective. As a standalone short, it works brilliantly, and I really enjoyed it. However, like The Smiling Man, it lacks in the development of the overall story. Thus, it doesn’t work as well in the context of the anthology.

For fans of short films and anthology horrors A Night of Horror: Nightmare Radio has a lot to offer and definitely one to check out.

A NIGHT OF HORROR: NIGHTMARE RADIO had its North American premiere at this year’s BROOKLYN HORROR FILM FESTIVAL.