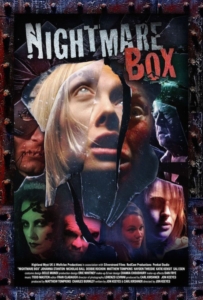 I’m embarrassed to say I missed Nightmare Box when it first made its big splash on the festival circuit in 2014, winning numerous awards for directing, acting, screenwriting and Best Picture, as well as being named Best Horror Movie of 2014. While preparing for an interview with Texas-based indie horror writer/director/producer Jon Keeyes, he was kind enough to send me a screener for the film. The synopsis was intriguing, and the inclusion of legendary scream queen Debbie Rochon definitely added to the appeal.

Like most of my favorite films, the ones truly worth reviewing, Nightmare Box is a film best enjoyed when you know very little about it. More than just a film, this is an experience that takes the viewers on an intense and trippy ride; one that works so well by subverting everything you think you know and adeptly playing with your perception. It’s challenging to properly review it without giving too much away, but it’s a movie that deserves to be talked about… and certainly one that demands to be seen.

Nightmare Box is the chilling story about a young woman who wakes up in a strange room with no idea who she is, where she is, or how she got there and must unravel the mystery of her identity while dealing with a variety of fantastical and frightening characters. 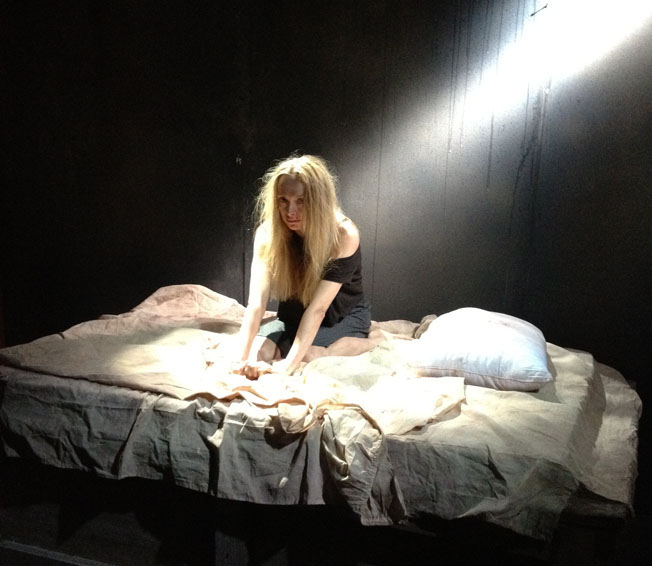 The story unravels through the eyes of the protagonist as she tries desperately to solve the mystery of her predicament. As the viewer, we experience the film through her emotional journey, sharing her frustration, confusion, fear, and desperation. Like the woman, we spend most of the film trying to figure out exactly what’s going on. It’s at times chaotic, bewildering, unsettling, and disorienting.

Nightmare Box has a small, but stellar cast, and the acting is quite solid amongst all the characters. Especially noteworthy is Johanna Stanton’s performance as the unnamed girl, Jane Doe, at the center of the nightmare. The great Debbie Rochon is equally impressive as the evil antagonist to Stanton’s protagonist. Besides the standout female performances, veteran actor Nicholas Ball shines in a pivotal support role, while Matthew Tompkins is convincingly terrifying as another of Jane’s tormenters. 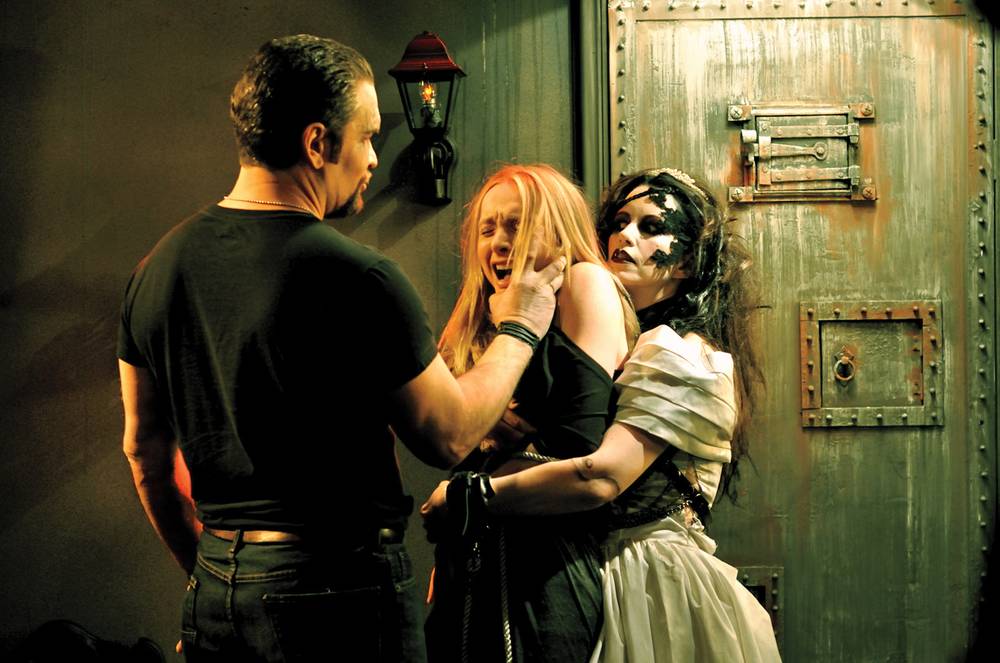 At this point, I’m going to dig a little deeper. I’ll be careful to avoid substantial spoilers. But, for those who prefer a completely pristine viewing experience, feel free to skip down to my final thoughts.

The movie begins in a rather jarring and surreal fashion — with quick cuts, shaky camera work, hard pulsating background music, and a series of seemingly disconnected shots that play in rapid succession. What transpires in those opening couple of minutes is actually quite revealing in retrospect and a rather brilliant setup to later events. But it’s such an intentionally disorienting sequence that the effectiveness doesn’t set in until much later. 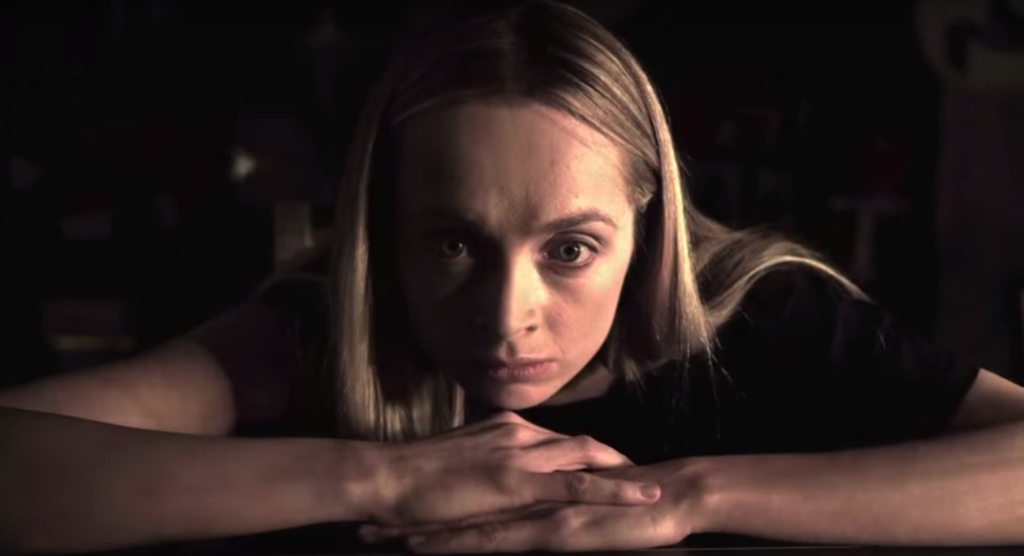 The frenetic pace of the opening sequence builds until Jane is abruptly awoken from sleep, shooting up in bed and giving the impression that she’s simply had a bad nightmare. As she comes to her senses, she begins to realize she’s in a strange room and has no memory of who she is or how she ended up in this place. She searches the room desperately for clues, and there are many to be found. But nothing makes much sense at first, to Jane or the viewer.

As Jane realizes she’s trapped in the room behind a locked, steel door, she begins to be visited by a cast of eclectic characters. The characters mysteriously come and go, and scenes hastily end almost as soon as they begin. Jane will be interacting with one character and, as soon as things get tense or overly dramatic, she’ll instantly find herself alone again in bed — making it hard for her to discern what is real and what is imagined. 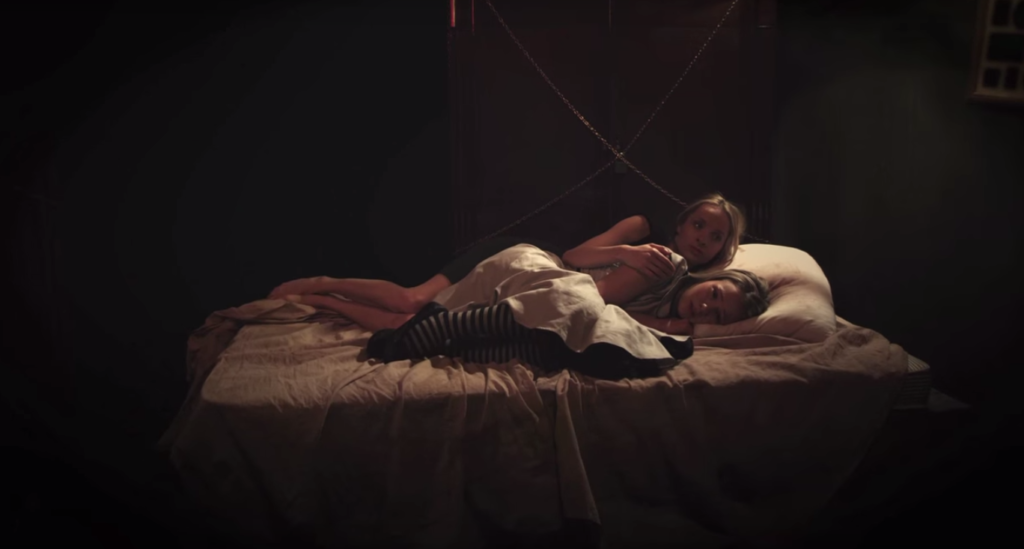 Her friendly visitors include a sweet and innocent young girl and an eyeless girl who seems blissfully unaware of the nightmarish events that play out all around her. There is also a kindly older gentleman. He’s mute at first and appears quite disheveled, but he transforms as the story progresses and becomes a helpful guide for Jane as she tries to piece together what is happening to her.

Unfortunately for Jane, she also has to deal with more nefarious visitors. There’s a hostile, bible-thumping Puritan who constantly spews vile and hateful filth at Jane. There’s a creepy and mysterious man with his lips sewn together who keeps silently offering her a gun. Worst of all, there’s a man and woman who seem to take great pleasure in sadistically torturing Jane. 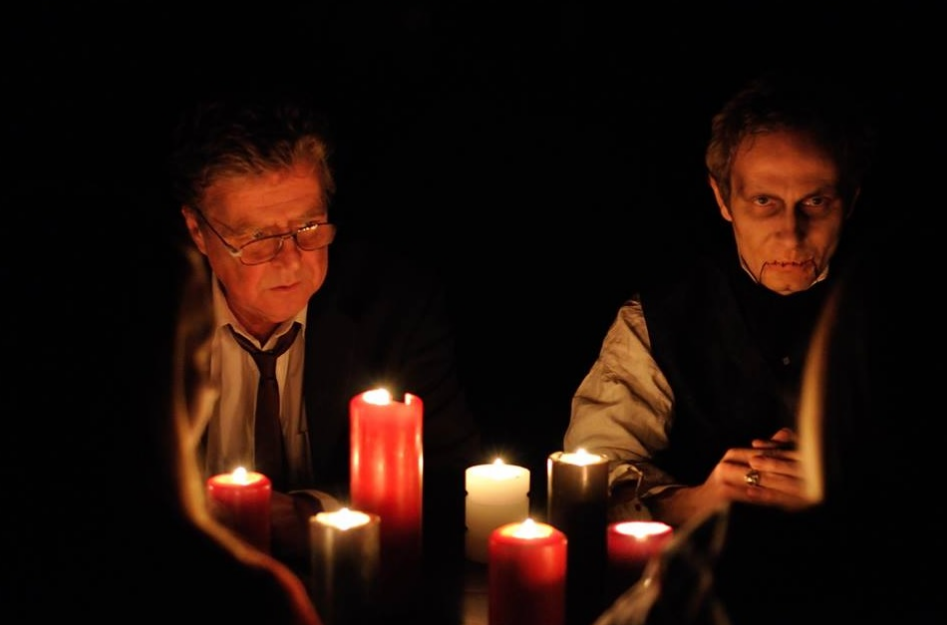 Eventually the pieces of the puzzle finally start to come together and we, right alongside our heroine, begin to realize the awful truth behind the mystery. It’s at this time we also realize just how smart and clever this script really is.

Exceptionally well written by director Keeyes and co-writer Carl Kirschner, this intelligent horror film is far more complex and layered than it first lets on. After the reveal, all the subtle clues you missed at first come clearly into focus, and the depth of all those apparently one-dimensional characters is exposed.

At first, I worried this would be one of those artsy, experimental horror films that is all style and very little substance. However, those fears were pleasantly unfounded. It’s true that the first 30-45 minutes of the film is confusing — consisting of strange visuals, perplexing editing and atypical storytelling. But the explosive ending and deeply satisfying payoff make the chaos of earlier seem not only necessary but also quite ingenious. 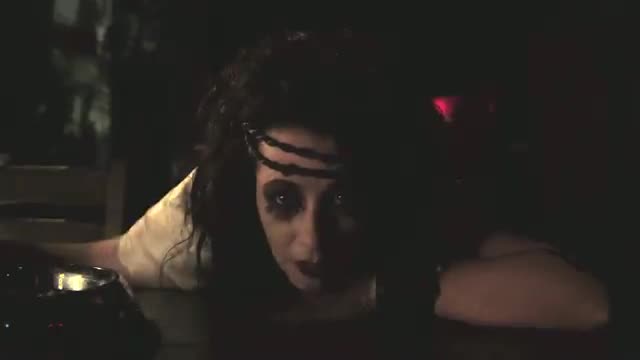 This is definitely one of those movies that benefits from more than one viewing, and it’s the kind of film that will leave you thinking about its deeper meaning and greater implications long after the credits roll. I highly recommend you give this one a watch. And, if you’re like me, you’ll be keeping a close eye on what Keeyes does next… eagerly anticipating the next horror film from this talented up-and-coming