“A Nightmare Wakes” is a devastatingly beautiful gothic tale about the tremendous torment and talent of “Frankenstein” creator Mary Shelley.

SYNOPSIS
While composing her famous novel Frankenstein, Mary Shelley descends into an opium-fueled fever dream while carrying on a torrid love affair with Percy Shelley. As she writes, the characters of her novel come to life and begin to plague her relationship with Percy. Before long, she must choose between true love and her literary masterpiece.

A Nightmare Wakes is a devastatingly beautiful gothic tale about Frankenstein creator Mary Shelley. Writer and director Nora Unkel gives us a peek inside the infamous summer of 1816. Mind games, open sexuality, her own neuroses, and the use of way too many hallucinogenic substances all led to Mary’s creation of her Modern Prometheus. We follow her down into the rabbit hole of madness that leads to the birth of the misunderstood and unloved Frankenstein monster, in a masterpiece of writing that has stood the test of time.

Just in time for Valentine’s Day, Shudder brings us this stunning and unique interpretation of Mary Shelley’s tragic existence, a life full of love, betrayal, heartbreak, and death. From those ashes, a narrative grew, about a scientist who created life from the pieces of others, then pushes it away, horrified at what he had done.

The summer of 1816 was a tumultuous one for Mary Shelley (Alix Wilton Regan).

The mistress of romantic poet Percy Shelley, (Giullian Yao Gioiello) Mary travels with him to stay at the home of his friend Lord Byron, (Phillipe Bowgen) in a villa on the banks of Lake Geneva, Switzerland. Joined by physician John Polidori (Lee Garrett) and Mary’s stepsister Claire (Claire Glassford), the time spent there is full of one excess after another, including drugs, parties, and sex.

One fateful evening, Lord Byron suggests they have a contest to see who can write the best ghost story. Mary takes on the challenge with all her heart. Only two of them were successful: Polidori, writing the romantic story, The Vampyre, and Mary herself, writing Frankenstein.

In this conceptualization, the story starts with the surreal vision of a pregnant woman walking into water, drowning herself and the unborn child. Mary is pregnant with Percy’s child. His wife, who he had abandoned and who is also pregnant, has committed suicide. Mary soon after loses her baby to miscarriage — and quite possibly, a part of her mind as well.

Writing becomes everything for Mary, who records every thought, hallucinated conversation, and terrifying moment with her characters. 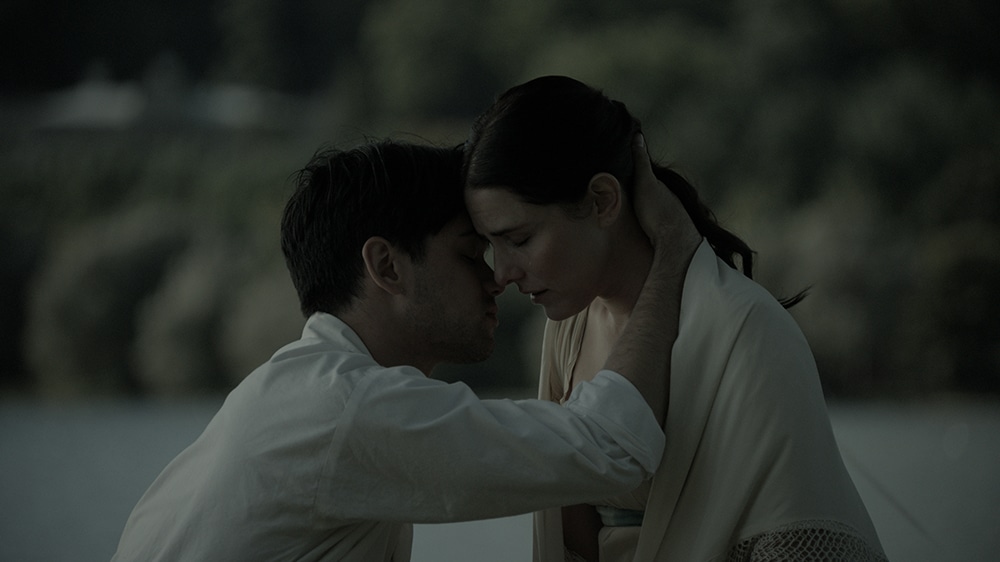 Sometimes, she doesn’t even remember the next day, the process of putting ink to paper.

She starts seeing Victor Frankenstein and his fiancé Elizabeth everywhere, though they are an idealized version of Percy and her stepsister Claire, who by then are having an affair. Though Percy did eventually make Mary his wife, her inability to have children that survived, her instability, and her devotion to her masterpiece, drove him to infidelity.

The fact that Mary is not able to differentiate what is real and what is in her head is one of the wonderful things about this film. I love the themes of ink, blood, and tears that become intertwined, as Mary loses her grip on reality. Her life, her tragedies, and terrible losses become a reflection of the horrors in her story.

Her creature is described as craving love but is misunderstood and hated. As she falls deeper into the abyss of the waking nightmare, it seems to suggest that Mary saw herself as the monster, even if subconsciously.

A serious literary historian could have a problem with the order of events in this film, but that didn’t bother me, and the bottom line is that we see Mary’s thoughts turn into a nightmare that eventually becomes her amazing masterpiece. 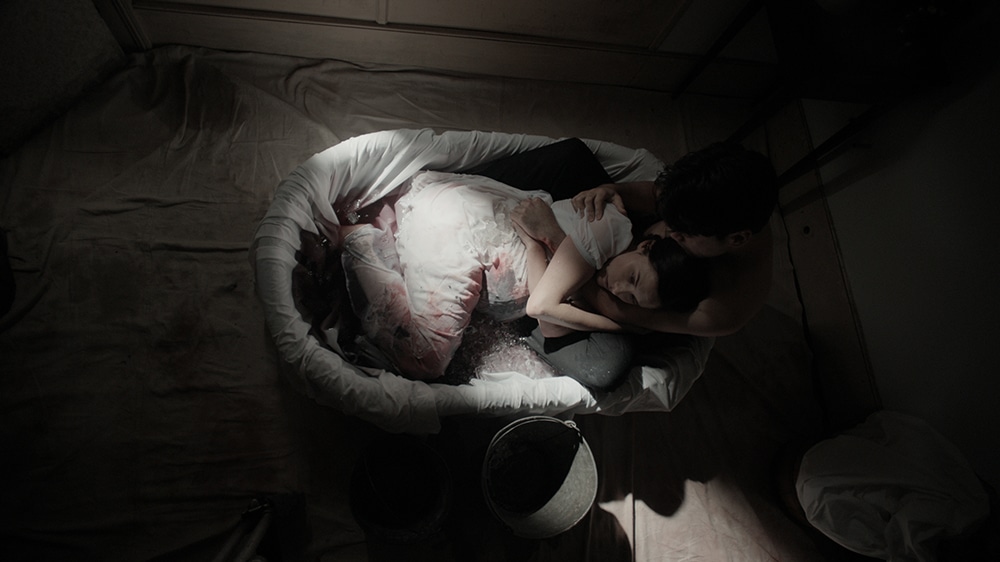 The pain she endures just being alive is so evident, and Alix Wilton Regan plays the complex part to perfection.

The desperately unhappy Mary is truly haunted by every tragedy in her life. Mary was only 18 when she began this book. The idea of a young woman feeling like they were brought into the world by people who don’t love them and that they don’t belong is universal, even back when this was written. I felt that deeply with Mary, even to the point of relating to her. I still struggle with the timeless questions, “Why am I here? What is the purpose of my life?”

A Nightmare Wakes is a creative, intense, and unsettling biopic that takes us into the disturbed mind of Mary Shelley at her most vulnerable.

Whatever her motivations for writing the tale of Frankenstein and his monster really were, I adore what Nora Unkel did with this film; she obviously really loves Shelley. The writing, acting, and haunting cinematography took my breath away. Though a slow burn at times, it kept my interest. I felt very connected to Mary and her inner struggle. I even caught myself crying for the unfairness of it all.

A NIGHTMARE WAKES is an incredible and compelling film for fans of Frankenstein and Mary Shelley. If you are new to this classic horror tale, step into the nightmare and enjoy!