While it doesn’t bring anything new to the haunted house sub genre, “32 Malasana Street” shines when it comes to creating dread and delivering scares. 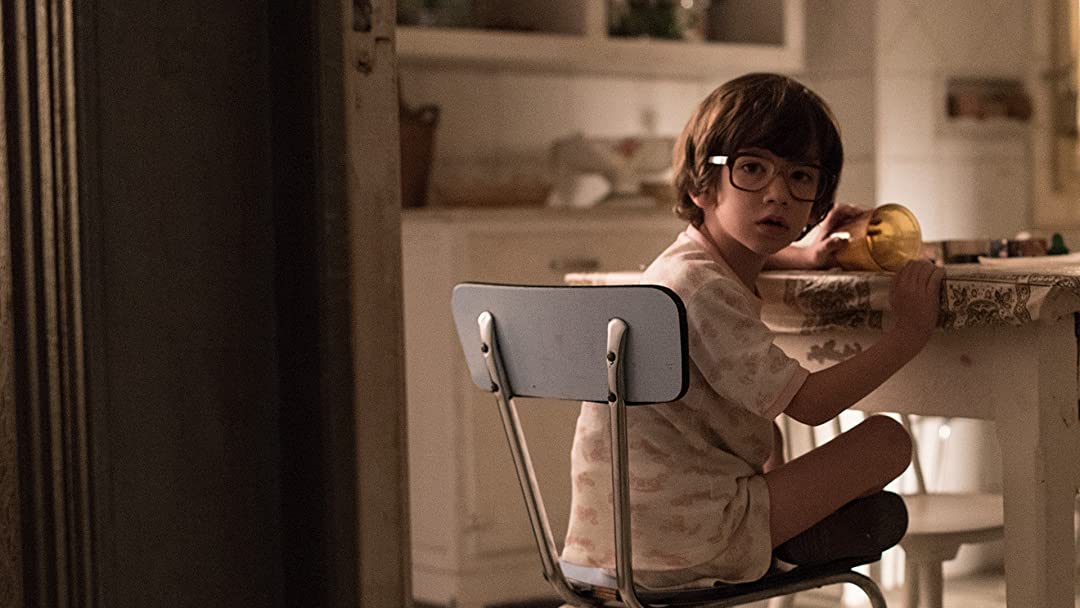 Two boys play in their apartment building and drop a marble that rolls in front of a door. The boys are scared, but one goes to retrieve the marble. It mysteriously moves inside the apartment, and the door opens on its own. A long, dark hallway leads to a dusty room with a lone wheelchair; a decrepit woman sits awkwardly in it. The marble appears under the wheelchair as the dread builds over what will happen if the boy attempts to retrieve his marble.

The tone of this atmospheric film is set by this effective and eerie opening scene.

Cut to 1976, and the Olmedo family is moving into the apartment building. The Olmedo’s have fled their farm and village in shame and spent the last of their money to get a mortgage on the apartment. With no money, hiding away in Madrid due to shame, and with no friends or family to turn to, they are ripe to be targets for a haunting.

The haunting events start, as they tend to do, slowly and quietly. 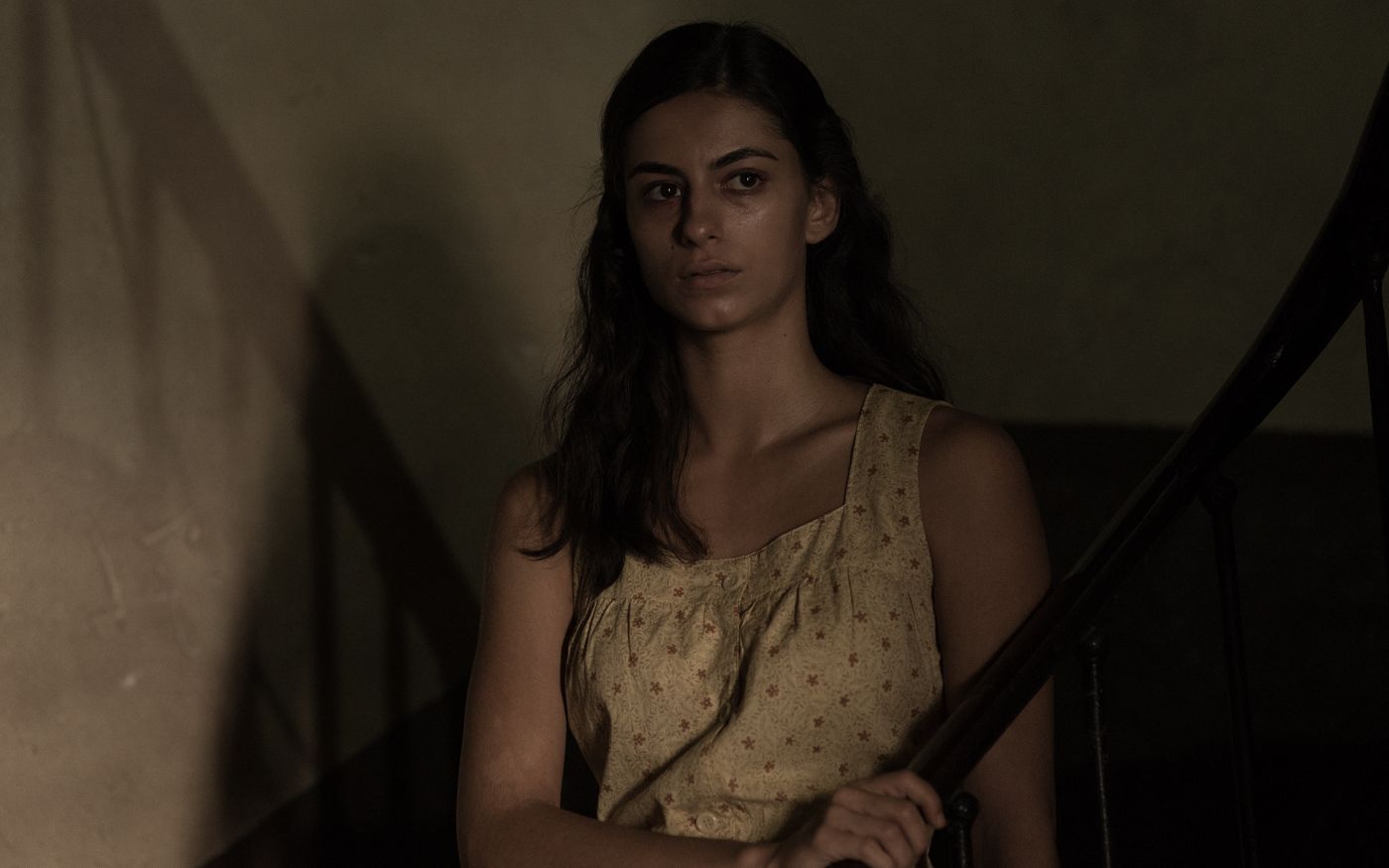 An opening door, moving objects, a mysterious figure in a reflection, noises, and nightmares.

The first target is young Rafael (Ivan Renedo). He is frightened but seduced by the mysterious happenings, and soon he disappears. Blame is laid at the feet of his sister Amparo (Begona Vargas), but the search goes on in scenes that are clearly influenced by Poltergeist.

The ghostly events increase in intensity, attacking the family psychologically and physically. The family leave the apartment, but they come back and decide to  look outside for help in dealing with their paranormal activity — and to learn the reasons why they are being targeted. 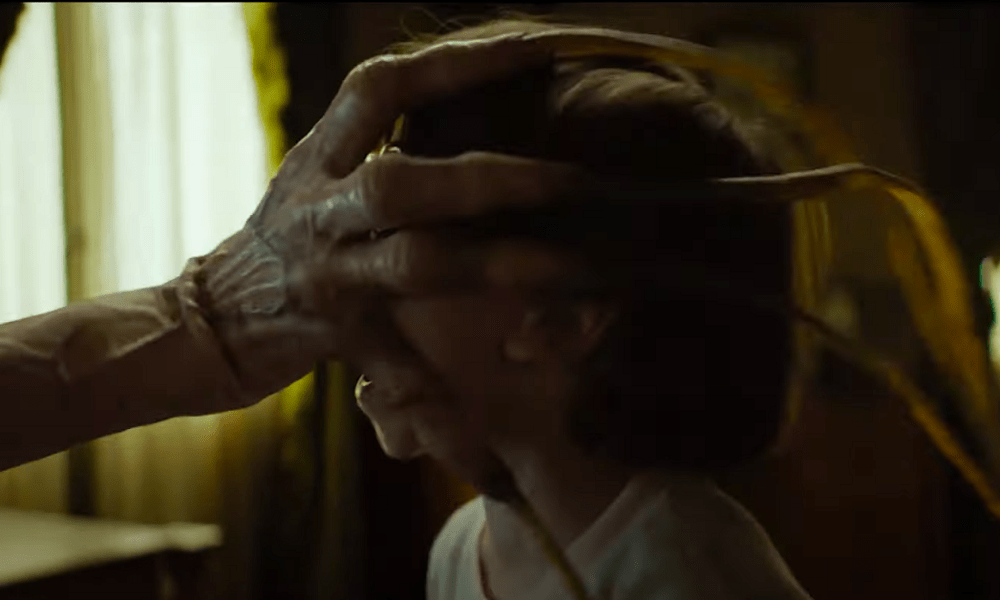 Pinto is clearly influenced by James Wan’s The Conjuring, and he is quite effective at giving 32 Malasana Street the look of a Wan film.

What’s missing from 32 Malasana Street is time to know the family before the horror starts. Horror, especially in a haunting story like this, is more effective when an audience has time to care for the characters before they are under supernatural attack.

32 MALASANA STREET is at its best when it brings the scares. Pinto fills the film with well-designed entities, and surprising jump scares. The film is blanketed with dread and a suffocating atmosphere.

Horror audiences will recognize the typical haunted family stereotypes, but there are still fun frights to be had at 32 Malasana Street despite the overly familiar tropes.

32 Malasana Street made its North American Premiere at the Nightstream Film Festival on October 9, 200, and will premiere on Shudder on October 22, 2020.