A flawlessly beautiful and reflective album that I wish I had found sooner, Three Laws’ “Illuminated” is a mournful masterpiece. 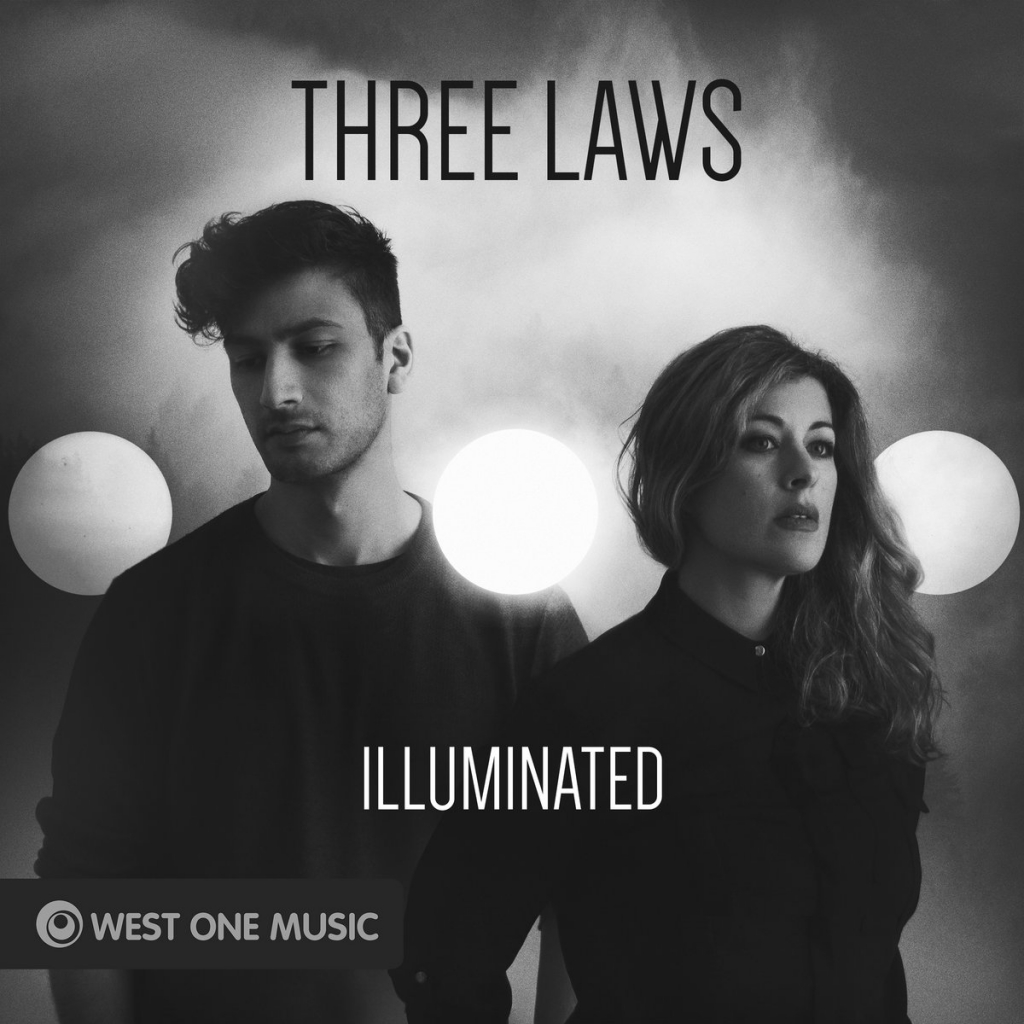 Can there be a soundtrack for the soul? A curated collection of tracks for life itself? I think the short answer to both questions, for audiophiles especially, is a resounding yes.

For this reviewer, day-to-day living is incomplete without music playing. Whether through headphones at work, a car stereo during the daily commute, or the home system late at night, I am constantly listening to something. It could be a newly discovered artist, a nostalgic classic from my youth, or anything in between. Nearly every genre is represented in my (admittedly ridiculously large) collection.

It’s the genre I return to time and again. Especially when things get dark. Literally AND figuratively. It’s the style of music that has formed the backbone of the music that has defined my life.

This brings me to Three Laws. 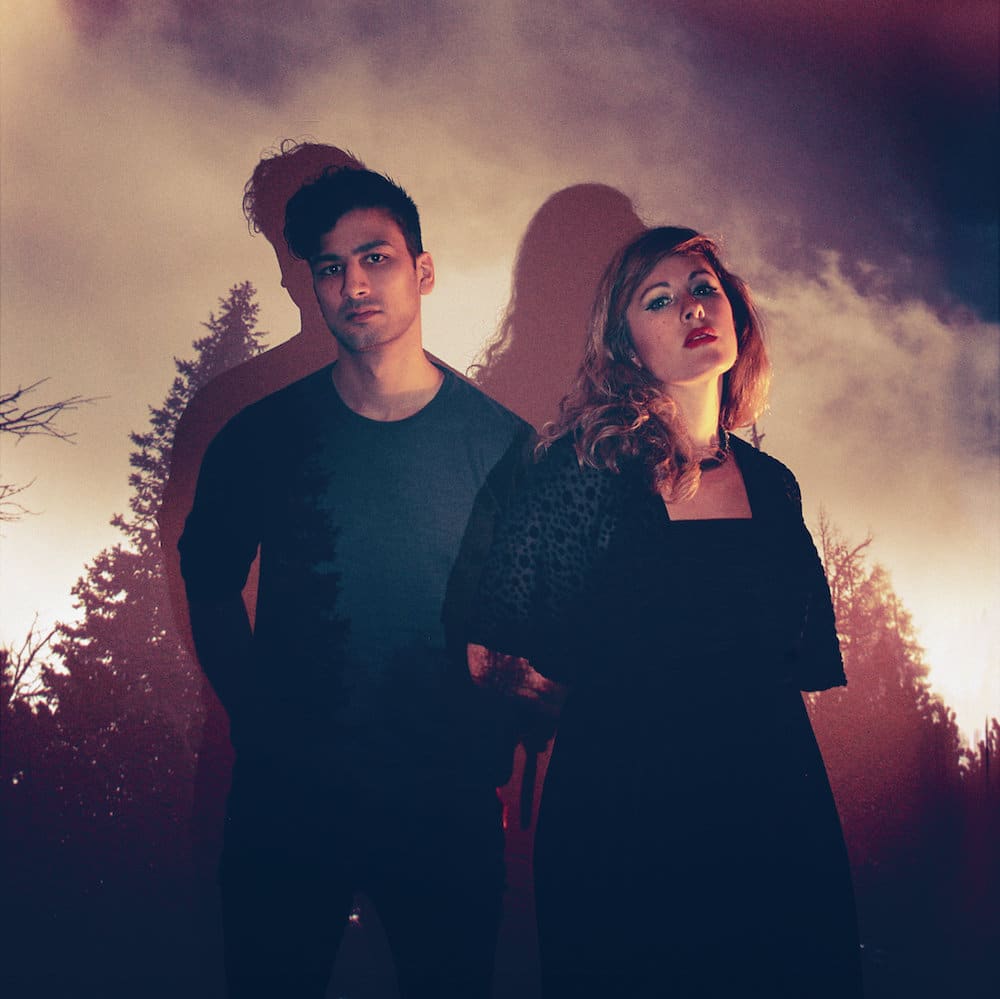 Formed in 2013, the London-based band is comprised of instrumentalist Adam Relf and vocalist Louise Gold.

As a side note, Adam is also the composer and producer for Empathy Test, another broody electronic act (and a personal favorite) that I will be reviewing at a later date.

Though I’ve been listening to Empathy Test for roughly a year, I was unaware of Three Laws until very recently. It only took one listen to realize that their sole offering, Illuminated, would fit quite nicely into the current soundtrack of my soul.

Released in 2017, Illuminated is an album that I really wish I would have found sooner. And on vinyl preferably, as this style of music would sound heavenly on an actual record.

Beautiful and melancholic in equal measure, there’s a cinematic quality that permeates each track. 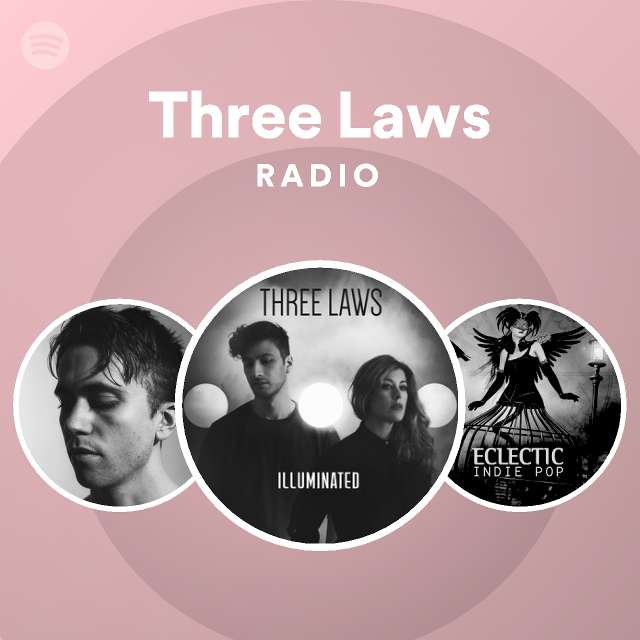 It may not be music made for film… but it certainly could be.

It’s the sort of sound that I live for. Elegant and atmospheric. Gloomy and emotional. Music for a slow drive on a rainy day. Evoking sadness. Inviting contemplation.

These are songs about leaving things in the past — or burning them to the ground. And sometimes, just sometimes, they are about hope as well.

That’s a dichotomy of sentiment that not all bands can achieve. But that duality is intentional, instilled into the very essence of the music itself.

While Three Laws is “technically” an electronic band, that label in and of itself is misleading. 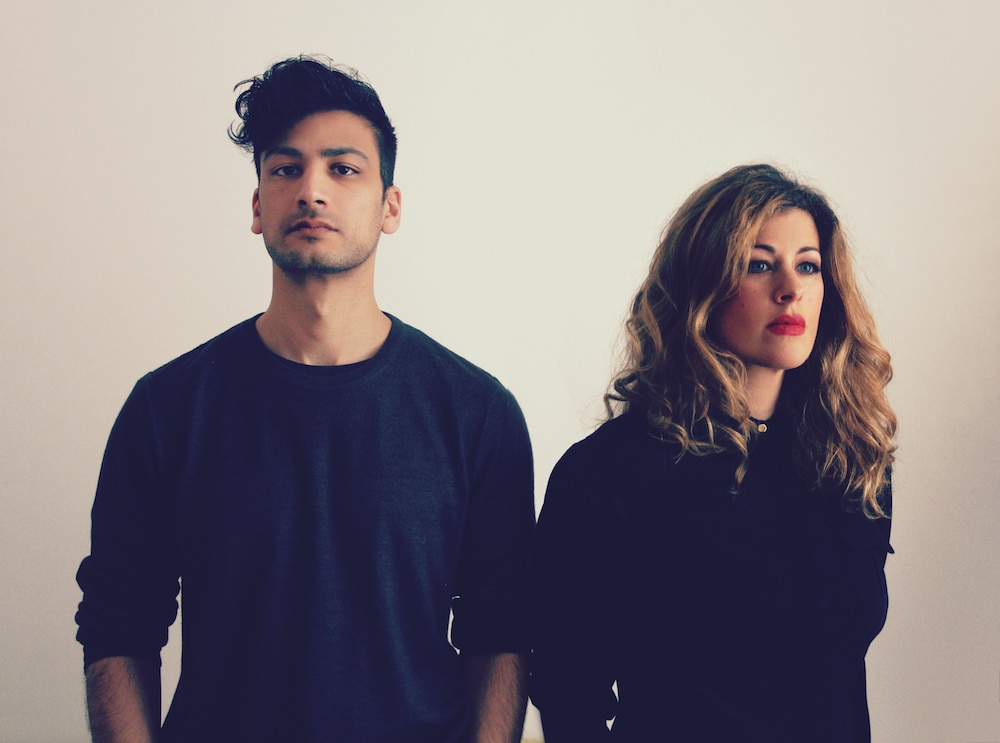 The effects and fills that surround each track, and the percussion that drives them, are synthetic for sure. But that’s just the framework. The actual tracks themselves are bursting with piano and orchestral strings, lending them a larger sound than could have been achieved by pure electronics alone.

This helps to separate Three Laws from their contemporaries.

Listening with headphones is almost mandatory, as there are many things happening just under the surface that could be missed by careless ears. Three Laws may not eschew traditional pop leanings completely, but they definitely minimize them. Their music is more about melody than about hooks or a pounding beat. And though the songs never have a high BPM count, they still possess quiet strength.

Calm on the surface, but powerful underneath.

An auditory undertow for those willing to wade into Three Laws’ sea of sound. 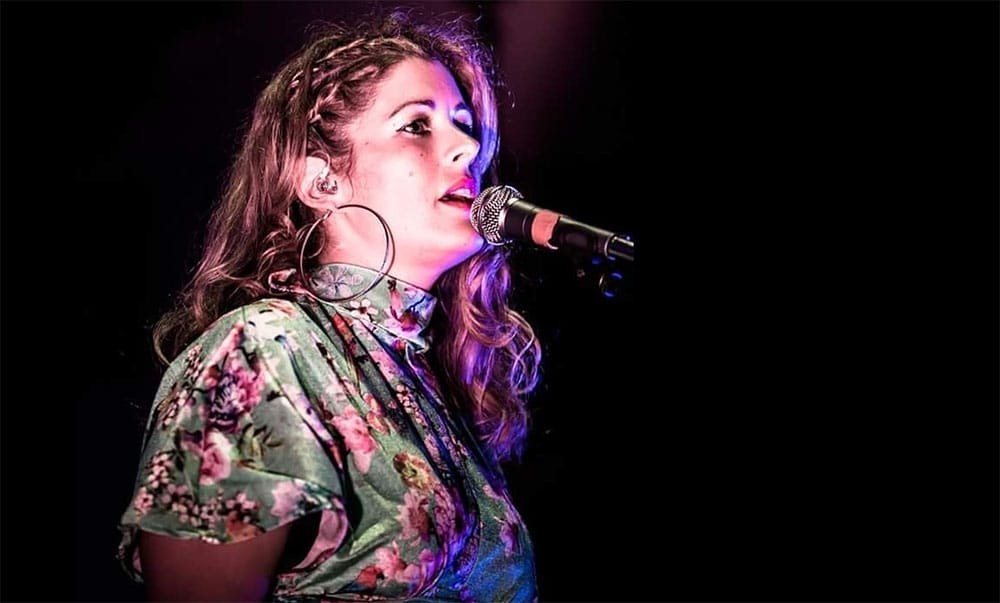 I haven’t even touched on the vocals yet.

Sounding like a dreamlike confection of Freya Ridings mixed with Hannah Reid from London Grammar, Louise Gold’s voice shifts and shimmers through each track as if it were a ghost. Sometimes forceful, other times fleeting, but always haunting.  Her voice carries the weight of lost love and acquired scars, adding to the already heavy sentiment of the music.

She sings with an inherent sadness that would feel out of place in most traditional electronic music. But that delivery fits perfectly here, as she shares with us her wounded lullabies for the broken-hearted.

“Siren Song” was the first single released to support the album, and it’s easy to see why. 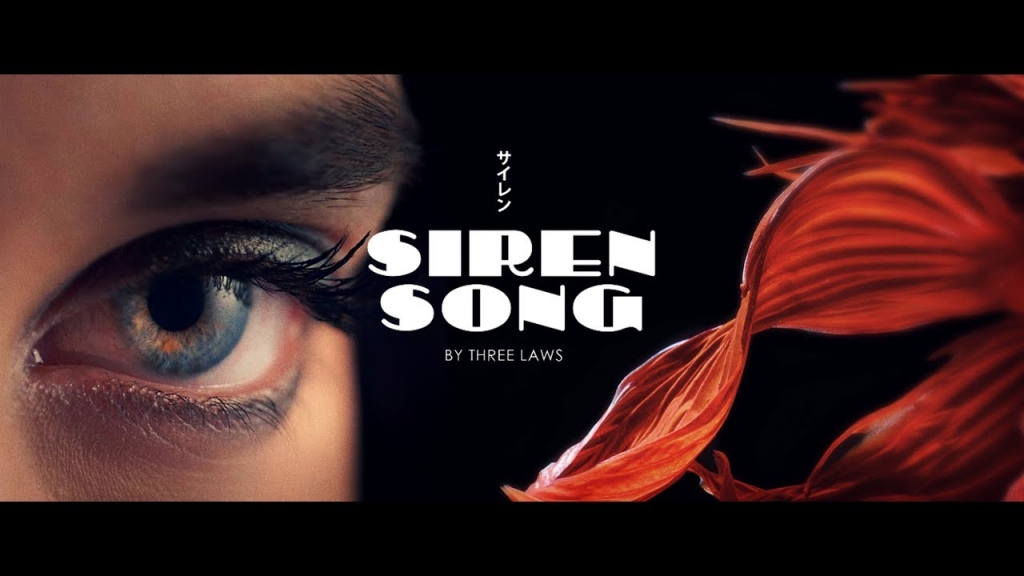 It is Three Laws’ most accessible track, serving as the perfect introduction to their unique sound. Muted drums over reverbed piano fill the background, while Louise sings her heart out with a voice full of sorrow. It’s a song that is both stunning and deadly. Like the sirens of myth.

Featuring arguably their darkest lyrics, “Siren Song” is certainly no love story. Or at least, not in the traditional happy ending sense that we are used to.

The other two singles, “Passage” and “Road to Rome” are also rather catchy, with “Passage” featuring tinkling digital effects that hover at the edge of the listener’s ears. Opening track “As We Are” is also a highlight, starting off with soft piano, before being joined by Louise’s heavenly voice and swelling synths.

“The Temple” could have easily been another single, with its heavy percussion and ominous string arrangements.

But for my money, the standout track on Illuminated would have to be “Safe Place”. 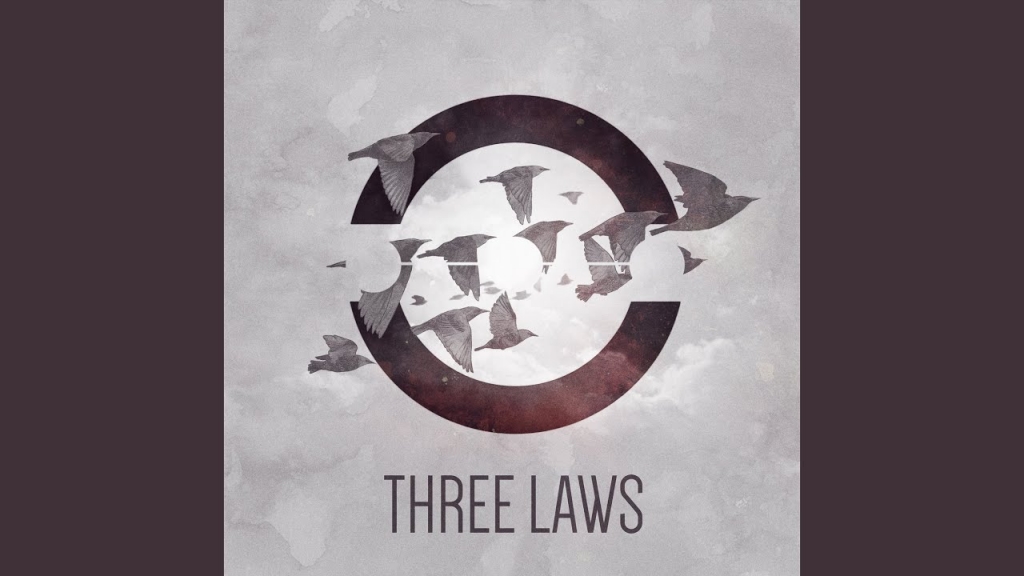 It’s the one song where Three Laws let themselves cut loose.

Bombastic, urgent, and filled with the melodrama of a hit musical, it’s the most frenetic and powerful song in their repertoire. The strings really hit hard, with the lows of the cello/bass felt almost as much as heard. Part of me wishes there were a few more songs with the same punch; but on the flip side, it stands out all the more since there are no other tracks on the album quite like it.

The remaining songs each have their own appeal, whether it be mournful violin or layered piano compositions.

There honestly isn’t a bad track on the album.

In fact, I’m having a hard time thinking of another record (and a debut one at that) with the same level of consistency from start to finish as Three Laws' ILLUMINATED. Click To Tweet

It must be stated that this music is not for everyone. 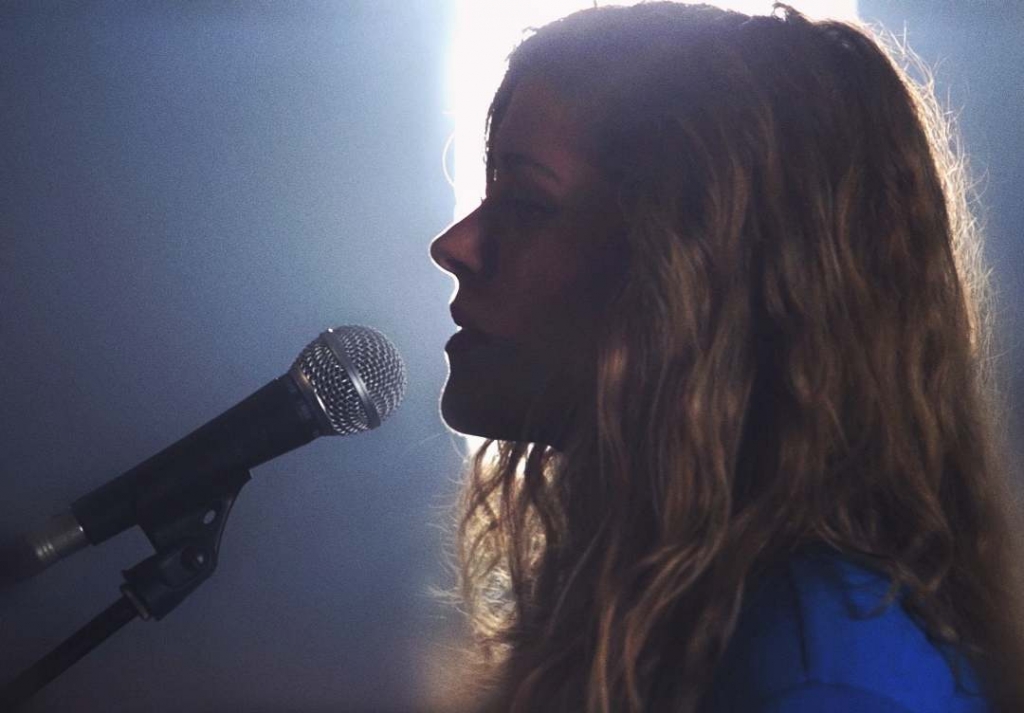 Illuminated is all about introspection and contemplation after the fact. It is not an in-your-face statement. Nor should it be. Adam Relf and Louise Gold have managed to find a niche all their own, and populated it with the sounds of humanity at its most vulnerable.

Louise is correct when she sings “this is an avalanche”. Illuminated is absolutely that.

But it’s an avalanche that is both beautiful and poignant, smothering me in slow motion. And I am perfectly willing to let it.