This week on the Ominous Origins podcast, we explore the genesis of a legend and examine evidence to determine if the Kraken could have been real.

EPISODE SUMMARY
Last week, we explored the mystery of the Enochian language. This week, we dive deep into mysterious waters. Are the stories of a great sea beast known as the Kraken all fantasy, or is there a drop or two of truth in these terrifying tales. 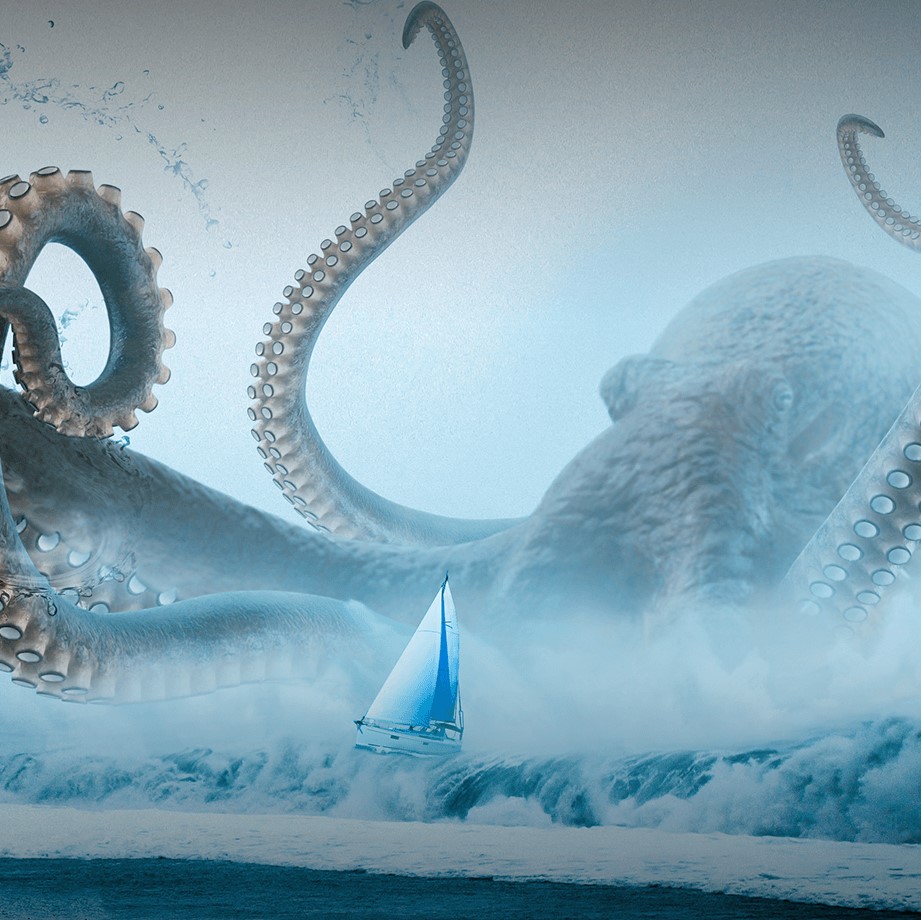 “Release the Kraken!” Famous words once spoken by a truly great and honorable man: Liam Neeson. But it’s time to release the real Kraken on this episode of the podcast. That kraken is also Liam Neeson. Ok, that’s not true. Though, I kind of wish it was.

In all seriousness, today we look at one of the most well known mythological creatures to ever swim the seven seas. Like many historical monsters, the Kraken has its feet — or tentacles — firmly planted in reality. While the first mention of the Kraken is noted way back in the 13th century, tales of its monstrous hunger are told throughout history. The Scandinavians were the first to recognize this strange and massive beast, but it has since been integrated into lore throughout the world — even becoming the focal point of a couple of mid-2000s movies.

The beast in question has been cited as being over a mile in length, and sailors would often mistake it for an island. Its reach was legendary, and it was able to tackle entire ships, dragging them to the depth below. If that failed, it had another trick up its sleeve. Using its mass to its advantage, the Kraken would cause massive whirlpools, which, in turn would bring its prey (the ship) to Davy Jones’ Locker. It would be an unfortunate way to go, no doubt. However, even though it is most often attributed to be a squid or an octopus, the Kraken was also described as being crab-like. Weird.

Of course, there most likely isn’t a Kraken swimming the world’s oceans. What is out there are giant squids, which might be the basis of the Kraken claims. However, the giant squid aren’t typically found in the Scandinavian region, so that theory might be a bust. What we do know is that there were fossils discovered of a large sea creature that was demolished and dragged along the ocean by a larger sea creature that existed roughly 250 million years ago. The way the fossils were found suggested that it was crushed by something akin to tentacles.

So, maybe the Kraken did actually exist. But as always, you’ll just have to listen to learn more.