Pitchfork releases a gorefest Comic Book just in time for Halloween, plus a Director’s Edition DVD/Blu-ray packed with hours of killer special features. 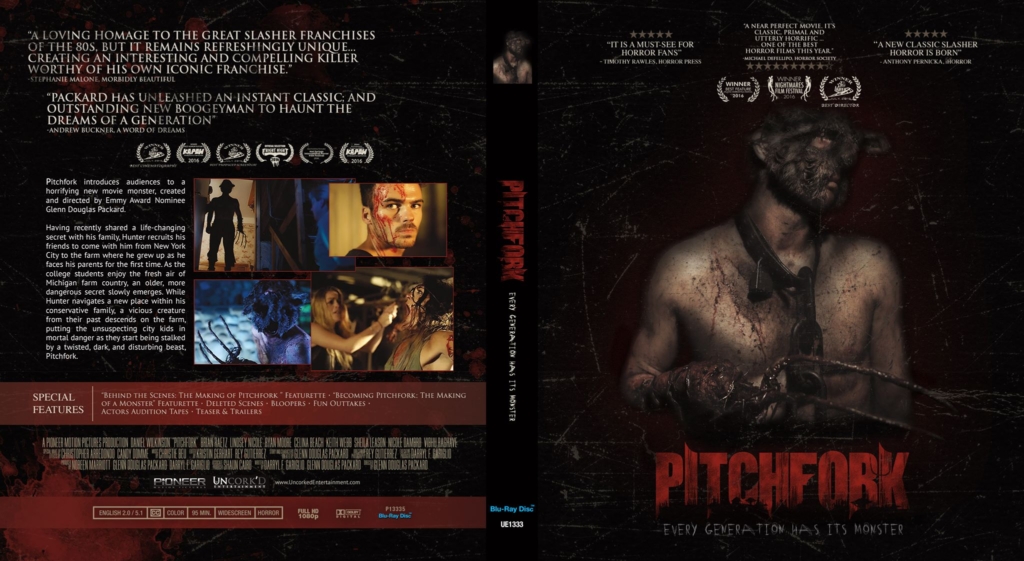 I’m a huge slasher fan, and it’s been exciting to see the recent resurgence in the subgenre. But it’s rare for a modern slasher to really rise to the level of greatness — one with the power to launch a successful franchise, while creating a lasting and memorable slasher icon. While some films succeed in paying loving tribute to the subgenre, they fail to move beyond homage, to bring something new and fresh to the table.

A modern day slasher with the feel of the classic horror genre, it does more than just ape its great predecessors. With well developed and likable characters, an interesting story, and great direction, the film succeeds in separating itself from the pack — all while introducing a unique and memorable killer. Made with only one camera and shot in just 21 days, Pitchfork has struck a chord with film fans, horror buffs and filmmaking aficionados alike.

Despite its low-budget and guerrilla-style construction, Packard (in his directorial debut) delivers a theatrical-quality film that looks much more expensive than it is — rivaling multimillion dollar, big studio movies. In its festival run, the film frequently received top honors, including Best Horror, Best Director, and Best Cinematographer awards (to name a few).

Upon initial screening, this easily made our “Best of 2017” list, with Packard rising to the top of our list of promising new genre talent.

Since we first fell in love with this film back in January (2017), we’ve been dying for more horror fans to discover this new slasher classic. Thus, we were thrilled when Glenn reached out to us to share some really exciting news.

Pitchfork, which was recently released on a Director’s Special Feature DVD/Blu-ray with hours of extras and amazing behind-the-scenes footage, is now getting the comic book treatment!

The comic books picks off immediately where the film leaves off, re-introducing us to Pitchfork’s wonderfully deranged and homicidal parents, Ma and Pa Hollister (played by the brilliant Rachel Carter and Andrew Dawe-Collins). Artwork for the comic was done by the incredibly talented Dawe-Collins.

Below is an exclusive first look at the comic, based on the unforgettable characters created by Glenn Douglas Packard for his indie horror hit. (Warning: Potential spoilers ahead for those who haven’t seen the film.) 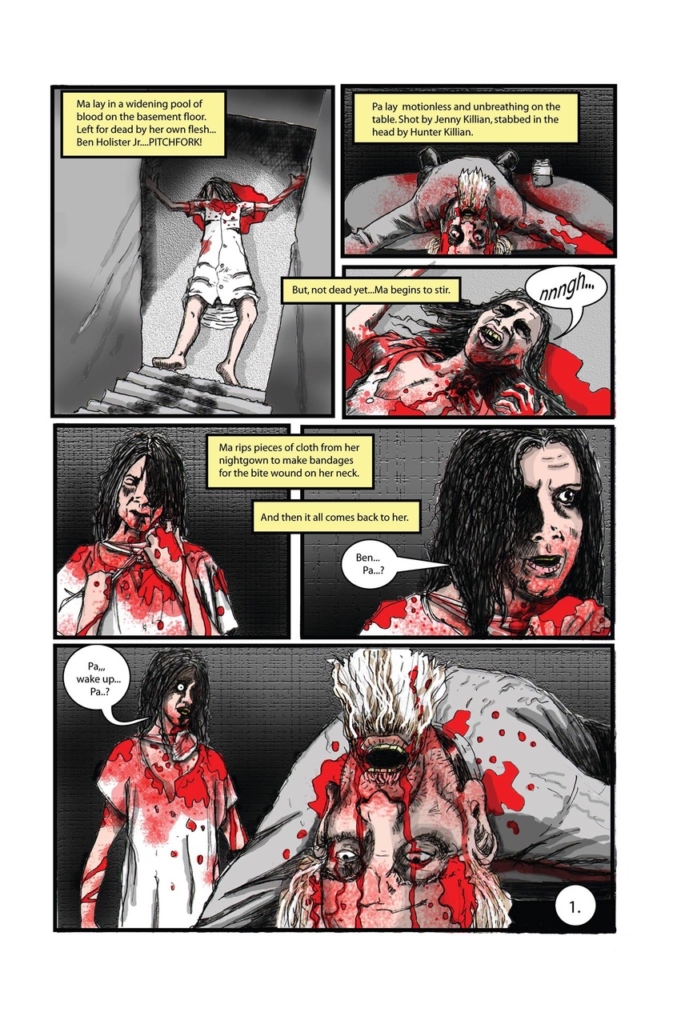 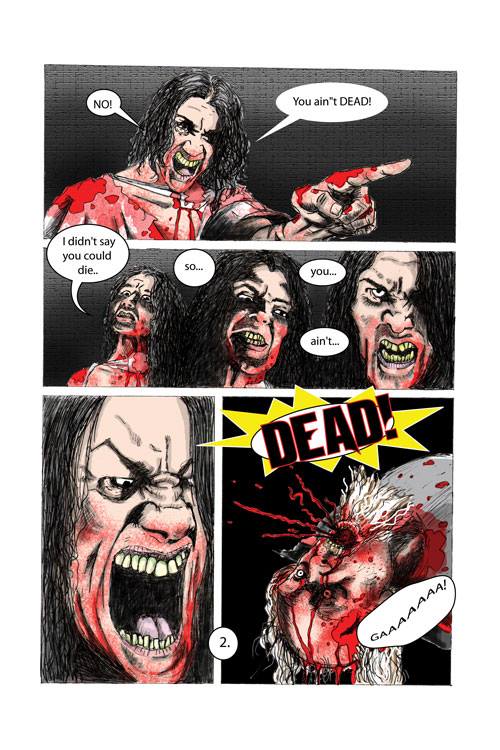 Get the Pitchfork Comic.

Get the Director’s Special Edition DVD/Blu-ray.