Family ties get severed, Springfield gets skewered, and loyalties get challenged in Episode 8 of American Horror Story: Cult (Winter of our Discontent)

“There’s nothing good this way, and it’s true what they say. That I’m the black sheep of the family.” 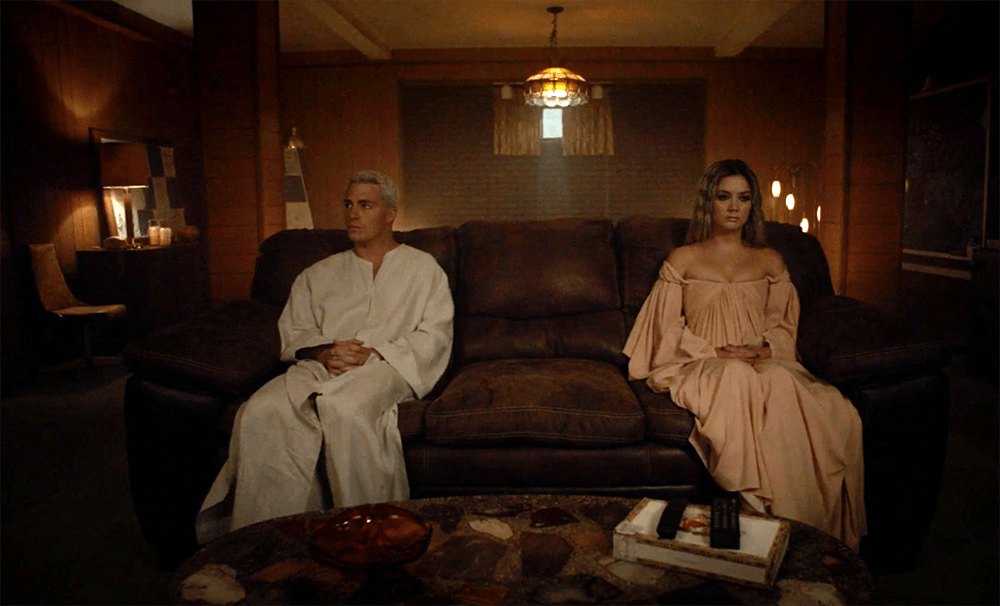 Holy Rick Springfield fandom, this series goes from the lowest plummet down an Andy Worhol to possibly out withstanding the start of an All Out War that took place on AMC this Sunday with the return of The Walking Dead. If you thought Negan teasing Rick Grimes about whose man junk is more adequate, try to get a load of this week’s AHS Cult episode “A Winter of our Discontent”.

It starts off tame. And after last week’s disappointment with another story arc, I even had to rewind the first segment — knowing full well I was trying to disconnect from this Cult.

Vincent (the psychiatrist) pays his little brother a visit, and he tells Kai that he wants him to succeed but, despite his disappointment. Kai ends the visit with a hug and a demand to be called Councilman from now on. Ego trippin much, buddy? Looks like the power has gone to his head, especially when the once empowered ladies of SCUM get demoted — now left to only scrub Scum off the dirty dishes left by the men of Kai’s cult. It seems as if Kai thinks a woman’s place is in the kitchen, and that’s not going over too well with the women…especially an outraged Beverly. 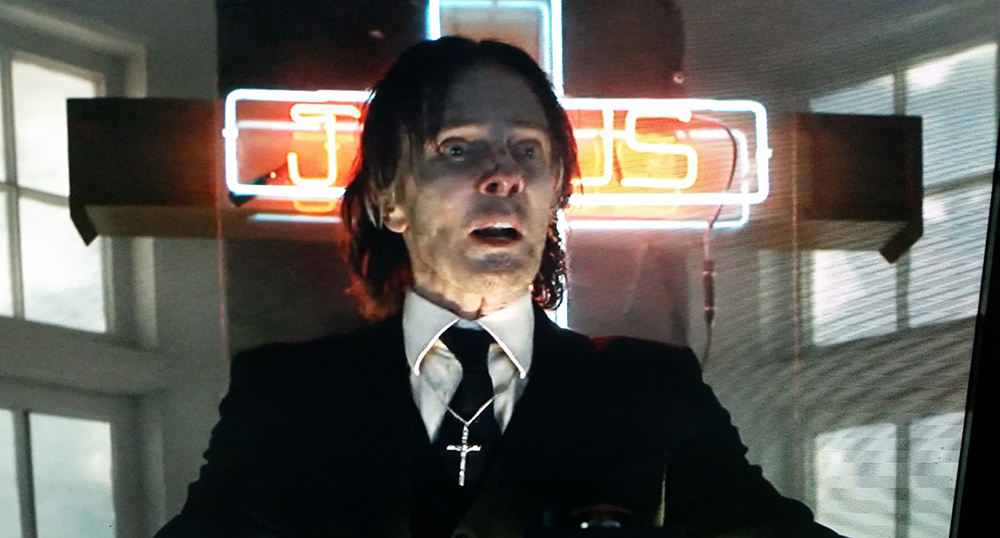 Next, we get the flashback that answers a question fans have been squirming to know…what’s with Winter’s unyielding loyalty to crazy Kai?

Rick Springfield of 80s teen heartthrob fame makes a memorable guest star appearance, leading us through a twisted house of not quite a 1,000 corpses. But he’s certainly trying. We finally learn why Winter can’t completely turn her back on her brother, and it goes beyond the bonds of blood. She feels grateful for him because he kept her alive, saving her from the nut job trolling the Internet — a demented pastor (played by Springfield) who runs a haunted house attraction called Judgement House.

Only, in this haunted house, there are no actors…only victims….and a pastor who casts judgement on sins, like he was a contender for a role in Seven. 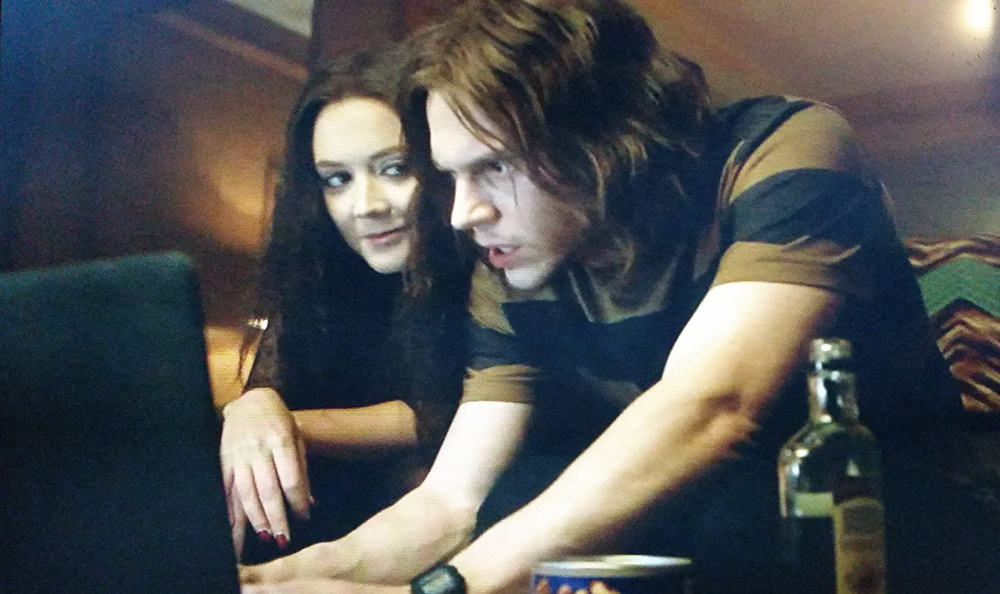 Two years ago, after hitting up the darkest of chat rooms, Kai and Winter get an invite to Judgement House, with our Pastor Charles as the host. Within this house, the siblings witness a slew of atrocities — innocents being tortured and killed for their perceived sins of abortion, drug use and homosexuality. When Winter is targeted, Kai saves the day and gives the pastor his Game of Thrones dismissal in a chair fit for a King.

Back to the present, and Kai wants to know if Winter still has his back. He knows the women of his cult are not happy with his recent directives. He demands a pinky ritual but abruptly breaks it to tell Winter of his plan to bring forth a messiah with her. 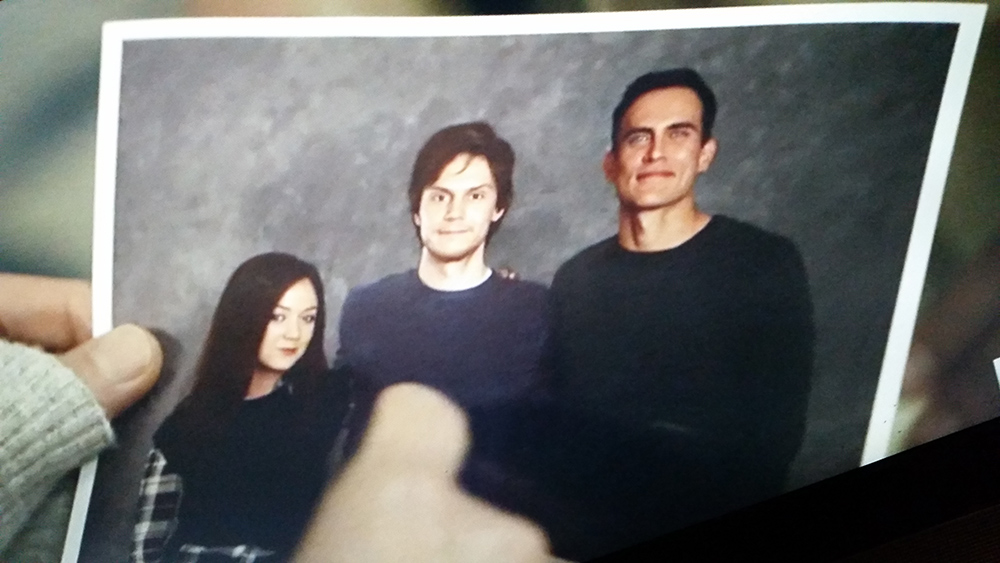 See what one night with the man that sang “Jessie’s Girl” does to a man?! Pastor Charles is the real reason Kai turned his hair to 50 shades of blue, and now he wants to become incestuous with his sister. Pump your brakes. Mr. Blue informs Winter she’ll have to sleep with the gay detective, all while Kai comes through in the end. Where’s my drum cymbal?  🙂

Meanwhile, I’ve never been so relieved to see Ally again and break from the awkwardness of that last exchange. Looks like the therapist Vincent is now Ally’s client, because he comes clean with picture proof that he’s the brother of the psychotic cult leader and the woman suspected to be banging her wife Ivy. He professes he had nothing to do with telling his brother the innermost secrets and fears of his patient and insists that Kai must of broken into his office and gone through his private patient files. 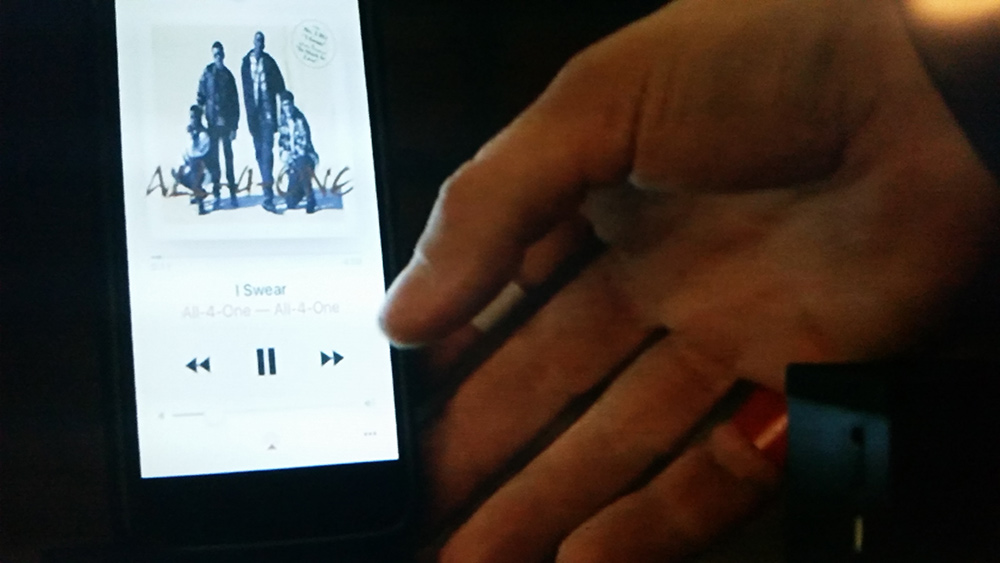 Oh no…back to being unbelievably…entertained. Never in my life has AHS made me laugh harder then when Kai directs ALL 4 One’s R&B 90’s hit “I Swear”  as the creme DE LA incestuous crop of making the messiah cult inhabitants of this world. Although, Winter smartly quips that there should be only one messiah. Then the men disrobe, while Winter is instructed by Kai to lay down her vessel. She then has to watch as her brother helps the homosexual man get aroused with a full on kiss on the lips.

Did you think I’d turn the knob on this segment without mentioning the knob couldn’t facilitate the lady? Winter loses her cool and tells Kai she’s over his crazy “sacred” ritual — the one he just thought up earlier that afternoon.

Cut to Ally missing her son and preparing a manwich, which bodes better for her then Kai’s previous date. We are finally witnessing a strong, fed up Ally who makes a deal with Kai. She’ll give him the information about his brother wanting to commit him if he in turn helps return her son back into her custody. He nods his head in agreement. But maybe Ally should of made him pinky promise. 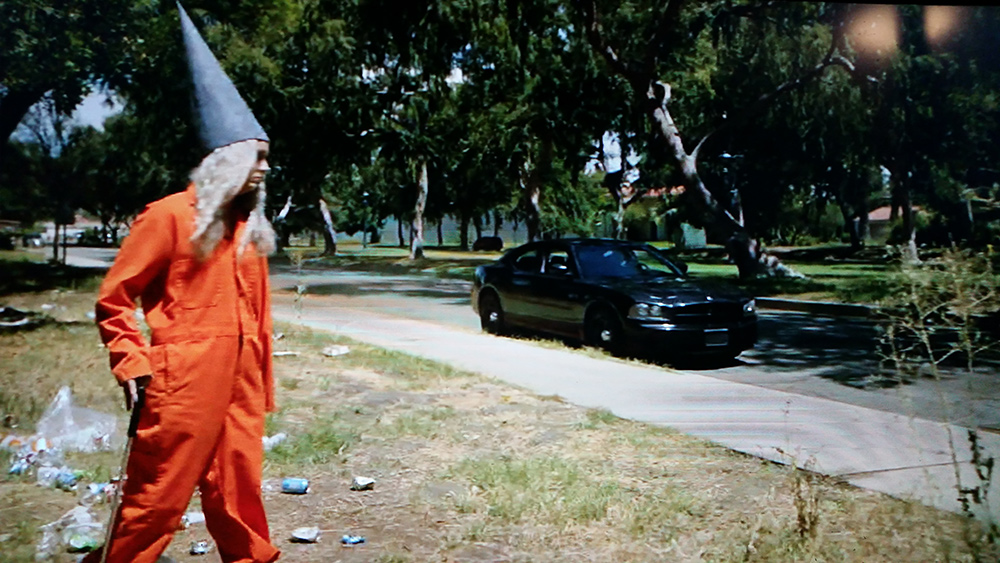 Another part that calls for a smile in this more disturbing than scary episode is the sight of Winter dressed in an “Orange is the New Black” jumpsuit complete with a dunce cap on her head. She’s now forced to reunite recycled goods to the grassroots of nature as her punishment. When the detective shows up with an unworthy lunch, he also informs Winter of the beginnings of his bond with Kai.

Turns out, he originally blackmailed Kai after busting him, extorting a huge percentage of Kai’s then drug prescription forging hustle (using his brother’s prescription pad). He recalls the night Kai came to drop off money and discovered the blond haired man meat couldn’t fire his private pistol with the ladies easily anymore. Kai informed him he could attain his power by sleeping with men, and there forms the beginnings of Kai having his way with another ready cult member. 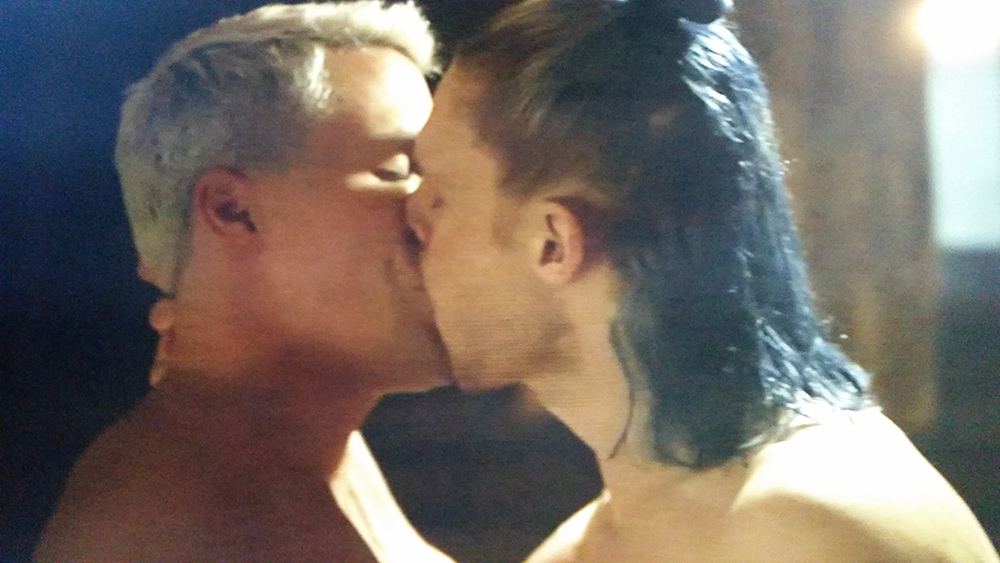 Winter asks for his apple, and he refuses as Kai wouldn’t approve. She calls him Kai’s bitch ass puppet and dumps her bowl of gruel in his lap. That angers him enough to want to really please Kai and impregnate his sister like he asked. But the only way he can perform is to aggressively choke her. Never S & M a girl unless she’s a willing participant. Winter must of wanted that Apple more then Eve, because she shoots him in the head. Though she clearly realizes Kai may not be thrilled with this decision and has to cover her tracks.

In the final segment for the week, they once again send in the clowns — and the betrayers.

We can already guess one of the betrayers is Vincent, as Ally spilled the beans to Kai in exchange for her son. This just proves most therapists need their own therapy from all the secrets they keep…or tell to the wrong person. After a pinky swear down memory lane, Kai takes his brother’s pinky…and his life — much to the horror of Winter.