The Real Life Stalkers That Terrorized Your Favorite Horror Authors and Inspired Some Great Fiction, Including the New Novel “Literary Stalker”.

Editor’s Note: We are so fortunate to have this special guest post from talented author Roger Keen, who really impressed us with his recent horror fiction novel Literary Stalker (reviewed here on this site).

My novel Literary Stalker constructs a fictional scenario where a writer/fan becomes embittered by a series of negative encounters with others in the writing game, and in one particular case he tips over into becoming a stalker, heading inexorably towards bloody revenge.

In fiction, a variation on this theme has been explored most famously by Stephen King, who gave us literary stalker Annie Wilkes in Misery, and brought to life every paranoid writer’s worst nightmare. But what about in real life? Are there actual literary stalkers out there, preying on illustrious scribes? You bet there are! 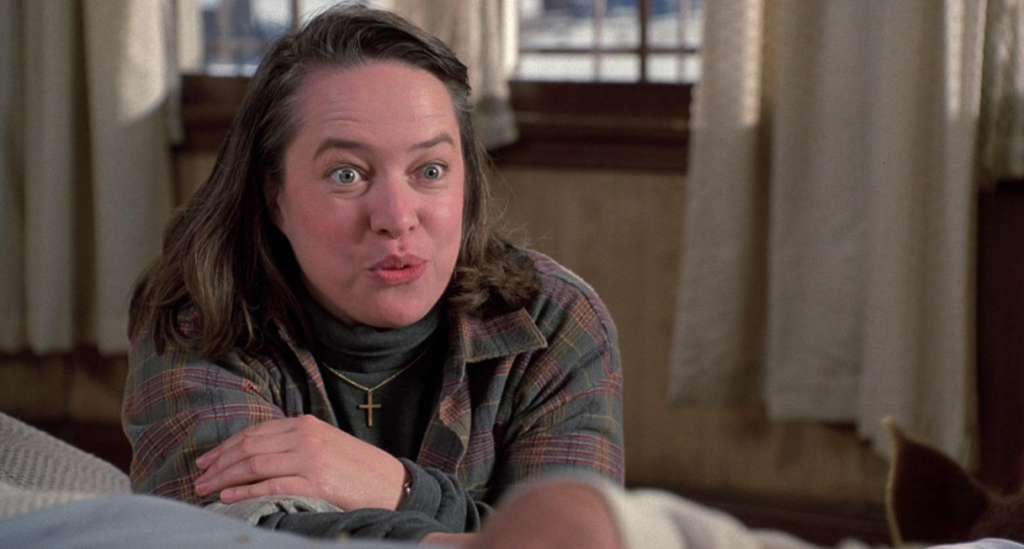 Ironically Stephen King once thought that by writing about bad things you prevented them from happening in reality, and this provided a basis for his horror fiction. One would think, then, with Misery under his belt, he was well ‘insured’ against literary stalkers! But think again…

In April 1991 – four years after the publication of Misery and just five months after the release of the film – King’s wife Tabitha was home alone at their mansion in Bangor, Maine, when she heard the sound of breaking glass coming from the kitchen. Trying to escape, she encountered Erik Keene, who claimed to have a bomb in his rucksack. Tabitha managed to flee to a neighbor’s house and the police were called. After sealing off the street and using a sniffer dog, they found Keene in the attic with some calculator parts, put together to resemble a bomb, and he was arrested on charges of burglary and terrorizing.

Two days previously, Keene had visited Stephen King’s business office, telling an assistant, Shirley Sonderegger, that Misery was his literary property, based on the life of his aunt, and he wanted room and board whilst collaborating with King on a sequel. When told this wasn’t possible, he became angry and stormed out. 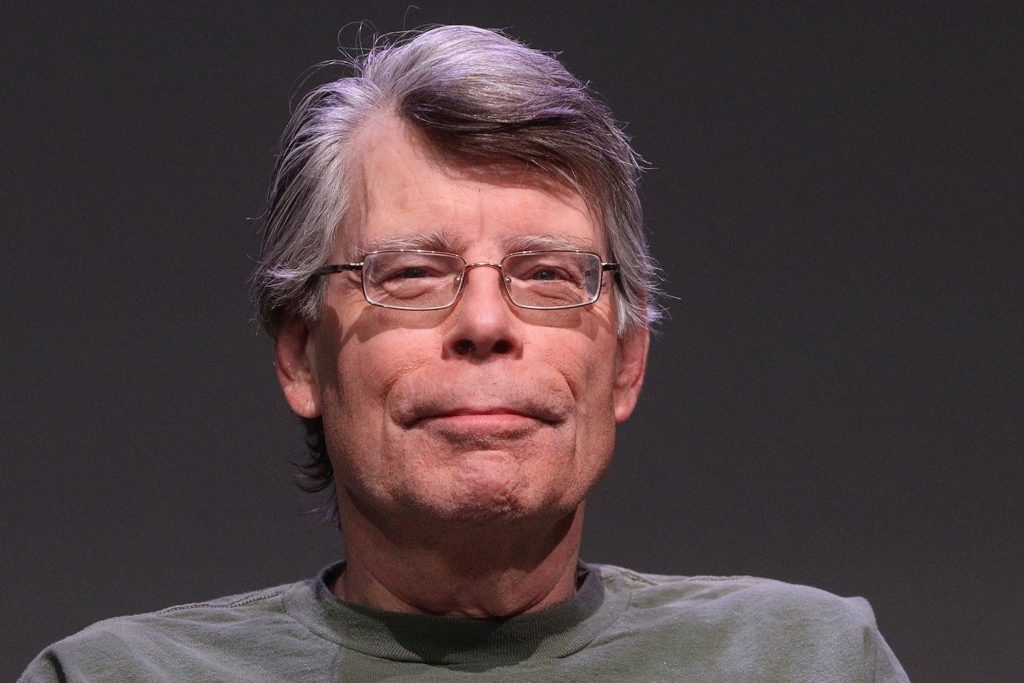 It turned out that Keene was a big King fan – and also a schizophrenic on parole in Texas. Though he entered an insanity plea at his trial, he was convicted and served four months, before being extradited back to Texas. He promised to bring King a present ‘from the macabre’, which he said his grandmother had given him before she died.

So, far from insulating King from the problem of wacko stalkers, Misery had attracted them. The following year, another turned up in Bangor, also suffering from delusional beliefs. By means of coded messages, Steven Lightfoot had discovered that King had killed John Lennon, and the actual murderer, Mark David Chapman, was a mere decoy, an actor in a hoax. 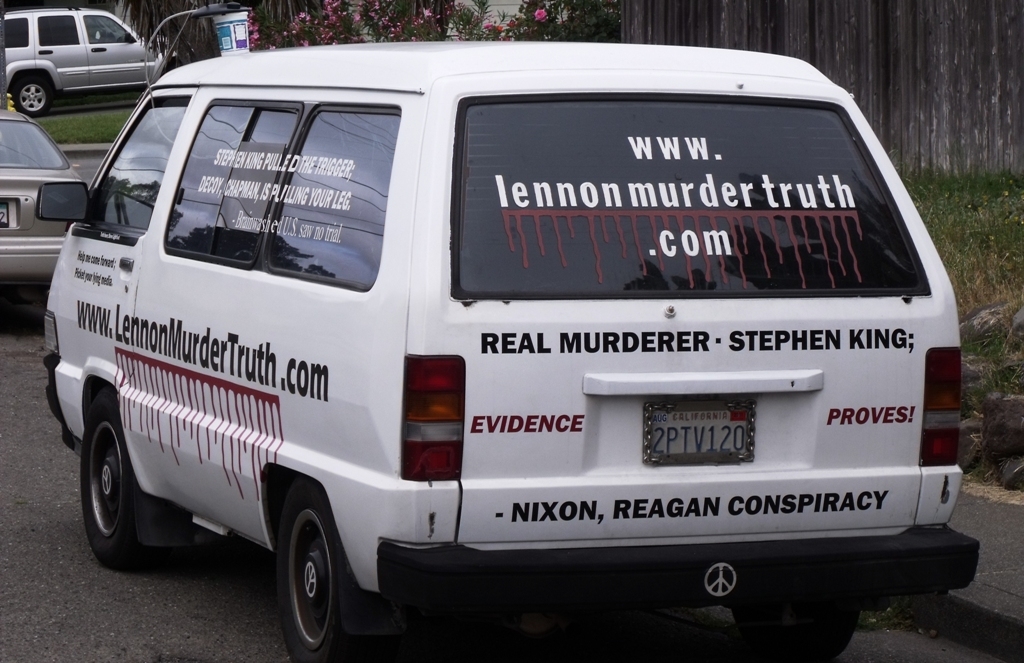 Lightfoot parked a van in downtown Bangor which was festooned with messages and a web link concerning King’s crime, and he was eventually served with a protection-from-harassment order. Then, in 2003, Bretislav Bures, an illegal immigrant from the Czech Republic, was arrested for stalking after approaching Tabitha and leaving crazy notes in the Kings’ mailbox, and demanding to speak to the writer. King was fearful enough to load his handgun, just in case. And in 2013 another trespass took place at the King home, resulting in a struggle with police and an arrest.

As a high profile author who deals in obsession and the macabre, it’s somehow not surprising that Stephen King has been targeted by nut-job fans, and those cases all took place at his mansion, which itself is a magnet as a kind of Victorian Gothic edifice to himself and what he stands for. 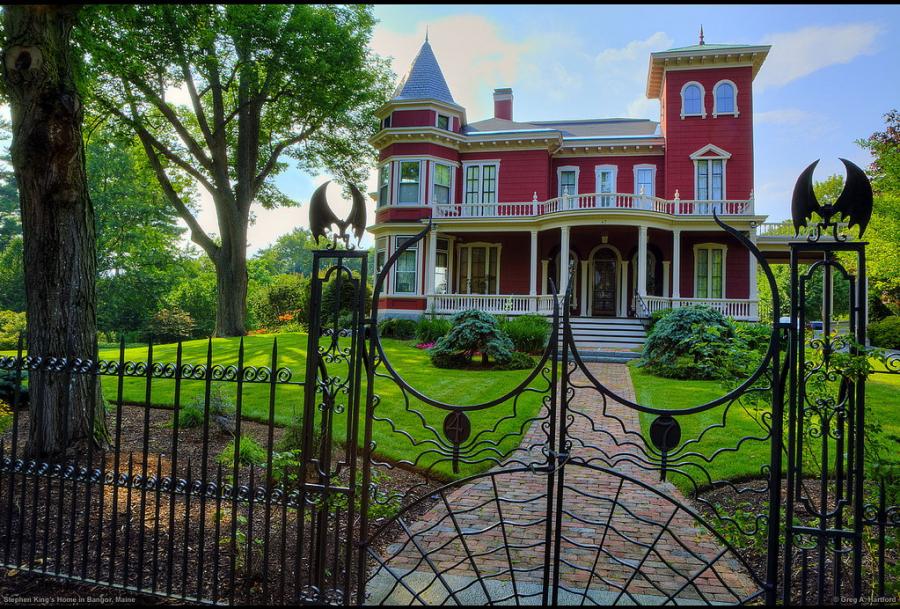 In Literary Stalker, obsessed fan Nick targets famous British horror writer Hugh Canford-Eversleigh at both his posh London home in Edgerton Crescent and his country estate in the Cotswolds, but Nick also takes advantage of that classic interface – and point of vulnerability – between reader and writer: the book-signing session. And in this particular area several real writers have had problems with stalkers too.

Whilst on a book tour of Britain, crime writer Peter James became aware of something untoward. In Edinburgh he signed a book for a smiling female fan, and he thought no more about it – until he spied her in the audience a week later in Norwich, and again the following week in Cardiff. With considerable knowledge of celebrity stalkers from his work in movies, James now faced the situation of having one of his own, but he tried not to let it bother him…not at first. 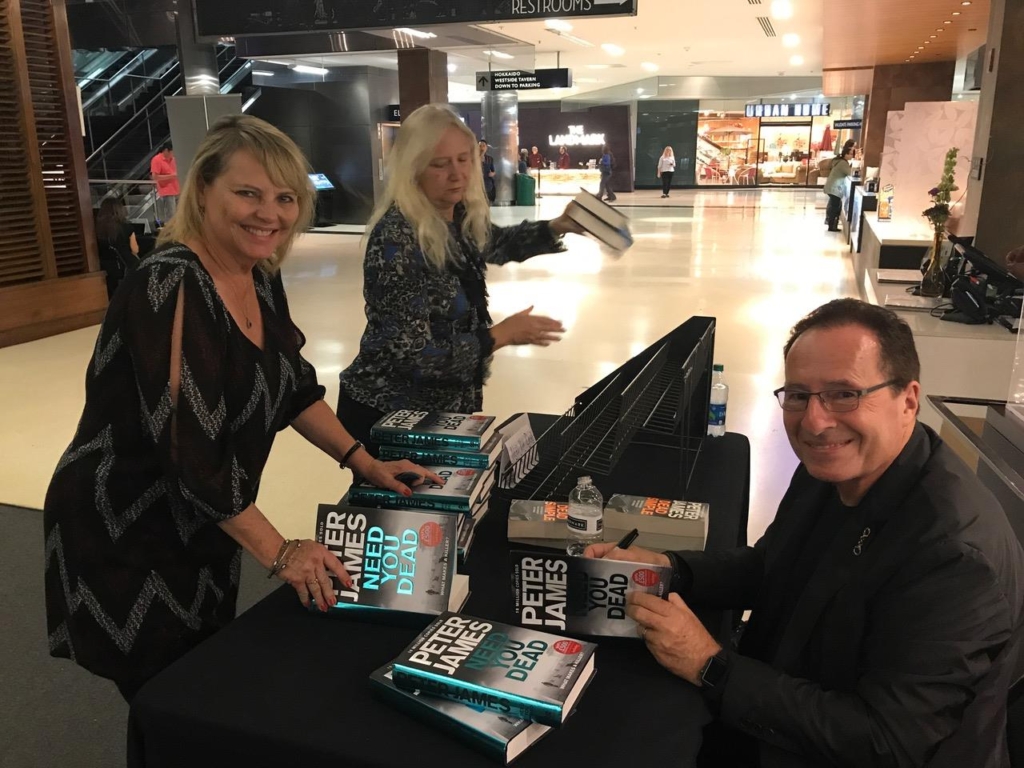 Soon he was inundated with emails from this woman, which became progressively longer, more intimate and more demanding. Her attendances at signings and messaging went on for years, and her attitude was that a ‘special relationship’ existed between James and herself – a classic symptom of obsessive love or erotomania. James himself learned to live with it, but inevitably the situation began to get darker and more potentially dangerous.

She sent photographs of her ‘Peter James collection’, consisting of a wall of his books, plus framed author photographs and photos she’d taken herself, flanked by candlesticks so that it resembled a shrine. From her own photos, it was clear she’d been stalking James, following him around and capturing his daily routines. Her emails became more obsessive, and one day a scented letter arrived, filled with declarations of love.

James, haunted by tho