Bornless Ones is both a tribute and an original, a promising debut and a horror thrill-ride all rolled into one. 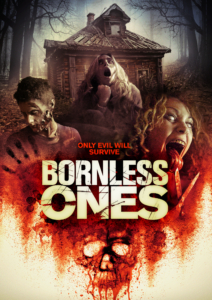 Alexander Babaev’s impressive directorial debut, a demonic-possession shocker titled Bornless Ones, has its foundation in one of horror cinema’s most beloved classics. At the same time, Babaev (who also penned the script) and his dedicated cast strike new territory in this chilling story of an ancient invocation known as the Goetia and the group of friends who endure its terrifying wrath.

Emily (Margaret Judson) has made the difficult decision of having her brother Zach (Michael Johnston) placed into an institution due to his severe cerebral palsy. Emily struggles to care for Zach and his seizures are threatening to end his life. She purchases an isolated home near the hospital and travels there with Zach and their friends in order to make her brother’s transition into full-time medical care easier. Little does the group know that the house, with its tragic past, wields the power to possess the bodies and uncover the secrets of anyone who resides there. Emily, Zach, Jesse (Devin Goodsell), Michelle (Bobby T), and Woodrow (Mark Furze) will have to band together in order to defeat a malevolent force hell-bent on destroying them all. 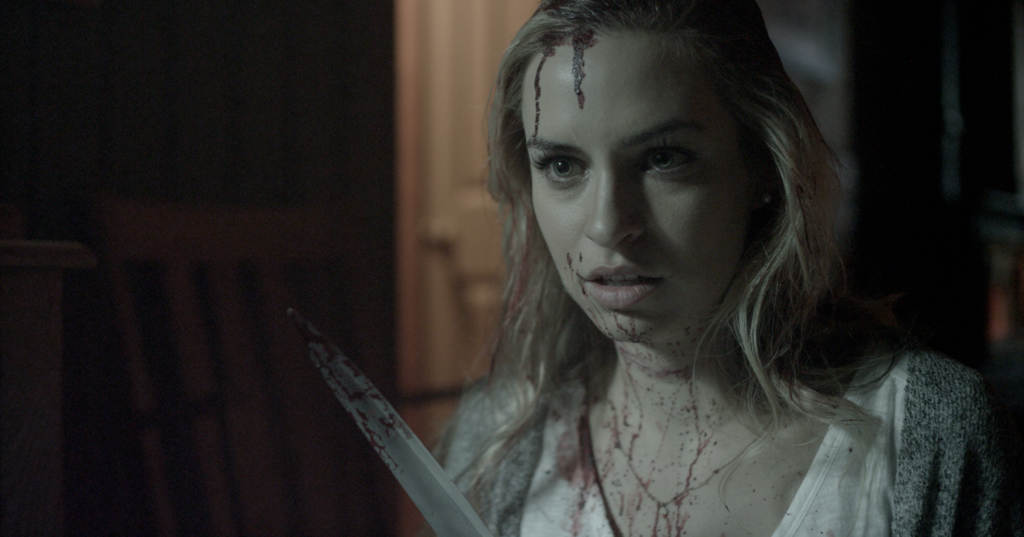 Almost immediately, the influence of Sam Raimi’s ‘The Evil Dead’ (1981) is stamped all over ‘Bornless Ones’. The remote house, the evil invocations, the possession of the body by supernatural forces, even the modified demon voices and their vulgar insults—all of these tropes appear in Babaev’s film. However, what could have been a mere treading of familiar ground becomes something much more original and thoughtful when given a deeper look.

As a screenwriter, Babaev creates believable, likable characters who have genuine motivations for being involved in the story. Emily, in her inability to care for the invalid brother she truly loves, is a sympathetic heroine forced into an impossible situation. As a romantic couple, Michelle and Woodrow are dealing with a personal issue of their own. All of the characters have their own secrets and conflicts, which the demonic forces take perverse delight in exploiting. For this reason, the possession sequences serve to both horrify the audience and advance the plot. While the script may not have many memorable lines, Babaev propels the story forward with every scene. 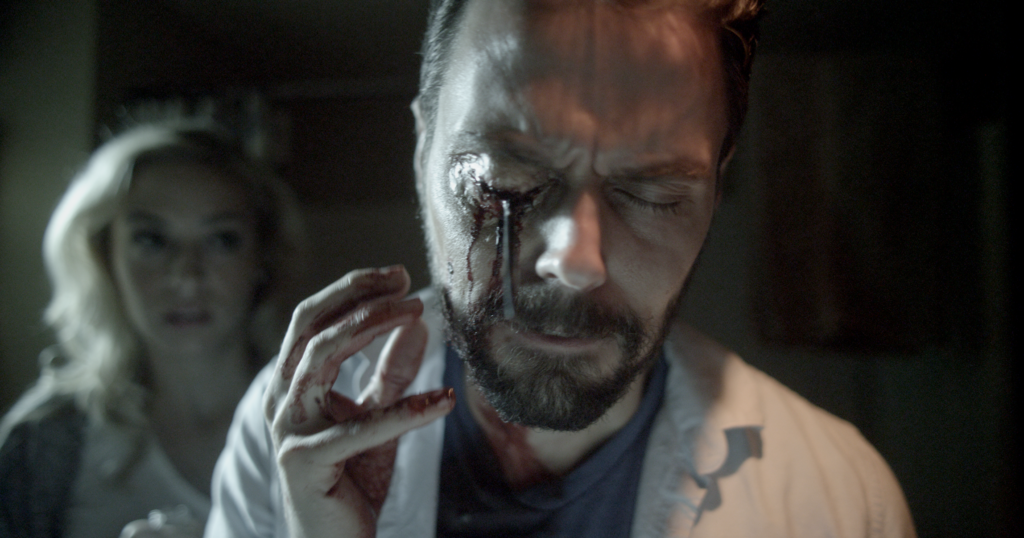 Clocking in at just under 90-minutes, Bornless Ones is fast-paced, clever, and bloody, a tribute to similar films in the genre but also one that can proudly stand alone on its own merit.

Kristina Ellery’s makeup and practical effects are expertly done. Though some of the gore sequences become repetitive (at one point it seems like everyone is getting stabbed in the stomach), the weapons are varied and the outcomes are at times genuinely disturbing and diabolical. The performances are strong and restrained; though the situation is outrageous, the characters respond as realistically as they can and treat the horror brought upon them in a matter-of-fact way.

Unlike The Evil Dead and its sequels, ‘Bornless Ones’ rarely uses humor and instead focuses on the misfortunes and past mistakes of its characters. While the story is dark, the resolution offers some of the characters an opportunity for redemption, one of the many motifs represented in the film. Other highlights include an eerie sound design and a powerful climax between Emily and her mother that marks a critical turning point in the story.

Produced by Goodsell and Mariietta Volynska, and shot confidently by cinematographer Egor Povolotskiy, Bornless Ones is more than an homage; it is a well-crafted horror picture with mature themes worthy of an audience’s consideration. The film will be distributed by Uncork’d Entertainment in theaters and VOD from February 10, 2017.