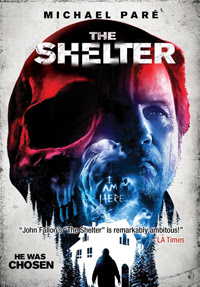 John Fallon’s feature-length film, The Shelter, explores motifs of sin, grief, and redemption while telling the story of a lonely man undergoing an existential crisis. With touches of Jacob’s Ladder (1990) and even A Christmas Carol (1843), the film succeeds in many ways—most notably from its captivating and at times surreal imagery and a heartfelt and smoldering performance by well-known actor Michael Pare (Eddie and the Cruisers, The Virgin Suicides, 100 Feet).

Pare plays Thomas Jacobs, a homeless widower whose meager comfort in life comes from alcohol and the company of loose women. While his character’s alcoholism and philandering ways are two character traits that audiences have seen countless times before, Pare makes them work through a sobering and gutsy performance. The actor appears in nearly every frame in the film, and without his ability to effectively communicate his character’s pain and remorse, The Shelter might have been nothing more than a hackneyed B-movie. 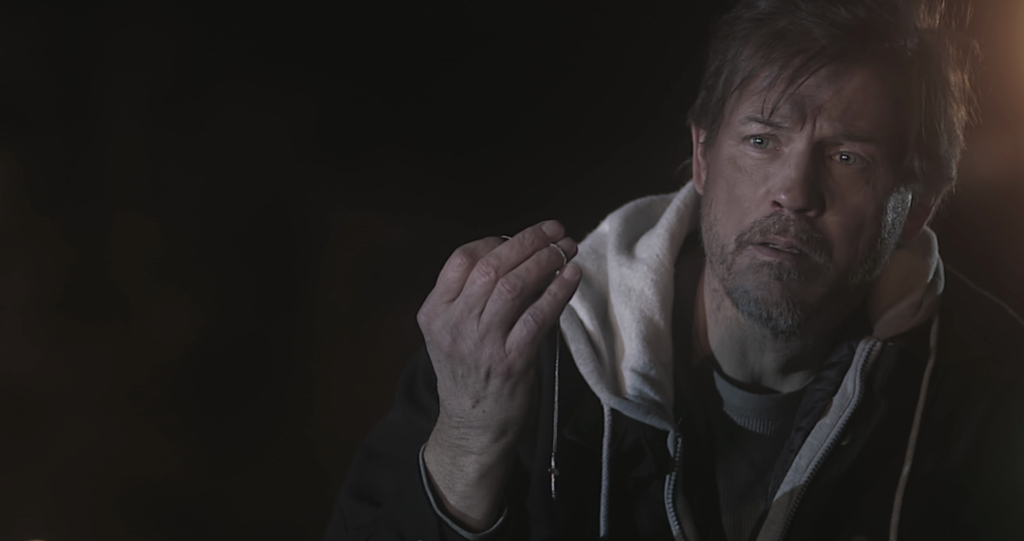 Instead, Pare and director Fallon deliver a slow-moving but haunting psychological drama that captures the heart of a man at his breaking point.

On one drunken evening, Jacobs discovers an unlocked and empty house. Relieved, he decides to bed down for the night. The refrigerator is full of food and booze, the warm bath seems inviting, and the beds are comfortable. But as Jacobs becomes trapped inside an abode that seems to harbor some supernatural power of its own, audiences begin to discover the roots of the character’s sadness and disregard for life. A scorned wife, the promise of a child, an affair with a female neighbor—memories from his past begin to torment Jacob, much like Ebenezer Scrooge was tormented in the classic novella by Dickens.

At one point, Jacobs sees the way his life might have unfolded under different circumstances, and the realization is both touching and tragic. Pare’s performance is subdued and honest, while Bobby Holbrook’s cinematography highlights the religious symbolism behind the story, often marked by a surreal color palette that lends a hypnotic quality to many of the scenes. 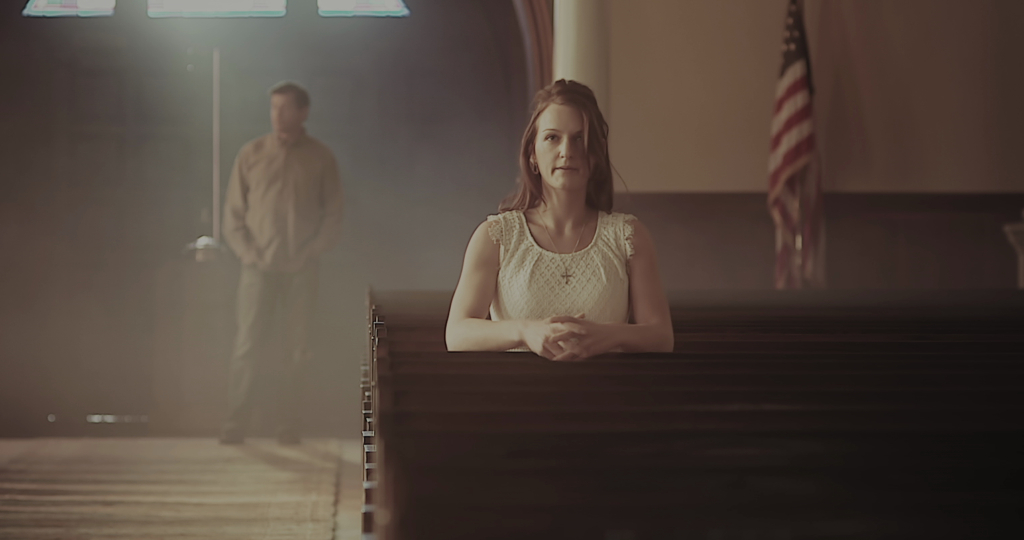 As director and writer, John Fallon seems well aware of his low-key script; though Pare’s performance is outstanding, The Shelter might have faltered had the director not attempted to mix up the imagery and soundscape of the film. Childhood toys, a crucifix on a necklace, a woman standing alone in some wintry and barren landscape, words scratched into a mirror, a statue of Jesus and a crown of thorns—these images and more force the audience to arrange the pieces of Thomas Jacobs’ life until a complete picture develops. Meanwhile, the music from Shawn Knippelberg is doom-laden and eerie, highlighting the personal demons that Jacobs must confront. Wisely restrained and evocative, J. Thomas Wilson’s visual effects work well during the film’s spooky moments.

‘The Shelter’ would certainly qualify as a slow-burn—the film takes its time before Jacobs reaches the house and the true mystery of his past begins to unravel—but the end result is satisfactory and thought-provoking. Both a thriller and a moody thinking-man’s piece, the film focuses on people who make mistakes and then seek salvation as a result.

The Shelter is now available on DVD in North America—the disc includes a video interview with Michael Pare and a video tour of the house location where the majority of the picture takes place.