On the anniversary of Manson’s capture, we look at the unsettling examination of his manipulative control over his female followers in “Charlie Says”.

Mary Harron and Guinevere Turner, the writing-directing duo behind the film adaptation of American Psycho, unite again, this time to examine the lives of the so-called Manson “family.”

Charlie Says focuses on three of the primary female followers of Manson — Leslie Van Houten, Patricia Krenwinkel, and Susan “Sadie” Atkins — and the cruel ways in which their beloved Charlie manipulated them into both sexual subservience and murder. While the narrative framework of the film works well (a reporter visits the trio of women in prison after the Tate-LaBianca murders, encouraging them to open up about their pasts and accept that they were cruelly tricked by Manson), the performances are generally uninspiring, and the script offers nothing new to the multitude of audiences already familiar with the Manson story.

Charlie Says remains true to the Manson narrative as most people know it.

Charlie was a disgruntled musician who sought revenge on those who wronged him. He was obsessed with The Beatles and convinced his followers that a race war was about to erupt in Southern California. Charlie said his “family” would remain safe from the impending violence if they hid inside a bottomless pit somewhere in Death Valley.

The film never addresses the fact that many of these theories have long since been debunked as the cause of the murders. Not that a Manson film can’t stay true to the history that we have been told — but Harron and Turner’s allegiance to the traditional narrative of the Manson story doesn’t make for a very engaging or exciting picture.

The majority of the scenes with Manson (played with little menace by Matt Smith) are dull and generic, failing to capture the magnetic and sinister influence that Manson held over his followers, while the prison sequences elicit little sympathy for Van Houten, Krenwinkel, or Atkins. More often than not, the young women come across as foolish or crazy for ever having subscribed to Manson’s inane teachings. 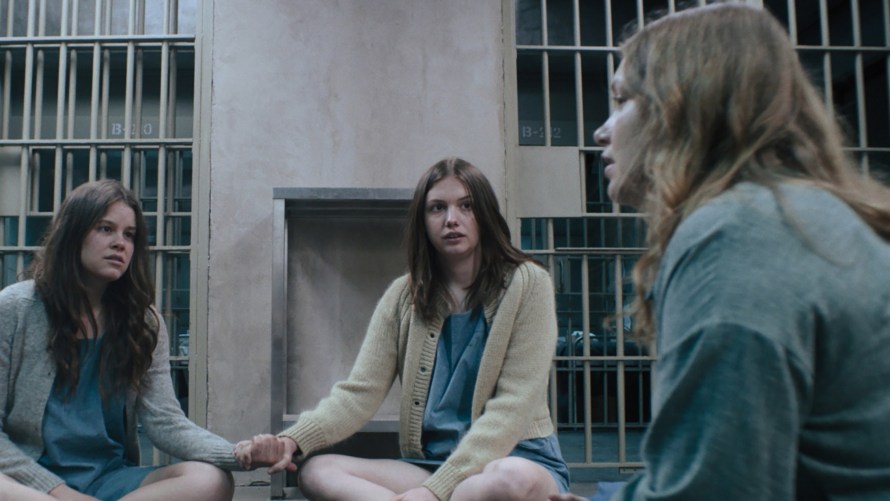 That said, there is an unsettling sadness throughout the film.

And there’s the suggestion that the lives of Manson’s followers could have just as easily gone in a different, more positive direction had they not fallen under a sociopath’s spell.

With their pale faces, musty streetwear, and forlorn songs, the three girls strike tragic figures, and the performances of the actors who take on these challenging roles (Hannah Murray, Sosie Bacon, and Marianne Rendon) are the strongest and most consistent part of the film. 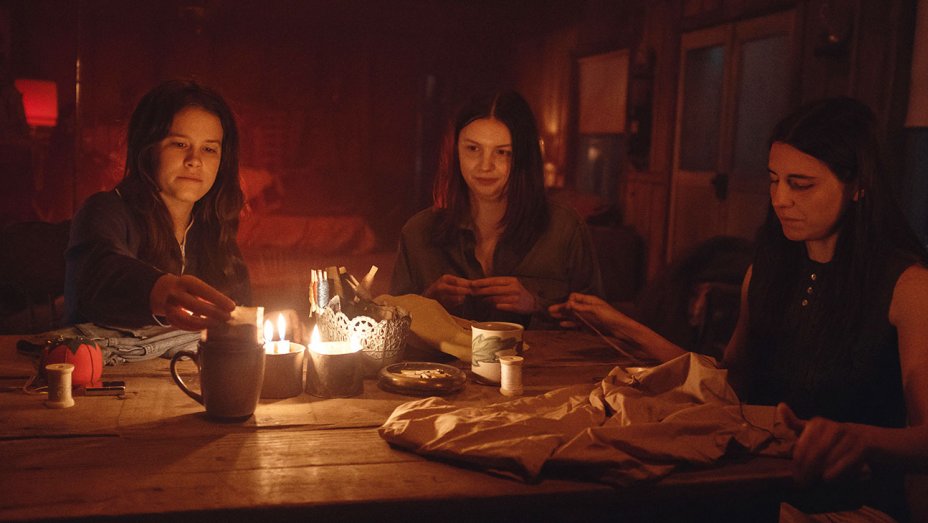 The scenes of the Tate-LaBianca murders are horrific without being over the top.

Although a shaky turn by Grace Van Dien as Sharon Tate subtracts from the emotional impact to a certain degree. Chace Crawford plays Tex Watson with a bizarre detachment that contributes to the meaninglessness of the killings, while Kayli Carter plays Lynette “Squeaky” Fromme with a tragic air of blind servitude and helplessness.

Perhaps the most effective scene in Charlie Says occurs when Charlie performs a song in front of Terry Melcher (Bryan Adrian), a well-known record producer who considers giving the cult leader a record deal. The outdoor audition is a flop. Charlie’s vulnerability is on full display in front of his followers, and the entire scene evokes despair, isolation, and sorrow. That the girls are required to undress in front of Melcher only adds to the unnerving atmosphere.

Unfortunately, many of the scenes in the film do not elicit these same kinds of reactions. 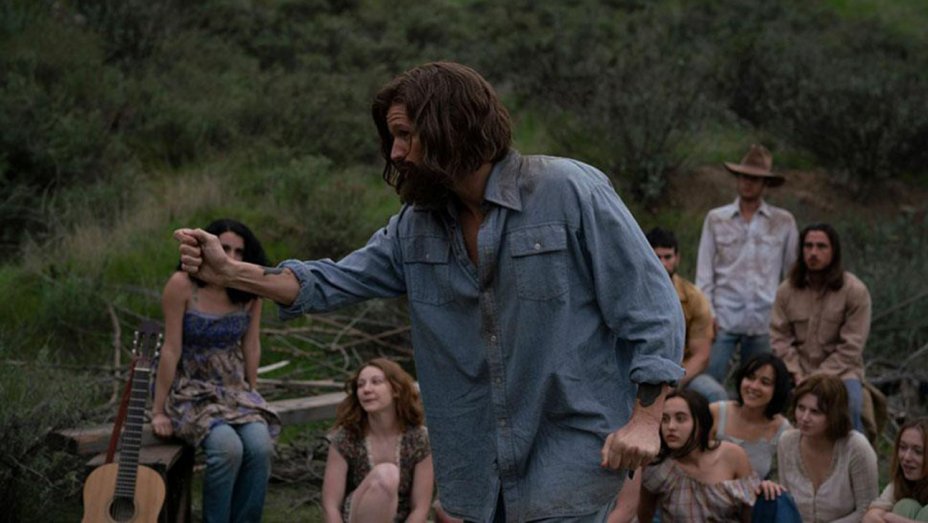 The Blu-ray of Charlie Says, from Shout! Factory, offers a crisp and clear picture, magnifying all the dusty, yet vibrant colors of the Spahn Ranch and the cold, bleak horror of the Tate-LaBianca crime scenes. The bonus features are scant (in fact, there’s really only one, an all-too-brief “making of” featurette in which the cast and crew speak to the objectives of the film). Interestingly, the focus of the featurette is two-fold: the casting of the Manson role and the casting of the three women.

For many viewers, the enjoyment of Charlie Says will come down to just how well they feel the actors inhabited these roles.