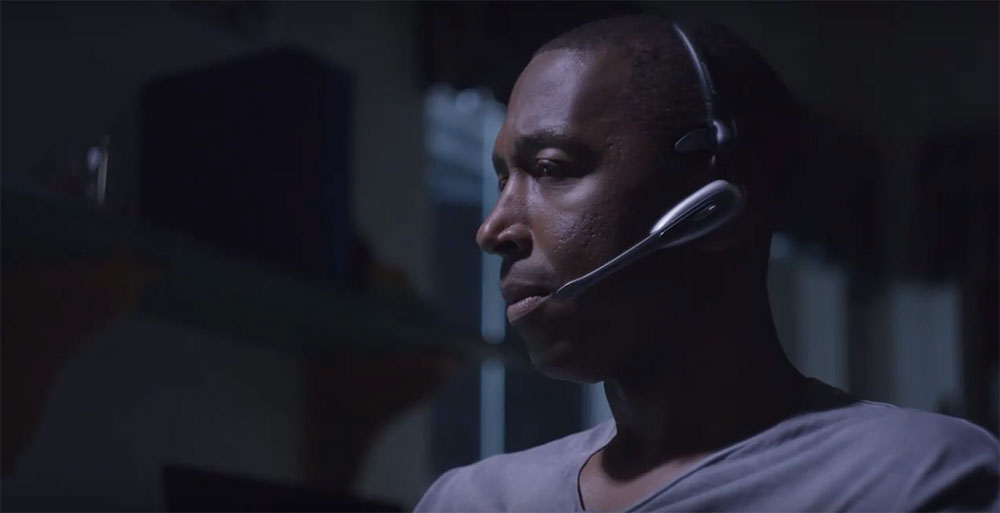 The plot of Crisis Hotline, a rare statement of a film, is interesting — with a strong allure that keeps you hooked with the help of a creepy phone call and an uncovered mystery.

It begins in the office of an LGBT crisis hotline where Simon, a newly recruited counselor, is bored with the everyday clients that call in. Although, he won’t be bored for very long. One night, he gets a call from a young man who identifies himself as ‘Danny’. Simon treats the call as ‘low risk’ until Danny threatens to kill a series of unnamed people before relaying his nightmarish story. 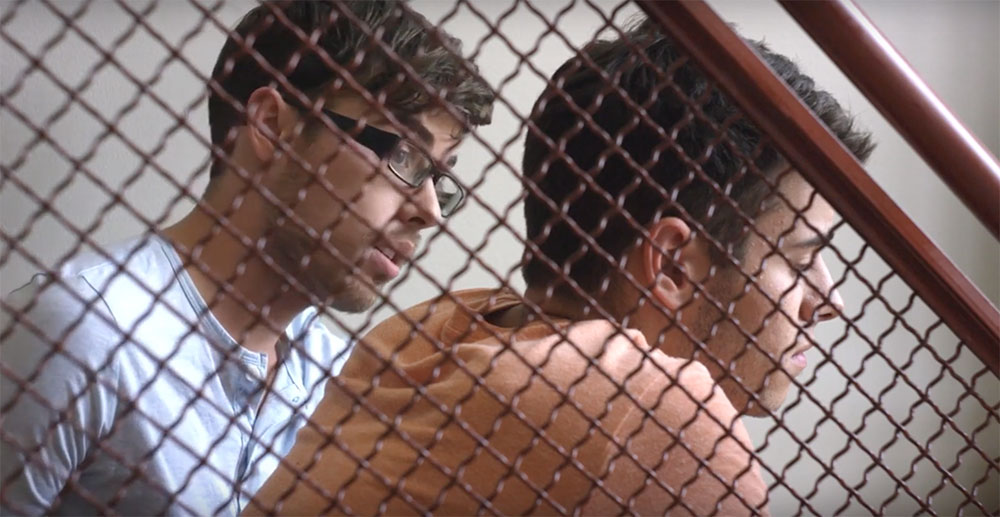 The pacing of the film was generous and effective (although, the progression of Danny and Kyle’s relationship seemed slightly rushed and empty at times). ‘Danny’s’ transition from the creepy voice on the phone to a traumatized victim is progressive and heartbreaking.

His story told through an array of flashbacks where we are left to helplessly watch as an innocent young man is manipulated into a horrific fate.

The hero of this film is its overwhelming atmosphere. 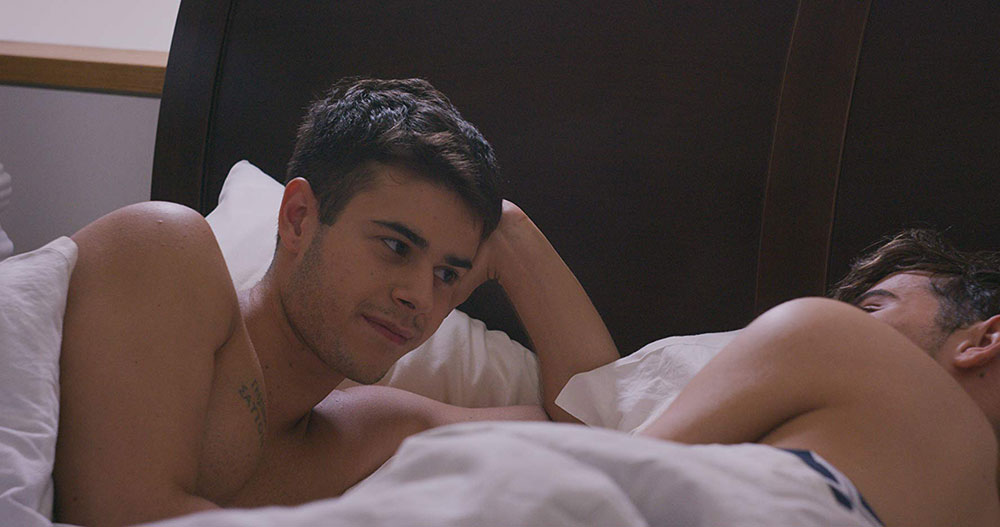 This is pushed by the William Butler Yeats quote that marks the opening credits: “The blood-dimmed tide is loosed, and everywhere the ceremony of innocence is drowned; the best lack all conviction, while the worst are full of passionate intensity.”

The climactic conclusion is as shocking as it is emotionally heavy. 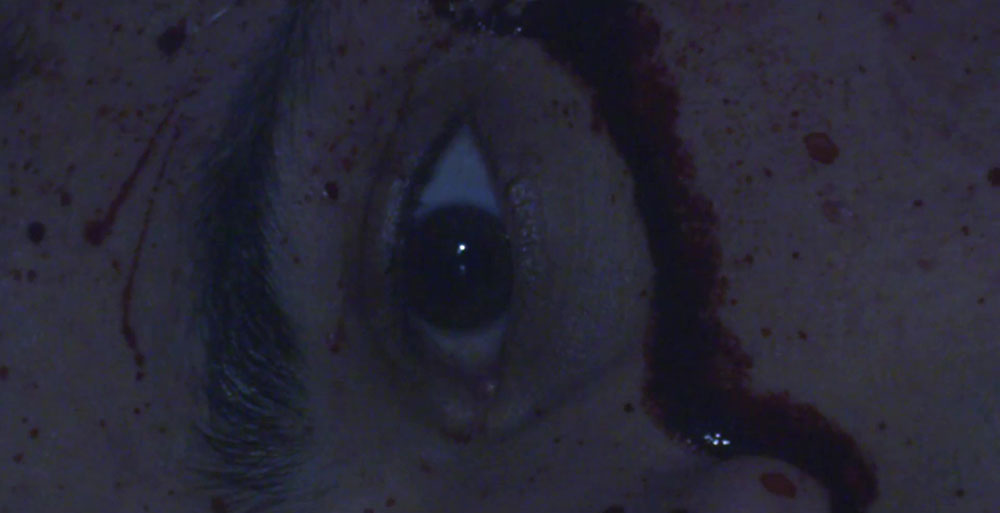 We grow sympathetic for the stone-cold voice on the end of the phone as we come to the realization that Danny had been lured into unwillingly participating in a pornographic video, and in turn has been sexually assaulted by Kyle’s criminal business partners.

The revelation that it is in fact Kyle, not Danny, on the phone, solved a concern I held from the beginning in regards to Danny’s character. I myself was never truly convinced that Danny, a caring and passive young man, would be the kind of person to plan a violent revenge against his attackers. So, the sudden reveal that Kyle was passing himself off as Danny, who’d committed suicide, slides the last puzzle piece of the mystery into place.

It also completes Kyle’s redemption arch, as he turns in the information that would put Danny’s assaulters behind bars. The ending itself was emotional but satisfying. Both Danny and Kyle get the justice they deserve. Yet there is a lingering sympathy for them and Simon, who could not save either of them. 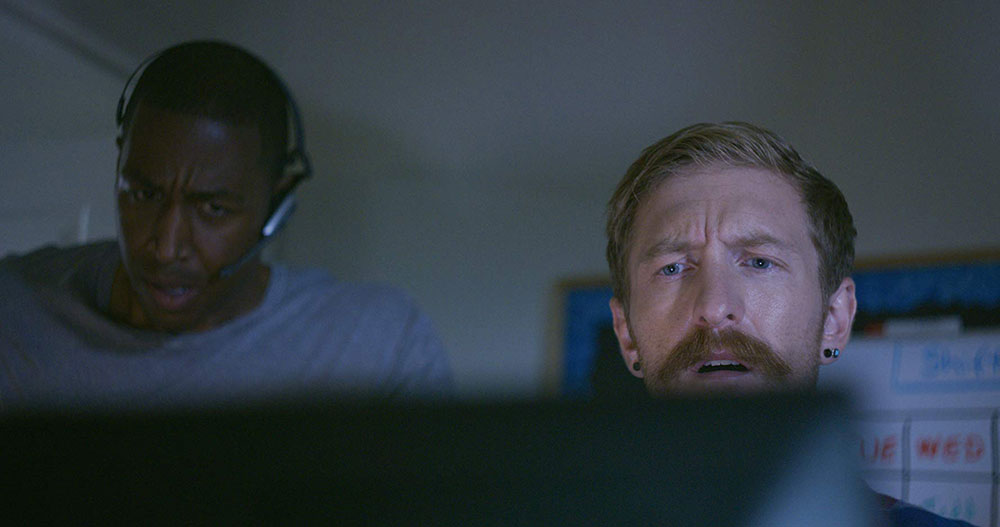 It calls out the twisted word of online sex trafficking, sexual assault and other related crimes, while relating to the horrors the victims must face. It also focuses on many issues the LGBT community endure, such as the exclusion of transition surgery from insurance policies. This makes it an important film for those willing to dig and find out more about these issues post-credits.

The plot is consistent with no gaping plot holes, the characters are distinguished with a fixated purpose and in-depth personalities, and the atmosphere draws us into the thick mystery that both hooks and horrifies. Be sure to check this one out.

(And if you find yourself in need of support or someone to talk to, I’ve included a few important LGBTQ hotline resources below.)

Written and directed by Mark Schwab, and produced by Diamond in the Rough Films, Crisis Hotline arrives on digital and DVD June 11 from High Octane Pictures.