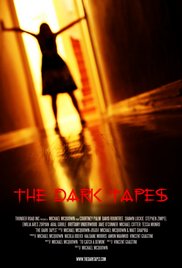 The Dark Tapes is a found footage horror movie anthology written by Michael McQuown. It features three short horror films along with a wraparound story, which is divided up into segments and presented between each of the three shorts. All of the shorts (including the wraparound) focus on tales of the paranormal and dark, demonic forces.

McQuown directs each of the three shorts, and Vincent J Guastini handles the wraparound segment entitled “To Catch a Demon”. This film marks the directorial debut for both McQuown and Guastini.

I know what you’re thinking. “Haven’t I seen this before?” Yes, this is clearly a film deeply inspired by the popular V/H/S series, with many similarities in style and structure. However, The Dark Tapes definitely holds its own amidst the increasingly crowded subgenre. It differentiates itself with its creative, sometimes legitimately terrifying, storytelling and innovative plot twists that lend a refreshing take on well tread material.

I reviewed a screener of a pre-release version of the film that is still in production. It was stressed that more work still needed to be done on the film, specifically with regards to the creature effects. However, had I not received this note, I wouldn’t have been the wiser. Even in its “rough cut” state, the film looked great. I was particularly impressed with the practical effects, which looked exceptional for a low budget film. 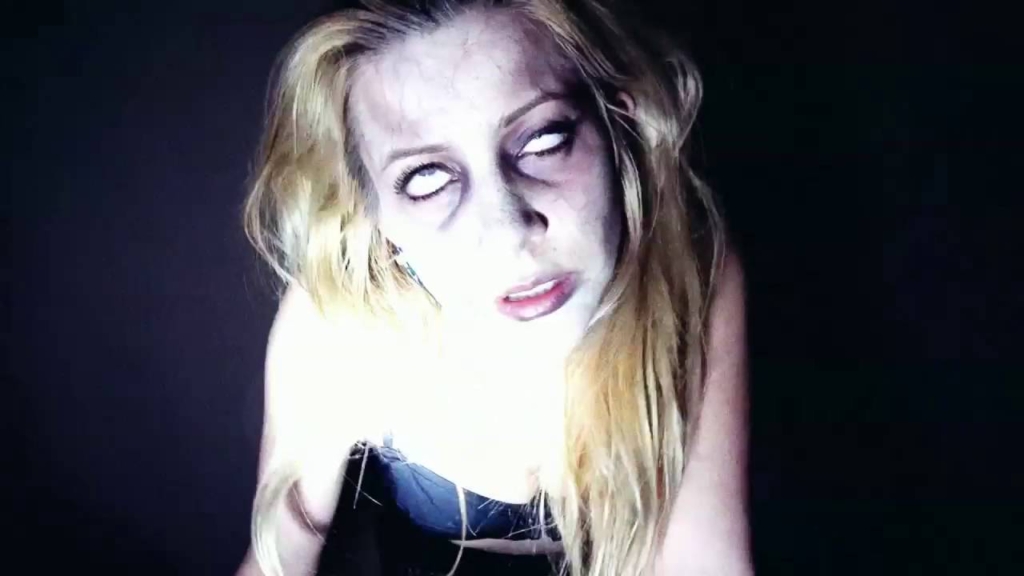 Unlike many other anthology films that tend to be all over the place with quality and tone, The Dark Tapes contains stories all written and, for the most part, directed by the same person. Thus, there’s a consistency here that is lacking in so many other films.

I don’t want to say too much about each of the individual segments, as they’re all fairly brief, and much of the viewing pleasure comes from not knowing what’s going to happen or exactly where each short is going. There are pleasant twists and turns along the way that really pay off quite nicely.

For example, the first short (following the introduction of the wraparound segment) is called “The Hunters and the Hunted.” It follows the story of a young loving couple after moving into their dream home — only to discover something is not quite right in their happy new home. It’s a story you’ve seen a million times, and you’ll likely find yourself being more than a little reminded of 2007’s Paranormal Activity. However, stay with it… because this one is definitely not what you’re expecting. 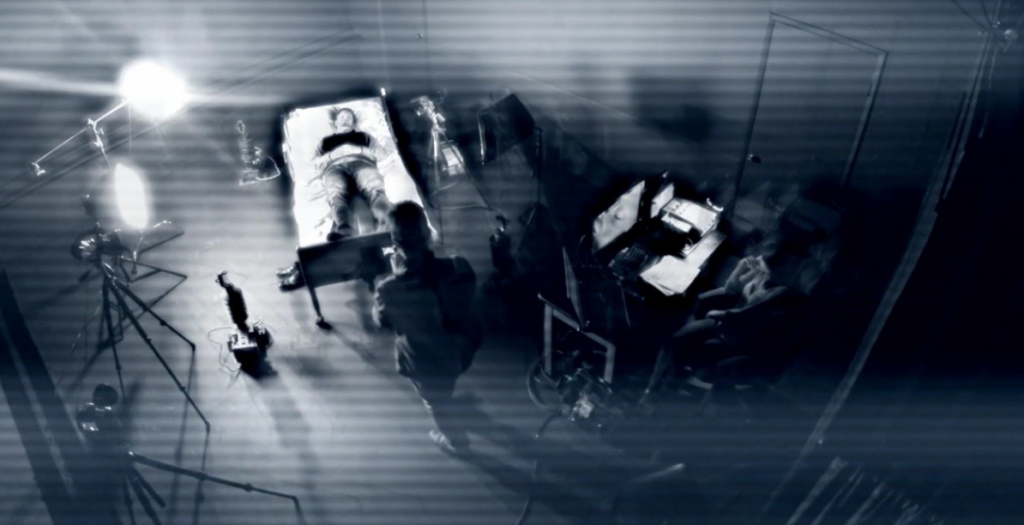 The wraparound story is one of the strongest I’ve seen in this type of anthology format, and it’s certainly a highlight of The Dark Tapes. It’s unique, engaging, and exceptionally well crafted and acted. It even boasts some solid special effects. I won’t give away too much here, but I really appreciated the clever way they integrated what sounded like legitimate science into a tale of the paranormal. It really helped ground the story and made it believable, in spite of the outlandish premise.

McQuown and Guastini do a masterful job bringing the story full circle, with a great ending that helps bring unsettling closure to the introduction — resulting in a rather terrifying tale that definitely leaves an impression. Cortney Palm (star of the upcoming film Death House), who plays the analytical doctoral student Nicole in the story, truly shines here. This wraparound is a great anchor for the entire film, while also working quite well as a standalone story in its own right.

The other two shorts in the film, “Cam Girls” and “Amanda’s Revenge”, are also well done and enjoyable. “Cam Girls” is a story told entirely via recorded online video chat sessions. Emilia Ares Zoryan is charming and convincing as Caitlin, artfully portraying both her more conservative and innocent side as well as the more daring and sexualized aspects of her personality. Once again, McQuown delivers a great climactic ending, something that is sorely lacking in the majority of horror shorts… and even typical feature length genre films. 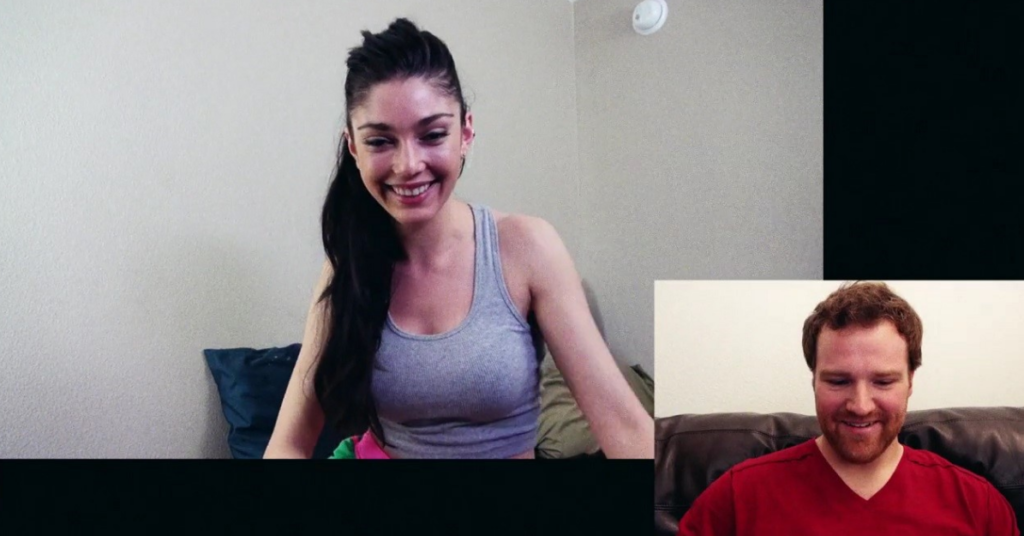 “Amanda’s Revenge” follows a woman who is experiencing nightly abductions of an unknown origin. Britanny Underwood is great as the beleaguered Amanda, who will stop at nothing to identify the source of her torment and regain her freedom. Jake O’Conner is great as the exceptionally patient and supportive friend who sticks by her side, no matter how weird things get.

In a rather clever twist, Amanda makes use of 1950s era wind-up camera and a 1920s Victor Talking Machine to capture evidence of the abductors, who can apparently disable any modern electrical recording equipment. This makes for a unique viewing experience, highlighting some really innovative filmmaking techniques.

Clearly, found footage films are not for everyone. Oversaturation, combined with numerous disappointing and uninspired entries in the sub genre, has led to viewer fatigue — even for fans of the filmmaking approach. The same can be true for anthology films. If this is not your cup of tea, I don’t know that this film can convince you otherwise. However, if you enjoyed the V/H/S trilogy, or films like Paranormal Activity, I think you’ll find a lot to love with this one. 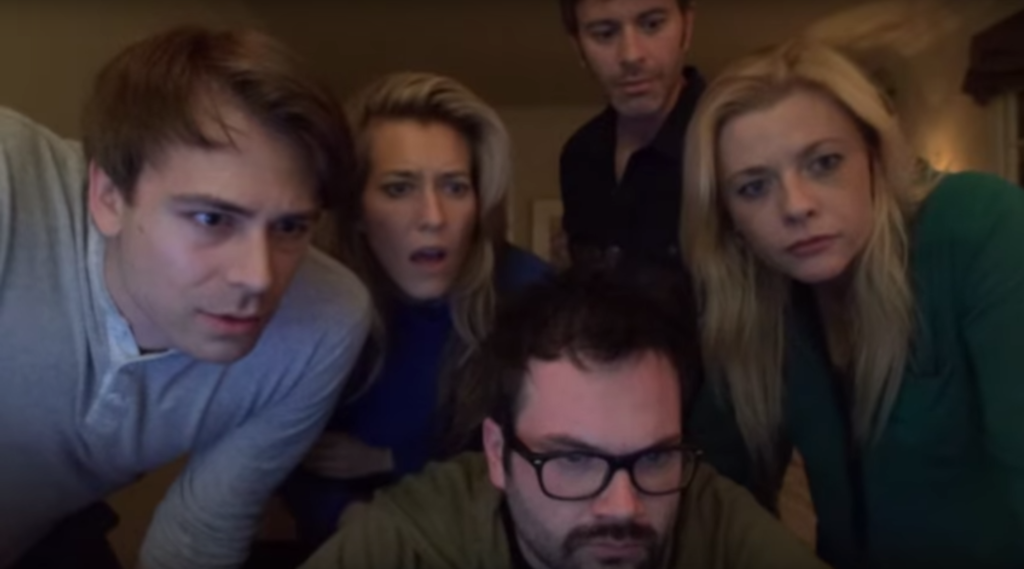 Of course, it’s not a perfect film. One technique used in super low budget found footage films is to incorporate a lot of noise and distortion to mirror the effect of an old, scratchy VHS tape. This helps give it some authenticity, while having the added benefit of masking low budget special effects. It allows the filmmaker to hide some of the less polished bits, which would look glaringly bad in high HD, distracting the viewer from what doesn’t quite work.

While this is a rather creative and intelligent way to make the movie look bigger than it is, it can wear thin. In the cut I saw, the glitchy film technique felt a tad overused and interfered with what I thought was actually some pretty great filmmaking and acting on display.

Like most anthology films, you’re likely to appreciate one or more of the shorts more than the others. As I mentioned before, “The Hunters and the Hunted” feels a bit derivative through most of it and may echo Paranormal Activity a bit too much for your liking. “Cam Girls” has a rather lengthy setup, and you may find the ending falls a bit short for all the tense buildup. And “Amanda’s Revenge” is one of the stranger segments that has, for me, the most unsatisfying endings.

With that said, this is definitely one I’d recommend checking out. On the whole, I greatly enjoyed it and found it refreshingly original in spite of the overdone format. Director Michael McQuown makes an impressive debut, and I’m eager to see what he does next. I’m a fan of anthology films, but rarely have I seen one that featured such innovative and thoughtful storytelling, strong acting, and impressive cinematography.