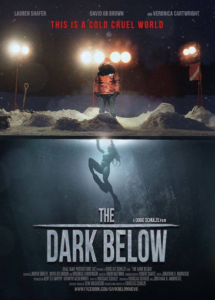 “Silence is the most powerful scream.”

A woman is strangled and drugged. She awakens in the middle of a frozen lake, a man forcing scuba diving gear onto her. In front of her is a hole that leads into the beyond freezing temperatures of this cold winter’s day. The man straps an oxygen tank onto her back and tosses her in. She is now trapped under the ice with an oxygen tank with very little air left and must choose to either fight for her life or succumb to the cold. 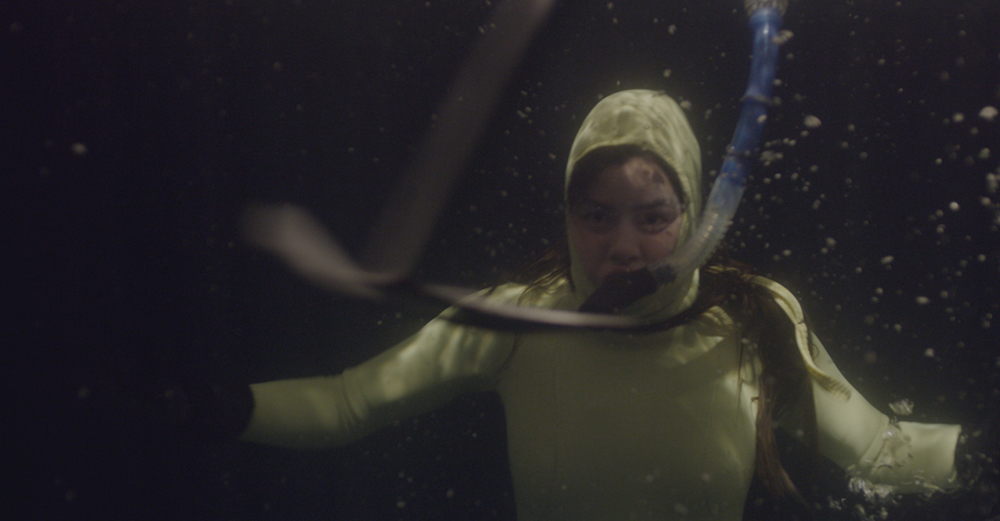 Written by Doug Schulze and Jonathan D’Ambrosio and directed by Schulze, The Dark Below stars Lauren Shafer and David G.B. Brown. This film is an ambitious, interesting piece. Told from the perspective of Rachel and her attacker Ben, the film jumps back and forth between agonizing scenes of Rachel trapped beneath the lake and how she came to be there. The flashbacks allow us a glimpse into the life of Rachel and Ben and how they met. Only three words are spoken throughout the film, allowing you to fully process and feel what is happening. While this is pretty neat, it makes for quite a lonely watching experience. You don’t lose anything from the story by not having dialogue, but I also don’t think it enhances it in any way.

Shafer and Brown deliver incredibly strong performances, which is good because obviously this movie relies entirely on them. Shafer was captivating, and I was rooting SO hard for her the entire time. Brown was terrifying in that sort of handsome, subtle way. And the two of them together felt believable and intense.

This movie delivers on claustrophobic in a whole different way. Think ‘The Descent’ but completely under water. There are scenes where Rachel finds an air pocket under the ice and gasps for breath, clinging to the top of the lake. It’s horrifying to watch, and you feel breathless and panicky. It’s incredibly well done and plays more on you mentally than any sort of physical jump scare. Even the violence, while minimal, actually feels enhanced in this quiet, dangerous film.

LOVE IT OR LEAVE IT?

What The Dark Below has is commitment. And, while there are a few flaws, WHO CARES?! This movie is unique and refreshing for the genre, and I had a lot of anxiety-ridden fun while watching it.

I would give it a solid 8/10 and recommend to anyone looking for something new and quiet in the horror genre.

Now I need to go take a very hot bath because this movie chilled me to the bone.

The Dark Below opens on March 17th in Los Angeles and March 24th in New York City.