The idea that man is the greatest monster of all is not a new trope in horror, but it’s mined for all it’s worth in the cheerless “Antlers”. 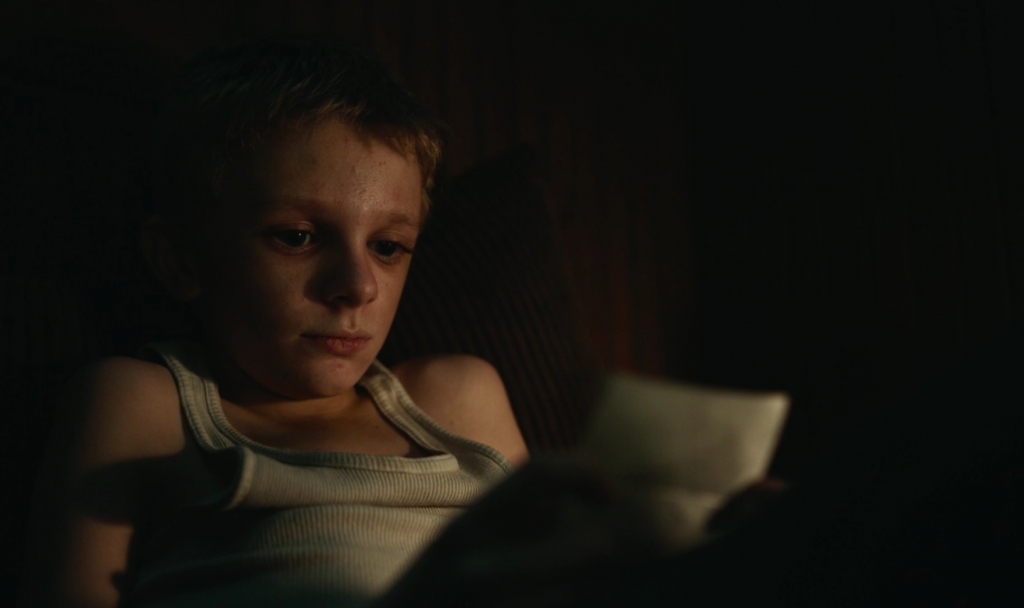 I recently read an article bemoaning the rise of ‘elevated horror’ and longingly recalling the days of mindless slashers with nothing to say and no agenda, other than to thrill and terrify. If that’s a perspective that resonates with you, steer clear of Antlers — a film that’s as heady as it is haunting.

In the film’s intense opening minutes, I was immediately struck by how atmospheric and dread-inducing Antlers is, which is exactly what most horror fans were hoping for from the long-awaited supernatural thriller produced by (among others) the celebrated auteur Guillermo del Toro.

However, it’s not long before the film reveals the true natures of its dark heart — and this chilling creature feature becomes a bleak exploration of human trauma.

I don’t say that to disparage what is ultimately a moody, unsettling, and deeply affecting horror film. On the contrary, I found this stunningly beautiful (thanks to the brilliant work of cinematographer Florian Hoffmeister) but oppressively grim outing to be quite a rewarding experience.

Yet, the mileage you may get from watching it will vary, as evidenced by the film’s polarizing reviews. 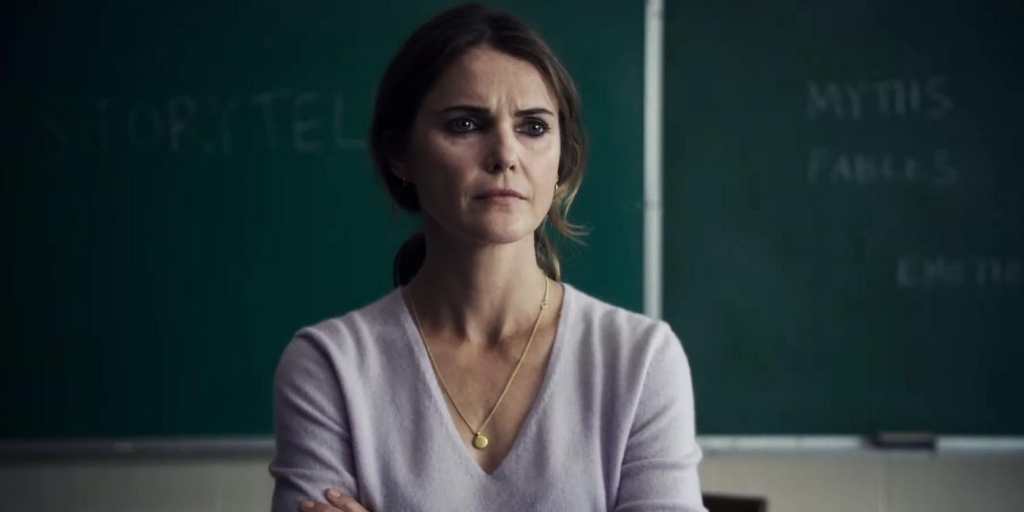 Adapted from the short story “The Quiet Boy” by Nick Antosca, Antlers is set in a decaying industrial town in small-town Oregon, where every resident seems to shuffle through a hopeless existence sustained by substance abuse or mournful detachment.

Julie Meadows (Keri Russell) has reluctantly returned home following her father’s suicide to stay with her brother, Paul (Jesse Plemons), the town’s new sheriff. She’s been away for years and struggles with guilt over escaping an abusive home but leaving her baby brother alone in a house of horrors.

It’s no secret that Lucas probably doesn’t have the most supportive and nurturing home environment, but Julia suspects the threat to Lucas’ well-being is even more severe. A survivor herself, she believes she is distinctly qualified to recognize the tell-tale signs of abuse in Lucas. The problem is no one, not Paul or the school principal Ellen Booth (Amy Madigan), puts much stock in Julia’s hunches. Still, that doesn’t deter her from relentlessly pursuing the truth. 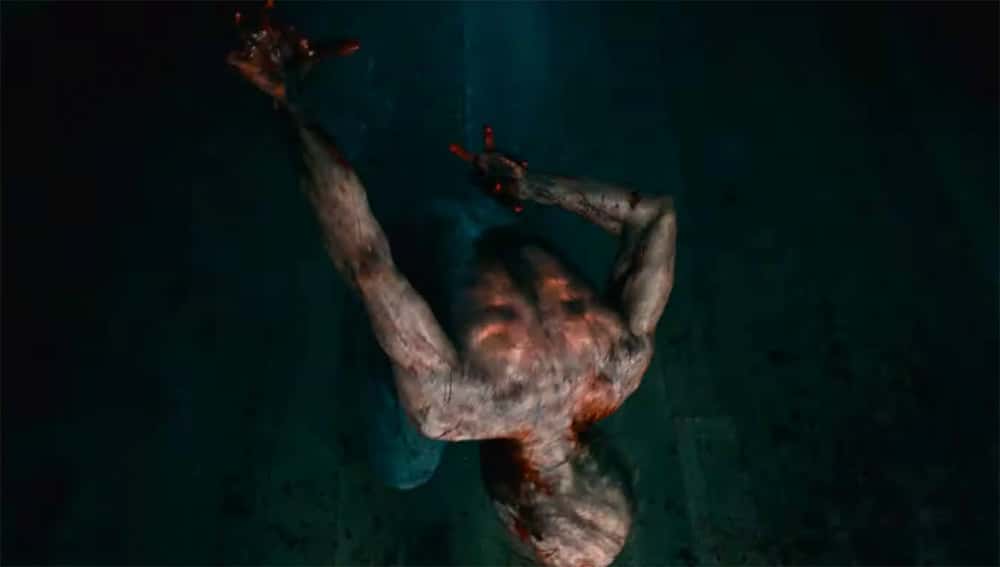 While working in a makeshift meth lab in one of the town’s abandoned coal mines, Lucas’ father Frank and a colleague were attacked by an unseen creature, as shown in the film’s terrific mood-setting opening. Since then, his body and mind have physically deteriorated in horrific ways. Now almost feral, he feeds on animal flesh his son is forced to provide and must be kept locked behind a deadbolt.

Sadly, Aidan has also been infected and is now forced to stay locked away with the boys’ monstrous father — leaving Lucas terrified and alone, torn between self-preservation and familial loyalty.

Eventually, we learn more about the source of the town’s terror. Frank has been possessed by the spirit of a wendigo, a mythological creature from Native American folklore that appears as a ravenous, cannibalistic spirit. Appearing as a living embodiment of the rotting earth from which, it arises, the beast has been awakened due to the atrocities humans have inflicted on the land.

While that may lead you to believe this is a social horror film about environmental destruction, that’s only one small piece of the puzzle.

Ultimately, this is a film about generational trauma and its devastating effects. It’s about abuse — of ourselves, of each other, and of our planet.

There are scares to be had in this slow-burning, character-focused horror, though Cooper focuses primarily on immersive atmosphere and foreboding dread. 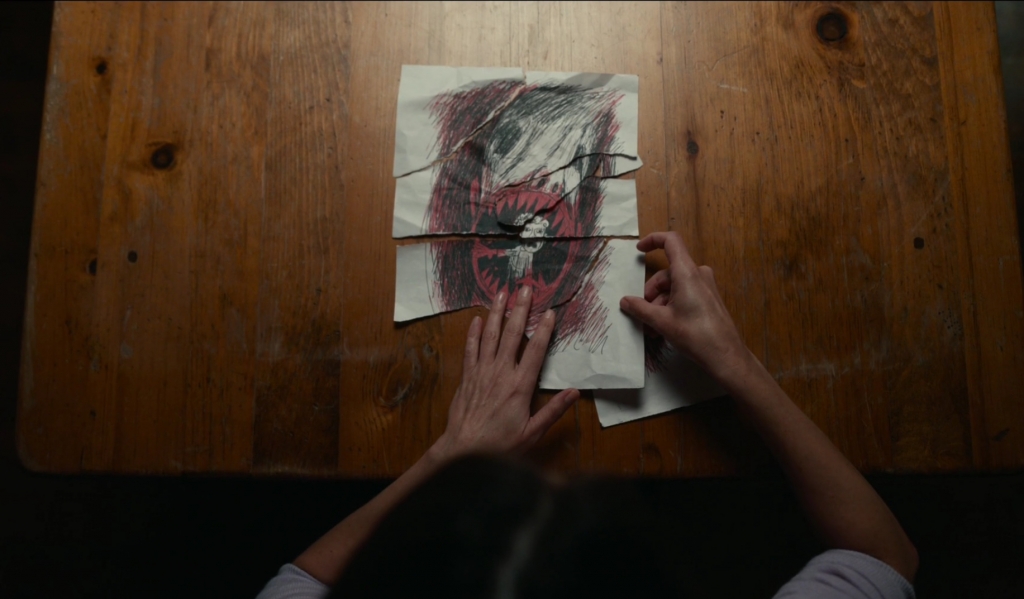 Reveals are slow and calculated. Cooper only shows what he needs to. The understated score by Javier Navarrete, paired with the film’s unnerving sound design, adds to the unrelenting tension.

While the beast remains mostly in shadows until the film’s staggering conclusion, the wendigo is an impressive creation. And while I fear horror purists may be turned off by the film’s more dramatic focus, it’s far from devoid of truly horrifying and stomach-turning imagery.

Admittedly, however, the film does a lot to evade widespread appeal. From the start, in not-so-subtle ways, Antlers makes it clear it intends to be about something.

Overwhelmingly gloomy and nihilistic, the film is far more concerned with mining the depths of human tragedy and despair than wowing with its rather impressive but little-seen creature effects and jolting jump scares. Tackling such unpleasant subject matter as child abuse, poverty, drug addiction, bullying, environmental devastation, and a pervasive feeling of hopelessness, Antlers is by no means a fun watch.

And don’t expect to see any of del Toro’s trademark whimsy and fairytale magic infused into this somber affair. Writer/director Scott Cooper, making his first foray into the world of horror, goes straight for the jugular and never relents. There’s no humor to lighten the mood, no sense of playfulness. There’s not a single ray of light to cut through the darkness and ease the burden of your discomfort.

This is a film about suffering, and to its credit — and perhaps, a bit to its detriment — it hits the proverbial nail on its head, with blunt force trauma.