Subversive and challenging, “Female Touch” explores — and pushes — the boundaries of sexual identity and expression in a patriarchal and religious society. 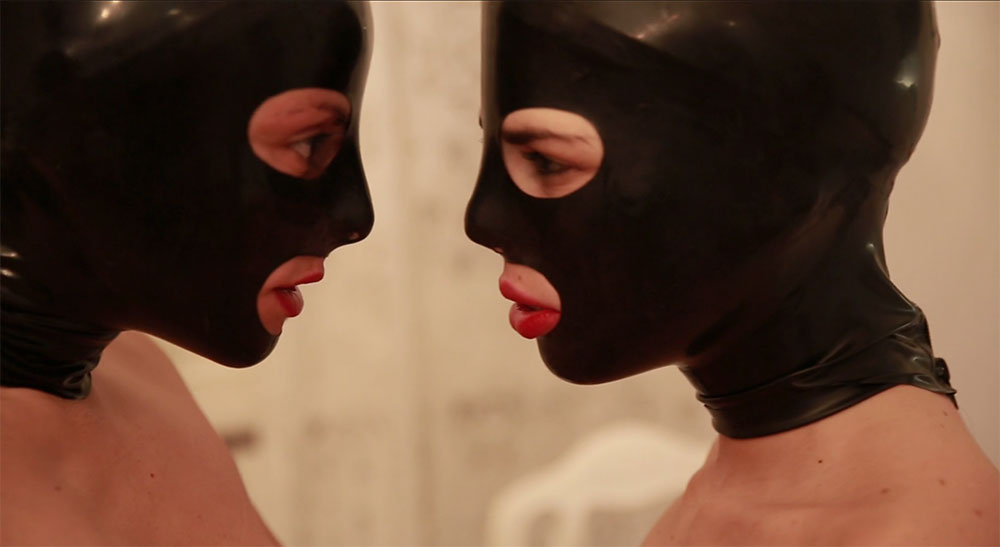 Whereas Sexual Labyrinth was a startling and profound, but deeply disorienting viewing experience, Female Touch felt very much like a continuation of the thought-provoking ideas and shockingly unsettling imagery explored in Mayer’s first film.

Released by Aborsky Productions, the company behind the surrealist, post-porn film BEYOND MADNESS, as well as Mayer’s directorial debut, SEXUAL LABYRINTH, FEMALE TOUCH is intended as a fierce criticism of religion and contemporary society, especially as it applies to the often subjugated female and the persecuted queer and transgender community. 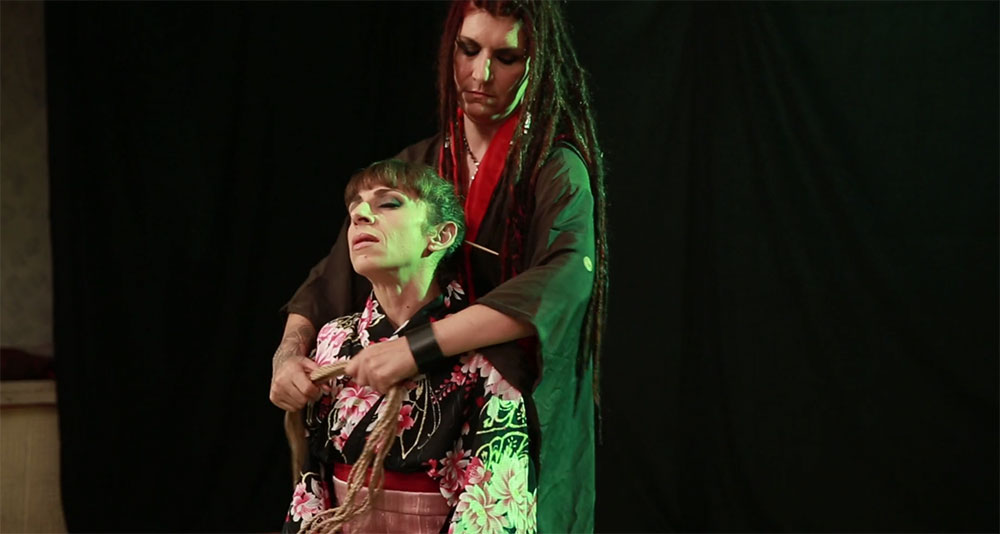 However, the purpose isn’t really to titillate, but rather to challenge cultural, political, and religious/moral views on sexuality — specifically female and LGBTQ sexuality — and sexual expression.

There’s no real plot to speak of. A woman returns home after a long day at work and prepares a relaxing bath. As she bathes, she begins to indulge in a series of unconventional and taboo sexual fantasies. At once repulsed and excited by these mental images, she masturbates to the point of orgasm.

Female Touch opens on an intense scene involving the squeezing and repeated beating of exposed male genitalia. Meanwhile, a voiceover explains the frustrations of women living in a patriarchal society, the desire to overthrow a government and culture that diminishes and degrades women, and the hatred of men often born out of resentment and rage.

Even as a female viewer, this excruciating scene lasting over four minutes was extremely uncomfortable to watch. Of course, that’s entirely the point. 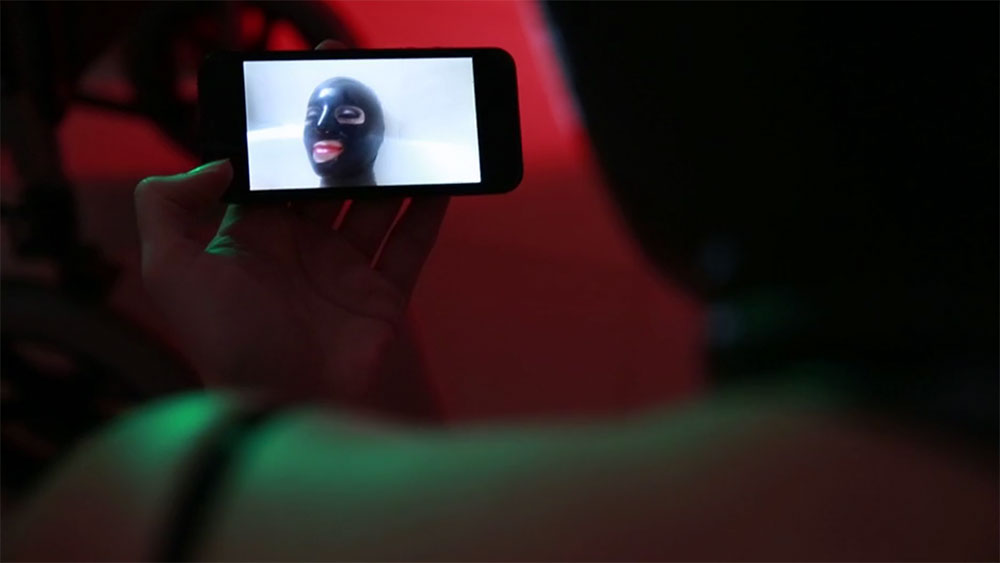 Billed as a “blasphemous, dreamlike film that offers a vision of the original and queer woman,” the film seeks to create dialogue through discomfort.

There is a concerted effort among the counter-culture filmmakers like Mayer who screen their films at the event to reclaim the word pornography, which has only a subjective definition very much reflective of changing community standards.  These filmmakers ask, “Where is the line between eroticism and pornography, between art and perversion? If such a line exists, who gets to draw it…and when is it morally and culturally imperative to cross it?” 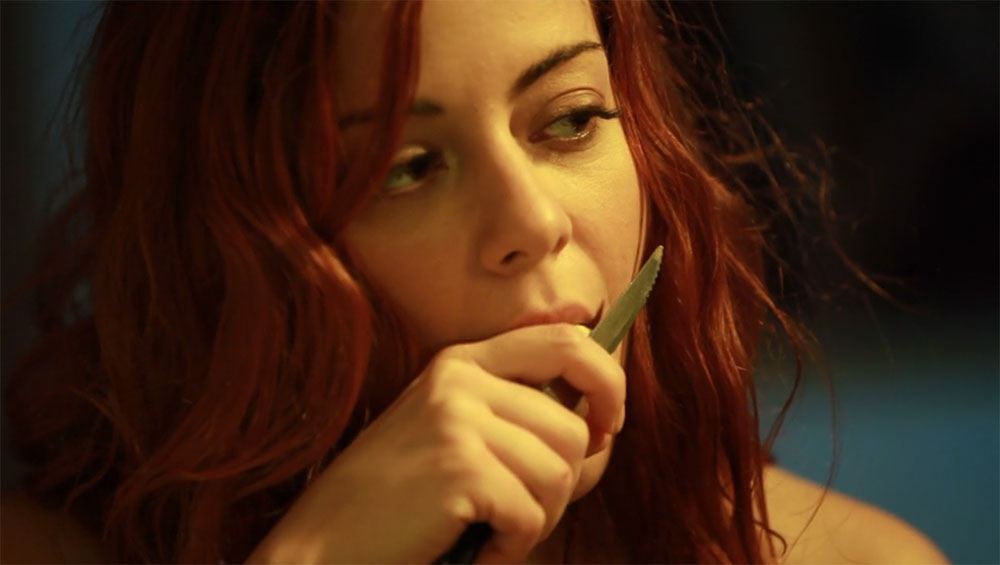 Historically, pornography has become a powerful vehicle for social and political protest.

Pornography provided a vehicle for the exploration of daring ideas that were condemned by both church and state, including sexual freedom for women as well as for men and the practices of contraception and abortion. Perhaps the most important author of socially radical pornography was the Marquis de Sade, whose books—notably Justine (1791)—combined sexually explicit scenes of group sex with long philosophical debates on the evils of property and traditional social hierarchy.

Ffollowing in this tradition, Female Touch is about stripping away the subjective religious and political constraints and taboos we place on sexuality — honoring and celebrating a free flow of individuals in their most natural and primal state. 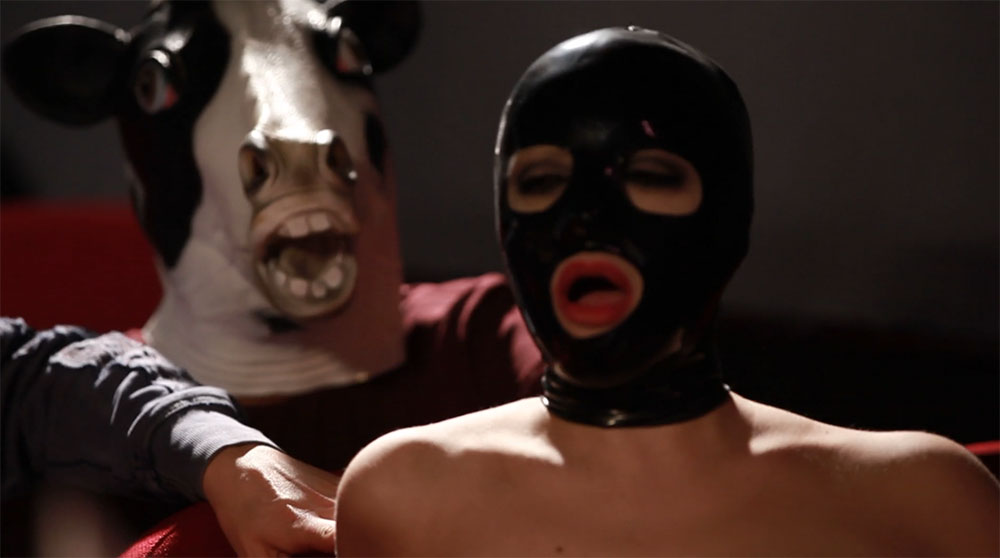 In the words of the filmmaker:

“The basic theme is the imagination. Inside the imagination you can say anything, you have no limits. The true, profound freedom that each of us has, that is left to him, is his own mind. The fact that you can stay at home, alone, and think about what you want without anyone telling you if it’s right or wrong. Being able to express this freedom in the cinema is what interests me.”

As interesting and thought provoking as Female Touch is, I’m not entirely sure who the intended audience is for a film like this — with its strange combination of surreal and graphic sexual imagery, combined with its overt condemnation of modern politics and religion. Towards the end, anyone even remotely religious is likely to be deeply offended. Again, however, that’s entirely the point. 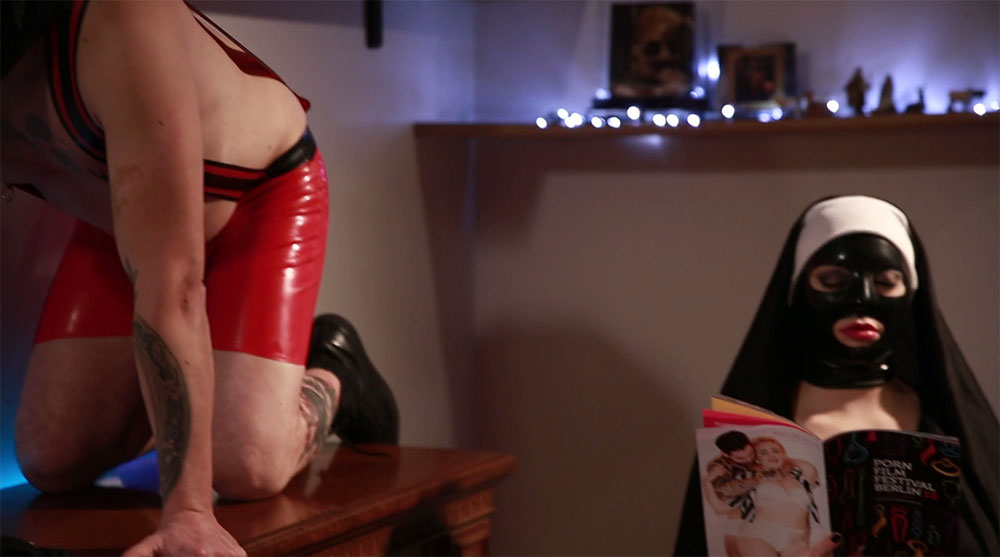 This is not a film you watch to be entertained…or even aroused. It’s an interesting watch, for the sheer audacity of its boldness and subversive intent. And it may hold appeal for secular free thinkers tired of religious oppression, or anyone who has felt persecuted as a result of their gender or sexual identity.

Female Touch is dedicated to the cinema of Alberto Cavallone, the surrealist/erotic Italian filmmaker. And you can click here to watch the very NSFW trailer (mature audiences only).