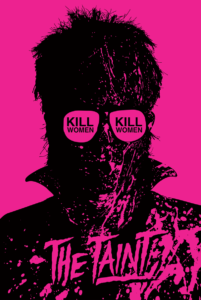 THE TAINT is a 2010 independent horror-comedy from Drew Bolduc and Dan Nelson, released by Troma. Drew described the film as, “The ultimate sexually-frustrated-male-nerd emotional-masturbation-release film, done in the style of an 80s horror-comedy.” An extremely low budget production made by Virginia college students, this movie is truly impressive in what it’s able to accomplish with so little.

Now, there are two types of people in this world: those whose eyes roll when they hear the word Troma… and those whose eyes light up. If you find yourself in the first camp, this movie may not be for you. If, however, you’re like me and belong to the latter group of Troma devotees, you’re in for an absolute treat with THE TAINT.

This movie is everything that’s great about classic Troma films, as well as the films of Frank Henenlotter and John Waters. These are the delightfully sleazy and over-the-top, balls-to-the-wall gonzo fests overflowing with wonderfully excessive amounts of gratuitous sex and gore. It’s the kind of pure cinematic fun that revels in its own intentional absurdity — subverting every notion of good taste and decency, while still retaining a good-natured sense of playfulness. 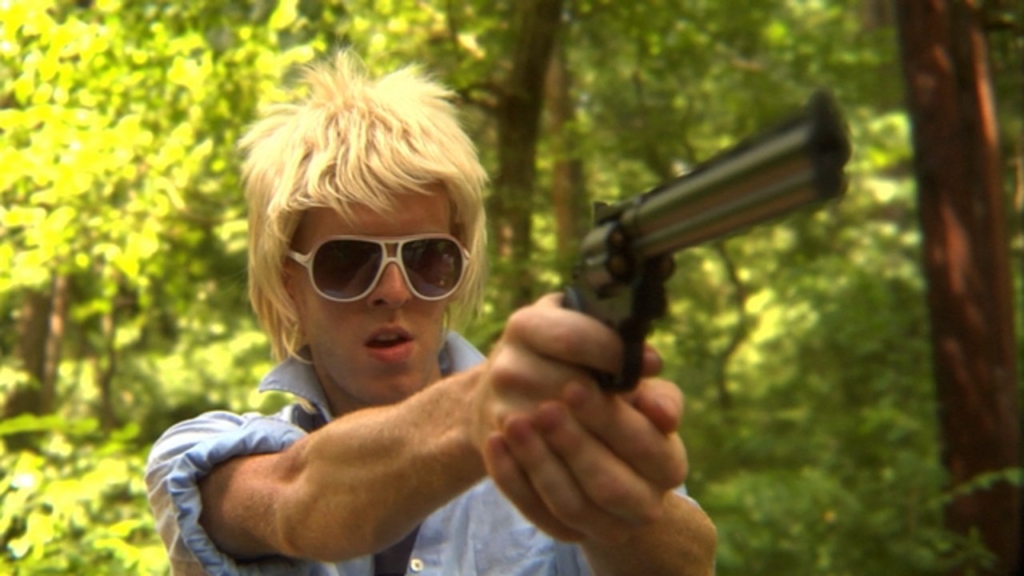 THE TAINT is careful to clearly broadcast both its audience and its intent very early on. First, there’s that cheeky title. It refers to the experimental male enhancement drug that has found its way into the water supply, tainting the water and turning all men into women-hating, zombie-like killers.

The movie starts with a synth-backed VHS style intro straight out of 80s, followed by a rather artsy black and white montage where we get our first shot of close up boobs (less than five seconds in). Within the first few minutes of the movie, you’ll have seen a severed penis, a decapitated head, an old man defecating in his pants, a man urinating in the woods, and profuse (sickeningly realistic) amounts of vomit. If you’re still with the movie at this point, you’re likely to really enjoy the rest of the ride.

The filmmakers know exactly who is watching this movie and exactly what they came for, and they waste no time getting to the good stuff. At only just after six minutes in, we already get introduced to one of the ‘tainted’. Then we begin to fully understand just how fearless these filmmakers are and just how batshit crazy this movie is about to get. So let’s just get this out of the way in the most delicate way possible. The drug that has been dumped into the water supply by an unscrupulous drug company is designed to significantly enlarge the male penis and the volume of ejaculate. To that end, it works wonders. Unfortunately, it has a rather nasty side effect — turning all men into misogynistic killers who enjoy bashing women’s heads in with rocks.

The infected males wander around like zombies, with their enlarged and engorged penises on full display. Apparently, the idea of killing women is a pretty big turn on. So, not only do we get lots (and LOTS) of exposed penises (something you rarely ever see in film), but we also get copious amounts of male ejaculate. 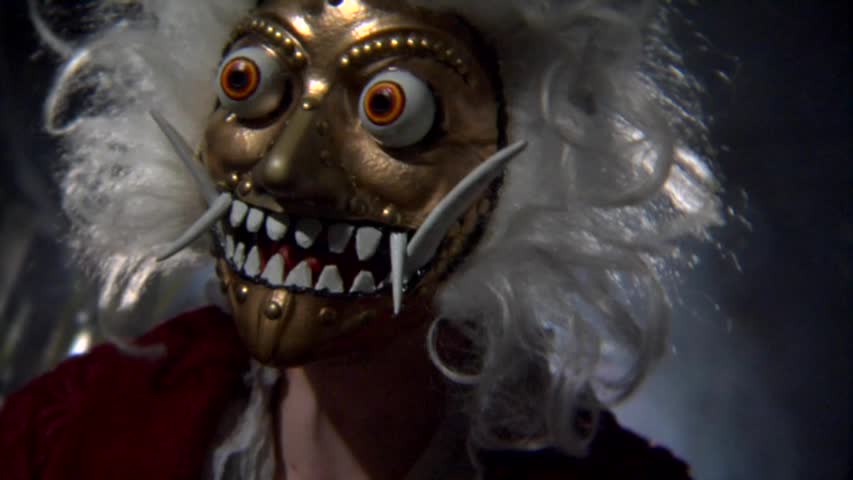 All of this culminates in one of the most horrific yet side-splittingly hilarious, utterly unforgettable finales I’ve ever witnessed. I won’t spoil it here by describing what happens. But trust me when I say it’s unlike anything you’ve ever seen or are ever likely to see again.

While it’s easy to paint this film as misogynistic, given its content and extreme violence against women, it’s much more of an ironic commentary on a genre that revels in exploiting women as both objects of violence and sexual gratification. This movie takes that concept to the extreme. And the men portrayed in the film are truly monsters, both literally and figuratively. Even the male “hero” is fairly loathsome, while the female lead is portrayed as a smart, tough as nails heroine (think Ellen Ripley). 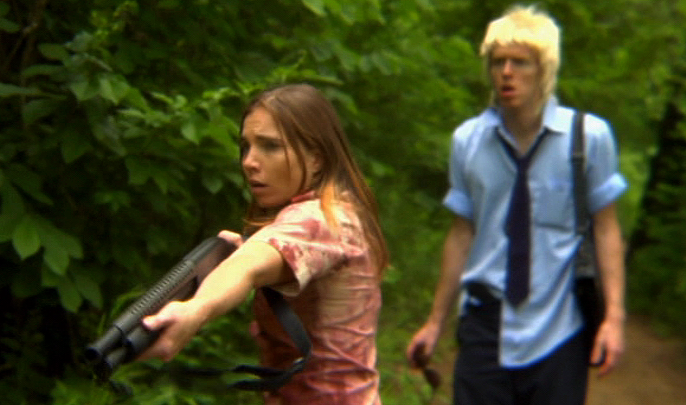 But don’t expect to get hit over the head with social commentary. At the end of the day, this movie just wants to be pure unadulterated fun…at which it more than succeeds.

I’ll give this film my standard “It’s definitely not for everyone” warning. But, for those connoisseurs of brilliantly bad Troma-esque horror comedies (and 80s cult classics like Street Trash and Dead Alive), this is one of the best I’ve seen in a very long time. It’s highly original, laugh out loud funny, surprisingly intelligent in its stupidity, wonderfully subversive and — most importantly — exceptionally gory. It’s actually quite astounding how good the practical effects look given the very minimal budget.

BUT, WAIT, THERE’S MORE! GET READY FOR THE TAINT SOUNDRACK ON VINYL. 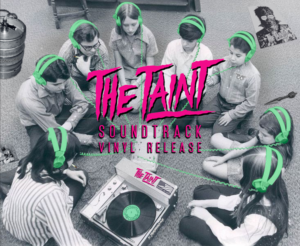 After watching this movie, I immediately had the following two thoughts: I need this movie on VHS, and I need this soundtrack on vinyl. Sadly, I missed out on snagging a limited VHS release, but I can still make my vinyl dream a reality.

Drew has launched a Thunderclap campaign https://www.thunderclap.it/projects/43960-the-taint-on-vinyl to generate buzz and support for the upcoming vinyl release. You have until August 17th at 9:00AM EDT to pledge your support, which basically just means you agree to do a one-time promotion for the vinyl on Facebook, Twitter, or Tumblr. After that, Drew will announce pre-sales (perhaps combined with a fundraising campaign) for the record.

And check out the insane trailer for THE TAINT below (NSFW). You can watch the movie on Troma Now (Troma’s subscription streaming service) or order a DVD for only $9 from the Troma store.