From Black Fawn films and director Chad Archibald comes a stylish, well-made horror film about a fiendish cult and its horrible plans for a young woman in distress.

While not necessarily breaking any new cinematic ground, The Heretics tells the captivating story of Gloria (Nina Kiri), the former victim of a mask-wearing cult, who is now struggling to live a normal life with her partner Joan (Jorja Cadence). Joan, too, has had her own share of suffering and the two seem to have bonded over their tragic pasts.

In a vivid nightmare sequence, audiences see Gloria years earlier when the cult members tied her up, slit their own throats, and bathed her in their flowing blood. This scene, among many others, is one of the film’s highlights, and it sets the macabre mood for the narrative that unravels.

But in a unique and unexpected twist, Gloria is suddenly kidnapped by one of the former members of the cult, a brooding man named Thomas (Ry Barrett). Thomas doesn’t want to hurt Gloria; he actually intends to keep her safe from the nightmares and demonic visions that plague them both. Meanwhile, Joan becomes determined to find and rescue Gloria, revealing in various scenes her more-than-unhinged side.

When Joan commits a ruthless and barbaric act, the audience realizes that no character in ‘The Heretics’ is completely trustworthy. This dynamic makes for an entertaining watch; although many parts of the film are somewhat predictable, Archibald and his talented actors infuse the movie with enough surprises that the story remains fresh and chilling in equal measure.

From this point forward, The Heretics amps up the hallucinatory imagery as Thomas reveals more of his plan to Gloria and Gloria herself begins to…change. Joan continues her search for Gloria as the audience learns more about her character’s past and the reason for the criss-crossing scars all over her back. 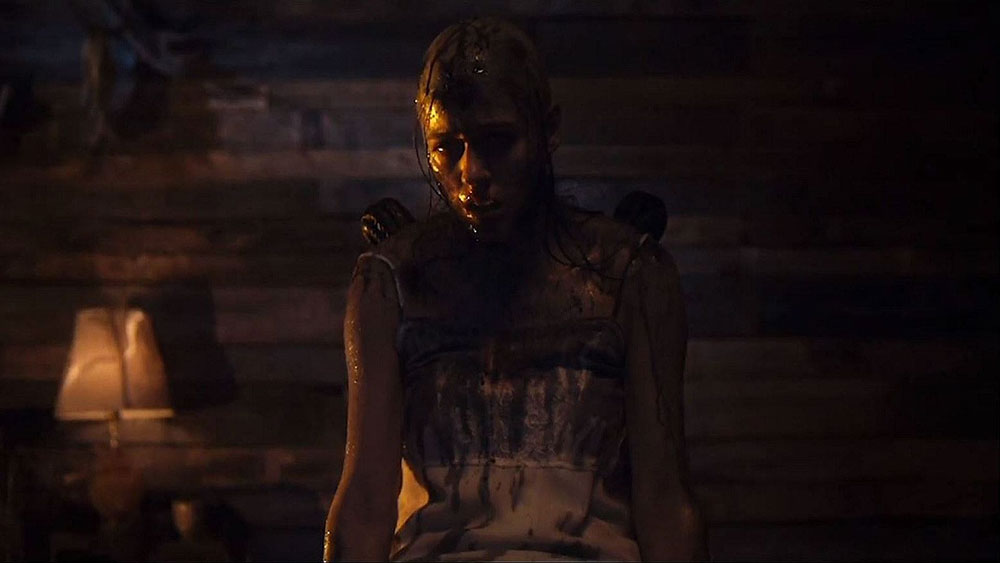 The main characters in the film are all fully-developed and believable and — while the dialogue remains pretty generic — they all act and behave in ways that we would expect them to given their bizarre predicaments.

Moreover, The Heretics looks fantastic, with sleek cinematography, colorful and nightmarish imagery, and enough blood-spill to fill a cult’s cauldron. In the end, the film relies more on such imagery and other dream-like sequences to move forward its plot, but thankfully these scenes are effectively eerie and strange.

The reasons that Thomas abducted Gloria are delightfully kooky and “satanic,” and Gloria as the protagonist keeps the audience second-guessing all the way to the very end. The conclusion of the movie mingles fantasy and body horror to memorable effect.

Performance-wise, all of the actors in The Heretics hit their mark. The stand-outs are Kiri and Cadence, who carry the film impressively and embrace the violent trajectory of their characters’ arcs. The various cult members, in their wooden masks, are terrifying, while the gruesome special effects look better than those in films that cost three or four times as much.

Eerie and brimming with harrowing imagery, Chad Archibald’s The Heretics will satisfy anyone experiencing the post-Halloween blues.