Once it gets in…no one gets out! 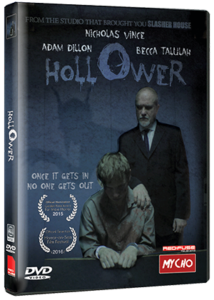 Mycho Entertainment is at it again with the recent release of their fourth feature film entitled Hollower. Director MJ Dixon and Producer Anna Dixon (formerly credited as Anna McCarthy) unleash a new wave of terror in this quaint, cunning and sly film. Hollower is attached to the Slasher House franchise timeline, picking up and keeping speed with the character of Nathan Robbins from the former film.

As an avid horror film watcher, there are certain films that dig deep beneath the surface and nest under your skin. Having become desensitized over many years due to the quantity of horror films viewed, I’ve had to find new aspects to ogle over and psych myself up for. This is one of those films.

‘Hollower’ is not your typical horror film. In a way, this film is more of a taut psychological thriller than the average categorized genre film. In my opinion, ‘Hollower’ is extremely reminiscent of Adam Green’s powerhouse film ‘Spiral’. A downward fallout of one man’s struggle with his own inner demons. Mind boggling and severely intense, this film will leave you inquisitive until the last drop. 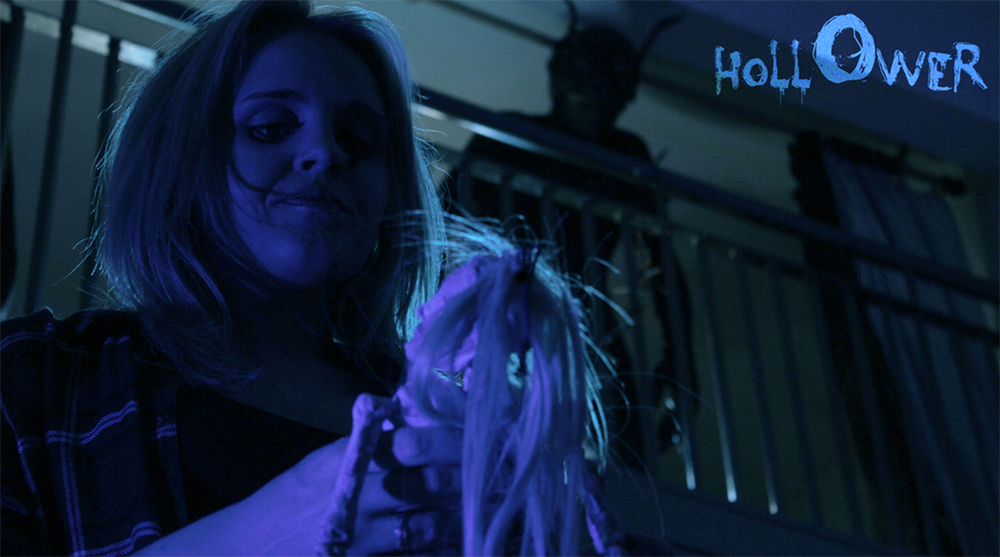 This is not a gore filled scare fest. Instead, it’s a slower paced, well-built film that rises with each scene to an exquisite, unexpected climax that will have you retrieving your jaw from the floor. Disturbingly carved and well thought out, this film will be stuck on a never ending loop, replaying inside your head for days to come.

Adam Dillon returns from his previous appearance in Director Dixon’s film Slasher House, once again tasked with taking on the role of the dark, shy and mysterious Nathan Robbins. What Hollower does is backtrack by explaining and advancing on the backstory of The Red Angel’s co-pilot from the original Slasher House. In doing so, Hollower allows its viewers to take a peek at the underbelly of a truly disturbing and yet all too real situation that hits close to home for many. 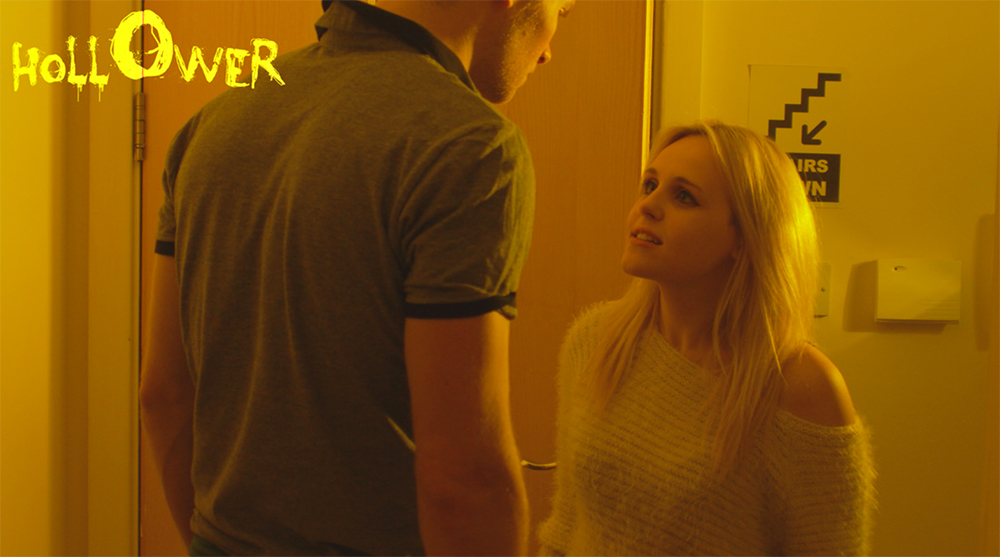 The story begins as Detective James Miller, played by co-star Nicholas Vince (Hellraiser, Nightbreed), questions a dilapidated Nathan Robbins about previous events responsible for landing him in his current situation. Detective Miller prods Nathan, trying to excavate what it was exactly, that led them to the unfortunate interrogation. It all methodically unfolds, as they slowly but surely piece together the events.

Nathan, who suffers from a debilitating disorder, agoraphobia, meets his new neighbor, the lovely and beautiful Isabelle Carter, sparking an interest, giving him the tingles. He decides that it’s finally time to try and break down his barrier, recently formed by the disorder, in hopes of finding love and companionship. However, something sinister awaits, something evil, something that lurks in the darkness. It wants Nathan, and once it gets in, no one gets out. 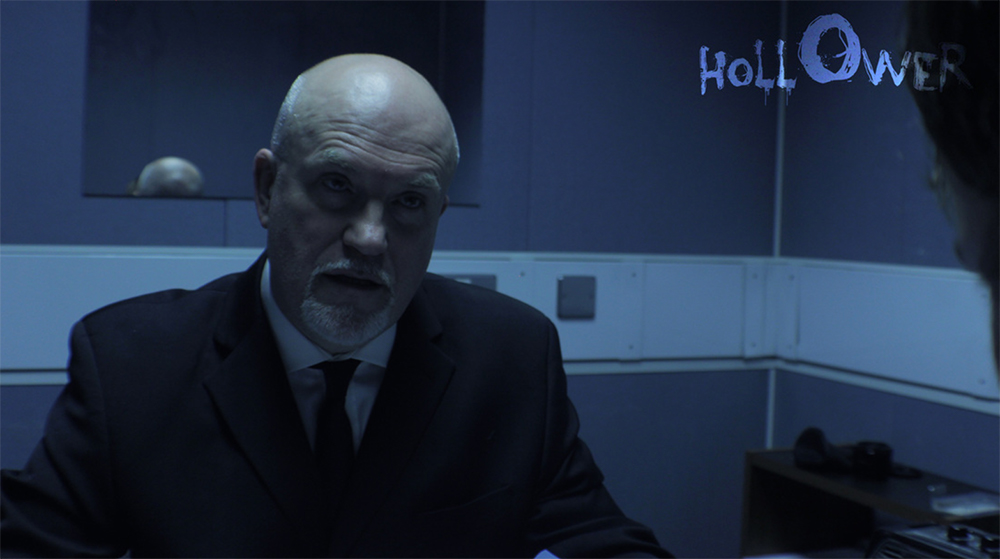 Agoraphobia is a crippling condition that many don’t entirely understand. It’s an extreme or irrational fear of crowded spaces or enclosed public places. Approximately 1.8 million people worldwide suffer from the anxiety disorder. Adam Dillon’s portrayal of the disorder was fantastic. He fully embodied the role, delivering a real, believable and exceptional interpretation of a person plagued with the condition. Yet again, Dillon divvies up an uncanny, surreal performance in this quiet, heart pounding shocker.

This film whispers like a disembodied voice in the dark. Stylish and spellbinding. A comforting kiss from a stranger. Brash and courageous. Cuts deep like a nighttime knife fight. Stealthily clam, while silently screaming in the back of your head. 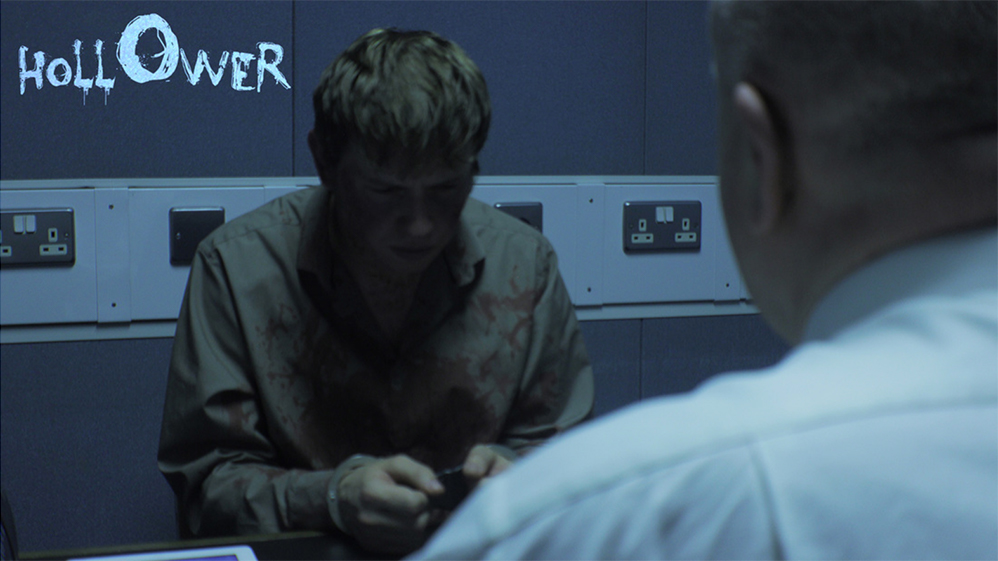 One thing I was very impressed with was the sound and music for the film. It fit perfectly, like a glove. What really captured my attention was the jolly upbeat music in particular scenes. There’s just something about happy music in a horror film that warms my heart. I have an affection for films that associate children songs or joyful songs with horrific happenings.

The lighting was much better than previous films and the sets were very minimal, rendering them virtually unimportant. There wasn’t much in the line of costumes either, which really didn’t matter much, since that was not the focal point of the film. However, the costume used for the Hollower, aka the demon, was breathtakingly scary, inspiring and magnificently fabricated.

The writing/screenplay was superb for a script with non-existent gore. 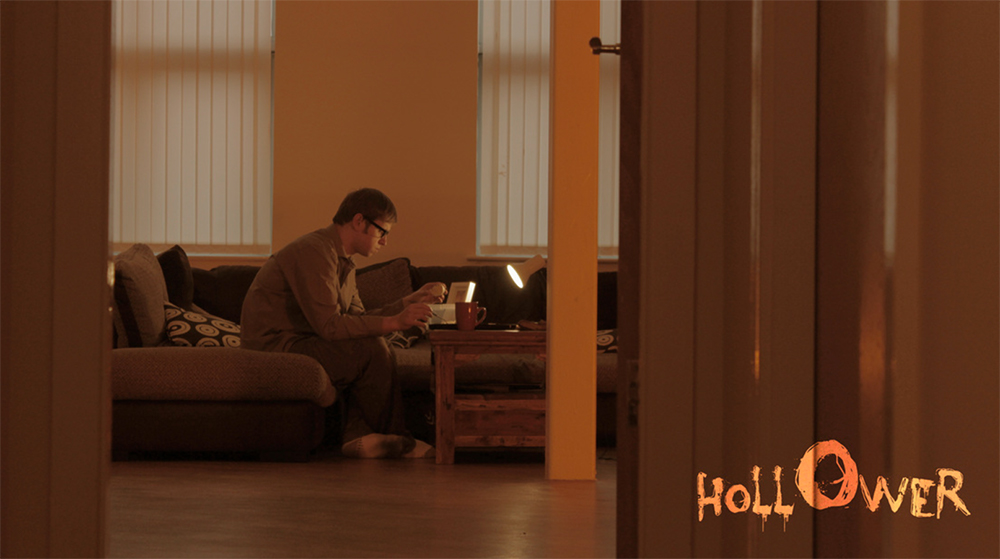 One thing Dixon does well is the writing for his films. The writing tends to improve with each film Mycho releases, along with the dialogue. In my opinion, writing and dialogue are a few of the tougher aspects of film to perfect as you never know what the intended audiences take on it will be.

Really the only qualm I have with this film is that the repetitiveness of certain scenes became a bit drawn out, and dare I say, a tad boring. I understand that repeating those scenes was conducive to the film, however I believe they could have used just a smidgen less. Once you get passed the repetitious part though, the film really starts to find its stride.

This is not a film for gore hounds or blood and guts lovers. This is a film targeted more toward fans of slow burn, psychological mind benders that really tether your thoughts and force you to think. It’s a delightful change from most of the tailored horror flicks presented nowadays.

This film boldly receives 2 out of 3 scratches on Monster’s rating scale.

So as always, broaden your horror depth and checkout Mycho Entertainment as they continue to burst the bubble. Also make sure to pick up your copy of Hollower today on DVD or VOD. It’s definitely not one to miss.