For this month’s Toy Box, let’s explore some seriously sick horror shorts from none other than the micro-budget Masters themselves, MJ and Anna Dixon. 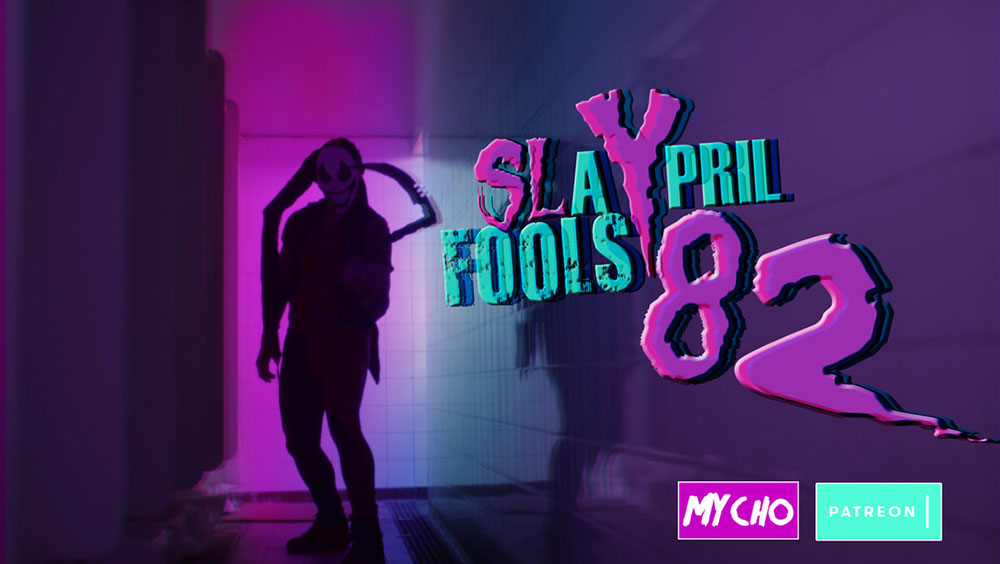 Mycho Entertainment, run by MJ Dixon and Anna Dixon, is once again up to no good. This time, they are bringing fans some original horror short films via their Patreon page. That’s right, alongside their feature films, they’re also currently working on building their horror short catalogue with some truly slasherific shorts. If you haven’t checked them out yet, what are you waiting for?

Mycho recently released their short film Slaypril Fools 82, a throwback to classic 80’s slashers. It’s their third installment in the Slaypril Fools Day series about killer Jeremiah Proctor aka Prankster, which is available to watch via the Mycho Entertainment Patreon page. The shorts are part of an ongoing project in which the fake Slaypril Fools Day trailers play in the background of the Mycho feature films. 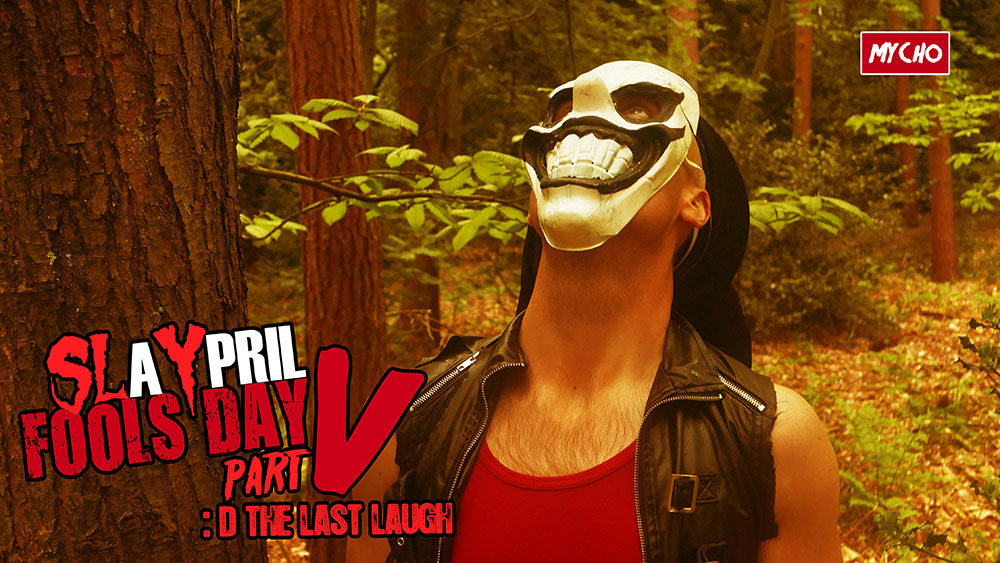 Their short film, Slaypril Fools Day V: The Last Laugh, is a compilation of fake trailers for Slaypril Fools Day, running from part 1 all the way through the beginning sequence for part 6: Miami Slice. Without a doubt, this is the pinnacle of what Mycho shorts are all about. The film stars Georgie Smibert, who is fantastic as always and never fails to entertain.

It’s also part of the Grindsploitation Trilogy, which is available on DVD for purchase from Troma Entertainment. 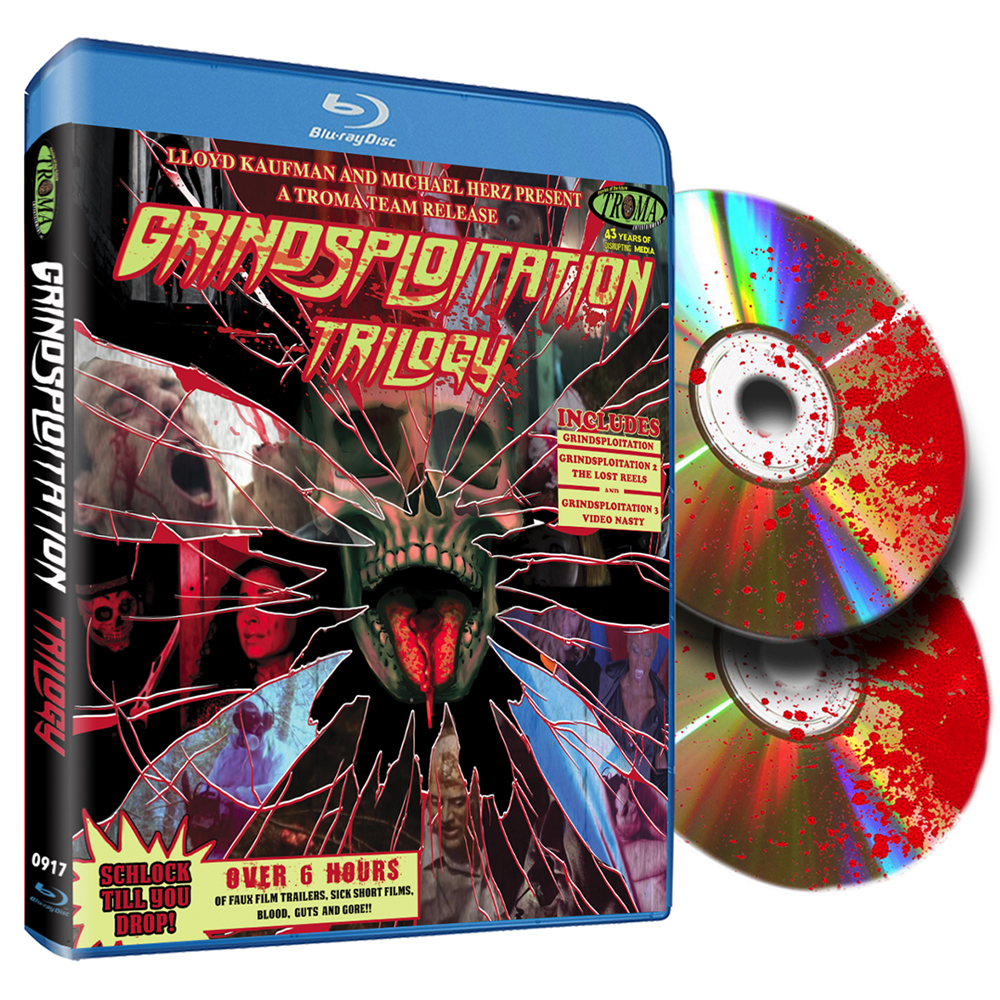 There are some really phenomenal shorts that could easily take home the top prize at any festival circuit.

The company has some top notch feature films, but the shorts are where their talent truly shines. Their camerawork is some of the best around. And with shorter stories they’re able to really showcase their unique stylings.

They also have a couple fantastic Halloween shorts that are absolutely terrifying. They’re better than the majority found in most of the seasonal anthology films. Rough Patch is a spooky tale about a human scarecrow, and Trick is a terrific exercise in the spirit of Samhain. Be sure to check these out — and be on the lookout for a new short dropping this October. 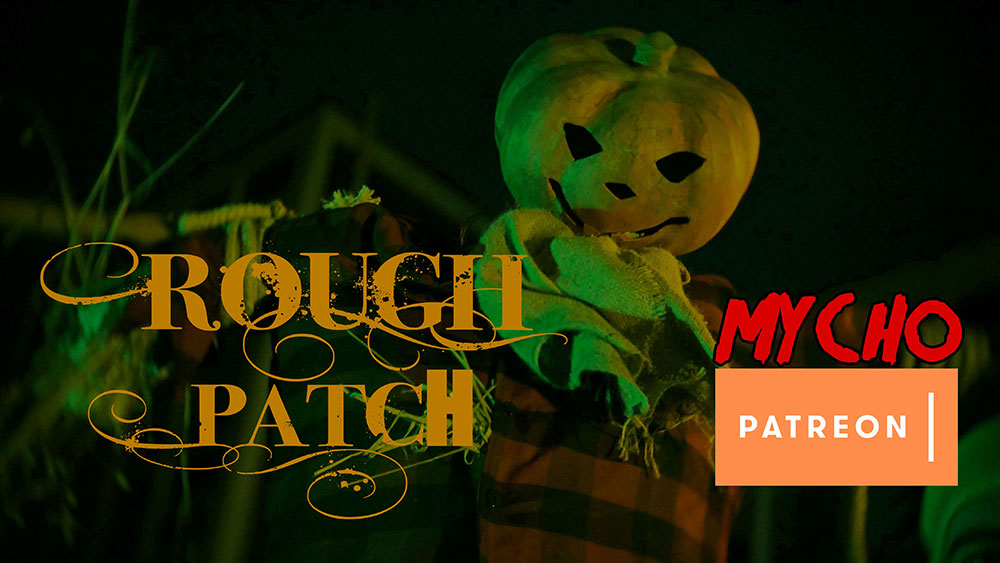 There’s also the absolutely chilling, In Tents. It’s like The Blair Witch Project (1999) meets The Monster (2016). There aren’t many films that demented or scary, and it’s only a 3 1/2 minute short. It’s so good, it’s guaranteed to give you night terrors.

In Tents is available for free to watch online and at their website, along with a few other cool shorts like Eye Spy and Wishmaker.

To add to their already beefed up lineup, the company also created a short prelude film for Bannister DollHouse and the Thorn films. They’re definitely must see content if you’re a fan of the full length features. 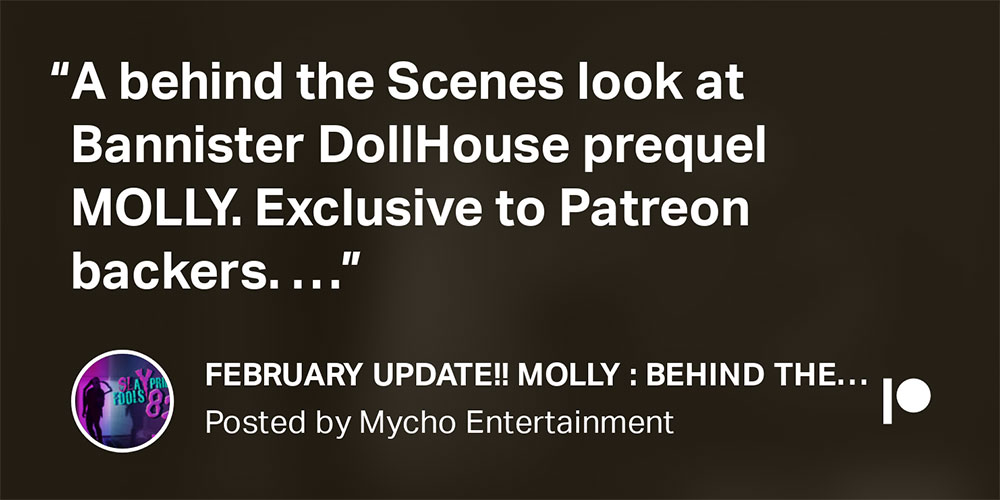 Mycho is said to have plans to produce a web series in the near future as well, with a tad more help over at their Patreon page. For as little as a dollar a month, you can help this amazing studio bring fans twice the content and twice the scares.

Mycho’s shorts are like tiny little vials of nightmares, each with enough fear to keep you warm through the night.

They tantalize and terrify like a comfy bed of nails — and are bound to leave you screaming in horror. So head on over to https://mycho.weebly.com and check out their scream stealing shorts today. You will not be disappointed.