Passionate, horrifying, and filled with unbridled rage, “Hunter Hunter” from writer/director Shawn Linden is a powerhouse film you will not soon forget.

FILM SYNOPSIS
Hunter Hunter follows the Mersault family, who live a hard life in the remote wilderness, earning a living as fur trappers. Joseph (Devon Sawa), his wife Anne (Camille Sullivan), and their daughter Renee (Summer H. Howell) are in a constant struggle to make ends meet. When their tranquility is threatened by the return of a rogue wolf, they find out what it takes to survive.

Hunter Hunter is a dark, powerful portrayal of survival at all costs, and what a mother is capable of when pushed to the end of her sanity. Heartbreaking beyond belief, this film has one of the craziest endings of the year, maybe even of the decade. If 2020 was a movie ending… this is it

The Canadian wilderness, where the movie was filmed, is beautiful, isolated, and looks incredibly cold. The Mersault family calls the merciless backcountry their home. Surviving on the money they get from fur trapping, Joseph, Anne, and Renee spend their day-to-day time just like their ancestors would have done hundreds of years ago. The only visible technology to be seen is a truck and walkie talkies.

Joseph sets traps, and hunts, while daughter Renee learns how to use a gun and help him with the snares. Anne cooks, takes care of the house, and home schools Renee. But the price of furs has gone down, food is scarce, and a wolf is stalking them, and stealing their catches right out of the traps.

With the prospect of going hungry a real thing, Joseph decides to go hunt down the wolf. They will never be safe until it is gone. While out in the woods, Joseph finds something unexpected and very unsettling. He keeps this discovery from his family and returns to the location with some traps. Things don’t go as planned though, and Joseph never makes it home. Anne and Renee are left to survive on their own.

Hunter Hunter moves forward with an even, deliberate pace, that could be considered slow burn; yet, it is so relentless there is never a moment to breathe. 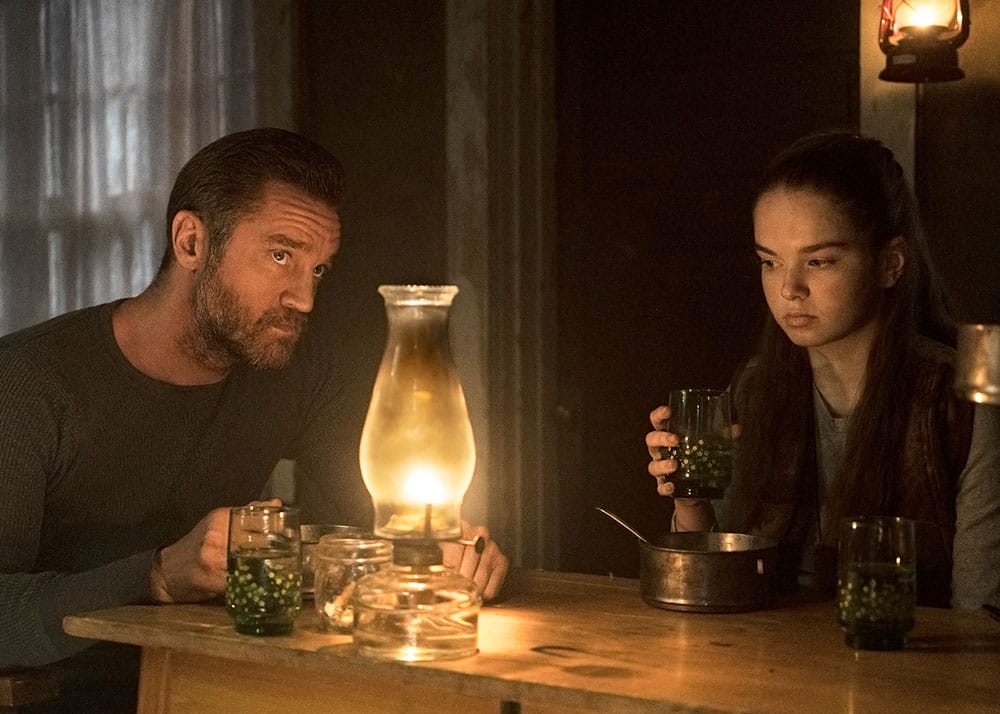 The film continues to a climax that is like a blunt force trauma to the head. I was completely blown away by the impact this film had on me.

Director Shawn Linden, who also wrote Hunter Hunter, has created an amazing and imaginative film, that fits into the survival thriller genre but is so much more. Atmospheric as hell, everything works perfectly in this merciless and haunting tale.

Linden deliberately leads us astray with the wolf, who is a threat on his own but is also responsible for bringing another enemy to their home, in the form of a stranger named Lou. Played incredibly by Nick Stahl (I loved him in Carnivale), everything about him is terrifying. The severely injured Lou is saved by Anne before she realizes how dangerous this new predator really is. Their paths should never have crossed; sometimes life is truly not fair.

This is one of the few films I have seen in a long time that I can find no fault in. 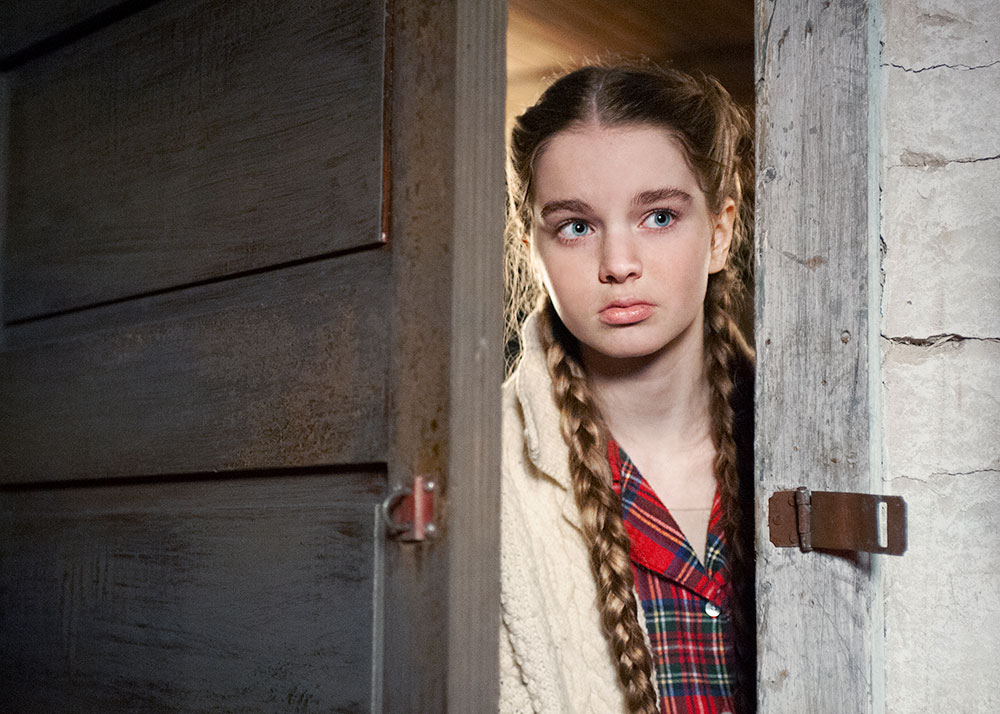 The casting was perfect, the cinematography beautiful, and the SFX were phenomenal. I fell headfirst into the spell of Hunter Hunter and could barely come up for air.

Devon Sawa as the stoic and people hating Joseph, and Summer H. Howell as daughter Renee, were fantastic. Lauren Cochrane and Gabriel Daniels as the municipal officers also were very believable. Many times, in genre films, the police characters don’t seem very real, but these two were great.

But what made Hunter Hunter work, the driving force of the film, was Camille Sullivan as Anne. Wife, mother, warrior, survivor. I could feel like it was my own, her paranoia and terror. I cried so many times for her, even as her mind snapped. Watching her multi-layered performance was a joy, and I hope to see this Canadian actress in many more films.

I love this quote from Shawn Linden, which really sums up the feel of the film:

“HUNTER HUNTER is about the pursuit of a predator, the dangerous task of chasing after something that isn’t designed to run. Every animal will resist being made a victim, but only a few have the tools necessary to change the outcome; for a hunter of hunters, the lines between predator and prey, victimizer, and victim, good and evil, are hopelessly blurred. And in the end, the pursuit of one killer gives way to the creation of another. Because out there in the wilderness, we’re just another animal.”

Hunter Hunter is a brutal, unnerving film and might not be for everyone. 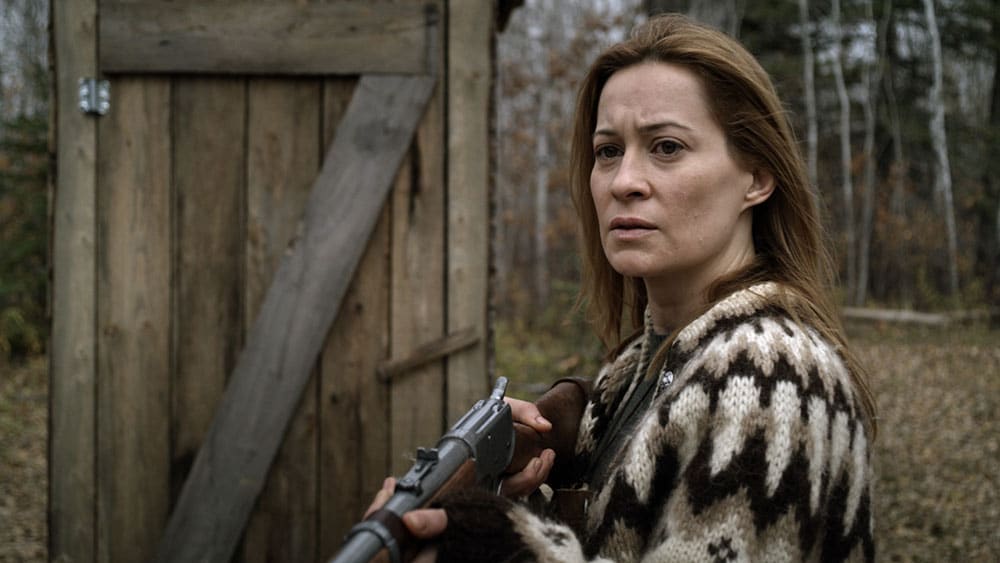 This is true horror because it makes us realize how many threats to our well-being there really are out there. I wholeheartedly cared about this family. They were so authentic, and I wanted them to survive.

This is a tragic story with one of the most unforgettably twisted endings in horror history.

I can honestly say this goes on my list of best horror films for this decade. Even though this is a movie that is not for the faint of heart, Hunter Hunter definitely needs to be added to any horror fan’s must-see list.

Overall Rating (Out of 5 Butterflies): 5
FINAL THOUGHTS
Superb performances from a talented and intimate cast, bring to life the intense and brutal story.