Demon Hunter is an incredibly fun, action-packed thriller that introduces us to one seriously bad ass, ass kicking heroine 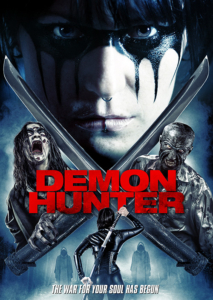 Somehow Demon Hunter is Buffy the Vampire Slayer meets The Craft meets Blade all wrapped up into this strange 80s and 90s vibe that actually totally works. While it’s not perfect, it’s a lot of fun.

Taryn is a young woman who has been arrested for killing a stranger and chopping off his head. Detective Beckett is assigned the case. He recognizes Taryn from when she was young and he failed at finding the person responsible for killing her sister, Annabelle. But Taryn is a much different person now and Beckett soon finds himself wrapped up in a bizarre supernatural hunt for his own daughter as well as the killer of Annabelle. 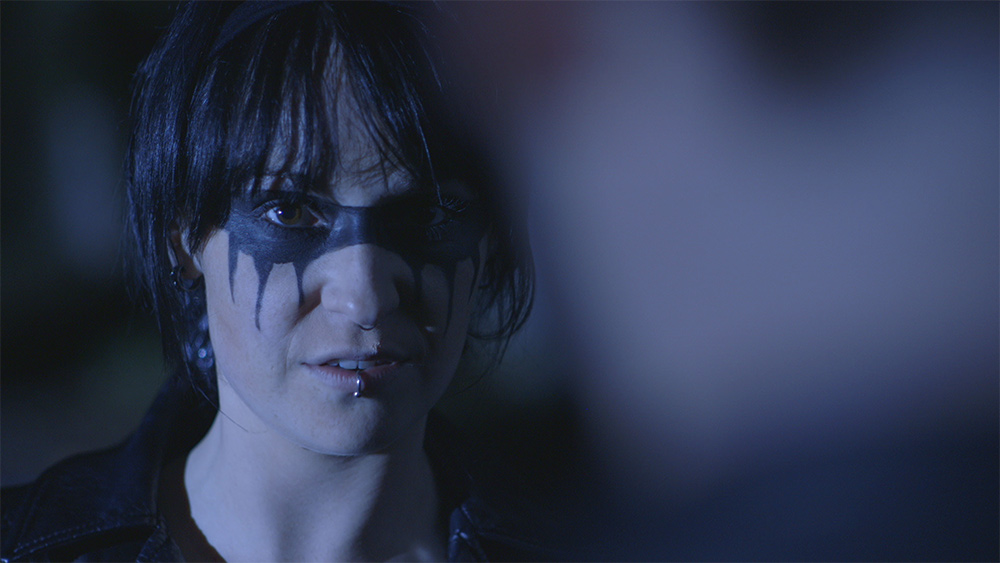 First off, Taryn is BAD ASS. Played by Niamh Hogan, it’s refreshing to see a girl lead who just gets to be her ass kicking self without some sort of sexual trauma leading to her eventual redemption story. Granted, her sister was murdered, but Taryn takes matters into her own hands to seek justice.

She meets with a mysterious man named Falstaff who promises her revenge but instead begins to lead her down a dangerous path. Luckily there’s a group of quirky but dangerous people who save her and have her join their group – they call themselves demon hunters.

The lore in this film is a little murky but it’s got enough logic to get you through the film. This storyline itself would make a great TV show because it would have more time to flesh out and really create the demons and the magic. Or even a comic book! I would throw all my money at this if it were a comic book.

If anything, the end of this movie just made me wanting more with Taryn and these demon hunters. The group is super cool and I kind of want to go be a part of them and hunt demons now.

One thing a little off about this film was the coloring – again this is the 90s vibe, but it was really distracting. The first part of the movie is super blue, and then at some point it all turns red. I understand what they were going for, but it didn’t work well at all.

Where “Demon Hunter” is strongest is when it’s a supernatural murder mystery with ritualistic murders and a sword wielding badass woman. There’s some great creature effects, plus a little bit of gore. And while there are no scares, there’s some pretty spooky demons.

Written and directed by Zoe Kavanagh, this is her first full-length feature and it’s a grandiose attempt that hits most of its marks. I’ll be interested to see what she brings next to the table.

Demon Hunter is basically a love letter to Buffy the Vampire Slayer, but I’m here for it. Add to your watch list for October, and you won’t be disappointed. It’s a fun, kick ass, horror thriller that will get you amped up…but also kind of paranoid that everyone is a demon!