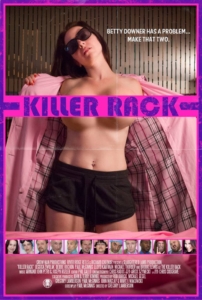 Star Jessica Zwolak plays Betty, a hard working, girl-next-door type who feels ignored in her relationship and at her job because she lacks big boobs. Her well endowed co-workers are getting promoted and her loser boyfriend would rather go to the strip club than fool around and have sex with her. So after seeing a questionable breast enhancement commercial, Betty decides to go for a consultation with Dr. Thulu that ultimately leads to the operation and new bigger boobs. Of course she’ll soon discover that her new killer rack is just that, 2 flesh eating mammary monsters with an appetite for human flesh! 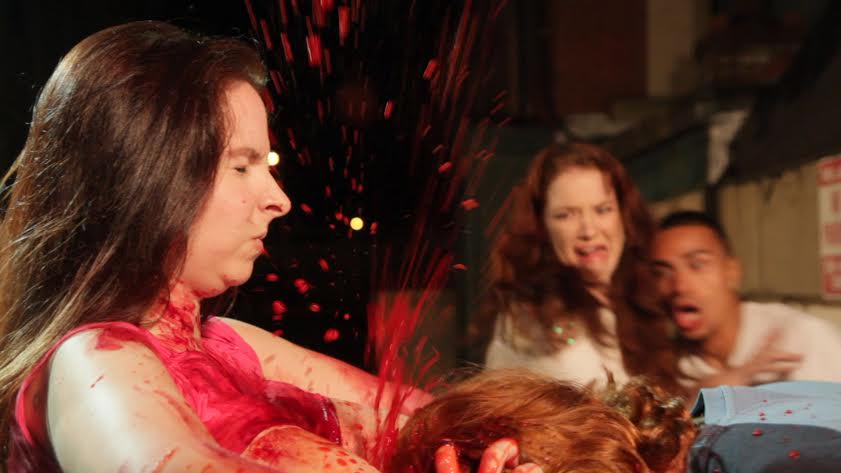 Before the operation takes place, Killer Rack establishes itself as an off kilter world with a heavy Troma influence with outrageous sight gags, endless sexual and anatomy themed jokes, and an array of over the top and whacky characters. All of this is highlighted by Lloyd Kaufman himself as Dr. Foin and some garbage cans in the film being labeled Tromaville. Kaufman’s role is anchored by a hilarious song and dance number featuring a crazy catchy tune exclaiming, “all you need’s a pair of airbags…”

Everyone in the cast is very dedicated to the zany and goofy tone of the film and there is a cohesive feel among the actors and performances that reflects strong direction from Greg Lamberson. There is a general sense of a good time had by all on set that successfully translated to the screen and can be felt by the audience. 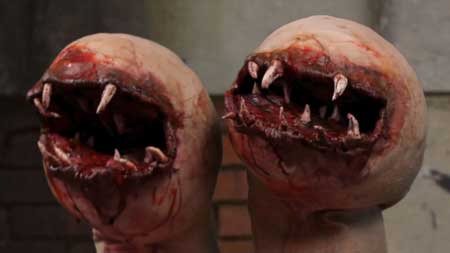 Lead actress Jessica Zwolak has an easy going, every girl quality. She is sweet and believable and completely charming in an absolutely wonderful and funny performance. Her portrayal of Betty is easily the heart and soul of the film as she is extremely likeable from scene one.

Debbie Rochon as quack Dr. Thulu is at her crazed & comedic best, it’s a lot of fun to see her being funny. Rochon always carries that crazy glint in her eye from film to film and this one is no different except this time it’s accompanied by laughs instead of screams. 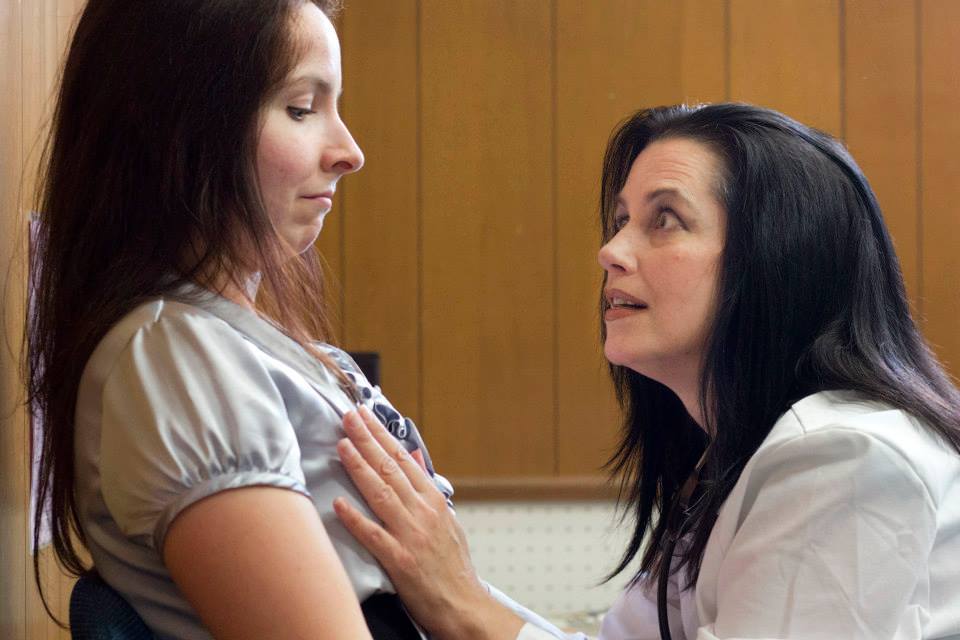 Do all the jokes land successfully? No. But Killer Rack has multiple jokes and gags in every scene and it’s shotgun blast approach goes for broke and the audience I saw it with had constant laughter throughout the film.

It is very funny and very confident in what it is: an outrageous and ridiculous screwball tale about boobs that eat people. And I loved it.